This is a sad tale of a fatal medical error, lack of care and lack of caring.

Bob and Lorraine, both in their 60s, were my landlords. They lived across the nearly two-lane road in the house they built over Adobe Canyon Creek in Sonoma County, California.I was Bob and Lorraine’s doctor. This was not in the come-to-my-office sense. Rather it was in the I’m-the-only-medical-person-in-the-family sense.

Bob developed a Dupuytren’s contracture. This is a condition which is where a finger, or fingers, is drawn down toward the palm. The connective tissue thickens and shortens, so moving the affected finger(s) is difficult.

The treatment is surgery. I recommended he see one of the top plastic surgeons in town. Another friend did Bob’s anesthesia, blocking the nerves leading to the hand, much as dentists block nerves in your mouth. This allowed Bob to be awake during the operation.

I assisted with the case and we all—patient, surgeon, assistant, and anesthesiologist—chattered together during the case, sharing jokes and laughing.

Bob’s hand healed well and he would often hold it up, showing the scar and proudly saying, “Maggi is my doctor.”

Lorraine and I were particularly close. She listened to me in good times and bad. She saw me through each of my parent’s deaths, medical residency, my first years of medical practice, moving to Denver, and a devastating break-up.

We kept in touch through telephone calls and writing. I looked forward to each handwritten letter. Lorraine had been a looker in her younger years and Bob had swept her off her feet as a handsome and cosmopolitan young man from an old New Orleans family.

Each time I visited the Bay Area from Denver, I added extra time to drive over the Golden Gate Bridge to visit them. By the time I turned the car around in the circular driveway, Lorraine and Bob had stepped off the porch to greet me. Sonoma County always felt like home.

We hugged, walked up the three stairs to the threshold, and sat in the living room. After a brief catch up, Bob drove Lorraine and me to the local family-owned restaurant.

Bob’s eyesight began failing from macular degeneration. This, unfortunately, is a common cause of age-related blindness. The macula, or central retina, degenerates and, therefore, cannot capture images to send to the brain to interpret. Twice, he nearly had a car accident as he turned onto the main highway.

Lorraine was getting increasingly forgetful and was anxious about becoming senile. Their only child and his wife, Glyn, and Jane coaxed them to move into transitional housing to be near them, about 120 miles away.

Bob and Lorraine had lived in their house for decades. They left the area and their friends reluctantly and with many tears.

I continued my tradition of visiting Bob and Lorraine whenever possible. I usually stayed with their son and his family. Jane told me Lorraine could scarcely contain herself when she knew I was coming to visit.

She was happy from the time I called to let her know I was coming until long after I departed. I have often thought since then of the power in spending time with people—in just showing up.

Gradually, our roles began reversing. Lorraine and Bob had always looked after me from afar. Now I was looking after them, adding whatever little I could to Glyn and Jane’s excellent caregiving.

Lorraine’s “forgetfulness” was early dementia. She steadily declined from independent living in their transitional housing facility with daily assistance to needing more care than the facility could provide. She had to move to long-term care.

All the while, Bob’s macular degeneration progressed to where he could no longer read. The closest facility for Lorraine was two hours and three bus routes from the apartment she had shared with Bob. Bob, virtually blind, visited her once or twice every day. Lorraine often did not recognize him. But he stayed, talking with her and holding her hand.

Bob became ill with a chest infection and was treated as an outpatient. After treatment, he was admitted to the hospital in a confused state.

“I see spiders,” he said to Glyn as he picked at the air from his hospital bed.

Glyn told Bob’s doctors he had been a perfectly coherent, a spry 88-year-old before his hospital admission. The doctors seemed indifferent.

As often happens with old people, after his acute hospitalization, Bob was transferred to a nursing home. When he arrived, the staff immediately returned him to the hospital, saying he was too sick to be in a nursing home and suggested further evaluation and treatment.

I flew from Denver to California to be with Bob and his family. I wanted to see what I could do to sort out Bob’s medical care.

But, he died before I got to his bedside.

Reconstructing the cause of death

On the surface, this might seem to be just another death of an elderly man. Often when elderly spouses are separated, one will die.

As I sat with the family the day after Bob died. His granddaughter Ann, in her final year of medical school, and I reconstructed the details of Bob’s final days.

Bob’s physicians had started him on antibiotics a few weeks before his death. As we listened to the course of his illness and the timing of events, Ann and I began asking questions.

“Tell me again how he was acting,” I asked.

“Bob was seeing people who weren’t there and talking nonsense,” Glyn said.

I recalled the spiders. These hallucinations sounded like liver failure, usually caused by chronic alcohol use, but also caused by certain medications with a similar effect on the liver, especially in the elderly. Bob wasn’t a drinker.

“Do you remember what antibiotics he was taking?,” I asked.

“Was he getting regular blood tests while on the antibiotics?”

“I don’t know. He had blood drawn when he was in the hospital.”

Too few facts, but Ann and I looked at each other. I mentioned medication-induced liver failure.

Ann nodded her head and said, “That’s what I’ve been thinking.”

A medical error: Lack of care or lack of caring?

As near as we could tell from the limited facts, it appeared the antibiotics had damaged Bob’s liver, leading to his confusion, jaundice, and death.

In general, medications are processed by the liver or the kidneys before being excreted from the body. Some medications have well-known side effects on the organs. Specific antibiotics are notorious for this, especially in the elderly.

The standard of care is to check the liver enzymes in the blood. If the levels are up, it means the liver cells are being damaged. It was not clear to me Bob’s liver enzymes had been regularly checked.

It appeared to me that his physicians paid no attention to Glyn. And, that they considered Bob to be a confused old man who was grieving over separation from his wife. Perhaps they may have even thought of him as an old geezer not worth saving.

Too little, too late

A couple of days before Bob died, his physicians recognized he was jaundiced. His skin and the “whites of his eyes” were yellow because of liver failure. Bob was most likely confused because of the build-up of toxins, such as ammonia, from his liver’s inability to process them.

Bob probably died of the side effects of a medication toxic to his liver.

Had Bob been cared for by clinicians who remembered to check his liver enzymes, he might have lived through his illness. His medications could have been stopped or altered when the liver enzyme levels were elevated.

Had Bob’s care been coordinated among his many physicians, both outside and inside the hospital, I don’t believe he would have died from this event. He would have been alive for his granddaughter’s graduation, with honors, from medical school three months later.

First, do no harm

Failing to check liver enzymes in an elderly patient on certain medications is malpractice.  “Old” and “done for” are not synonyms. Primum non nocerum—first, do no harm.

Eventually, I moved on from my fourth-grade dream of being a small-town family practice doctor to working on health policy at the national level. I wanted to play a role, however tiny, in fixing our broken healthcare system.

Looking back on all my work in clinical care, regulation, health policy, public health, and business, through my journey through nearly every component of the medical industry, a driving force and motivating factor in all my work was my friend Bob and the medical error that killed him.

**Love our content? Want more stories written by physicians, nurses, patients and their familiies?  SIGN UP FOR OUR WEEKLY NEWSLETTER HERE**

This story was first published as “What Killed Bob, Lack of Care or Lack of Caring” in November 2017. It is being republished as part of a series focused on medical error and narrative-based medicine. 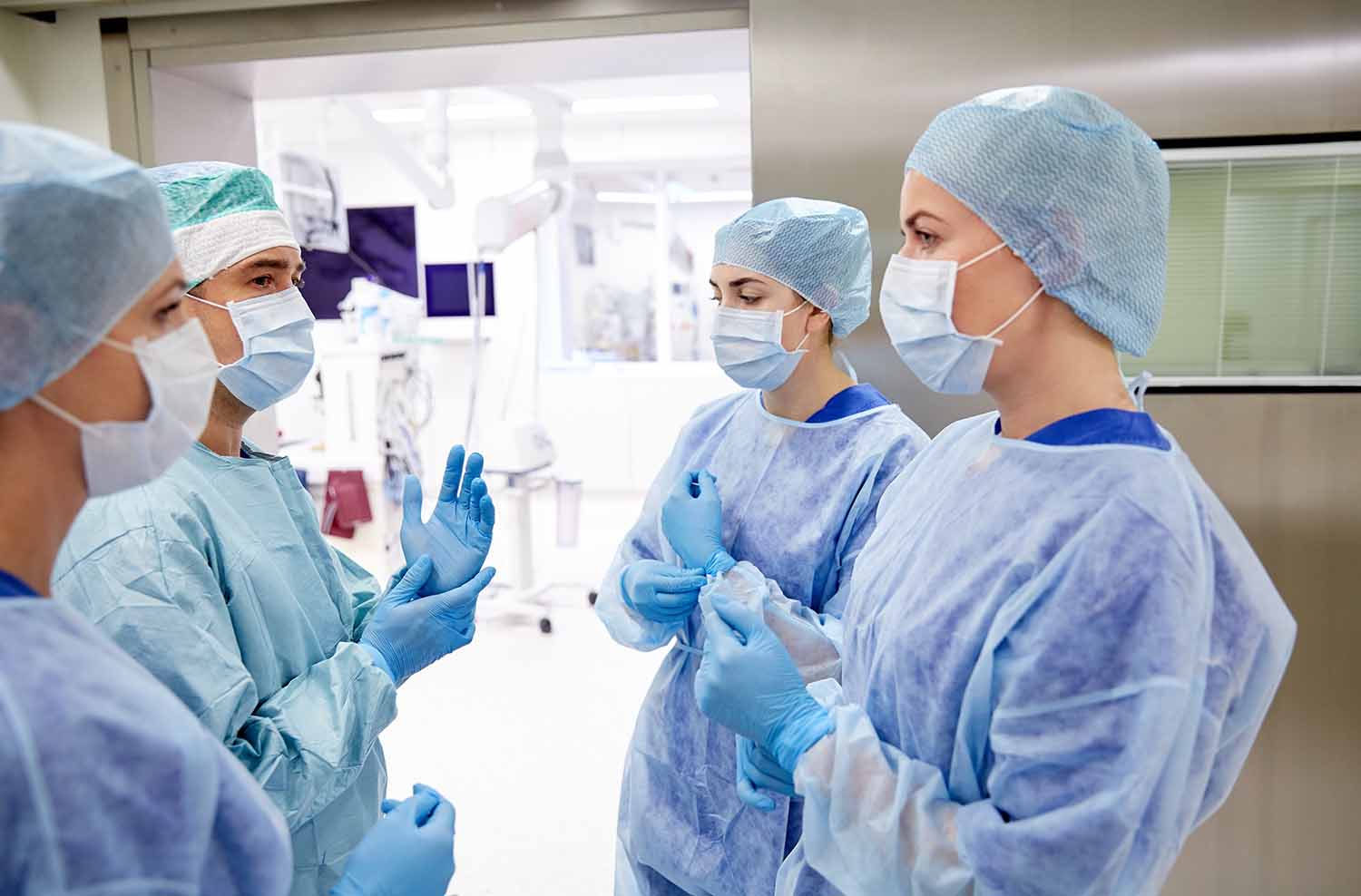 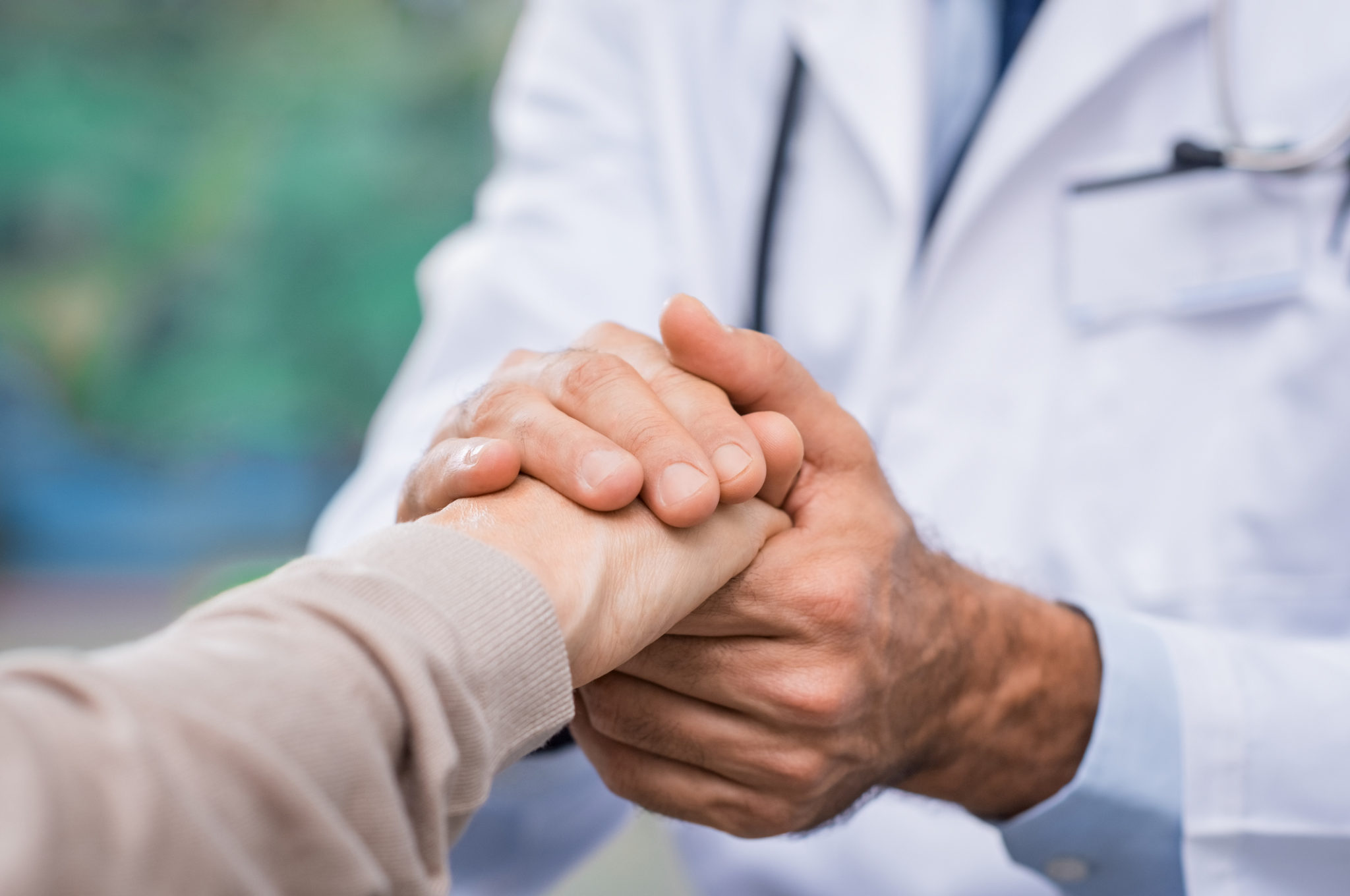 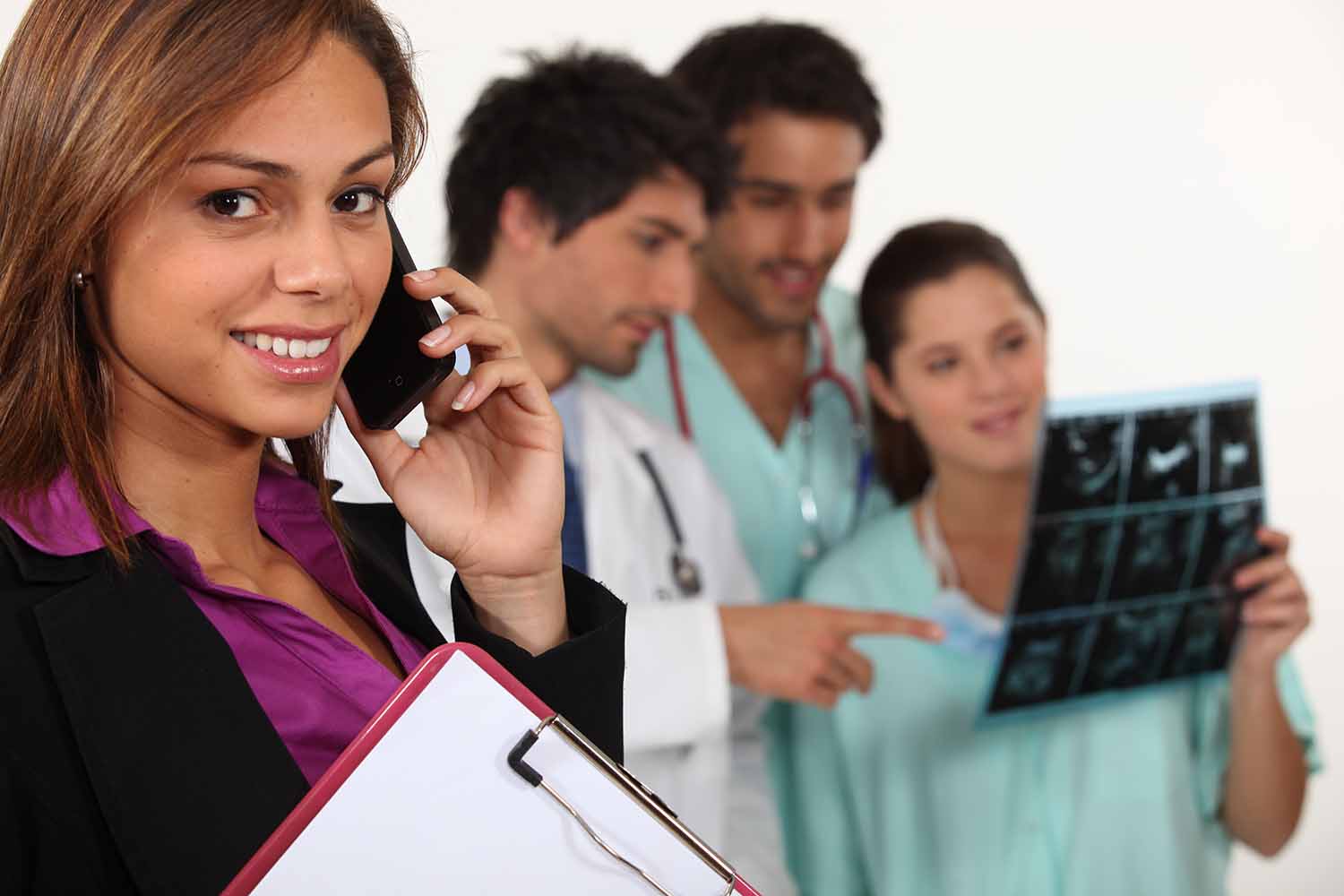 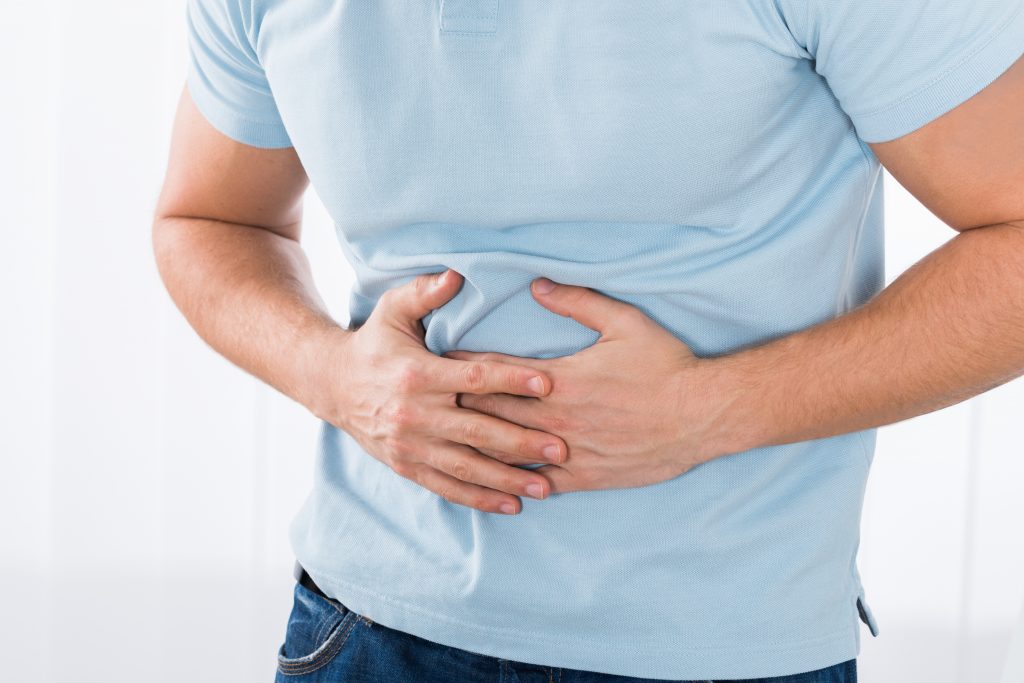 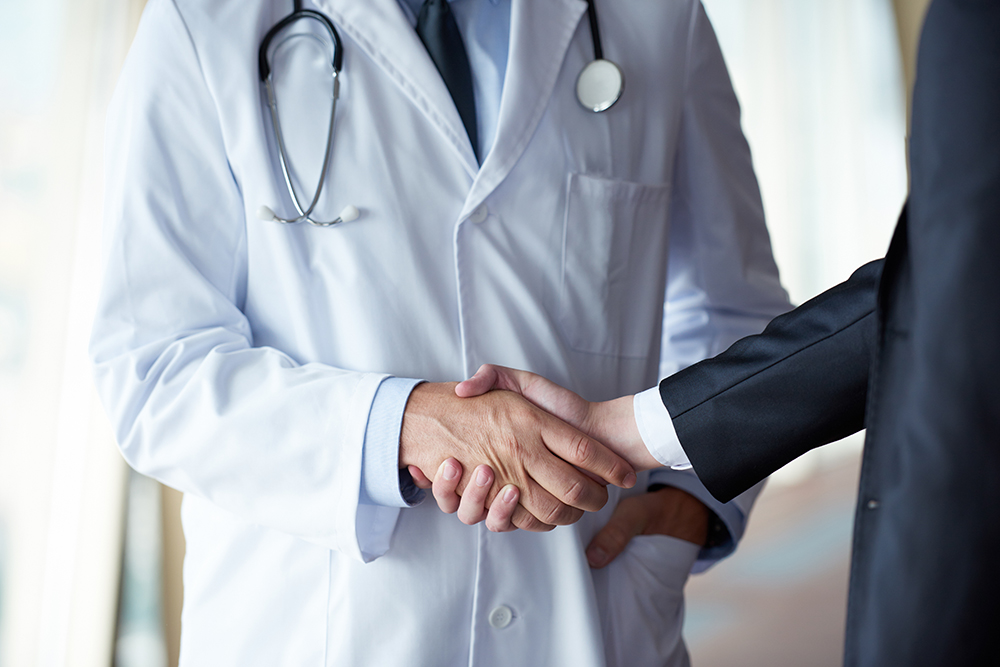