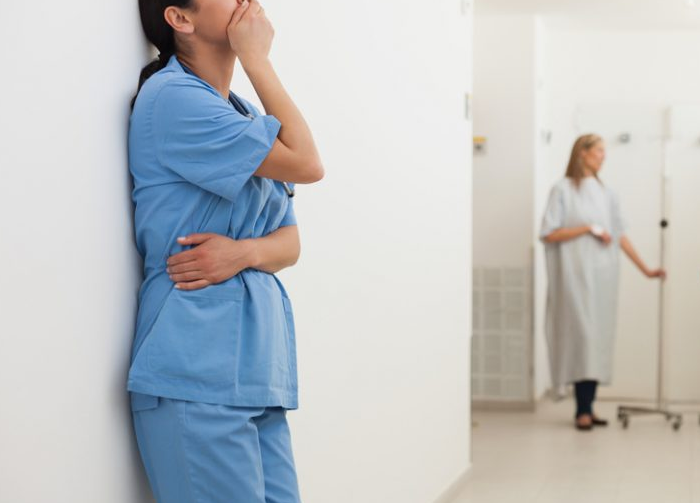 On Saturday, the 5th of November, 2011, my life fell apart when my only son Tyler left this world. Nursing errors led to his unexpected death.

One week before, on the morning of October 28, I received a phone call that no mother ever wants to receive. I was asked to go immediately to the hospital. And when I arrived, I was told that Tyler was found unresponsive and had suffered two cardiac arrests. I never got to speak to Tyler again.

Those days will forever be etched in my memory. While my heart will always ache from the loss of Tyler, I am telling his story in the hope that it will help prevent similar tragedies and that no parent will have to endure the pain of losing their child to nursing errors and unmonitored use of patient-controlled analgesia (PCA) pumps.

It started with a collapsed lung

In October 2011, Tyler’s lung collapsed for the second time that year. A collapsed lung occurs when air or gas leaks into the pleural space that separates the lung from the chest wall, and which may interfere with normal breathing.

The first time it happened, he was hospitalized, had a drain inserted, and that fixed the problem. The doctors, who performed this procedure, said that as Tyler was tall, young, slim, and male, it could happen again as his body type can be prone to this condition.

Unfortunately, it did happen again. However, this time, Tyler was not in as much pain and knew the signs of a collapsed lung. A visit to the local emergency department confirmed that he indeed had suffered another lung collapse.

After an overnight stay, the doctors said that Tyler would probably again suffer from this condition. So, they advised a procedure to prevent this from continually happening. This procedure, called pleurodesis, is a common procedure that permanently obliterates the pleural space and attaches the lung to the chest wall, thus preventing the reoccurrence of a lung collapsing.

The operation took place on the 26th of October. After the successful operation, Tyler was being cared for in the high dependency unit. That unit is where patients can be cared for more extensively than in a normal ward, but not to the same extent as that in the intensive care unit.

In order to manage the pain from the operation, Tyler was placed on a patient-controlled analgesia (PCA) pump. A PCA pump delivers the amount of opioids prescribed by the doctor—no more or less. I was told PCA would allow Tyler to obtain relief when he felt that he needed it. In Tyler’s case, it was morphine, a narcotic pain reliever commonly used to treat moderate to severe pain.

Tyler was doing so well that the very next day (the 27th of October), he was transferred to the general floor of the hospital and it was here that the nightmare began to unfold which led to the worse tragedy.

The very next morning, Tyler was found unresponsive and suffered two cardiac arrests.

How could such an event have happened? Aside from the collapsed lung, Tyler was young and in excellent health.

I understand that death from a collapsed lung is extremely rare. Researchers say the annual mortality rate is 1.26 and 0.62 deaths per million person-years in men and women, respectively. Yet, the coroner declared Tyler died from “natural causes” and “sudden adult death syndrome” (SADS).

According to Cardiac Risk in the Young, SADS can be described in these words:

“After an unexpected sudden death, it is usual that the coroner of the area, where the death has happened, will ask for a post-mortem to be performed. This involves the body being examined by a pathologist. Small samples of tissue from organs including the heart are often taken and examined under a microscope. Usually, the pathologist can easily detect any abnormality like significant coronary artery disease (furring of the arteries) or pulmonary embolus (a clot on the lung). The coroner will take into account the circumstances of the death and, if necessary, will do tests for signs of any medications, or drugs in the body. If it is difficult to assess the heart or to detect any abnormality in it, the pathologist may ask for the help of an expert cardiac pathologist (one who specializes in the heart) to determine the cause of death.”

None of this fits and explains what happened to Tyler; nor did the coroner describe it in this way. I feel that this is an absolute insult to Tyler and that he has been let down by our healthcare system. Why do I say this?

The hospital has made a “partial admission” that the nurses failed to care for Tyler in the correct way. The nurse that was caring for Tyler the night of October 26 and into the morning of October 27 was not adequately trained to care for a patient using a PCA. She had only completed half of the required one-day training.

Moreover, an internal investigation has shown that this nurse did not check on Tyler since 9 PM that night nor did she check on him two more times as she was required to do after that. However, the nurse did notice that Tyler was speaking on his cellular phone at midnight.

Tyler’s girlfriend has confirmed that it was with her that he was speaking, but that Tyler seemed confused and disoriented. The nurse also noticed that when Tyler fell asleep, he snored so loudly that the other patient in his room complained of the noise. I have since learned that what this nurse clearly missed was the onset of opioid-induced respiratory depression.

Tyler had never before received opioids in his life, and The Joint Commission (the hospital accreditation body in the United States) recommends taking “extra precautions with patients who are new to opioids or who are being restarted on opioids.” His dosage of morphine had just been increased and, surely, that would have been a change in treatment that would have required her taking extra precautions.

Additionally, patients who receive opioids are particularly vulnerable when they sleep because health experts say that “the protective wake mechanism for airway support and respiratory drive is absent.” This placed Tyler particularly at risk when he fell asleep after midnight.

Although Tyler’s snoring was bothering his roommate, it was also a sign that he might have had obstructive sleep apnea, which occurs when breathing is interrupted by a physical block to airflow despite the patient’s attempt to breathe, and snoring is a common symptom.

There were also obvious signs overnight that Tyler was suffering from respiratory depression but nothing was done.

The need for continuous monitoring

Moreover, I now know that there exist electronic monitors that would have alerted Tyler’s nurse and other caregivers to his declining respiratory state.

The Anesthesia Patient Safety Foundation (APSF) was established by the American Society of Anesthesiologists to “improve continually the safety of patients during anesthesia.” APSF’s president, Robert Stoelting, MD states:

APSF recommends that monitoring be continuous and not intermittent, and that continuous electronic monitoring with both pulse oximetry for oxygenation and capnography for the adequacy of ventilation be considered for all patients.

Related story: Opioids Can Kill People in the Hospital Too

I fully believe that if Tyler had not been on morphine or using a PCA that he would be here with me now.

If Tyler’s nurse had received complete training on PCA, perhaps he would be alive today.

Had Tyler’s nurse checked on him as she should have between 9 PM that night and the following morning, he might still be alive.

However, even though she didn’t check on Tyler, had he been monitored continuously with oximetry and capnography, as the APSF recommends, this nurse would have been alerted to his declining state and might have saved him.

I do not believe that Tyler’s nurse meant him harm, yet, this is what happened.

The need for training

I implore hospitals to train your staff properly. Make sure they know fully how to operate the equipment they connect and use on patients. Make sure that they have the tools like pulse oximetry and capnography to monitor patients receiving opioids.

Above all, make sure that another mother does not suffer the anguish and grief over the loss of her child, all because you failed to train and use the technology available today.

Thanks to Michael Wong, Executive Director of the Physician-Patient Alliance for Health & Safety for sharing Victoria’s story. This story was first published on March 13, 2017.

Victoria Ireland is the accounts administrator for a family business. Her only son, Tyler, died at the age of 19, after undergoing successful surgery from opioid-induced respiratory depression.