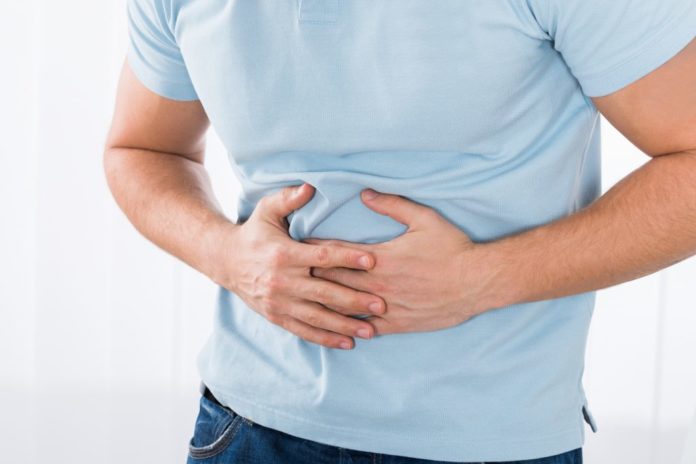 During my medical training, Irritable Bowel Syndrome (IBS) was also known as “spastic colon”.1 It was one of those diseases that the science at the time couldn’t explain and so it was lumped in the category of “it’s-all-in-your-head” diseases.2 In the intervening years, as we have learned more about many of the conditions we relegated to this often disparaged category of illness, we have, thankfully, come to realize that wherever the disease resides—in your head, your heart, or your little finger—the symptoms are real and they must be taken as seriously as symptoms of diseases that we understand in more detail. Further, as science continues to elucidate the physiology of these diseases, we clinicians can help provide effective symptom relief even though we may not yet fully understand the exact causes of these conditions.

What causes IBS? What are the symptoms?

We still don’t know exactly what causes IBS, but here is what we do know:

Emeran Mayer, MD Ph.D, Executive Director of UCLA’s Center for Neurobiology of Stress and Resilience, has studied brain-body connections for 40 years. His book, The Mind-Gut Connection, explains how what’s going on in our bodies at a cellular level affects our mental and physical health, and even the choices we make. Earlier this year, he published a study showing an association between our gut microbiome and the parts of the brain that process sensory information from the rest of the body in people with irritable bowel syndrome (IBS). Yes, it’s all in our heads. And the pain is real.

How can you encourage the good bacteria to grow in your gut? According to an article in Scientific American, it’s not just eating yogurt, there are many cultured and fermented foods that will help—miso, kimchi, sauerkraut and pickled vegetables. Eat lots of soluble fiber and fresh fruits and vegetables. Avoid sugar, red meat, and undercooked eggs or seafood.

Salix Pharmaceuticals, which has a solid reputation in gastrointestinal treatments, invited me to speak at a private dinner they hosted for about 40 gastroenterologists during the 2017 World Congress of Gastroenterology (WCOG). I jumped at the chance to learn more about this disorder and to learn about a treatment for people with IBS-diarrhea. The dinner was part of Salix’s multi-million-dollar consumer awareness and education campaign about IBS-D.

The theme of the dinner was focused on how to improve diagnosis and treatment for patients. I learned that IBS-D is often relatively easy to diagnose based on symptoms alone, as I outlined above. The challenges occur in recognizing the disorder, and then in treating the symptoms.

Mark Pimentel, MD, an associate professor of medicine at UCLA and director of the Gastrointestinal Motility Program and Laboratory at Cedars-Sinai Medical Center, was the opening speaker. He spoke of his research in IBS and how to distinguish and treat IBS-D. In an article in Gastroenterology & Hepatology, he talks about his research. He says stress hasn’t been shown to cause IBS and “it appears that stress is only a factor in the degree of the presenting symptoms of IBS.” He continues, saying the microbiome is at least partly responsible; although, we don’t yet know the extent of its effect.

After Dr. Pimentel reviewed the latest research, I spoke of using a coaching approach, to enhance conversations between generalist and specialist physicians and other clinicians, and between clinicians and patients. I asked for a volunteer to join me in the front for a coaching demonstration. Then came the dreaded wait when no one raises her hand.

A man at the front table and I locked eyes. I invited him to join me.

I started our coaching presentation by asking him if I had permission to coach him in front of the group.

“What would you like to be coached on?” I asked.

And so we began, with me stepping in and out of my coaching role to explain what I was doing.

This is the magic of coaching when client and coach are operating seamlessly. It’s a dance, think waltz, and it’s easy for me to get lost in the moment.

“What do you think could be ways to share this information?” I said after a few exchanges.

He took the microphone, faced the audience, and talked about how to speak with generalists, how to approach patients, and how to listen to them.

“Listen to your patients. Not just their symptoms. Listen to what they want, how their symptoms are affecting their lives. You may have seen hundreds of cases. Your patients are living the one case they really know about.”

I watched, surprised and pleased. I couldn’t have asked for a more engaging coachee or coaching client. He was passionate about what he was doing and cared for patients.

He finished, handed the mic to me and I wrapped up with a review of our presentation stressing the importance of open-ended questions, of asking “What” questions rather than yes/no questions. And the power of just sitting with your patients, of bearing witness to their pain and working with them to alleviate their symptoms and anxiety about the disorder.

Audience members came up to thank me. A few said, “Nice job. You practiced. It shows!”

Neither of us had met the other before I invited him to join me.

I left the dinner with gratitude for the work being done by clinicians to help provide symptom relief for our patients, as the science is being researched. And a reminder for the power of coaching, and for sharing the mic!

And since we’re already in the gastrointestinal tract, here’s a reminder to get your colonoscopy.