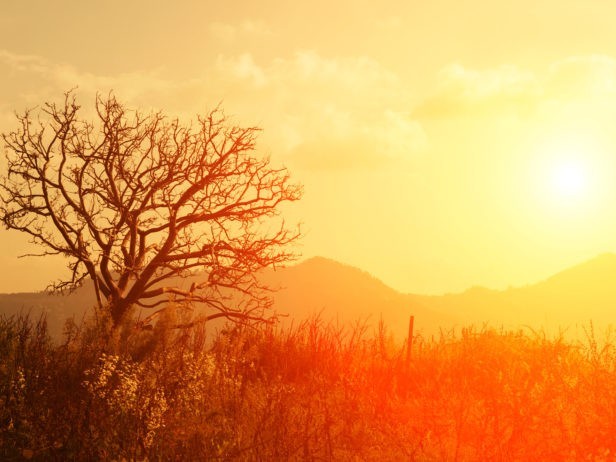 Despite what Donald Trump says, climate change is real and it is related to human activities. It is also killing us NOW. Even though he buried his own administration’s climate change report because he didn’t like the findings, all of the rest of us can look around and see what is happening:

I could go on and on, but what I really want to focus on in this story is the evidence that health consequences to us humans are not something that may happen in 2050 – they are already happening now. Here is a summary of what we know based on what I learned at the February 2017 Climate Change and Health Conference.

Related story: Enviromedics: How Climate Change is Killing Us Now

The Climate Change and Health Conference

The Climate Change and Health conference was held at the Carter Center in Atlanta in 2017. It hosted by former Vice President Al Gore and the American Public Health Association.

The goal of the conference was to lay out the scientific evidence that directly links climate change to adverse health events, such as infectious diseases, heat-related deaths, increases in asthma and allergies, and much, much more. The main takeaway of the conference was that the impact of climate change is not just bad weather, melting polar ice caps, and increases in sea level, rather,

it is clear that the environmental consequences of climate change are killing humans right now.

This is a Goldilocks planet

Former Vice President Al Gore opened his keynote address at the conference by reminding us what the late Carl Sagan said about our planet:

“This is a Goldilocks planet, not too hot like Venus, not too cold like Mars, but just right.”

He went on to say “Now that human beings have become the most powerful force of nature in affecting planetary conditions, we are pushing many people outside of the envelope in which we have evolved and in which we thrive.” There are places on earth now that are seeing increases in temperatures no longer compatible with human life.

Here is how we are doing it:

“We are using our atmosphere as an open sewer, dumping 110 million tons of man-made global warming pollution into it every 24 hours. The cumulative amount now traps as much heat every single day as would be released by 400,000 Hiroshima-class atomic bombs exploding every day.”

Climate change we can see

We are all experiencing what has been a profound change in climate in our lifetimes. I live in Northern California. Several years ago, I first noticed my tulip tree blooming in December after 30 years of blooming in February. And the harbinger of autumn in my yard, the fragrance of honeysuckle, now tickles my nose in July instead of late September. But that is the subtle stuff and it is not dangerous to humans.

This summer, ferocious wildfires burned across California wiping out neighborhoods, killing people in their homes, and leaving many thousands homeless. Just a few weeks ago, the worst fire in California history burned down the town of Paradise killing 88 with 203 still missing. 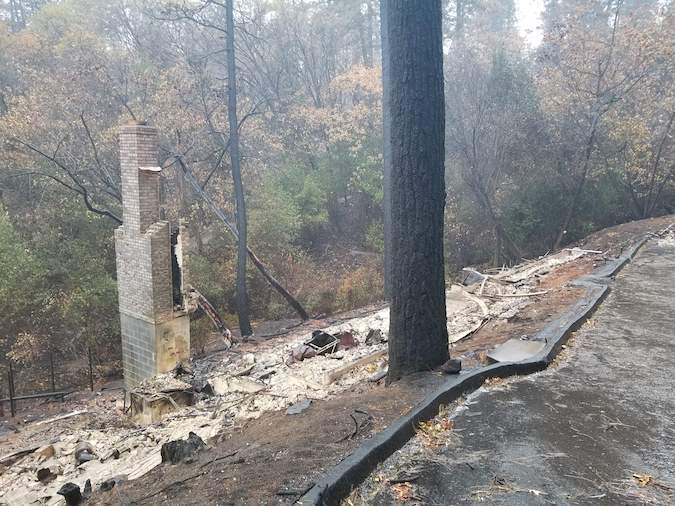 The remains of my friend’s house after the Paradise, California fire

A good friend got out with his dogs and a few photos, but his home burned to the ground. Many in the town were burned to death trying to escape in their cars or on foot. Others died in their homes. The skies around the San Francisco Bay Area filled with smoke that turned the skies an eerie yellow-grey and forced people to wear N95 masks or stay indoors for most of Thanksgiving week. It is unknown whether there will be long term health consequences as a result of the exposure to this toxic smoke.

The magnitude of global warming

What is alarming is the magnitude of global warming that has already happened. We were told at the conference that sixteen of the seventeen hottest years ever measured have occurred since 2001—the hottest year of all was 2016 – that was the third year in a row that we had an all-time record hot year. Climate change also affects humidity.

For some people, these statistics are a big yawn. They laughingly say global warming will bring them better weather or the accompanying sea level rise will change their landlocked home into a seaside property. Who cares? Some think this is only about plants, penguins, and polar bears…it’s a sacrifice we should make so that we can have cheap energy, more jobs, and a robust economy.

Each of those misunderstandings will be dealt with in later posts. But it is not what I want to focus on here because each of those consequences has elements of uncertainty; they may or may not take place in the future. Rather, I want to focus on harm to human health because it is happening right now. Climate change is already killing us.

I learned at the conference that there are many ways in which climate change is impacting human health. Here are some of the most important:

I have purposely tried to focus on health impacts that we are seeing today instead of sharing projections into the future for two reasons:

Be sure to listen to my American Journal of Managed Care Interview with Georges Benjamin, Executive Director of the American Public Health Association, co-sponsor of the Climate Change and Health meeting.

This post was first published Febuary 21, 2017. It has been reviewed and updated by the author.