New Dr. Michaeli‘s Review Notes appear at the end of the story.

That’s one surprising takeaway from a new book aiming to debunk the idea that science was dormant in the centuries preceding the Renaissance. The Light Ages: The Surprising History of Medieval Science earned critical raves. Although medicine is not its primary focus, I was stopped short by this passage from author Seb Falk, a Cambridge scholar:

“The relationship between patient satisfaction and health outcomes was a live issue in the later Middle Ages when civic and scholarly authorities were compelled to regulate a fast-developing profession.”

Let’s unpack that for a moment.

Milton Friedman, the Nobel Prize-winning popularizer of libertarian economics, argued against government licensing of physicians by asserting the free market would ensure that a surgeon prone to amputating the wrong limb would be shunned by patients.

Yet in the 14th century, a heyday for both amputated limbs (in the pre-antibiotic era) and conservative government (absolute monarchies), local municipalities nonetheless began issuing medical licenses as a quality control measure. Put differently, overseeing doctors’ qualifications has been an important governmental function since medicine first emerged as a profession.

Interestingly, doctor shortages of that era sometimes prompted a response similar to what happens today. In our time, the need for doctors can cause even places typically hostile to outsiders to welcome immigrants.

In medieval Europe, the beneficiaries of a sudden pragmatic liberalism were infidels. When the Crown of Aragon decreed that physicians needed a license, for Christians this meant passing university examinations. Since Jews were banned from universities, however, a special provision had to be made for them. According to a social history of medicine scholar, “those already in the profession in 1329, when a medical degree was first required, were allowed to continue on the basis of an examination alone; this exception later came to apply to all Jewish medical professionals.”

What Falk calls “patient satisfaction” might better be termed a combination of patient-centered care and nascent evidence-based medicine. He cites a 1437 dispute between experts who couldn’t agree on the most “medically propitious” days for bloodletting and the prescription of laxatives. A detailed astrological analysis led to a stalemate.

The final decision was left up to arbiters appointed by municipal authorities “keen to control the quality of medical interventions.” The referees called it a tie, ruling that physicians must “adapt their practices to take account of the complexion of that patient” as well as the nature of the disease.

While it’s easy to dismiss astrology, the idea that timing can affect therapeutic efficacy has had intriguing staying power. We now know that the therapeutic effect of medicines can vary with the time of day of administration. There’s even evidence that the cycles of the moon (albeit not the alignment of the planets) can affect mood, blood pressure, and other aspects of health.

In another early attempt at evidence-based medicine, a leading medical scholar named Bernard de Gordon wrote an encyclopedic textbook entitled Lilium Medicinae. De Gordon, who was referenced by Chaucer in The Canterbury Tales, tried to address idiosyncratic and even dangerous medical practice by providing a detailed list of different maladies, a careful explication of recommended treatments, and a recommendation as to whether the difficulty of a particular therapy suggested it be left to experienced practitioners.

In that vein, de Gordon cautioned that “much medieval disease was caused by medicine itself,” writes Falk, adding, “This problem has not gone away either.

Some medieval doctors even promoted what we’d call a whole-person approach to health. “Many foodstuffs were prized as much for their contribution to a healthy regimen as for their taste,” writes  Falk. “Conscientious physicians would help maximize their clients’ wellbeing by keeping all…aspects of a healthy lifestyle” – such as food and drink, exercise, sleep, and emotions – “in a holistic balance.”

Related content: Trust is the Essence of the Doctor-Patient Relationship

While many contemporary doctors blame third-party payers for making compensation complicated, the direct doctor-patient economic relationship was far from simple. As physician and author Michael Crichton noted, as early as the 14th-century prominent surgeon Henry de Mondeville complained about “wealthy people when they go to see a surgeon dressing in poor clothes” in an attempt to lower the requested fee. Added De Mondeville: “I have never found a man rich enough, or rather honest enough, to pay what he promised without being compelled to do so.”

Do not promise healing;

Ask for payment whether or not the treatment succeeds;

Do not live in the patient’s house;

If he is healed you can raise your price, but do not trust a promise to pay;

Working for the rich is risky but potentially profitable;

Today’s physicians confront a payment system increasingly designed to reward or penalize them based on the ability to consistently practice evidence-based and patient-centered care, avoid treatment-caused harm, and preserve health. As uncomfortable as that may sometimes feel, it actually represents an expression of respect.

Malpractice lawsuits, noted a commentary in The Lancet, only became common when “the U.S. medical profession united and raised professional standards, [and] patients’ expectations of the acceptable standard of care went up concomitantly.” Similarly, value-based payment reflects an expectation that doctors meet what should be the standard of care today.

“A line runs from the Middle Ages to modern science,” Falk asserts. Though medicine is only one part of that scientific heritage, we can see that early medical practitioners and researchers – and, yes, regulators and patients – struggled with many of the same issues we do.

Falk challenges us to learn from the successes and failures of the past while recognizing that we and those who came before us share a common human fallibility.

“The biggest barrier blocking further progress,” he concludes, “may be our own complacency.”

Fascinating article! The period Dr. Millenson describes is the subject of many historical investigations. In the early 14th century, the first green shoots of what we call today the renaissance began sprouting.

Regulation of the professions, including medicine, started taking root. The guilds, forerunners of present-day professional societies and unions, were organized to protect their members from competition. But they were also dedicated to upholding and raising professional standards.

The rising middle class loosened the grip of the Church on civic life. and then came the Black Plague (1347-1452) that nipped progress in the bud. The Church, the inquisition, the witch doctors -all conspired to re-instate the darkness. Humanity had to wait another century for the Renaissance as we know it.

I was intrigued by the exemption of Jewish doctors from the licensure required of Christian doctors. Was this one reason why Jews gravitated to the profession?
The poem cited by Dr. Millenson is charming in its candor. Can you imagine such a poem today? The humorless ethics police would be knocking on the hapless author’s door before the ink on the paper could dry.
The honesty of this early poem reminds me of the Jewish songs, written in Ladino (the Spanish of the time with a sprinkling of Hebrew words). They were called Romanzas, love songs, and were full of sexual innuendos. No religious or moralistic inhibition there.
Great article on an intriguing time in history.

He has testified before Congress and written for publications ranging from the British Medical Journal and Health Affairs to The Washington Post and Forbes.com. Michael has consulted with policymakers and with a broad range of clients from all segments of the healthcare industry, providing services ranging from strategic planning to develop specific tools to improve care. He has served on the advisory board of several healthcare start-ups and currently serves in an advisory capacity to the American Journal of Medical Quality and the Lundberg Institute.

Earlier in his career, he was a healthcare reporter for the Chicago Tribune, where he was nominated three times for a Pulitzer Prize. A respected presence in health policy and strategy, Michael has lectured at the National Institutes of Health and the Harvard Business School and served as a faculty member for the Institute for Healthcare Improvement.

Michael is the author of the critically acclaimed book, Demanding Medical Excellence: Doctors and Accountability in the Information Age. 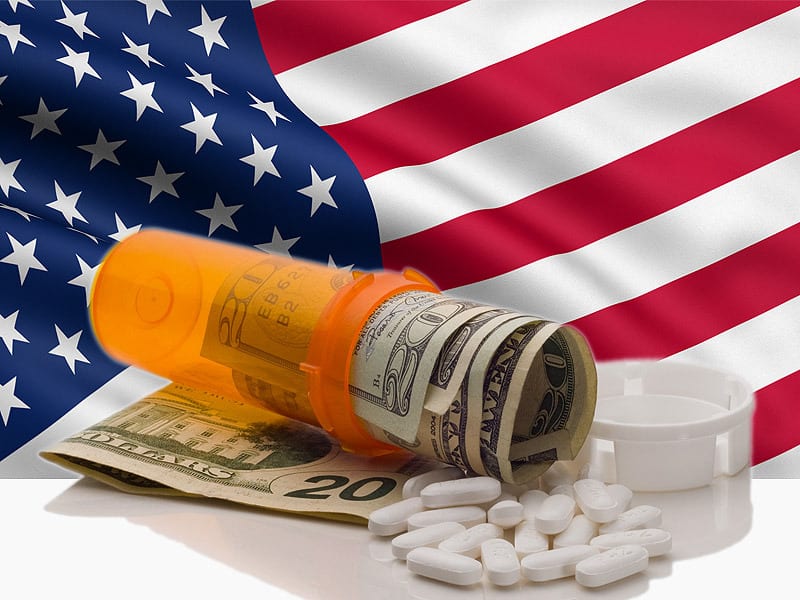 Getting Your Doctor to Really See You Medicare Rates Hospitals and Doctors as “Lucky” or “Unlucky” 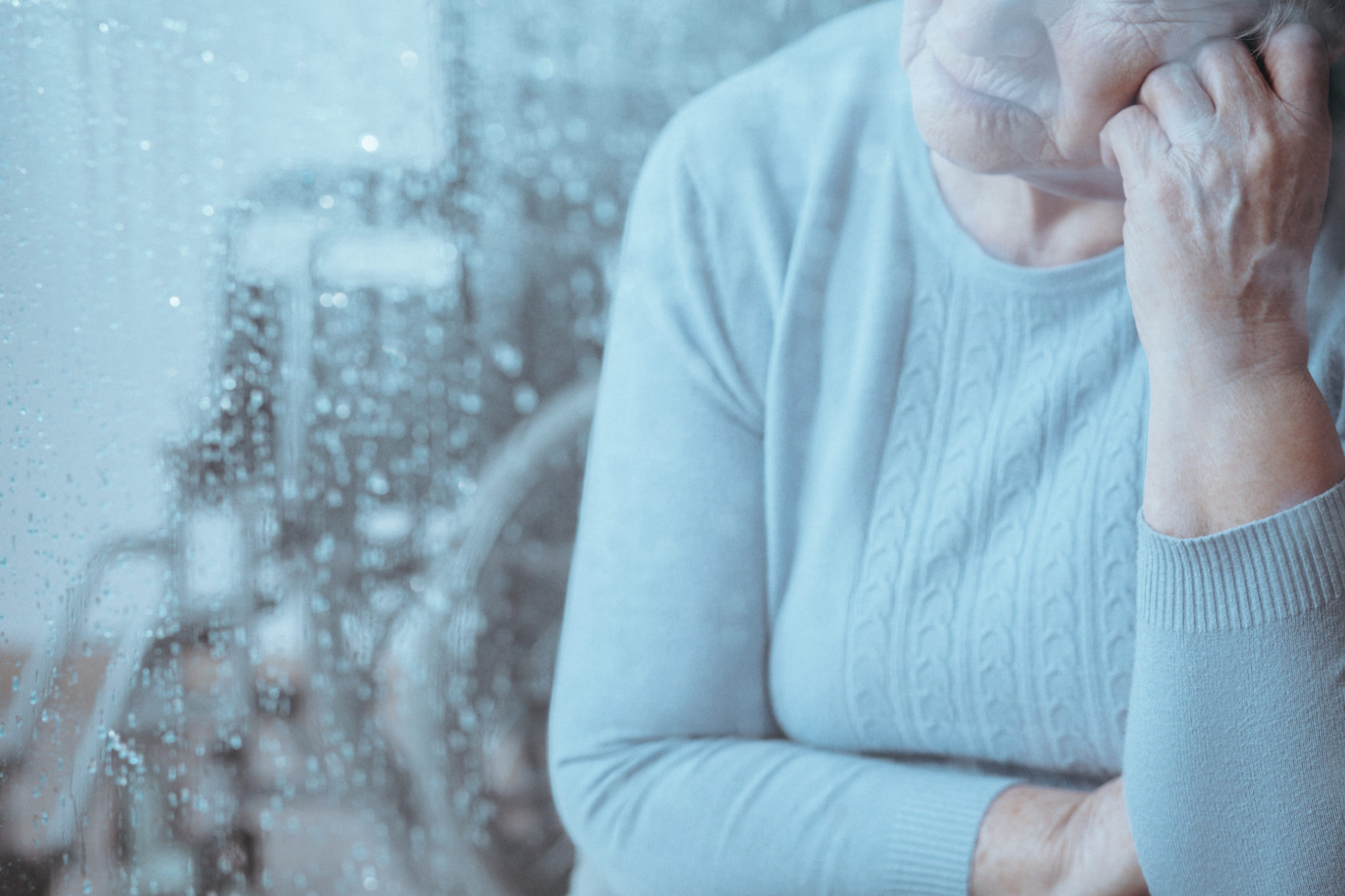 Why Aren’t The Uninsured Protesting In The Streets Like The Egyptians?
“Healthcare” vs. “Health Care”: The Definitive Word(s)