Study shows a dose-response effect on survival that varies by the robustness of insurance coverage. 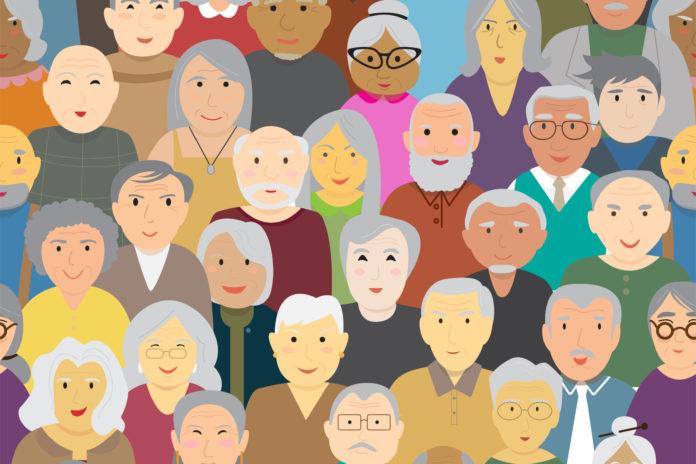 We have known for many years that people in the five to ten years before they qualify for Medicare have a significant burden of illness. For example, nearly a quarter of cancer cases diagnosed in the U.S. annually occur in people ages 55-64.[1]  In addition, the prevalence of chronic disease increases with age, and multimorbidity (having more than one disease) becomes more common.

It is no surprise, then, that health care costs also increase as we age. People over 55 account for more than 50% of the total health care spending in this country. Those between 55 and 64 are responsible for 20% of the total health spend even though they only make up 13% of the population. That is a step up compared to ages 45 and 54 who account for 13% of the population and 13% of the spend.[2] Our failure to provide universal health insurance coverage in this country means that a chunk of the pre-Medicare population is either uninsured or underinsured and therefore exposed to significant out-of-pocket expenses.

There has been a push to expand Medicare to everyone (“Medicare for All”) but failing some advocate for at least lowering the age of eligibility.[3]This would make coverage available to individuals in their high healthcare cost years. A study in the May 2021 issue of Health Affairs [4] reveals that uninsured older Americans have worse cancer outcomes than their slightly older counterparts who are covered by Medicare. This supports the idea that expanding Medicare eligibility to age 60 (or maybe lower) could have a significant impact on cancer outcomes, an important measure of health and well-being of people at any age.

What did the study hope to achieve?

The research team, led by Gerard Silvestri at the Medical University of South Caroline, wanted to assess differences in cancer survival between uninsured patients younger than age 65 and older Medicare beneficiaries. They used data from more than 1.2 million people in the National Cancer Database from 2004-2016 to answer the following questions:

Patients were divided into 8 groups based on age and type of insurance or lack thereof as shown in Table 1 below.

Other patient characteristics examined included race/ethnicity, a measure of comorbid illness burden and characteristics of their cancer (type, stage, and place of treatment.

What were the results?

The results showed what many of us would have expected knowing how important it is to have insurance to help pay for the high cost of care in the United States. Nevertheless, this study is important because it clearly showed a “dose-response” effect on survival that varied by the robustness of the coverage, ranging from none to excellent.

The study included survival curves by age and insurance status for three different cancers. Although the details differ, what is strikingly similar is that in each of the three cancers illustrated the best outcomes were for the younger patients (60-64) who had private insurance. The next best were Medicare patients (65-69) who had Medicare plus private insurance (also known as Medicare supplemental insurance. Medicare-only patients (65-69) were the lowest on the survival curves. And bringing up the bottom in every case were younger patients (60-64) who were uninsured.

The major findings can be summarized as follows:

An example of the last bullet point is that younger uninsured patients with late-stage breast or prostate cancer had a five-year survival that was 5-17 percent shorter than the older patients with Medicare.

The authors concluded that “survival after a diagnosis of cancer is considerably lower in younger uninsured patients than in older Medicare patients.”

Some caveats about the research

The study is what we call an observational study. The researchers examined a database of patients in the US that captures about 72 percent of newly diagnosed cancer patients. They used that data to look for associations between age (pre-Medicare and Medicare age) and insurance status. Because it is retrospective (looking at the past) and there is no control (or reference) group, you can’t be sure that lack of insurance actually was the reason why the uninsured group had the poorest outcomes. The outcomes could have partially or completely due to other things in their life that were not measured in this study. A different type of study is needed to determine a causal relationship – that is to determine if the lack of insurance was what led to (or caused) the unfavorable result.

Nevertheless, studies of this type are valuable as they can much more easily and quickly uncover associations that we might not have recognized. They often provide the impetus for more definitive studies to be carried out.

What are the implications of this study?

This study is important because it suggests that lack of insurance is associated with worse cancer outcomes – something that is devastating for patients and their families. There is also a high societal cost related to prematurely losing the lives of patients during their working years. I believe (as did the authors) that this study can be used by policymakers and advocates to make the case for expanding Medicare eligibility to at least age 60.

You may think that this is too expensive and that we just cannot afford it. Leaving aside the fact that the US is one of the only Western countries that fails to provide universal health coverage, think about this: Our failure to diagnose cancer patients at an early stage means that they will likely need more expensive treatments (e.g., more extensive surgery, more rounds of chemo or radiation). And even if they don’t get it while they are pre-Medicare (as this study suggests), a portion of them will age into Medicare bringing these higher costs of care with them.

The authors point out that insurance alone “would not eliminate the health disparities facing underserved Americans with cancer,” prior studies on health insurance status suggest strongly that it would definitely help low-resource people have better and earlier access to care.