What Can We Learn About Fatherhood From Science? 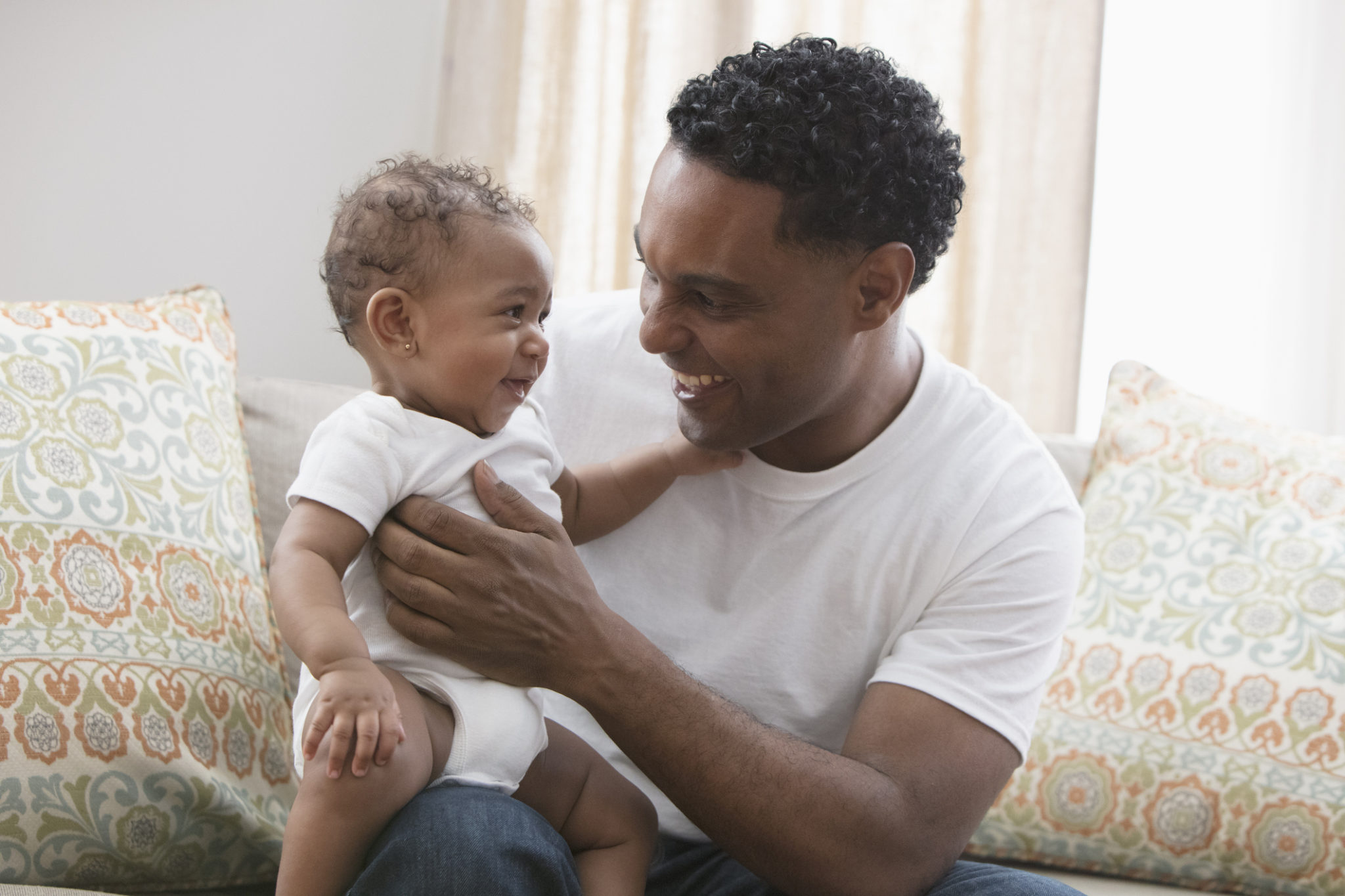 Parenting affects brains of dads in ways that may be surprising. (Photo source: iStock)

A while back, I listened to a fascinating interview on NPR with Paul Raeburn talking about science and fatherhood. He explored the topic in depth his book, Do Fathers Matter? What Science is Telling Us About the Parent We’ve Overlooked.

Here is a smorgasbord of amazing information served in the book:

And, just as in the mother, the expectant’s father oxytocin and prolactin—who knew males even had these hormones—rises and stays up during the newborn’s infancy.

One fascinating bit of data the author shared during the interview shines some light on our social attitudes, including us scientists. In his search of the science database, PubMed, for the term “motherhood”, Raeburn found over 200,000 citations, but for fatherhood, about 20,000. That’s a ratio of 10:1.

Does that mean the father is not considered as consequential to the baby’s well-being as the mother? I can already hear the cries of protest rising from the aggrieved fathers who view themselves as great dads. Yet, isn’t it curious that all the blurbs singing the book’s praises on the full-page ad in the magazine, Scientific American Mind (July/August, 2014), were written by women?

More content by this author:
What Do Women Really Want When it Comes to Men?
Can You Believe in Science and Still Vote for Trump?
Lecithin Supplements: Understanding the Risks and Benefits

Science actually tells us quite a bit about fatherhood. An article in PNAS (Proceedings of the National Academy of Sciences) by Israeli scientists examined the brains of fathers (not to worry, they used imaging techniques). What they found is quite fascinating.

Before we delve into their findings, let’s deal with a methodological issue. How do you control for the presence of a mother in the triangle of baby/father/mother? Whatever you may find occurring in the father’s brain, it would be open to the criticism that “obviously, the mother’s influence is not accounted for.”

The study revealed that parenting implemented a global “parental caregiving” neural network that was, by and large, consistent across parents. This “caregiving neural network” integrated the functioning of two systems.

The mentalizing network involves the frontopolar-medial-prefrontal and temporoparietal circuits of the brain. It is implicated in social understanding and cognitive empathy.

These two networks work in concert to imbue infant care with emotional salience, attune with the infant state, and plan adequate parenting.

What did the study show?

What functions does the STS serve?

In individuals without autism, the superior temporal sulcus also activates when hearing human voices. Among all fathers, time spent in direct childcare was linked with the degree of amygdala-STS connectivity. This dose-response relationship lends a great deal of validity to the finding.

The take-home lesson is that fathers’ brains are malleable, and the same neural pathways are activated in infant caregiving as those of mothers.

Fatherhood and science: Is parenting good for you?

Most anthropoid primates (humans, chimpanzees, gorillas, baboons, gibbons) are slow to develop. Their offspring are mostly single births and the inter-birth intervals are long.

To maintain a stable population, parents must live long enough to sustain the serial production of a sufficient number of young to replace themselves while allowing for the death of offspring before they can reproduce.

A study published in PNAS looked into this issue. The results confirm what we knew all along. In species where the mother is the primary caregiver, she lives longer than the male. In species in which the males participate at least equally in offspring-rearing, they live as long as the female.

Additional reading: Why Your Teen is Out of His Mind

So, what about humans?

Human data from the Swedish population from three historical periods indicate a female survival advantage going back to 1780, the earliest records available.

The female advantage is evident throughout more than two centuries in spite of large differences in mortality rates. Similar female advantages were recorded in the earliest data from England and France in the 19th century.

A female survival advantage has also been found among adults in the Ache, a well-studied hunter-gatherer population living in the forests of eastern Paraguay. And, importantly, the female advantage has been present in most countries throughout the world in the 20th century.

These data strongly suggest that the survival advantage in human females has deep biological roots. Although human fathers have a significant role, human mothers generally bear the greater burden in caring for their offspring.

The downside of male parenting

Before you grab the baby from mom’s arms in the vain hope of increasing your lifespan, consider these studies. One study showed that fathers reporting three or more hours of daily childcare had lower testosterone at follow-up compared with fathers not involved in care. I know, I know, it makes perfect evolutionary sense.

Dr. Anna Manchin, an evolutionary anthropologist at Oxford University, shines a light on another aspect of the evolutionary advantage of the testosterone decline in newly minted dads. In an article in the NYT, she cites many studies showing a drop in testosterone levels just before and just after the birth of a man’s first child.

What causes this drop is not clear, but the hormonal and neurobiological consequences are evident. Lower testosterone means a higher ratio of estrogen/testosterone. That, in turn, leads to an increase in the bonding hormones oxytocin and dopamine.

It is noteworthy that the brain’s reward system releases dopamine. This is the same hormone and brain structure involved in addictive behaviors. The bottom line: men like it and are likely to repeat it.

The difference between mother and father’s brain response

There is a difference though between mother and father when it comes to the brain’s response to this hormonal change. An MRI study from Israel’s Bar Ilan University and Hebrew University showed an interesting structural difference between new moms and dads.

The researchers found increases in midbrain structures that are involved in care, nurturing, and risk avoidance in the moms’ brains. In dads, the increase is size and thickness occurred in the outside layer of the brain, or the neocortex. This is the part of the brain where conscious cognitive tasks reside, such as thought, goal orientation, planning and problem-solving. As the authors point out, evolution took care of both aspects of child-rearing.

If your worst fears of this evolutionary imperative are confirmed in another study titled, “Testicular volume is inversely correlated with nurturing-related brain activity in human fathers” I have a comforting reassurance: Your testicles are going to shrink when you take care of your baby. But don’t worry my fellow fathers, it’s not quite as bad as it sounds. The jewels regain their previous volume once the child-rearing period is over. And you are back to the races.

This post was originally published Father’s Day, 2015. It is reviewed, updated, and republished every Father’s Day since. Enjoy!