As in other periods in our history, ours is a battleground between two basic views of statecraft: 1) the liberal view of social change for the good of the people and 2) the conservative belief that any “social engineering” is doomed to failure at best and is tyrannical at worst.

Our present-day heated, even venomous arguments, are nothing new. Abraham Lincoln, not a rabid Socialist, had to contend with the reactionary Democratic Party of his time. It was called the “know nothing” party. It was true to its name.

A bit of history

Teddy Roosevelt (TR) fought the big money interests of his time. He also planted the seeds of the progressive movement. His fifth cousin Franklin Delano (FDR) gave us the “New Deal”, a social experiment of profound dimensions. And Lyndon Johnson completed the work of Lincoln, TR, and FDR with his much underappreciated “War on Poverty”.

This seemingly inexorable process of progressivism was punctuated with conservative backlash. The most profound was initiated by Ronald Reagan whose worldview could be summed up by his own pithy phrase from his 1981 Inaugural address:

“Government is the problem, not the solution.”

This conservative trend continued during George Bush’s two terms and assumed its most extreme form in the Libertarian ideology of Ron Paul. A stance that is perpetuated by his son, Senator Rand Paul.

This was followed by two terms of the progressive, Barack Obama. In addition to digging us out of the economic mess left by the preceding president, he also was able to get the Affordable Care Act signed into law. Although it fell short of the universal coverage that many progressives hoped for, it did significantly increase coverage, particularly in the left-leaning states that expanded Medicaid.

And, then came Republican Donald Trump who has spent his first term trying to undo everything that Obama had put into place. True to his promise, he slashed taxes primarily benefiting corporations and the rich. He also implemented severely restrictive immigration policies.

Other articles by this author:
The Unfortunate Consequences of Disbelieving in Free Will
What is the Science Behind the Spread of Fake News?

However, His biggest coup when it comes to conservative social policy may come on November 10, 2020. This is when the newly lopsided Supreme Court votes on whether The ACA is constitutional or not.

An important book by Timothy Wilson, Redirect: The Surprising New Science of Psychological Change, reviews the track record of “social change through policy”.

Wilson is a social psychologist at the University of Virginia who has made groundbreaking discoveries in the study of intuition and introspection. Who better to judge whether intuition and ideology are sufficient? Although written in 2011, it is still quite relevant today. In fact, it is an eye-opener.

Equally important to read is a review of Wilson’s book in Science Magazine that was written by Geoffrey L. Cohen of Stanford University’s Departments of Education and Psychology. It appeared shortly after the book was published.

Here is what he said,

“When the father of the field, German refugee Kurt Lewin, conducted his seminal studies, the problems of World War II preoccupied him:

At the heart of Lewin’s approach rested a novel idea: social problems are amenable to experimentation. ‘The best way to understand something is to try to change it,’ he was fond of saying. Beyond descriptive and correlational studies, Lewin championed experimental manipulation: Introduce an exogenous shock to the system and see how it responds.”

Cohen goes on to say,

“Lewin also advocated a diagnosis stage in what he dubbed ‘action research’. First, assess the relationships among variables in a system. In doing so, one could identify the pressure points where a small nudge might have large consequences.

For example, to encourage families to eat cheap-cut meats like sweetbreads during the war (because the finer cuts had limited supply), Lewin showed the importance of the gatekeeper, the person who controls the behavioral channel—in this case, the housewife.

He also demonstrated the impotence of persuasion and the power of the small group. Bring housewives together into a new group supportive of change, freeing them from the grip of their old familial norms, and they would try the novel foods far more frequently than if they were lectured to.

Time and again, Lewin showed that what often seem problems of bad attitudes, lack of information or economic incentives were instead problems of group influence, identity, and social perception.

But most revolutionary was Lewin’s method. There was a combination of optimism and folly in the idea that researchers could, through the experimental method, change reality, and improve social conditions for the better.”

In Redirect: The Surprising New Science of Psychological Change, Timothy Wilson reviews much of this history and revisits the field of social psychology 70 years after Lewin’s pioneering work.

To summarize his findings from this extensive review, it becomes clear that policies based on ideology and intuition are almost always doomed to failure. On the other hand, policies based on controlled studies—employing the best techniques science provides—have an infinitely better chance to succeed.

Such studies start with a limited population sample. Once proven effective, they are scaled up to larger and larger populations. Fortunately, our thousands of municipalities, tens of thousands of school districts, and 50 culturally-diverse states offer an enormous laboratory for such social experiments.

Interventions that defuse blacks’ and whites’ fear of interracial rejection increase their likelihood of becoming friends. And reminiscent of Lewin, there are studies that cleverly manipulate social norms to reduce teen alcohol use and encourage energy conservation.

Now let’s consider the “ideologically-based” policies, such as, for instance, the “ownership society” of George Bush. The idea was basically quintessential conservative:

Give people property and they’ll become conservative. This is because they now have something to lose. Hopefully, they start voting Republican—a not-so-fringe benefit of the policy’s advocates.

The catastrophic failure of this policy is still reverberating through our economy today and will, I believe, continue to do so for many years to come.

The importance of a scientific approach to social problems

“Wilson wants society to adopt more of an experimental approach to solving social problems—putting interventions to the test with randomized controlled trials. This is a good idea, at least when the ambition is to disseminate the interventions widely. However, one problem that “Redirect” does not explicitly address concerns limitations in the experimental method itself.

There is nothing better than an experiment for testing causality, whether an intervention A affects a social problem B. However, a positive experimental result risks deluding us into believing that A is both necessary and sufficient to solve B.

But as Lewin taught us, the effect of A will depend on the context into which it is introduced—the preexisting system of variables. Encourage students to see their academic fates as within their own control and they will thrive., provided on inhabiting a classroom that provides them with opportunities for growth, such as committed teachers and quality instruction.

Many of the interventions Wilson reviews act like catalysts. They will not teach a student who cannot spell to spell, but they will encourage the student to seize opportunities to learn how. Because the effects of interventions are context-dependent, there will be no silver bullets.”

Why are such approaches rarely implemented?

Wilson compellingly argues that effective interventions validated by social-science research are rarely implemented. This is a problem. Why are such interventions ignored in favor of ideology and intuition? What can we do to prevent this? What interventions should we be implementing today?

Richard Thaler is an economist at the University of Chicago and Cass Sunstein is a professor of law at Harvard Law School. These professors, both with an unimpeachable conservative (in the academic sense of the word) track record, did something unique in our ideology-soaked political environment: They looked at the science.

Specifically, they examined the field of behavioral economics as developed by Daniel Kahneman and his colleagues. And in doing so, they arrived at a surprising conclusion:

When based on science, both a conservative and a liberal approach to social policy can be married.

A nudge instead of a push

In their book, Nudge: Improving Decisions About Health, Wealth, and Happiness, Thaler and Sunstein state:

“The libertarian aspect of our strategies lies in the straightforward insistence that, in general, people should be free to do what they like and to opt-out of undesirable arrangements if they want to do so. On the other hand, ‘it is legitimate for choice architects to try to influence people’s  behavior in order to make their lives longer, healthier, and better.'”

They dubbed this theory Libertarian Paternalism, somewhat of a dissonant contradiction to my ears. Their argument is that you don’t have to compel people to do what’s good for them, rather you can nudge them toward it. For example:

You get the picture.

How such an approach would fare with anti-maskers and anti-vaxxers who detest wearing their facial covering or getting their children vaccinated against deadly diseases, is left unanswered.

I suspect that part of the answer will not be wholly acceptable to “libertarian paternalists” a la Thaler and  Sunstein; let’s call it “soft coercion”.

Take, as an example, smoking cessation. The science is unequivocal: smoking cigarettes is deadly!

But libertarian ideology says that as a free society we should be free to smoke and if it kills us, well, that was our choice. This argument totally ignores the societal harm done by smoking, such as:

So how did we, as a society that lives in reality rather than in an ideological ivory tower, deal with it? We followed the science and banished smokers from all spaces where people congregate. Further, we limited them smoking to circumscribed spaces (smoking rooms, outside of their office building) that were not always very inviting.

We raised the prices of cigarettes to make them less affordable. We forced cigarette manufacturers to label their products with prominently warning labels. We even made them pay the cost of anti-smoking public service announcements.

This approach did not outright ban smoking, acknowledging our society’s libertarian streak, rather it nudged smokers into quitting this harmful habit.

So when it comes to dealing with the ideological anti-vaxxers school districts may face funding penalties for not mandating children’s immunization. To deal with the anti-maskers, companies could become legally liable if they do not mandate wearing a mask at work.

Does this tactic sound too coercive? I suggest it is a middle ground between mandates and laissez-faire, between liberal and conservative approaches. And, it was demonstrated to be successful in dealing with the man-made cigarette pandemic that afflicted the world.

I believe that, just as with the smoking problem, at the end of the day we will be forced to acknowledge science and abandon intuition and ideology.

It gives me hope that examined dispassionately through the lens of scientific evidence such seemingly irreconcilable ideologies as Libertarianism and Liberalism can rise above the ideological cacophony and give us enlightened policymaking.

Is it too much to ask?

In the current environment, probably.

What Will Healthcare Look Like in a Post-COVID-19 World? (Part 1)

Physician Compensation 2020: How Much Money Do U.S. Doctors Make Per Year? 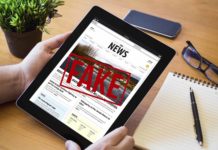 Fake Health News: How to Recognize It So You Can Stay Safe