This week, we mark a grim milestone. Deaths from COVID19 topped 200,000. This is more than any other country in the world. It is also more than the number of people who died in the Vietnam, Gulf, Iraq, and Afghanistan wars combined.

So, it seems to me that this is exactly the right time to review what is known about the earliest days of the pandemic in an effort to understand how we got to the horrible place that we are in now. To do this, I turned to the chapter on COVID19 in Seth Abramson’s masterful piece of curatorial journalism, Proof of Corruption: Bribery, Impeachment, and Pandemic in the Age of Trump*.

This is the third (and Abramson says final) book in his Proof Series. The other two are Proof of Collusion and Proof of Conspiracy. Now, you may be wondering why I would read a book that is based on news that has already been reported by respected news outlets. After all, I have been reading, watching, and listening to the same news non-stop ever since Trump took office.

The answer is because Abramson curated all those disparate news stories. And, then he fed it back to his readers as a coherent story.  This would have been difficult for most of us to create for ourselves. Further, he makes it easy for us to check the credibility of his statements by providing endnotes with links to the original reporting in a separate online document.

The COVID19 chapter is 50 pages long and covers the time period from the earliest days of the outbreak in Wuhan, China up through late May 2020. I am only going to cover the early days of the pandemic (January through March) in this review as that was our missed opportunity to truly contain the virus and save an enormous number of lives.

First of all, why dredge up what happened in the past?

There may be some who complain that it doesn’t do any good to look at past mistakes. But they are wrong. We know from many different sectors of our lives that it is critically important to try to determine the root cause of a disastrous event. This is known as root cause analysis, described by ASQ as,

“…the highest-level cause—that sets in motion the entire cause-and-effect reaction that ultimately leads to the problem(s).”

We have always done this kind of serious look-back to determine the root causes of man-made disasters. Think about figuring out that it was the frozen O-rings that caused the Challenger to blow up. Or the miscalibrated manufacturing equipment that led to the very expensive flaw in the Hubble Space Telescope’s mirror.

In medicine, we review, in excruciating detail, some (but not all) cases that go wrong. Medical training programs, for example, convene Morbidity and Mortality conferences. Participants include everyone involved in the cases as well as experts in the clinical issues being examined.

Only by doing this type of analytic work can you make needed changes to prevent a repeat of the problem. This is true not just in the private sector, but in government work as well.

That being said, it’s time to dive into the details of what happened during the earliest days of the pandemic. Remember, what follows is based on Abramson’s COVID-19 chapter in Proof of Corruption. And, also note that the factual statements in the chapter are supported by credible news reports. You can check them out here.

Related content:
Phases of Disaster: Are We Headed Towards Disillusionment?
The Critical Importance of Human Behavior in Our Response to COVID-19
An Election Day Reminder: Vote Like Your Life Depends On It

A failure to prepare

“Crimson Contagion” is the code-name of a DHHS simulation that was run between January and August 2019. Its description is eerily similar to what played out at the start of the COVID outbreak:

One month later, in September 2019, White House economists produced a study that “warned a pandemic could kill a half-million Americans and devastate the US economy.”

President Trump and his administration ignored these warnings and failed to prepare the country. He also got rid of his global health security director and his entire team. This was the first of many “removals” or demotions of people who could have helped to shape a robust response to the virus.

As a result, the work recommended by Obama’s Pandemic Influenza Plan as well as President Trump’s own experts was not done. Despite that, he later declared that “nobody knew there would be a pandemic or epidemic of this proportion.”  This, of course, is completely untrue.

We all now know that Donald Trump knew that the COVID19 was deadly and spread through the air as early as February 2020. We know it because we heard him say it on the February 7, 2020, Bob Woodward tape.

Abramson’s review of news stories suggests that the outbreak may actually have started much earlier than was initially reported to the WHO by Bejing – perhaps as early as November 2019 or even earlier.

By late November 2019, the National Center for Medical Intelligence warned the White House that a serious contagion was sweeping through Wuhan province. In fact, Abramson provides credible information to suggest that there were multiple briefings about the illness given to the White House (and presumably passed on to the President) during that time frame.

Circulation of COVID in the US

The first case of COVID in the US occurred in a woman in San Jose, California. She had gotten sick in late January and died on February 6. She had no known travel to China. This suggests that her viral disease was community-acquired.

This suggests that the disease was circulating in the US as early as mid-January. In fact, per Abramson, an AP report found medical data from Seattle that suggested the virus was present there as early as December 2019.

Beijing officially notified the WHO of an outbreak of “pneumonia of unknown cause” on December 31. Clearly, there was a delay by China in notifying the rest of the world about the Wuhan outbreak. However, by then, the Trump administration had already been told multiple times that there was a contagious disease sweeping through Wuhan.

Therefore, seeking to place all of the blame on China for the devastating impact on US lives is not supported. It seems to me, our failure to respond to the information we had quite early in the outbreak means that we are equally to blame for the horrendous loss of life, disruption, and devastation of the economy.

Other stories by this author:
Dealing with a Rare Eye Disease in the Midst of COVID19
Mental Health After a Disaster: Lessons from Katrina

A failure to heed the warnings about COVID19

The Centers for Disease Control (CDC) notified HHS within 24 hours of the WHO report. A few days later, Secretary of Health Alex Azar asked his chief of staff to brief the National Security Council. On January 7, HHS began convening a task force led by Azar and Dr. Anthony Fauci. The next day, the CDC issued “its first public warning about the outbreak in China.”

Even at that early date – at a time when we could have slowed or, perhaps, stopped the spread of the virus with aggressive public health measures (testing, contact tracing, and isolation), Trump was making it “clear [that] the lower numbers on coronavirus, the better for the president, the better for his potential re-election…”

He downplayed the threat that the virus posed to Americans both publicly and privately. And he continued to ignore explicit and alarming warnings about it even from members of his own administration’s officials, such as Peter Navarro.

The travel bans: too little, too late

On January 31, Trump announces a “ban” on travel between the US and China. But, according to the book, in fact, the restrictions he proposed had “at least eleven key loopholes.” These loopholes allowed “nearly 40,000 people to arrive in the US on direct flights from China” between February 3 and April 7.

Per the New York Times, “community transmission in the New York Area began several days” after Trump’s pseudo-ban (my term) on travel from China went into effect on February 3. Further, it was revealed that a large proportion of the virus that was circulating there was likely from Europe, not China. Trump does not decide to restrict travel from Europe until March 11.

We all witnessed the chaos at major airports around the country when Americans, hoping not to be stranded in Europe, far away from home, flooded into the US. They overwhelmed unprepared airports leaving travelers, some of whom had fevers and respiratory symptoms, in close quarters for hours. In my opinion, this could well have been the country’s first Trump-induced super-spreader event.

Despite telling Bob Woodward that he knew how dangerous the virus was as early as February 7, Trump peppered the public with misinformation and downright lies. Here are a few of the more memorable ones:

The President has continued to downplay the seriousness of the epidemic to this day. According to the Abramson book, he repeatedly downplayed the number of cases until they got so big that he had to use another lie. That is that we have more cases because we test more. This, of course, ignores the fact that we also have more deaths than any other country as well.

Trump also claimed that his actions (mainly the China “ban”) saved millions of Americans from getting the disease. This despite the fact that the virus was already circulating outside of China by the time of his “ban”. It also ignores the impact of his failure to implement strong public health measures (testing, contact tracing, social distancing) early in the course of the disease when containment was still a possibility.

Conclusions about our failed response to COVID19

We know there will be another pandemic at some time in the future. And, we now know how important it is to be prepared for it.

In order to adequately understand how to do this, we must come to know how it was possible for the President of the United States to ignore the recommendations of experts and his own staff. And, further, what were the circumstances that allowed him to make (or not make) decisions that allowed the virus to eventually kill more than 200,000 people.

We have always prided ourselves on having a robust system of checks and balances. However, they failed when it came to this President’s lethal response to the virus. The question is how can we build guardrails to prevent this from happening again?

I believe it will mean, in part, a rethinking of Presidential power. We need to ask ourselves whether one man should be able to determine whether hundreds of thousands of Americans live or die. Especially when the deaths were the result of a pandemic that was predicted. And, more importantly, could have been prevented. Or at the very least, ameliorated? 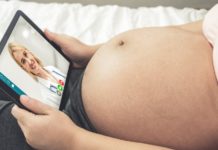 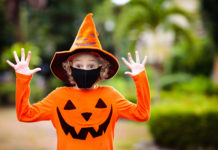 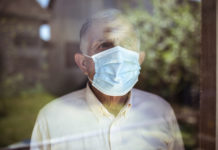 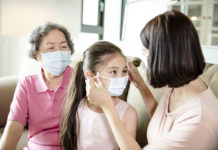 Riding the Next Wave: Getting Ready for COVID-19 Spikes