An Election Day Reminder: Vote Like Your Life Depends On It

“Everything that irritates us about others can lead us to an understanding of ourselves.”
Carl Jung

Bomb attacks on Trump critics and the cold-blooded murder of Jewish citizens in a synagogue in Pittsburg make Carl Jung’s warning from 1957 all the more urgent.

Jung is one of the most famous and influential psychiatrists of the last 100 years. He understood that humans know very little about the darkness in their own character. It is the other people who do those horrible things. Our family or our friends would never do such a thing—the very idea!

Yet for all our indignation, we all have a Dark Side. It is an aspect of our nature that few of us recognize, much less acknowledge—and little wonder. The Dark Side exists beyond our conscious selves in the unconscious. It is not easy to see.

Politicians are fanning the Dark Side in America today and it is important that we understand it better.

Most people think that they know themselves

“They” are usually people who are different from us in some way-Jews, Mexicans, or black people. But the Dark Side is an equal opportunist. It knows no boundaries of race, religion, nationality, or political party. In fact, the less aware the individual is of the power of the Shadow in them, the darker it is and the firmer the grip on their lives.

Recognizing the Dark Side in ourselves, our organizations and working to tame it is perhaps the most important challenge in life. We are always moving one way or the other, and if we recognize no fault at all in ourselves the battle is probably over, and the Dark Side has taken over. Think Darth Vader. 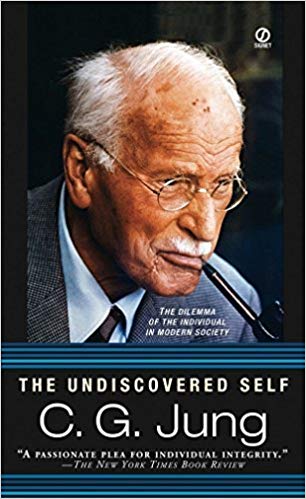 Jung applied all of these ideas to politics in his book, “The Undiscovered Self”. He says that democracy depends on the power of reason found in a single intelligent, educated, mentally stable layer of the population. But the layer is not very thick and includes, at most, 40 percent of eligible voters.

The other 60% of the population contains groups who are susceptible to emotional appeals and have their torches ready to march, chant, and pull others into their dangerous initiatives that threaten democracy itself—think Charlottesville. Big groups like political parties crush the insight and self-knowledge that are possible with the individual. That can lead to authoritarian rule and the death of the constitutional state.

Once the emotional temperature reaches a certain level, rational discussion becomes impossible, and it serves the few who know how to manipulate the system to fan the emotional flames. They demonize the opponents, discredit them in any way possible, bully them, call them names, create alternate “facts”, and lie when it would be easier to tell the truth.

A persistent disinformation campaign is the mark of authoritarian rule. Slogans and fantasies replace reason and the truth. Jung goes as far as this: “a sort of collective possession results which rapidly develops into a psychic epidemic.” Dysfunctional individuals with strong resentments are especially vulnerable to these emotional appeals. There are thousands of people with latent psychoses that politicians can activate with extreme rhetoric. Last weeks’ two assailants are perfect examples.

Germany in the last three hundred years was as “civilized” as any place in the west. It produced the great musicians Bach, Beethoven, Brahms, Strauss, Handel, and Liszt. Germany produced outstanding scientists like Einstein, Schweitzer, Bosch, Planck, Koch, Heisenberg, Roentgen, and Von Braun. It produced the great philosophers Hegel, Heidegger, Nietzsche, Schopenhauer, and Goethe. This is quite a record—these men are all giants in their respective fields.

That sophistication did not prevent the rise of Hitler and a monstrous, racist regime with policies of genocide and extermination. Hitler used emotional appeals to whip the German people into a frenzy where reason was impossible. It happened there, and it can definitely happen here. 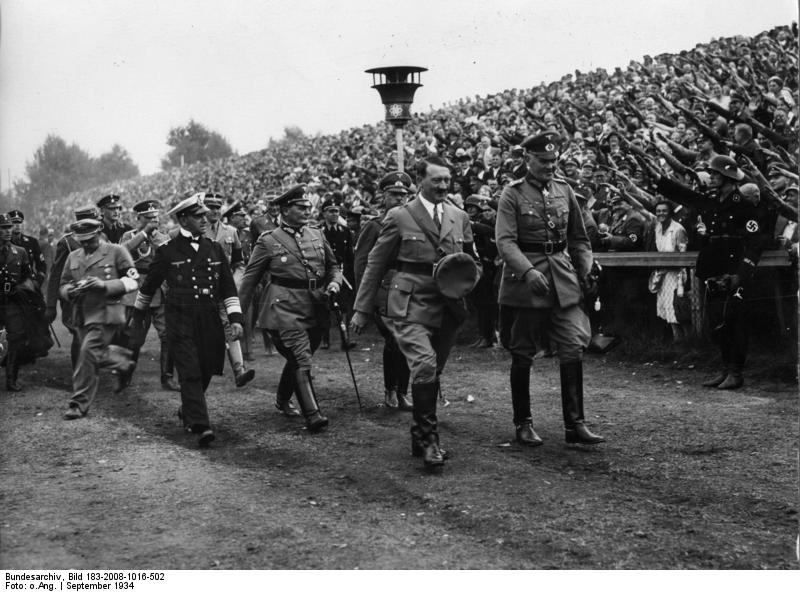 Carl Jung was born just a few miles from the German border in Switzerland. He witnessed the rise of Nazi Germany and Adolf Hitler. He wrote The Undiscovered Self in 1957, very soon after the global disaster that was World War II. He saw these interactions of human nature and politics firsthand.

The dangers of party

Responsible people need to understand both the Republican and Democratic parties are in the hands of extremists. If you are too far to the right or to the left you have no place. George Washington himself warned us about the dangers of party and faction in his farewell address at the end of his service:

“I have already intimated to you the danger of parties in the State, with particular reference to the founding of them on geographical discriminations. Let me now take a more comprehensive view, and warn you in the most solemn manner against the baneful effects of the spirit of party generally. This spirit, unfortunately, is inseparable from our nature, having its root in the strongest passions of the human mind. It exists under different shapes in all governments, more or less stifled, controlled, or repressed; but, in those of the popular form, it is seen in its greatest rankness, and is truly their worst enemy.

The alternate domination of one faction over another, sharpened by the spirit of revenge, natural to party dissension, which in different ages and countries has perpetrated the most horrid enormities, is itself a frightful despotism. But this leads at length to a more formal and permanent despotism. The disorders and miseries which result gradually incline the minds of men to seek security and repose in the absolute power of an individual; and sooner or later the chief of some prevailing faction, more able or more fortunate than his competitors, turns this disposition to the purposes of his own elevation, on the ruins of public liberty. Without looking forward to an extremity of this kind (which nevertheless ought not to be entirely out of sight), the common and continual mischiefs of the spirit of party are sufficient to make it the interest and duty of a wise people to discourage and restrain it.”

Related content:
Are Political Views Hardwired in the BrFain?
Can You Believe in Science and Still Vote for Trump?

We are reaping the whirlwind

We have ignored warnings from George Washington and Carl Jung and we are reaping the whirlwind. The extreme right-wing demonstrators in Charlottesville chanted “Jews will not replace us”, and our failure to confront those chants has now borne its horrible fruit. It is no coincidence that the attacks on Trump critics and the murders in Pittsburgh come right before an election. We have endured dysfunctional government for years and now the terror begins.

Related Content:  Resources to Help You Get Out (and Protect) the Vote

Party extremists fan the flames of emotion and take away our ability to get anything done in the democratic process. Pulling away to our corners while insulting, demonizing, and dehumanizing people who look or think differently is a formula for national disaster.

New science tells us that human beings are 99.9% identical in their genetic makeup. We are much more alike than we are different. We are almost literally brothers and sisters. Racism in the face of that knowledge is pure ignorance. Race is an outdated concept.

Marginalizing humans based on national origin, race or religion is totally counterproductive to our national security and strength. It provides opportunities for other countries to divide us. We are all Americans. If we want a government of, for, and by the people, reasonable citizens need to pull us back to the middle and we need to talk.

Failure to participate leads to our current situation where the extremists know how to manipulate the system, they purposely fan the emotional flames to the point that reason cannot function, and we end up with a dysfunctional government, threats, and murder.

Every day responsible citizens fail to constrain extremists pushes the best version of America further away. Failure to act will very likely result in even more violence and horror.

William H. Bestermann Jr., MD is a board-certified internist who has practiced preventive cardiology for more than 20 years. His core expertise is consistently producing optimal medical therapy (OMT) for cardiovascular and related conditions. He does this by using evidence-based care processes consistent with best practices.

He looks at OMT as a product. He understands how health care organizations can combine new systems, new science, and new payment models to produce that product much more consistently. That combination can be standardized, scaled, and industrialized. These new systems combine teams, protocols, population health tools, clinical/financial analytics, and provider training. Certain clinical interventions reduce clinical events more than they impact the target risk factor.

Dr. Bestermann has developed integrated protocols that combine those interventions which maximize impact on weight reduction, minimize drug interactions, and reduce side effects. When these systematic interventions are combined, they dramatically reduce the cost of care, prolong life, and delay cardiovascular events.

Dr. Bestermann wrote the first article on a systematic, integrated approach to the metabolic syndrome. He collaborated later with multiple academics and community leaders in a more detailed article on metabolic syndrome science and treatment. He proposed a new mechanism of action for metformin explaining its impact on cardiovascular, events, cancer, and aging.

He is also a senior clinical advisor for the Quality Blue Primary Care initiative at BCBS of Louisiana. That effort reduced hospital admissions, length of stay, and specialty referrals while lowering per member per month costs. He has personal experience producing OMT in multiple medical settings.

He has become convinced that only evidence, data, and transparency can deliver us from the low-value healthcare that prevails across the United States. There are many vendors making claims regarding their clinical and financial success. Most of those claims are not valid. Almost no one is consistently applying optimal medical therapy to patients with cardiovascular and related conditions in a way that prolongs life, delays cardiovascular events and reduces costs. Dr. Bestermann submitted his approach to the Validation Institute and received their stamp of approval.

In addition to being a contributing author for The Doctor Weighs In, Dr. Besterman also serves on the TDWI Editorial Board, where he medically reviews articles submitted for publication.

Reshaping Healthcare: What We Can Learn From Alaska

Heart Attacks: When Will We Finally Do What Needs to be Done?

Healthy Life Extended by Eight Years in a Landmark Study

Erectile Dysfunction: Is It a Sign of Heart Disease?

Is There Really a Way to Reverse Diabetes?