How Little White Lies Can Lead to Great Big Ones 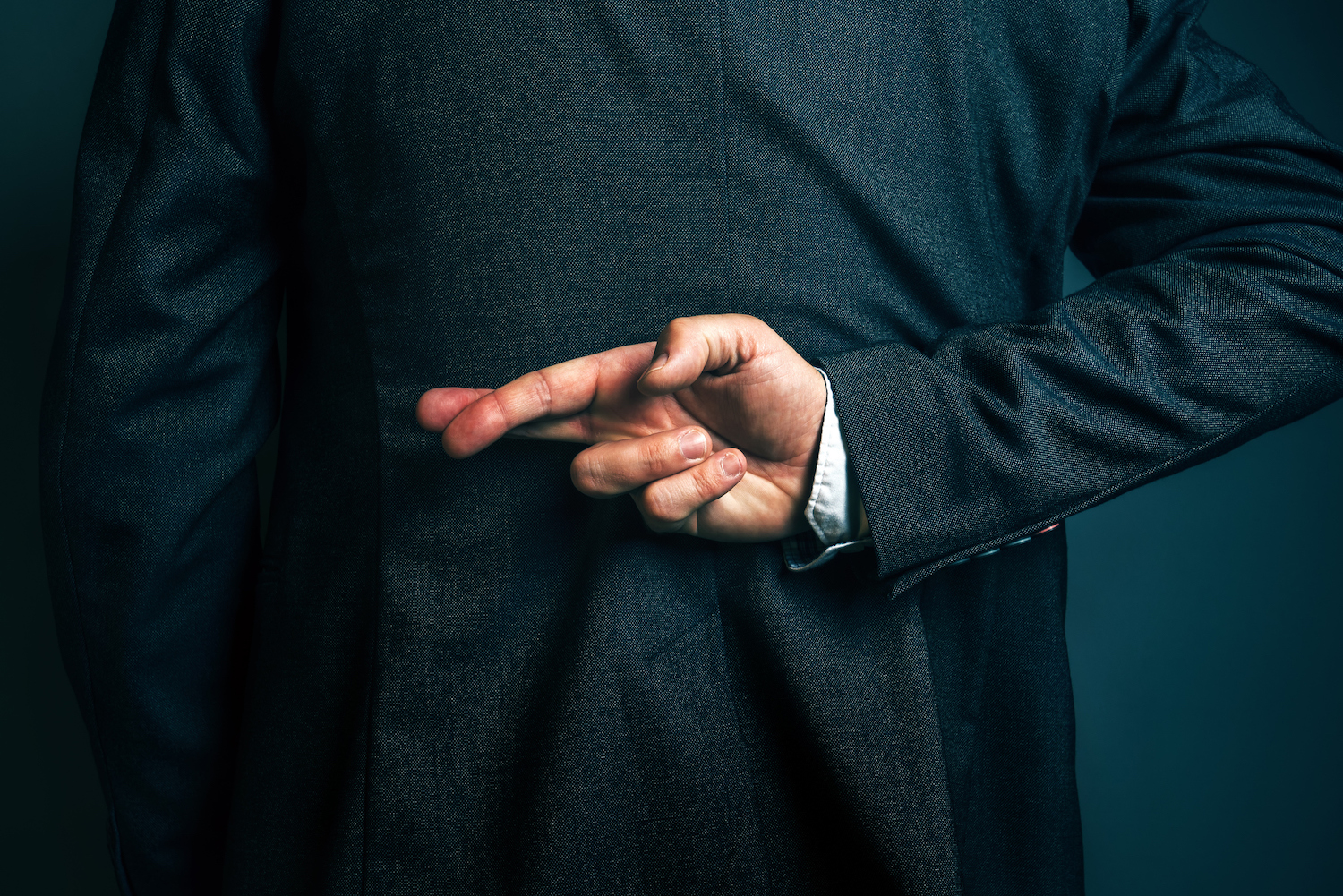 In this political season of outrageous lies, I sometimes wonder: How can politicians say things with a straight face that they know full well aren’t true? How did it get that way? Are liars born honest and become corrupted later, or are they born to become lying politicians, or businessmen, or even scientists who manipulate data? In other words, is dishonesty hard-wired, or is it a learned behavior? What does science say?

Experimentally, it’s a tough problem. Some studies have involved putting experimental subjects in an MRI machine and instructing them to lie. But that’s akin to telling a subject to cry and then assume that his or her scan revealed anything relevant to a real life situation.

Many liars, some famous, some less famous, but all having gotten caught, trace back the origins of their big lies to a succession of smaller, ostensibly insignificant lies. Which begs the question: Why is it so? Why don’t big liars start with the big lies? What inhibited them in the first place and what allowed them to progress to the point of major deception?

Dr. Tali Sharot and her team of University College London and Duke researchers conducted a series of experiments that start to answer some of these questions. To test for dishonesty escalation and its underlying neurological mechanism, they combined brain imaging with a behavioral task in which individuals were given repeated opportunities to act dishonestly.

The 80 participants in the study were given the task of estimating the number of coins in a glass jar that contained pennies valued at somewhere between 15 and 35 British Pounds (between $18 and $43). Subjects were shown large, high-resolution images of the penny-containing jars for 3 seconds. They were told that their “partner” (actually, a confederate of the researchers) would be shown a smaller picture of the jar for 1 second. The participants were told the partner’s goal was to estimate the amount with the help of their advice. This scenario is neutral, with no incentive to lie, and it served as a baseline for the later studies.

Ingenious, yes? But the team didn’t stop there; they repeated the presentations 60 times, thus getting a measure of the effect of lying repeatedly. Furthermore, 25 of the participants conducted the tasks in a fMRI scanner.

Not all lies are created equal

Duh, everybody knows that. We call it “white lies” and “big lies”. How many times have you said “OMG, you look great!” to somebody who is seriously ill? Or on the opposite end, “I never said it” when the evidence is on video for all to see? But, by repeating the experiment 60 times, the researchers were able to see another aspect of dishonesty—its development.

The findings were truly amazing. After the first presentation, the participants in the scenario that allowed them to profit at the expense of the partner had the lowest degree of lying. And in the scenario where both participant and partner stand to benefit from lying, the degree of dishonesty was the highest. It’s as if people’s conscience is bothered when they benefited at the expense of somebody else, but they are much less bothered when both they and the other person benefit.

As Dr. Sharot said, this suggests that

“people lie most when it’s good for them and the other person. When it’s only good for them but hurts someone else, they lie less.”

In other words, people lie but lies only increase with repetition when the participant benefited. Self-interest is the thing that pushes people down the slippery slope.

The slippery slope in the brain

As I said, 25 of the participants lied while lying in the MRI machine. The area of the brain that “lit up” the most, or showed the greatest enhancement of metabolic activity, was a pair of almond-shaped neural centers called the amygdala. This region of the brain coordinates emotional responses. These can range from fight or flight to anger and aggression. But they also deal with the emotional discomfort we feel when our actions do not comport with our conscience—cognitive dissonance, as it is known in psychology.

This finding was almost predictable. But the interesting aspect of this study was the effect of repetition. As participants repeated the lying, the activity in the amygdala progressively declined. And larger reductions predicted bigger subsequent lies. I find this remarkable. The slippery slope is not just the favorite warning of scolds, it really exists in the brain.

The role of adaptation

But why did the spikes of activity decline with repetition of the lying? The authors suggest that this is a manifestation of a phenomenon called adaptation. The same process occurs when you repeatedly show people unpleasant images. Remember the picture of the dead Syrian boy on the beach? Or the planes flying into the Twin Towers? The first time we saw them, we were horrified. But when these images were put on an endless loop day and day out, our reactions became progressively muted. We and our brain underwent adaptation.

Before we close, a word of caution: Emotions and behavior, in general, are controlled by several areas of the brain, the amygdala is only one of them, albeit, an important one. For instance, I would be curious to know if the reward system is involved in some way. Does it play an inhibitory role in lying? Or is it just wishful thinking: It could actually play a permissive role, increasing the reward reaction as smaller lies progress to bigger ones. I hope not.

Originally published 11/21/2016, this post has been reviewed and updated by the author.