The Struggles of Being a Psoriasis Patient 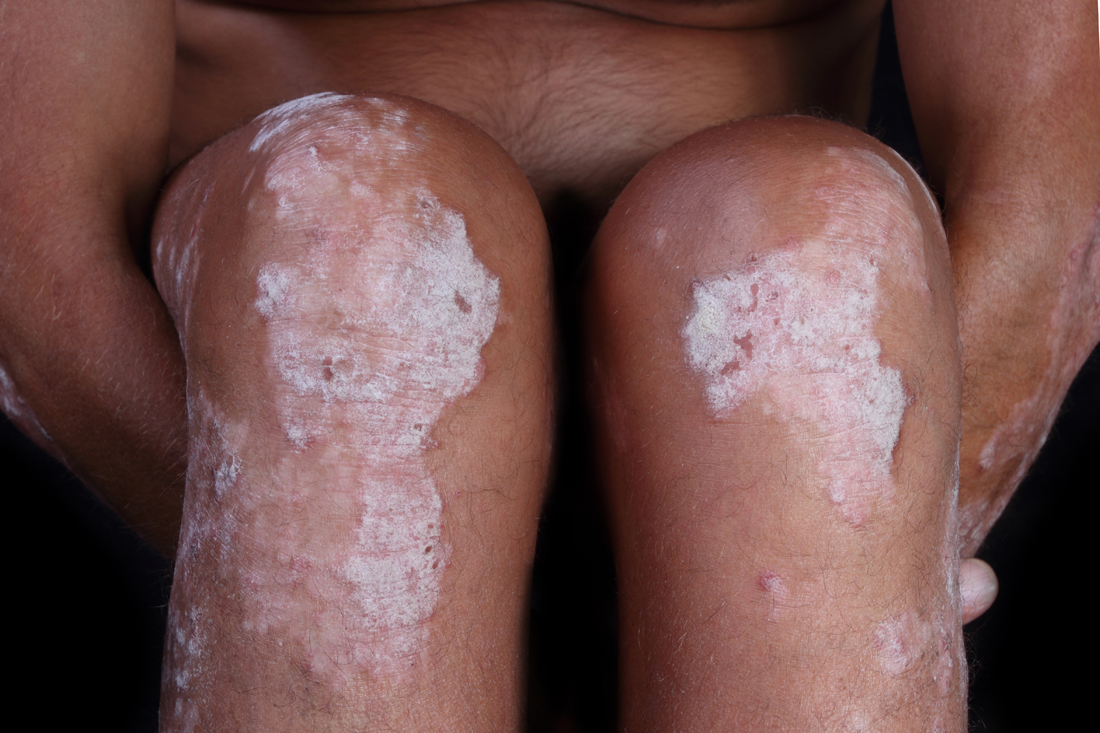 Psoriasis is an autoimmune disease that causes raised, red, scaly patches to appear on the skin. It affects up to 3% of the world’s population. The rash typically appears on the outside of the elbows, knees, or scalp, though it can appear anywhere on the body. Some people report that psoriasis is itchy, burns, and stings; others have no symptoms.

Although we do not yet know exactly what causes psoriasis, we do know that the immune system and genetics play major roles in its development and that something usually triggers psoriasis to flare. The skin cells in people with psoriasis grow at an abnormally fast rate, which causes the buildup of psoriasis lesions.

Up to 30% of people with psoriasis develop psoriatic arthritis, an inflammatory type of arthritis. Psoriasis is also associated with other serious health conditions, such as diabetes, heart disease, and depression.

The results of a Novartis-funded global survey of over 8,300 people from 31 countries who had moderate-to-severe psoriasis were recently released. They showed that 84% of psoriasis patients face discrimination and humiliation. Forty-five percent had been asked if they were contagious and 40% reported that they had been stared at in public.

Sixteen percent reported “hiding themselves away from the world as a coping mechanism.”

More than half (55%) of people participating in the survey did not believe that clear or almost clear skin was a realistic goal. These results should not surprise us as they are supported by earlier research.

In 2002, Latham et al. published a study in which undergraduate medical students completed a questionnaire assessing the physical and mental impacts of psoriasis. On both physical and mental questionnaires, psoriasis was initially scored as having the lowest physical burden of diseases that were considered. The mental health impact of psoriasis was scored as being comparable to arthritis, heart disease, and diabetes.

The students were then asked to wear a temporary tattoo of a psoriasis lesion for 24 hours. After, they completed the same questionnaire again. This time, their estimation of the impact of psoriasis on both mental and physical functioning increased significantly.

Similarly, Rapp et al. looked at patient-reported outcomes of patients with psoriasis to determine the impact on physical and mental functioning compared to ten other chronic conditions. They found that patients with psoriasis reported reduction in physical functioning and mental functioning comparable to that seen in cancer, arthritis, hypertension, heart disease, diabetes, and depression. Only congestive heart failure had a greater impact on physical health. Diabetes, chronic lung disease, myocardial infarction, arthritis, hypertension, depression, and cancer had less of an impact on physical health in the eyes of patients. In terms of the impact on mental health, only depression and chronic lung disease were rated as having a worse impact than psoriasis, which in turn had a worse impact than arthritis, cancer, congestive heart failure, diabetes, hypertension, or myocardial infarction.

Rzepa et al. found psoriasis to be one of the ten most embarrassing diseases, causing more stigma than acne, though less than syphilis.

The survey finding that nearly half of patients have been asked if they are contagious should also not be surprising. Every physician who takes care of psoriasis patients has stories of patients being turned away from gyms, swimming pools, barbers, hair stylists, and even healthcare facilities like blood banks.

As a medical profession, we have not done a good job at letting psoriasis patients know that we now have biologic treatments—antibodies to IL-17 and IL-23—that can result in clear or almost clear skin in the majority of patients. The medical profession is partially to blame for the underutilization of new highly effective therapies for psoriasis. In a survey done by Abuabara et al., dermatologists underestimated the efficacy of biologic therapies and overestimated the side effects of those therapies.The high cost of biologic therapies, however, is also a factor in their underutilization.

All of the anti-IL-17 and IL-17 receptor therapies achieve PASI 90 or even PASI 100 (Psoriasis Area and Severity Index (PASI) is the most widely used tool for the measurement of severity of psoriasis) in significant numbers of patients and their effect is sustained over time. Studies of the IL-23 antibodies have released preliminary results are also very promising.

It is my hope that more people suffering from psoriasis will soon have access to these highly effective therapies so that our ability to remove the stigma associated with psoriasis will certainly be greater.