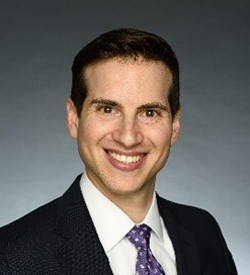 
Steven Newmark, JD, MPA, is the Director of Policy and General Counsel of the Global Healthy Living Foundation. GHLF is a 501c3 with the mission to improve the quality of life for people with chronic illnesses. Steven leads global advocacy and policy initiatives. He was most recently Special Counsel to the President of NYC Health + Hospitals in New York City.

Before that he served as the Senior Health Policy Adviser to New York City Mayor Bill de Blasio. He also served as General Counsel in Mayor de Blasio’s Public Advocate office, and as a Health Sciences Litigation Associate at Orrick, Herrington & Sutcliffe, LLP in New York City where he was part of the team that successfully defended the Vaccine Act before the Supreme Court in Bruesewitz v. Wyeth.

Additionally, he has taught Public Policy at Columbia University and is an Adjunct Professor in U.S. Health Policy at the City University of New York, Baruch College. He received his Juris Doctor from Fordham University School of Law and his Master of Public Policy and Administration, Advanced Policy and Management from Columbia University School of International and Public Affairs. He received his Bachelor of Arts, Philosophy, Politics and Law from the State University of New York at Binghamton.