Why Premium Support for Medicare is a Bad Idea 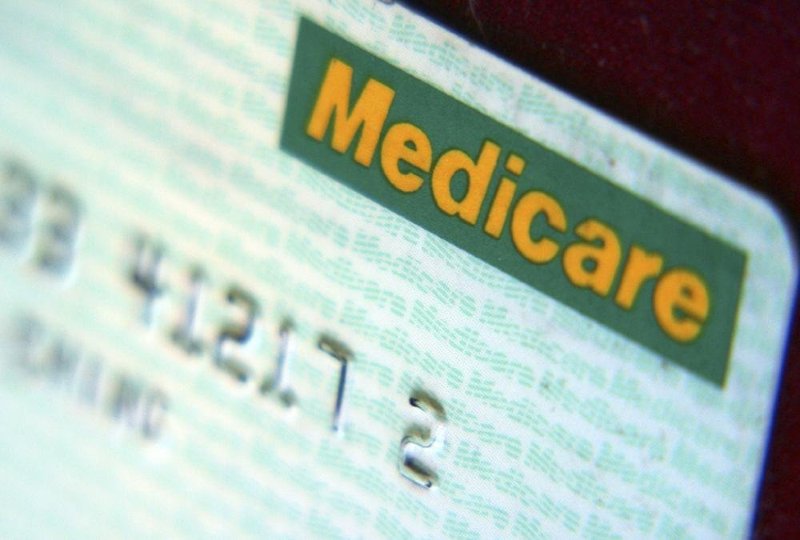 A proposal to fundamentally restructure the Medicare program—which provides health insurance to nearly all Americans age 65 and older as well as millions of younger people with disabilities—may not be on your radar, but it should be. The proposal would change Medicare into what’s termed a “premium support” or “voucher” program. Premium support proposals have been put forward several times in the past decade—and the House of Representatives recently included it in its 2018 budget blueprint.

How would premium support work?

Today, Medicare charges the same premiums nationwide for its “Part B”, which covers physician and outpatient services. And most people do not have to pay for “Part A”, which covers inpatient hospital services. Individuals have the option of getting their Medicare benefits either through traditional Medicare coverage or by enrolling in one of the private Medicare Advantage plans available in their location.

In most premium support designs, the voucher amount would be set each year and would differ among locations, reflecting the differing costs of healthcare (including traditional Medicare) among regions. Different methods could be used to set the voucher amount—and will determine how much the government pays (the voucher) and how much people with Medicare pay (the rest of the price for the plan they choose). Some proposals would base it on a region’s average (or a lower) price. Other proposals would limit yearly increases in the voucher amount using a specified measure, such as the growth of the economy. While such ideas may sound okay at first look, they could lead to more and more costs being shifted to individuals over time.

How would premium support affect people with Medicare?

Proposals for restructuring Medicare as a premium support program raise serious concerns for people with Medicare now and in the future.

Advocates argue that premium support would lower government spending for Medicare, compared with the current design. They also claim that it could lower overall Medicare costs because making people pay out-of-pocket for more-costly plans would lead to increased competition and would push people into lower-cost plans.

These claims are misleading, however. While in theory government spending on Medicare could be controlled by limiting growth in the voucher, those savings would largely or entirely be paid by individuals with Medicare.

Some people would have to pay much more for traditional Medicare

In many locations, people would see steep increases in the premiums for traditional Medicare, the option most people with Medicare choose today. In some locations, the premiums for traditional Medicare would be so expensive that it would be unaffordable for most people and thus not a real option for them. They would be forced to enroll in a lower cost plan that they otherwise would not choose.

Traditional Medicare covers any doctor or hospital that accepts Medicare, which nearly all do. In contrast, private plans usually offer a limited network of providers.

Options would decrease, not increase

While proponents argue that premium support would enhance opportunities for people with Medicare to choose a coverage option that matches their preferences, a new research report by the Urban Institute challenges this claim. The report explains how premium support would reduce—not increase—options for individuals, compared with what they have now.

In some places, traditional Medicare could become so expensive that only affluent people could afford to choose it. In other places, private plans—which are now available in nearly all locations and chosen by about one-third of people with Medicare—would be more expensive than traditional Medicare. In some markets, private plans would not be able to attract enough enrollees to be successful, so individuals living in those places would no longer have this option.

Benefits could be affected

Instead of requiring all plans to provide the same benefits as traditional Medicare—like Medicare Advantage plans must currently do—some premium support proposals call for the benefits to be “actuarially equivalent”, meaning that they would cost the same for an average population. Benefits could, therefore, vary in what services they cover and levels of cost sharing. This could make it difficult to compare health plans when choosing among them.

Further, some plans might use benefit design strategically to try to attract lower-cost, healthier enrollees. This could distort the market, causing prices to rise steeply for plans that offer benefits that better meet the needs of people with chronic or complex conditions.

Most important, any savings must come from somewhere. It is unlikely private plans under premium support would be much, if any, more efficient than the current program. Therefore, most or even all of the cost savings under premium support would likely come at the expense of people with Medicare. Some people would have to pay more out-of-pocket for premiums, cost-sharing, and services not covered by Medicare. Others would end up foregoing needed care because it would be unaffordable. Many who prefer traditional Medicare would be unable to afford it and would be forced into a lower-cost private plan.

If, instead, the voucher is large enough to protect more people from large increases and to allow them to buy traditional Medicare, if they prefer it, then savings would diminish or disappear—while still causing a lot of turmoil for people in with Medicare.

People who currently have Medicare would be affected

Although some proposals would “grandfather” people currently enrolled in Medicare so they would not have to participate in the premium support system, they are still likely to be significantly affected. The grandfathered group might see their Medicare premiums increase more rapidly over time as their group ages and their healthcare costs rise. They are also likely to see their options for private Medicare Advantage plans dwindle as insurers respond to the changing market in which there are with fewer, older, “grandfathered” enrollees.

Summing it up: Why premium support is a bad idea

While at first look premium support may seem like a reasonable idea, it is fraught with complex design issues and pitfalls for people who rely on Medicare.

Premium support would put numerous people at risk for high out-of-pocket costs, make traditional Medicare unaffordable for many, and reduce options for coverage.

By contrast, the current combination of Medicare Advantage and traditional Medicare promotes private plan competition and offers a variety of options in nearly all locations. While Medicare has imperfections and should be continually improved, Americans count on it each and every day for affordable healthcare. With a premium support system, that guarantee would be lost.

Harriet Komisar is a senior strategic policy advisor on the Health Team in AARP's Public Policy Institute, where she focuses on Medicare and other healthcare policy topics. She has extensive research experience on issues in healthcare and long-term care financing and policy. Before joining AARP in April 2013, Harriet was a research professor at the Health Policy Institute and the Georgetown Public Policy Institute (now the McCourt School of Public Policy) at Georgetown University. She had recently completed a year as a visiting policy analyst in the Office of the Assistant Secretary for Policy and Evaluation at the U.S. Department of Health and Human Services. From 2009 to 2010, Harriet was a senior research analyst at the Hilltop Institute at the University of Maryland, Baltimore County. Before joining Georgetown University in 1996, she was a principal analyst at the Congressional Budget Office, where she worked on topics related to Medicare and other areas of federal healthcare policy. Harriet received a Ph.D in economics from Cornell University and a bachelor of arts from Yale University.