Why I was Ashamed to be an American 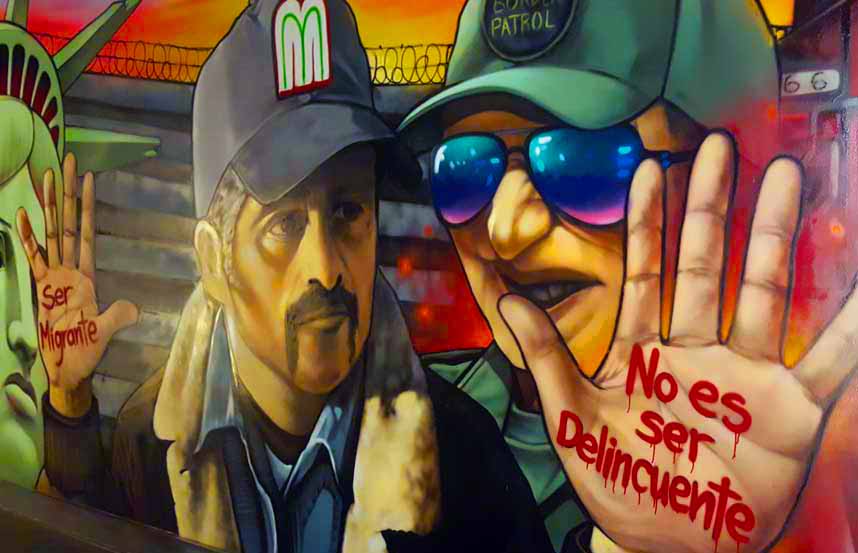 For the first time ever, in a very long life of international travel, I was ashamed to be an American. My husband and I went to the profoundly important Museo de Memoria y Tolerancia in Mexico City a few years ago. I have been to many Holocaust museums and genocide memorials around the world (including most recently the Red Terror Martyrs Memorial Museum in Addis Ababa). I expected this one to be similar. But I was wrong.

It was not a typical genocide memorial. Rather, it was a museum dedicated to tolerance. Indeed, there was much emphasis on understanding the antecedents and consequences of many different modern genocides, starting with the Armenian genocide and ending (at least temporarily) with Darfur.

We spent almost five hours going through the museum and reading everything (in Spanish). Then, at the end of the regular tour, there was a special exhibition by an artist. It was placed in a small room that had large murals painted on walls. The murals were filled with messages of tolerance.

Two video players were also embedded in the walls. One was playing a YouTube video of Trump saying Mexico was sending us rapists—you remember this opening campaign statement from our then President-elect, right? 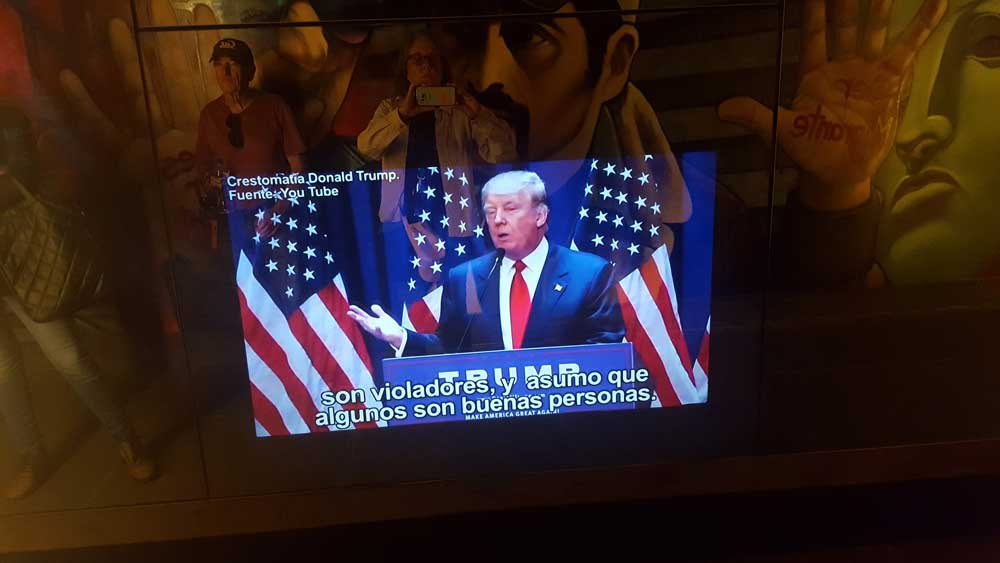 The other video was equally disturbing. It showed a young man looking at the camera from his truck. He told the viewers that he was going to pick up some men on the street to have them come and help build his deck. He nodded towards a group of obviously Hispanic men in work clothes. They excitedly piled into the back of his truck.

Related Content:
What Helps to Ensure Cooperation in Diverse Societies?

And then the camera panned to the driver again. He said, “They think I am taking them to my house to help build a deck, but that is not where I am taking them.” No surprise, he drove them to the local immigration office to turn them in.

He then returned to his truck and grinned into the camera. He appeared proud as punch for having scared the bejeezus out of some poor people who were willing to do work for him because they needed the money.

Above the video, the words “Trabajo no es crimen, Trabajo is dignidad” (work is not a crime, work is dignity) appeared.

Ashamed to be an American

We were in the exhibition room with a number of young Mexicans. We looked over at them. Their expressions showed the same shock and disgust that we were feeling. I was mortified.

This is not the America that I have been so proud of all of my life. I was ashamed to be a part of this view of America—so ashamed that I wanted to apologize to these young people, but words failed me. I did not believe this is who we aspire to be. I thought it was indeed shameful.

Unfortunately, recent events related to our Southern border include (but are not limited to) the following government-sanctioned activities:

These events make me think that I am wrong about the aspiration part.

There are powerful people (and as the featured video shows some not so powerful people) in this country who think, in fact, that demonizing people from other countries will “make America great again.”

What would you do?

The exhibit clearly showed that the men in the truck video were people who were looking for work. Work is not a crime, it brings dignity. It brings hope. Also, people hoping to seek asylum so they can enter the U.S. after fleeing horrific violence in their home countries is not a crime. Rather, it reflects a deeply ingrained and natural instinct for self- and family-preservation.

I wonder, dear readers, if you were living in a country where it is extremely dangerous to live and the ability to support your family was non-existent, what would you do? It is in our DNA to protect ourselves and our loved ones. If you weren’t born in America and you lived in a place like Tegucigalpa or San Salvador), would you accept your fate and just stay in place or would you do whatever it takes to get the hell out – taking your kids with you?

What should we do instead?

As some of the candidates in last night’s Democratic debate pointed out, instead of chasing down and deporting people, our country should be doing everything in its power to help make all countries safe to live in so people don’t have to leave.

Unfortunately, the stories of the many genocides displayed in the Tolerance museum have demonstrated that, all too often, our government (and that of many other wealthy nations) sides with the oppressors or simply turns a blind eye to the suffering of our fellow man.

This has got to change if we are ever to have a world without displaced people who are just trying to do what all of us would do if we were in their situation: Survive. 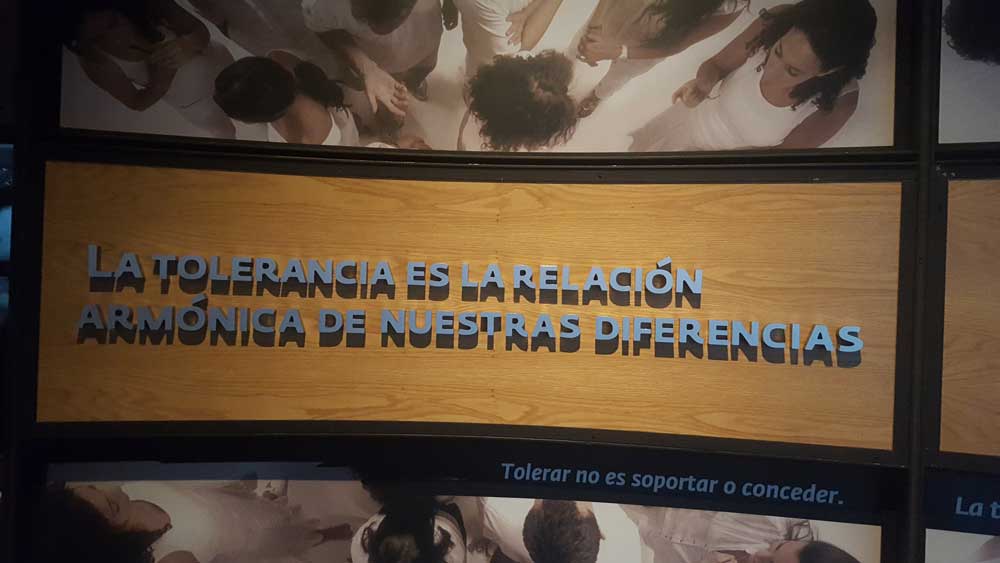 If you are ever in Mexico City, please visit the Museo de Memoria y Tolerancia. It will change your view of the world. In fact, it would certainly be helpful for the future of the planet if our President, his advisors and cabinet members as well as the leadership of Congress, could spend a few hours there.

Editorial comment: This story was first published on June 27, 2016, with the title, “Remembrances, Tolerance, and Shame.” I wrote it shortly after my husband and I returned from a trip to Mexico City. If you are tracking the increasingly shameful racist events occurring all around the country – like the ones described in this story, you will understand that what I originally wrote in mid-2016 is, unfortunately, is still relevant today. Shame on us!