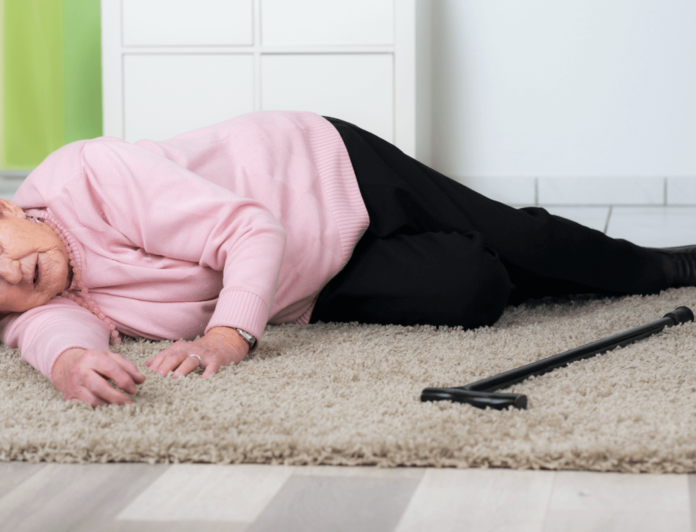 I was offered my choice of bisphosphonates after breaking my shoulder and ending up with a diagnosis of osteoporosis. I initially opted for Reclast, a drug that only requires one dose a year albeit by IV infusion. I made an appointment to get the drug several weeks later. I wanted to have time to research my options.

After reading as much as I could during that time, I made an appointment with my bone health specialist to discuss the treatment. We spent 45 minutes discussing the osteoporosis literature. Despite being a physician, trained in endocrinology, and now pretty up-to-date on the treatment, I just could not bring myself to tell her that, yes, I would take the drug in any of its formulations. Why is that?

I am not anti-medication; I take a ton of them for various conditions that I blame on my mother’s side of the family as well as certain of my less than stellar habits. I also understand the seriousness of the disorder, not only because my broken bone hurt like hell, but also because I am aware of the dismal outcomes of people who fall and break their hips or fracture their vertebrae. This is definitely a serious condition.

I also know that I am probably not going to build stronger bones without some type of treatment. With the exception of taking calcium supplements, I was already doing all of the recommended lifestyle interventions. I started running in my late 20’s and have continued to do weight-bearing exercises until this day. I eat a healthy diet and I have never had to take any of the drugs known to weaken bones. I even took a selective estrogen receptor modifier (SERM) for more than 20 years. Although I was diagnosed with Vitamin D deficiency a few years ago, I have had D3 levels in the normal range since I started taking supplements.

So, my choice was taking bisphosphonates—the current drug of choice for osteoporosis—or taking my chances that I won’t get another fracture.

Related Content:  Early Testing for Osteoporosis Gives a Voice to a Silent Disease

A crisis in the treatment of osteoporosis

An editorial (August 2016) in the Journal of Bone and Mineral Research, titled “A Crises in the Treatment of Osteoporosis,” makes it clear that I am not alone in my ambivalence about the current treatment of choice. A study that looked at bisphosphonate use in 22,598 hip fracture patients to prevent additional fractures, found that the use of the drug decreased from a measly 15% in 2004 to an “abysmal” 3% by 2013.

The authors of the editorial are Sundeep Khosla, MD from Mayo Clinic and Elizabeth Shane from Columbia University (the former with no conflicts of interest, the latter with a history of research support from Lilly, Amgen, and Merck, the manufacturer of the most commonly prescribed bisphosphonate, Fosamax). They note that although bisphosphonates are the “most widely-used drugs today to prevent and treat osteoporosis,” serious side effects, such as osteonecrosis of the jaw, atrial fibrillation, and atypical femur fractures, have scared people away from these drugs even though they are rare.

Citing an analysis of three randomized clinical trials of bisphosphonates, the authors point out that it is the relative risk, not absolute risk that needs to be discussed with patients fearful of taking these drugs. Here is what they mean:

To translate this, there is a very good chance patients will benefit from bisphosphonates and a very small chance that they will be harmed.

In addition to fear of the horrific, albeit rare side effects, there is the difficulty taking the drug in oral form. You have to take it on an empty stomach and not lay down or eat for at least a half hour. If you opt for the IV form, you have to get yourself to an infusion clinic to receive it, which is time-consuming and costly.

Fear is stoked in no small measure by the large number of stories on the Internet. Google “bisphosphonates” and you will almost certainly come across the prolific writings of Vivian Goldschmidt, Founder of The Save Institute (short for “Save Our Bones”). Her website proclaims the Institute provides

“Been on your program one and a half years. my dexa was -4.9 a year ago, went back this year my dexa was -0.7. I am so happy with the exercises and the supplements.”

The alerts are accompanied by comments from readers that describe horrible side effects all brought on by taking bisphosphonates.

I don’t mean to pick on Save our Bones but the internet is flooded with bad bisphosphonate stories.

What’s a patient to do?

I was lucky. I have access to a bone health expert and a PCP, both of whom have been willing to talk me through my bisphosphonate fears. Interestingly, what finally pushed me over to the “take them, you fool” side of the equation was a photo our Social Media Manager Steffie Harner found to accompany my own story on drugs and osteoporosis.

The woman in this photo conjured up visions of my much loved strong but shrinking, blue-haired granny. Although she didn’t fall and break her hip, she clearly had osteoporosis at the end of her life. This could have been her…or, it might be me.

Although I am an endocrinology-trained physician who has read the recent osteoporosis literature, it took a photo to really bring home to me what the consequences could be for me if I didn’t take the drug that my doctors and most osteoporosis experts recommend.

Patient decision-making in the era of empowered patients is complex and poorly understood. In the old days when doctors were gods, they (we) said it and you did it (or not).

However, in the internet era, the inputs into the decision-making process have grown exponentially. There is so much to see, read, and listen to. So, who would have guessed that my own informed decision would be so heavily influenced by my emotional response to a photo? This should give pause to all of us who pontificate about patient behavior.

10/1/16 Postscript: I took my first alendronate (generic Fosamax) pill almost a week ago and outside of the inconvenience of having to plan my morning around the dosing, I didn’t feel a thing. Everything’s good…so far.

2/11/2021 Postscript: So everything did not turn out to be fine after all. I took Fosamax for several months when I started noticing something was wrong with my vision. I had more floaters than usual and something just didn’t feel right. It took me another couple of months to get myself in to see an ophthalmologist.  To my horror, he found on OCT examination that I had huge lesions in both of my eyes. He immediately suspected a rare condition called chorioretinitis.

I was referred to a specialist in that type of disease who was part of my health plan. The treatment was high dose Prednisone (definitely not good for my osteoporosis) and Cellcept – an immunosuppressant that came with many pages of warnings. Despite exhortations from my PCP, I discontinued the Fosamax deciding that a broken bone was infinitely better than going blind.

I got a second opinion from a Stanford doctor who is renowned for his work on this type of problem. Together we decided that my eye disease could have been related to taking Fosamax. This was primarily because my eyes were fine on OCT before I started taking the drug and scarred afterward with all of the known causes of the condition being ruled out by extensive testing. Eventually, I was written up as a case report in the Journal of Opthalmology.

Now, we don’t know with a high degree of certainty that Fosamax caused the eye disease. The only way to prove it would be to take the drug again and see if my condition worsened. Of course, I am not going to do that. So, dear readers, it is hard to know what to tell you about taking Fosamax or related drugs. The one thing I can say with certainty though is that we need much better treatments for this common and sometimes debilitating disease.