Who Really is the Enemy of the People? 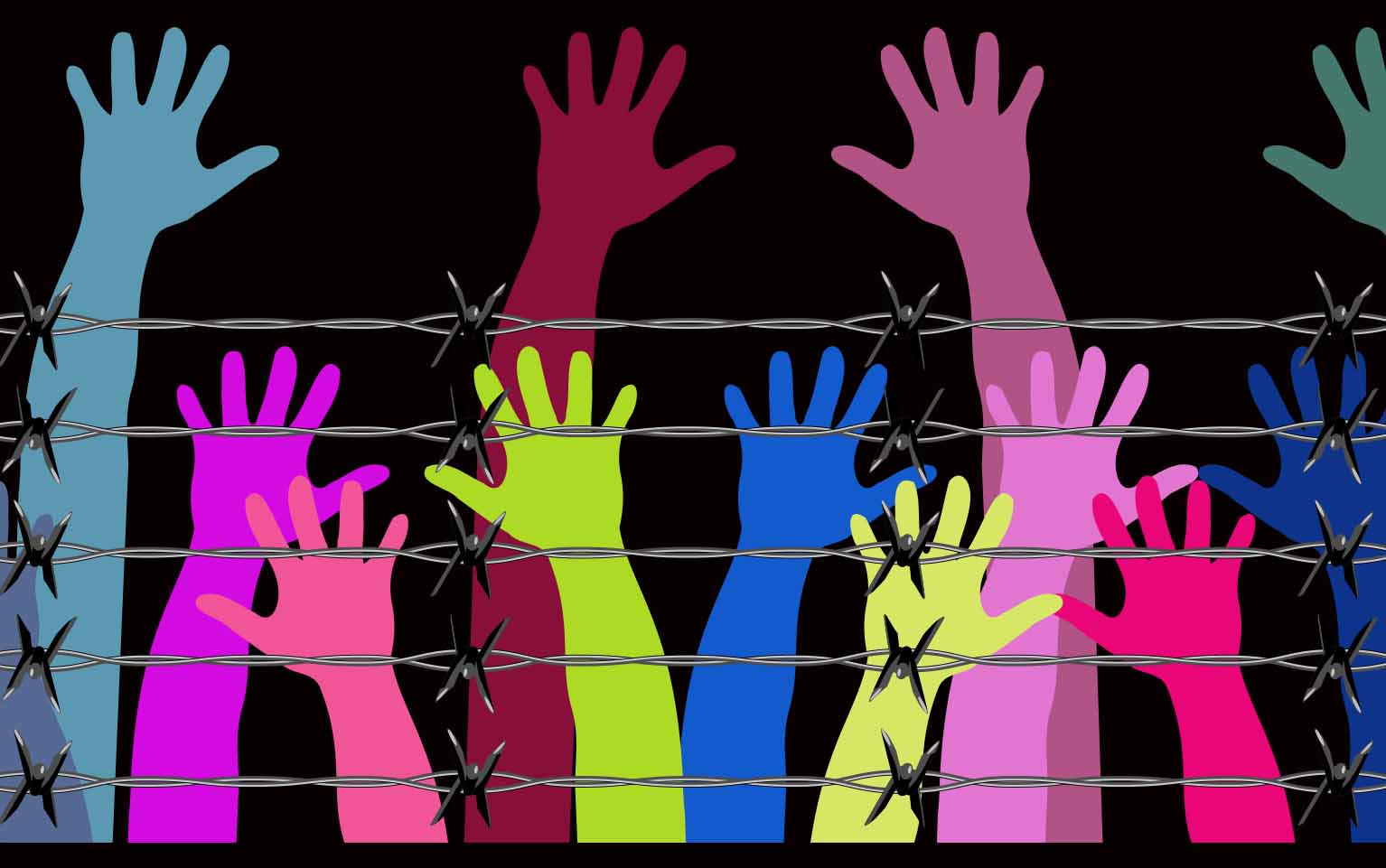 As a physician and scientist, I have a special aversion to the phrase “Enemy of the People,” not to mention that being Jewish, these words raise my alarm hormones (epinephrine, cortisol) to sky-high levels. As the Nazi antisemitic newspaper Der Stürmer (whose English namesake The Stormer is alive and well on the internet today) wrote in 1938:

“The Jews don’t want to go to Madagascar.* They cannot bear the climate. Jews are pests and disseminators of diseases. In whatever country they settle and spread themselves out, they produce the same effects as are produced in the human body by germs. … In former times sane people and sane leaders of the peoples made short shrift of enemies of the people. They had them either expelled or killed.”

That was 1938. Two years later, the Jews were indeed killed, first by the thousands, later by the millions.

Why you might be wondering, would the physician/scientist part of me get alarmed when I hear the words “Enemy of the People” being thrown about by the President? He’s “only” going after the press, right?

At the end of the 19th century, Henrik Ibsen wrote a play called “An Enemy of the People”. The story revolves around the fate of a doctor in a Norwegian town who discovers that the public baths there were contaminated. The business interests, the civic authorities, and the press tried to muzzle him. When that failed, they labeled him an enemy of the people. The townspeople turn on him, he loses his job, his home is vandalized, and he gets evicted. He loses everything, but the good doctor remains unbowed. And, although he is the ultimate moral victor in the face of this general opprobrium, it is not really a happy ending for this dour Norwegian playwright and his character.

The 21st-century rendition of the play has unfolded in front of our eyes in Flint, Michigan in the past few years. Dr. Mona Hanna-Attisha, a pediatrician in town discovered that the water supply was heavily contaminated with lead. She tried to alert the state authorities. Their reaction?

“The state said that I was an unfortunate researcher, that I was causing near-hysteria, that I was splicing and dicing numbers,” HannaAttisha says. “It’s very difficult when you are presenting science and facts and numbers to have the state say that you are wrong.”

We did not invent the notion that scientists who uncover inconvenient facts are cast as enemies of the people. Stalin called the Soviet geneticists enemies of the people because the science of genetics did not conform to Marxist ideology. He sent most (over 3000 of them) to Siberia, and executed their scientific leaders following “show” trials. Fortunately, our climate scientists are not in mortal danger…yet. But check out the manacing venom directed at climate scientists under the cover of a non-committal or even approving government and you’d realize how close we are to a mob rule.

“The formula ‘enemy of the people,’” Nikita Khrushchev told the Soviet Communist Party in a 1956 speech denouncing Stalin’s cult of personality, “was specifically introduced for the purpose of physically annihilating such individuals” who disagreed with the supreme leader. It remained to his great-granddaughter, Nina Khrushcheva, a professor of international affairs at NYU, to tell us that “the phrase was shocking to hear in a non-Soviet, moreover non-Stalinist setting.”“Her great-grandfather”, she said, “of course also used Soviet slogans and ideological idioms but still tried to stay away from sweeping denunciations of whole segments of the Soviet population.”

No such compunction for our president. His denunciations of the press, TV, and journalists as human beings have an escalating pattern. Here are some choice quotes from his August 2017 only days after the disastrous events in Charlottesville:

“If you’re reading a story about somebody, you don’t know. You assume it’s honest, because it’s like the failing New York Times, which is like so bad. It’s so bad.”

“Or CNN, which is so bad and so pathetic, and their ratings are going down.”

“I mean, CNN is really bad, but ABC this morning — I don’t watch it much, but I’m watching in the morning, and they have little George Stephanopoulos talking to Nikki Haley, right? Little George.”
“I really think they don’t like our country. I really believe that.”
And then, there is this:
“With all of the Fake News coming out of NBC and the Networks, at what point is it appropriate to challenge their License? Bad for the country!”
And this from a tweet August 2018:
The Fake News hates me saying that they are the Enemy of the People only because they know it’s TRUE. I am providing a great service by explaining this to the American People. They purposely cause great division & distrust. They can also cause War! They are very dangerous & sick!
Can you discern an escalating pattern?

Where to does all this lead us?

On August 3, 2018, right-leaning NYT columnist Bret Stephens penned an emotional piece entitled “Trump Will Have Blood on His Hands,” which took aim at Trump’s heated diatribes directed at the media. He quotes a threatening phone message, one of many he had received:

He continues: “I don’t carry an AR but once we start shooting you f—ers you aren’t going to pop off like you do now. You’re worthless, the press is the enemy of the United States people and, you know what, rather than me shoot you, I hope a Mexican and, even better yet, I hope a n—– shoots you in the head, dead.”

He repeats the racial slur 10 times in a staccato rhythm, concluding with the send-off: “Have a nice day, n—– lover.”

So, from denial of broadcasting licenses to “unpatriotic” TV channels to incitement to violence against journalists to actual threats of “bullets to the head” -how far are we from Putin’s Russia?
Why should a scientist worry about all that? first, because above all the media is comprised of human beings. But second, because like journalists, scientists are dedicated to finding and reporting the facts. And, like the journalism profession, science, and the truth, in general, is under attack. This is an existential threat to our society.

A ray of hope?

I can’t just end with this jeremiad; it leaves me depressed. So here is a hopeful thought.

Remember Nero! His rule is usually associated with tyranny and extravagance. Tacitus claims that the Roman people thought him compulsive and corrupt (the Roman version of DT?). Suetonius relates that many Romans believed that the Great Fire of Rome was instigated by Nero to clear the way for his planned palatial complex, the Domus Aurea. (Trump tower coming to mind?) According to Tacitus he was said to have seized Christians as scapegoats for the fire and burned them alive, seemingly motivated not by public justice but by personal cruelty (Journalists, scientists, political opponents, take heed).

Nero fled Rome when Rome’s discontented civil and military authorities chose Galba, a civil servant and the governor of Spain, as emperor. He committed suicide on June 9, 68 AD, when he learned that he had been tried in absentia and condemned to death as an enemy of the people. As they say, history does not repeat, but it does rhyme.

So let’s hang in there. There is hope.

*Nota bene: what are they talking about; I loved Madagascar, its people, and its astounding nature, especially the lovely lemurs.