What You Need to Know About Carfentanil, the Deadly Synthetic Heroin 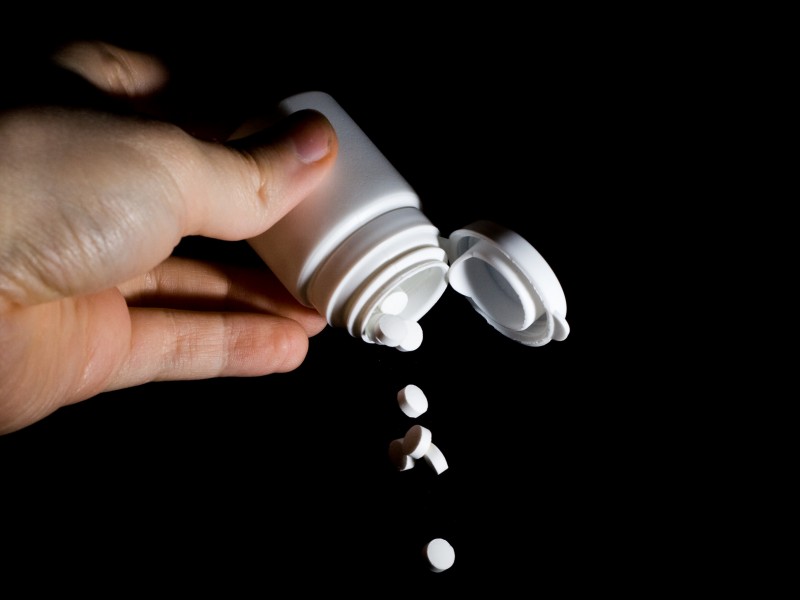 Unless you work with large mammals, are involved in law enforcement, or consider yourself a narcotics expert, you’ve probably never heard of carfentanil. Consider yourself lucky.

Carfentanil is an unbelievably powerful synthetic opiate, manufactured for use as a tranquilizer for large mammals, like elephants. Basically, it’s man-made heroin on steroids. Ten thousand times more powerful than morphine, a few grains of the substance are considered a lethal dose for humans. Unlike other commonly abused opioids such as oxycodone, fentanyl, and hydromorphone, there is no practical human use for this pharmaceutical. The United States classified carfentanil as a Schedule II Controlled Substance, and it is highly regulated. So how is it responsible for deaths across our country?

Carfentanil is used to increase the strength of heroin

Our nation is in the midst of an opiate crisis. The abuse of narcotics including heroin and prescription painkillers is surging among middle-class, young adults. Just like its cousin fentanyl, carfentanil is being mixed with heroin to increase its strength, thus increasing the profit margin for dealers. Fentanyl made an appearance on the opiate scene in the past few years as another dangerous heroin substitute, but the potency of carfentanil is unprecedented. Dealers love it because it makes sense from a business perspective to mix stronger synthetics into heroin, driving up its potency and increasing sales. But typical drug dealers are far from chemists, so mixing lethal chemicals with drugs is far from an exact science. As pushers experiment to find the right potency, users can never be sure of which substance they are using or in what amounts. Even without the danger of synthetics, opiate addicts are always at risk for overdose. This new danger adds a whole new element of uncertainty to the growing epidemic.

Like fentanyl, carfentanil is a colorless and odorless granule or powder that is undetectable by the daily user. Since dealers often mix carfentanil into heroin along with other ingredients, buyers have no way of knowing how much is in their dose. For example, if a gram of heroin is 10% carfentanil, someone could theoretically consume 1/10th of that gram and only ingest carfentanil. Since a lethal amount can be the size of a poppy seed, the danger here is obvious.

The epidemic’s ravaging the Midwest, especially. In Ohio, public health and advocacy groups have issued warnings in several counties following a string of several overdoses last summer. Confiscated heroin has tested positive for carfentanil in at least six other states, reinforcing fears that the dangerous substance will continue to spread.

But how could a highly regulated veterinary medicine even make it into a street-level heroin dealer’s hands in the first place? Chinese vendors are largely responsible for the influx of spiked heroin in the United States and Canada. Law enforcement believes it is being manufactured in China and imported into Mexico or South American countries, mixed in with Mexican heroin, and then trafficked into the United States.

Single-dose Naloxone is not enough

Another frightening aspect is the fact that Naloxone, the only approved medicine to reverse opioid overdose, is often not powerful enough in regular doses to be effective. Individuals frequently require multiple doses to be revived because of the sheer potency of their narcotics. Naloxone, also known by its trade name Narcan, was developed for a typical heroin or opiate overdose. Unfortunately, the medicine sometimes isn’t enough for this deadly new chemical. Even those who keep Narcan on hand can’t always revive a loved one because the newer synthetic opioids are just too powerful.

There is a glimmer of hope, however. China has classified carfentanil and a few other synthetic opiate analogs as controlled substances, effective March of 2017. This substance will still be extremely hard to regulate because it is usually created in secret laboratories, but the new laws abroad are a beginning for international cooperation.

In the past, trace amounts of this deadly chemical have been undetectable, which is why it is hard to pinpoint its presence when combined with other drugs. It is difficult for law enforcement to affirmatively say that a synthetic opioid caused an overdose rather than the heroin itself. Recently, though, a toxicologist in Franklin County, Ohio has recently developed a test that is capable of detecting minuscule amounts of carfentanil within a sample of heroin. This test is predicted to have a hugely positive influence on the problem. If developed into a field test, it would allow police to detect opiate analogs in confiscated drugs and charge the criminals who possess it accordingly. It would also put an exact number on overdoses that occur from each opioid variety. Having reliable statistics can help convince lawmakers that the problem goes deeper than Mexican cartels and street level dealers in America, but can be traced all the way to secret manufacturing facilities in Asia. Passing legislation and encouraging cooperation between countries and agencies can help to prevent the manufacture and import of these chemicals and save many lives in the process.

There is little doubt that more designer drugs and analogs will be created, imported, and passed around on American street corners. There will need to be more cooperation between government agencies and even countries to classify them as controlled substances to establish consequences for those who import and export them.

It is important now more than ever that resources for those struggling with addiction and alcoholism are affordable and readily available. Hospital participation is pivotal to getting those suffering from substance abuse into rehabilitation programs where professionals can treat them.

In addition, people who may encounter overdosing individuals should be trained to spot an overdose and potentially save a life. Even though one treatment of Naloxone is sometimes not enough to reverse a carfentanil overdose, the more individuals who are trained to administer this medicine, the better. In many states, over-the-counter Narcan is available for purchase in pharmacies.

Advocacy, education, and treatment are essential to battling this disease. With no sign of this epidemic slowing down or stopping, it is important to remember that every person struggling with addiction can recover from their disease if given a chance.

Parker’s pragmatic, yet introspective take on substance abuse recovery bridges the gap between science and firsthand experience. He hopes to reach the struggling and the recovering addict where they are at through his writing and communication skills. Parker is currently the Digital Marketing Coordinator at Ambrosia Treatment Center in Palm Beach Gardens, Florida.