What Will Radiology Look Like in the Age of AI? 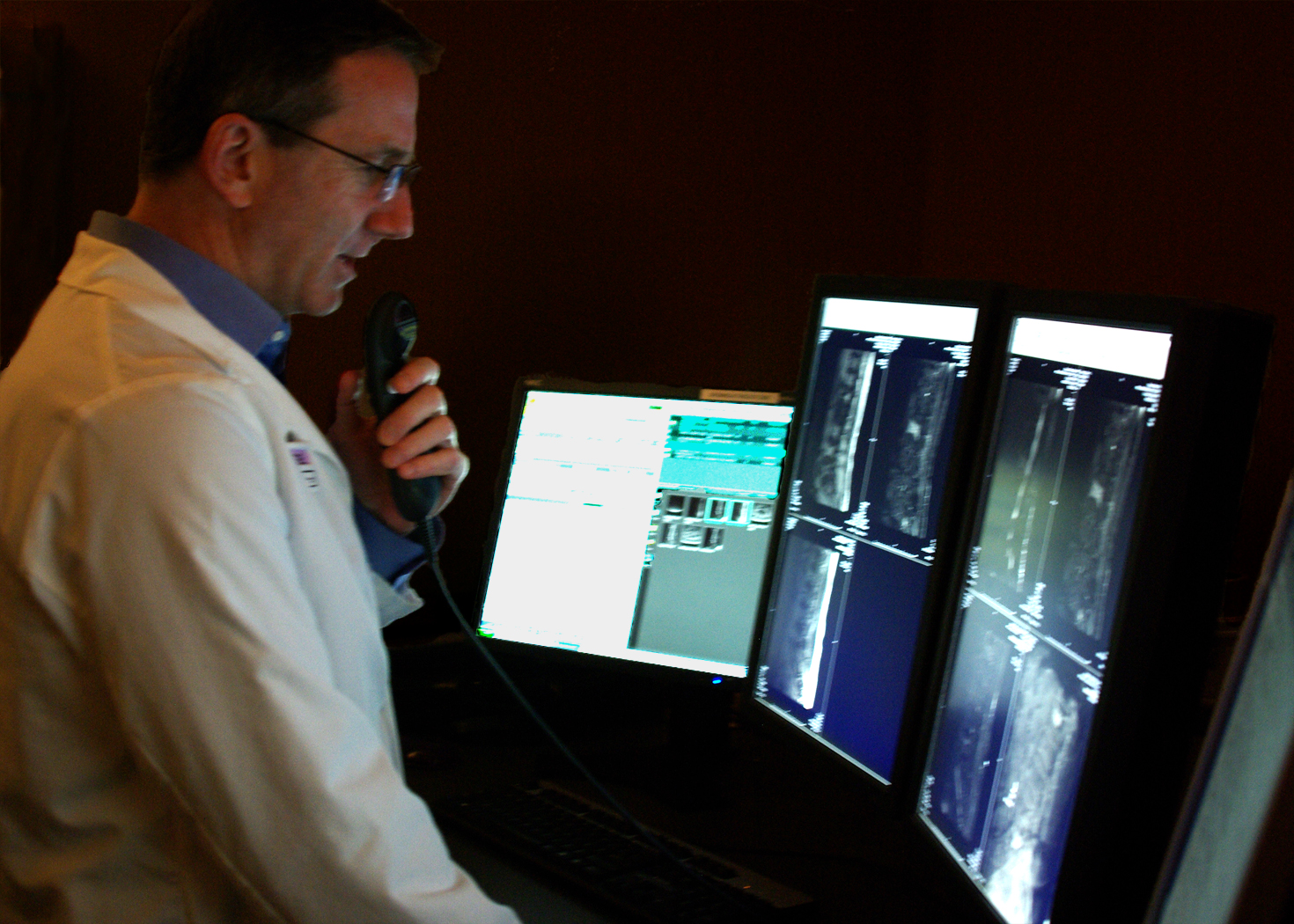 Diagnosing a patient by using algorithms is becoming the latest technological breakthrough in healthcare. Radiologists, among other health professionals, however, are unsure of the future of their careers when they imagine competing with new technology that can read images like CT scans and mammography exams and give instantaneous results. Not only that, but these technological advancements are cheaper, more efficient, and can work non-stop hours.

Instead of competing with AI, many health professionals predict that they will work with it, similar to how the autopilot feature is used in aviation — it did not replace the job of pilots but enhanced it. AI will most likely take over diagnosing simpler cases and carrying out repetitive tasks. Let’s look at how it will change the healthcare industry and impact those that work in it.

Who Will Be Replaced

In the near future, it won’t be people losing their jobs directly to AI technology, but people losing their jobs to people who know how to work with AI technology. Curtis Langlotz, Professor of Radiology and Biomedical Informatics at Stanford University, mentioned in his presentation at the GPU Tech Conference in San Jose in May 2017 that he had recently received an email from one of his students saying that they were interested in radiology but hesitant to pursue it because they believed it’s a dying profession. Furthermore, he said this isn’t the first email he’s received from concerned students because of AI technology.

According to Arizona State University, however, “As artificial intelligence and automation fuel a seismic shift in the traditional job, it also holds the promise to drive solutions for an evolving workforce.” This means radiology isn’t getting taken over by AI, but evolving it to make less busy work and allow for a more creative environment for radiologists. The combination of human and machine is what will revolutionize the healthcare industry.

How Will It Revolutionize the Industry

The goal is to see AI technology interpret images, even the most complex ones, as accurately as the most experienced radiologists of today. As for the near future, AI will mostly be handling the busy work of radiology, like automatically generating final reports without preliminary readings and interpreting both the patients’ prior imaging exams as well as their complete medical history — doing this and more all on a 24-hour basis, 7 days a week, with no risk of fatigue, monotony, interruptions or distractions.

“Machine learning may add to these challenges by further automating and accelerating operations in radiology, leaving technologists to ramp up efficiency accordingly.”

Will There Be Challenges Introducing AI?

With an astronomical amount of data to process for AI machines, it may take some time before it is introduced on a wide spectrum in healthcare. The algorithms that AI works with is fed by millions of images that learn to spot differences in tissues, similar to a computer using images to recognize the difference between a bear and a wolf. In the case that an algorithm is mistaken in the diagnosing process, researchers must adjust the code, making it a very lengthy and tedious process.

Editor’s note: Be sure to check out this related video: Want to Know What Makes AI Work?

AI may also pose a challenge for students finding jobs working with AI technology. As rapid advances in technology reshape the workforce, the need to address education, training and job opportunity becomes more important for the next generation. In nursing, AI technology is used as a sort of middleman between the nurse and the patient that can reference valuable information about the patients’ symptoms, diagnoses, and prognoses.

With all of this talk and rumors of AI technology taking over radiology, more radiologists should be focused on understanding the efficiency of AI technology, its benefits, and how it can be improved to accomplish the end goal: helping the patient. It is likely the radiology field will change dramatically in the next 10 years, but looking back on the field 10 years prior shows it was nothing like it is today either.