What Differentiates Creative Geniuses From the Rest 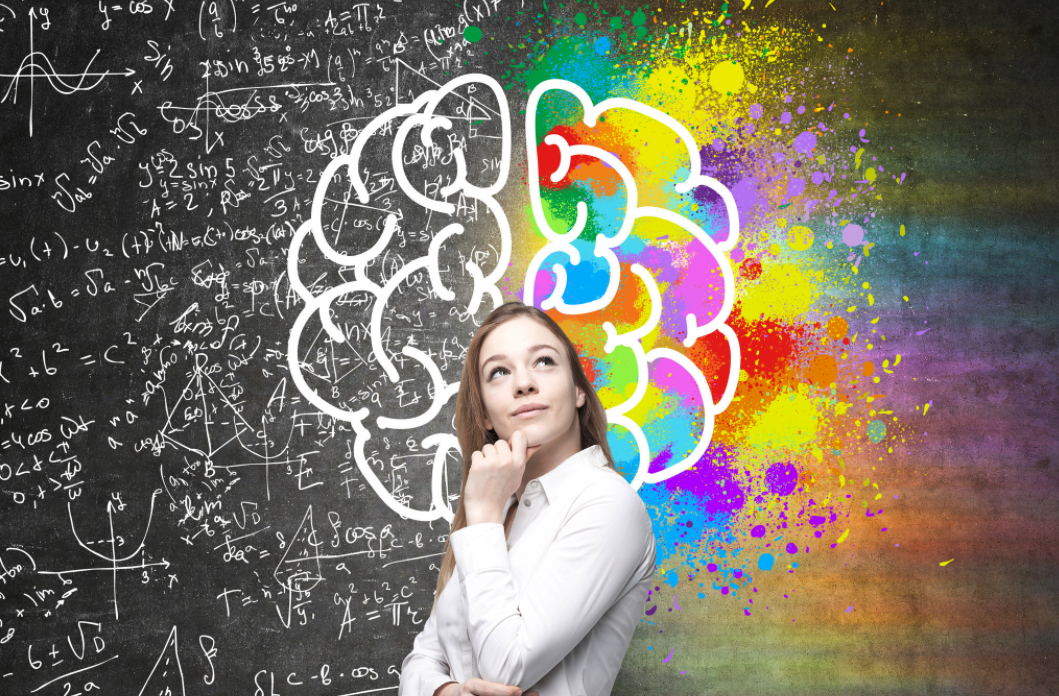 What differentiates creative geniuses from the rest? So, let me tell you a story.

When I was a senior in high school, we had to solve what was for me incredibly difficult differential equations for our math homework. The solution to one problem could take a full page or two and several hours to complete. The next day in class, the teacher would call on one of us who would have to stand up and read the solution to a problem from his notebook.

One nerdy-looking kid, let’s call him Uri, never did any homework. But when called upon, he would stand up and read the correct solution off of a blank page! The kid was a math whiz and everybody was sure he was going to end up a professor somewhere.

Yuval, another classmate, also solved the problems (in a few minutes, I might add). He sometimes came at them from a completely unexpected angle that was breathtaking in its originality. How did he see this solution so clearly when the rest of us, including the teacher, saw only the conventional path to the solution? We didn’t really know.

Yuval went on to become an internationally renowned mathematician. Uri ended up a lab technician. Both boys had superior IQs. But one was closer to a savant who could perform incredible math feats while the other saw patterns that ordinary people did not—he was a creative genius.

What do we know about genius and creativity? Lewis Terman, the creator of the IQ scale, initiated the longest-running longitudinal study of genius in the world. In 1921.

He recruited the creme de la creme, the top 1%, of third to eighth graders in California schools. In total, 857 boys and 672 girls, all having IQ scores between 135 and 200, participated in the study.

They were evaluated and reevaluated at regular intervals throughout their lives. The results were published in Terman’s book, Genetic Studies of Genius, now running at five volumes as well as a monograph and dozens of articles.

And the results? Well, the high IQ people didn’t do too badly in life. Physically, they were taller, healthier, and more athletic than their non-genius peers; the only physical deficit that was more common was myopia (near-sightedness). They were also more socially mature and generally better adjusted. And, they had happy marriages and, in general, they earned high salaries.

But 30% of the men and 33% of the women didn’t graduate from college. A large number of them ended up in semi-skilled trades and clerical positions. Importantly, by and large, high IQ did not predict creative achievement in later life.

When the cohort of 757 individuals who were available for follow-up at mid-life was evaluated, the researchers found that only three were engaged in creative activities. One was an Oscar-winning film director and two were successful writers.

Conversely, several studies have shown that groups of highly creative people (e.g., well-known writers, successful architects), have mean IQs in the 120 range. An IQ in this range is considered to be “superior,” but it is not in the “genius” range.

So what does it take to be creative? Before we answer that, we have to take a look at where and how the brain thinks.

Where does the brain think?

Nancy Andreasen is the chairwoman of the Dept. of Psychiatry at the University of Iowa Medical School. In 2000, she was awarded the President’s National Medal of Science for pioneering use of brain imaging to study cognitive processes and mental illness. Being at the University of Iowa, where the famed Writers’ Workshop is located, she had a rich source of creative subjects to study creativity. She summarized her seminal work on the subject in 2011 and in an article in Atlantic magazine in 2014.

In an intensive case-control study, each subject in her study was interviewed in depth for two days. Everything was explored: their personal history, family history, mental illnesses in the family, their history of creative accomplishments, their work habits, the ways they develop their ideas and complete their work, and their own thoughts as to how their creative process works.

These two tasks tap into the process of making verbal and visual associations. A third task was selected in order to examine brain activity during abstract pattern recognition, a process similar to that occurring during some aspects of scientific creativity.

Then, a fourth task was added. The subjects were told to just relax and let their brains free-associate. They were told that they could think about whatever pops up. This is what is called the default state. Andreasen refers to this as Random Episodic Silent Thoughts (REST). But the fMRI showed something far different from resting.

How does thinking happen?

This study tells us where thinking happens. But not how it happens. One answer to the question is that the prefrontal cortex, the executive center of the brain, filters out the “noise,” integrates the relevant input, and voila, a thought is born.

However, this is misleading. The current models of the brain conceptualize it as being made up of distributed circuits comprised of nodes that mutually share the responsibility for creating its outputs. If that is the case, then how do we go from chaotic babble to coherent thought?

In 1987, James Gleick published a best-seller called, Chaos: Making a New Science. Chaos in the biblical sense meant just that: Total disorder. But chaos theory is also called complexity theory. It is the study of dynamic and nonlinear processes and of self-organizing systems. If you are feeling intimidated by this description, then just imagine a kaleidoscope. As you turn it, the colorful little pieces inside self-organize into beautiful patterns.

All of these things produce a form of organization in which the control is not centralized, but rather is distributed throughout the entire system. The system is dynamic and changes arise spontaneously and frequently produce something new. Again, think of the kaleidoscope. Every once in a while a more coherent pattern emerges, like a perfect polygon of some incredible color combination.

The human brain is the ultimate self-organizing system. Creativity is one of its most important emergent properties. The stereotypical image of creative geniuses is that they are just not “completely normal”. Just think of Van Gogh who severed his ear. Or William Styron’s description of his suicidal depression in his bestseller, Darkness Visible: A Memoir of Madness. Or Robert Schumann suffering from debilitating, and ultimately fatal, manic-depression as he wrote his third symphony.

Evidently, a genius doesn’t have to be overtly psychotic. Beethoven started out quite “sane”, socially adept, and writing passionate love letters to a succession of young women, most of them his music pupils. His beautiful moonlight sonata, for example, was written for his 16-year-old pupil and love object Countess Giulietta Guicciardi. But as his deafness progressed, his anguish grew deeper and he turned into a disheveled, cantankerous, financially strapped old man. But he was not “insane”. His letters of that period are full of painful sadness, as was his music. And then, as a last act of brilliant defiance, he writes the monumental 9th symphony and its stirring “Ode to Joy”—not a piece of art born of madness, or deep depression, but pure creative genius.

In her first Iowa study, Andreasen found that 80% of her creative subjects had had some kind of mood disorder at some time in their lives, compared with 30% of the control group. Conversely, there is evidence that high scorers on neuroticism tend to be more creative than low scorers. One study of 257 professional painters and sculptors living in Germany found that the male artists were significantly more neurotic than the male non-artists. Similarly, individuals working in creative roles in the advertising industry tend to score significantly higher on neuroticism than employees in noncreative roles.

So what gives? Why are they more prone to paranoia, obsessive-compulsive disorder, bipolar disease, and schizophrenia?

In her Atlantic magazine article, Andreasen quotes from “A Beautiful Mind,” Sylvia Nasar’s biography of John Nash, the mathematician who saw patterns that others could not and, among other things (like developing the mathematical foundation for game theory), proposed a cryptography machine (disclosed by the NSA) that was based on computational hardness. John Nash was schizophrenic.

A fellow mathematician who visited him while he was institutionalized at McLean Hospital, asked him “How could you, a mathematician, a man devoted to reason and logical truth, believe that you are being recruited by aliens from outer space to save the world?” To which Nash replied, “because the ideas I had about supernatural beings came to me the same way that my mathematical ideas did. So I took them seriously.”