What Everyone Should Know About the Infant Microbiome 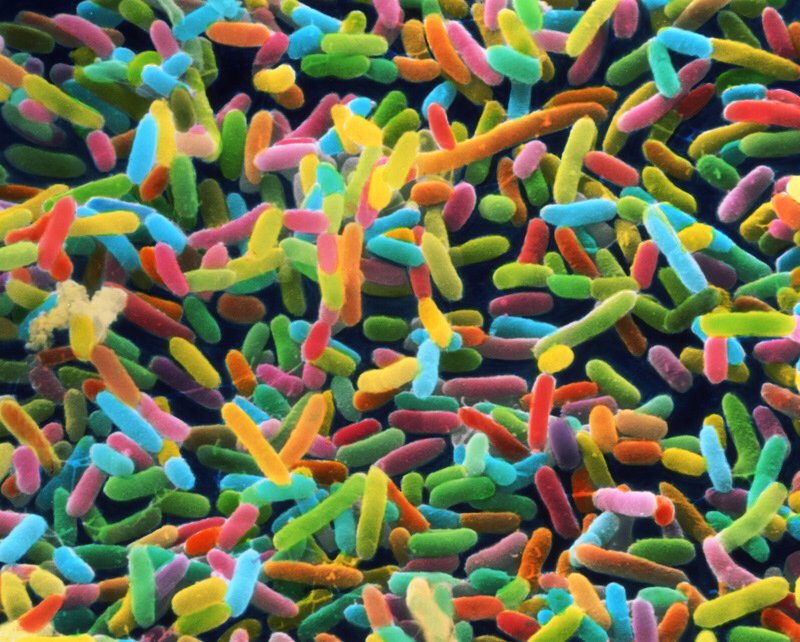 For years, people have been talking about the microbiome, probiotics, and gut health. Yet, most parents (and even some doctors) are unaware of the critical role of the infant microbiome as a foundation for good health throughout a child’s life.

For example, here are several interesting facts about the infant microbiome:

Although microbes are present everywhere in and on the body, the large intestine (or colon) contains the highest concentration and greatest diversity of microbes.

These trillions of microorganisms aren’t just along for the ride. We have a symbiotic relationship with them; in exchange for giving them a place to live, they help keep us alive.

For example, in addition to our digestive enzymes, microbes in the gut help to break down many of the proteins, lipids, and carbohydrates in our diet into nutrients that we can then absorb. They also have been shown to help to regulate the immune system’s responses to disease, control our weight, regulate our sleep, and alleviate stress.

Before they’re one-year-old, babies are colonized by more than one thousand different species of bacteria. And their moms play an important role in building their gut microbiota. But, how so?

From the moment we’re born, our bodies begin to be colonized by trillions of microbes, with the first bacteria coming from our moms’ birth canals, gut, skin, and breast milk. The types of microbes will depend on where we were born, how we were delivered, and what we touch in our first hours and days of life.

Scientists have found that intestinal bacteria from the mother colonize the infant shortly after birth, indicating that mothers are a source of intestinal bacteria for vaginally-delivered infants. That’s why it’s important for moms to maintain a healthy diet during pregnancy.

It’s also beneficial for moms to have as much skin-to-skin contact as possible with their newborns, especially in the first 24 hours of life, which is a critical time for passing along immune-supporting bacteria.

There’s no doubt that breastfeeding is the best way to boost a baby’s immune system. But why is this true? What makes mothers’ milk unique and so potent?

One factor may be human milk oligosaccharides (HMOs), prebiotics that are the third most abundant solid component of breast milk after fat and carbohydrates (lactose). HMOs feed the good bacteria in baby’s gut which is where 70% of the cells of the immune systems reside, and they are thought to play multiple roles in helping to protect baby’s digestive and immune system.

Of the more than about 20 major types of oligosaccharides identified in human milk, 2’-fucosyllactose (2’-FL) is by far the most prevalent. Extensive preclinical research on 2’-FL throughout the last 15 years suggests that it may exert positive health benefits on the gut microbiome, infection and inflammation (infectious disease, immunity, and allergy), brain development and necrotizing enterocolitis (NEC)—during which portions of the bowel undergo tissue death.

Related Content:  What Parents Should Know About the New USDA Dietary Guidelines

According to a 2016 CDC report, more than 8 in 10 mothers in the U.S. (81.1%) begin breastfeeding their babies at birth. It is the gold standard for infant nutrition. However, only about half of babies (51.8%) are still breastfeeding at 6 months of age.

But for all the parents who need or choose to use infant formula, there’s now a new way to give their children an immune-nourishing prebiotic previously only found at significant levels in breast milk. Backed by 15 years of HMO research, including 20 pre-clinical and clinical studies, Abbott’s Similac® with 2′-FL HMO* is the first and only infant formula in the U.S. to bring immune benefits of HMO to formula-fed babies. A 2016 Journal of Nutrition study shows that babies fed infant formula with a structurally identical version of 2’-FL HMO had an immune response more like breastfed babies.

As parents introduce their children to solid foods, they can help diversify their babies’ microbiota by choosing foods that are unprocessed and gut-healthy such as vegetables, fruits, and grains. Encouraging a child to be active also can help build more than muscles, since research has shown that exercise may play a role in promoting a healthy gut microbiota.

At a time when some children spend countless hours interacting with digital screens, it’s become even more important for them to go outside and interact with the world around them. Research has shown that children may actually benefit from exposure to germs to develop protection from illnesses, allergies, and other autoimmune diseases. Studies show that children who grow up on farms, attend day care, or have pets are less likely to experience immune-related illnesses.

From the moment a child enters the world, the gut microbiome begins to develop. The first years of life are an especially critical time for growing trillions of bacteria to benefit the immune system and metabolic activity since a child’s microbiome stabilizes and begins to resemble an adult’s by the age of 3.

Pediatricians and parents play an important role in facilitating the development of the gut microbiome, which literally is a breeding ground for good health for the rest of a child’s life.

*not from human milk

**Similac with HMO was introduced in the U.S. in 2016, and will be introduced in several international markets throughout 2017 and 2018 – as the first infant formula with 2′-FL HMO, an immune-nourishing prebiotic that was previously only found at significant levels in breast milk.

Editor’s note: Although this post has a commercial element, we felt the information valuable for our readers. We received no remuneration for posting this content.

Dr. Buck received her PhD degree in immunology from the University of Cambridge, U.K. She works at the forefront of infant nutrition. As a discovery scientist in the field of immune health, Rachael studies the components of breast milk to help Abbott nutritionists develop infant formulas that are as close as possible to breast milk. She designs clinical trials to study the effects of these nutrients on babies’ development in the first year of life and beyond. Currently, Rachael is leading the pioneering research program for human milk oligosaccharides (HMOs). HMOs are beneficial, prebiotic-like nutrients found in breast milk that support intestinal and overall health. Abbott has driven the clinical research behind HMOs for more than 20 years, paving the way for this breakthrough ingredient to be added to infant formulas. The research on HMOs has demonstrated improved immunity benefits similar to breast fed infants. Preclinical research also shows HMOs reduce intestinal discomfort, reduce food allergy symptoms, and enhance cognition, which may lead to diverse health benefits for infants.