What is the Science Behind the Spread of Fake News? 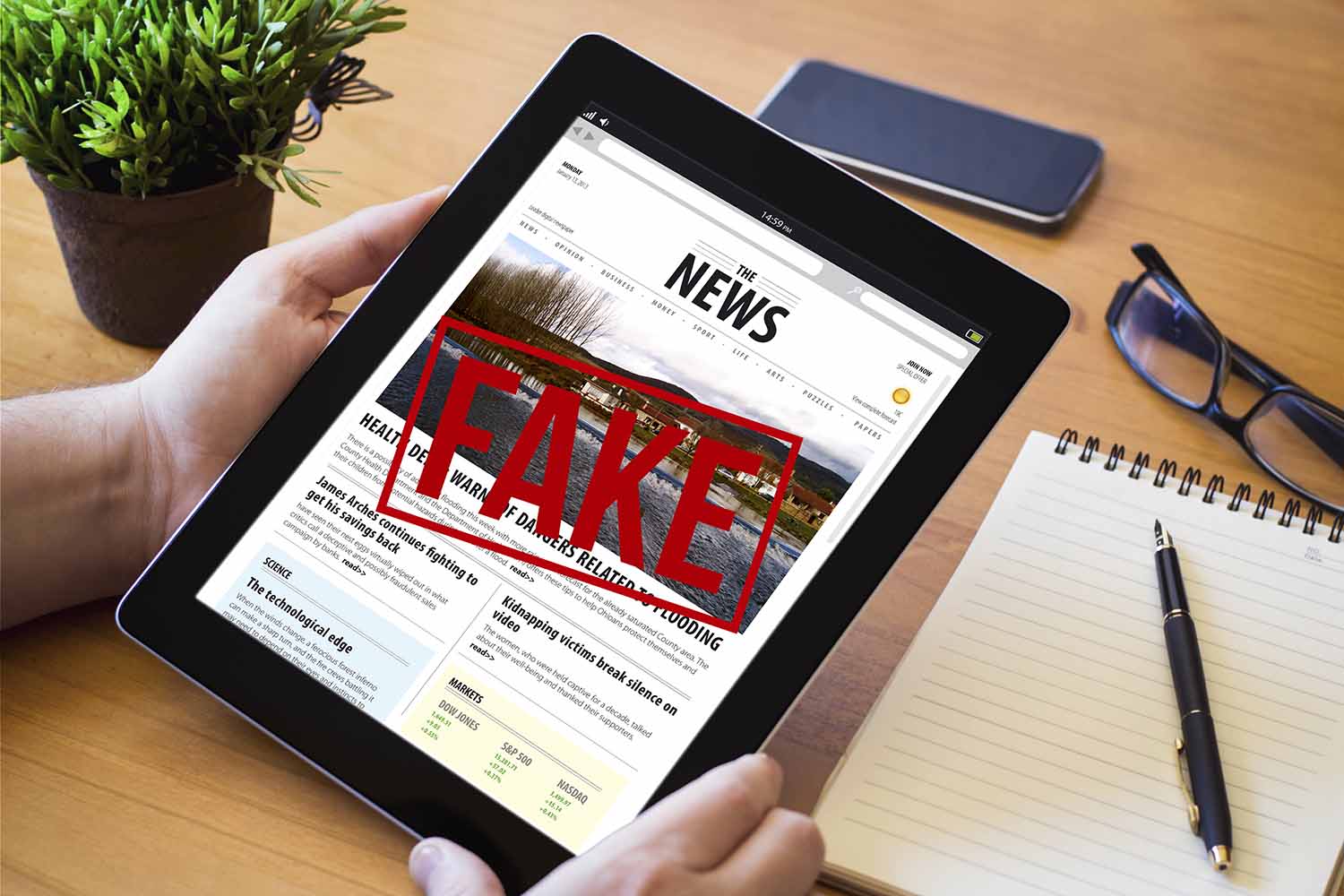 Believe it or not, in some ways science has a lot to say about fake news and in other ways not nearly enough. When it comes to understanding this phenomenon, we can draw on a wealth of information ranging from anthropology, sociology, network theory, to psychology and neurobiology.

And yet, despite the detailed technological, behavioral, and biological armamentarium at our disposal -there is precious little that we can deploy to scupper the attack on our democracy. To understand the reasons for this dismal state of affairs, read on.

The history of fake news.

Truth or accuracy are nothing less than basic to almost every human endeavor. Theories of decision-making, cooperation, communication, and markets all have a common fundamental assumption: trust, based on truth.

Spreading false rumors and muzzling truthful information is as old as the Bible. But in more modern times the use of propaganda during WWI, primarily by Russia and Germany, caught the journalistic, and thus the general public, totally unaware. Thus, the NYT journalist Walter Duranty, who was wined and dined by Russian operatives, reported from Moscow that the 1932-33 famine in the Soviet Union was a lie propagated by a hostile Western press. It took years to uncover the truth. In the meantime, millions died, and many more poor souls were deported and withered away in Siberia. And thus did fake news celebrate one of its early grim successes.

This and numerous other episodes of propaganda manipulation of the press and broadcast prompted news outlets to establish norms of reporting to assure its veracity. But these norms could be observed only in democratic societies. When a despot takes over the press becomes a propaganda tool, truth be damned. A prime example is Hitler and his propaganda minister Joseph Goebbels, whose “big lie” was responsible in large measure for the frenzy of hatred against Jews, and ultimately, the Holocaust.

With the advent of the internet, the old order was cast aside. The democratization of information dissemination had its good effects and bad ones. Anybody and anything (I am talking about bots) could open a twitter account in total anonymity and float lies, conspiracy theories, fomenting discord, and incitement to violence. Examples range from ISIS recruitment propaganda to “Infowars” malicious conspiracy theories, to dissemination of a constant barrage of presidential lies.

How common is fake news? And, how fast does it spread?

We ‘know’ it’s common. But despite all the talk, scientific studies are surprisingly few. A  2017 study estimated that the average American encountered between one and three stories from known publishers of fake news during the month before the 2016 election. Sounds like a conservative estimate? It is. The study tracked only 156 fake news stories, not even close to the many thousands that were generated by mostly right-wing trolls and the millions of Russian bots. Furthermore, If you live in California or New York you’d think that is an overestimation, and if you live in Ohio, Wisconsin, Michigan, or Pennsylvania you’d think that’s a laughable underestimation. Reason: these states were targeted by the perpetrators of fake news in the hope of swaying the (euphemism alert) less-informed. Averages, in this case, are akin to drowning in 10 feet of water in a lake whose average depth is 2 feet.

There is another aspect that the study did not deal with: the speed of the spread of fake news. In epidemiology, the phenomenon of spread is well-studied and quantified – albeit by looking at infectious diseases rather than lies and distortions.

Consider a person with the influenza virus. His exposure to uninfected persons will invariably result in a certain spread of the virus. Now, the rate of spread is naturally impeded due to the level of previous immunity in the community, immunization campaigns, and general preventative measures. But what if there was no pre-existing immunity, no immunization campaigns, and only ineffective preventive measures? The Spanish flu pandemic of 1918, the deadliest in history, infected an estimated 500 million people worldwide—about one-third of the planet’s population—and killed an estimated 20 million to 50 million victims, including some 675,000 Americans.

Now consider this: the enormous spread of the flu in the 1918 epidemic required some physical proximity between individuals. But what if the spread required only a keystroke, a ‘re-tweet’ or ‘share’ button? You can only imagine that the rapidity of the spread of fake news during the 2016 election must have dwarfed the spread of the Spanish flu by orders of magnitude.

Another article you might enjoy: Conservative vs. Liberal Views of Social Change. Who’s Right?

An article with the title, “The Spread of True and False News Online,” was published in Science by MIT scientists. They investigated the diffusion of all verified true and false news stories distributed on Twitter from 2006 to 2017. The huge database comprised of about 126,000 stories tweeted by about 3 million people more than 4.5 million times. the classification of true and false was done by six independent fact-checking organizations that exhibited 95-98% agreement on the classification.

What did they find out analyzing this rich trove of data? Largely a quantitative confirmation of the adage that “a lie can travel halfway around the world while the truth is putting on its shoes” (often misattributed to Mark Twain).

Without getting into the data weeds, let me summarize. They found that falsehood diffused significantly farther, faster, deeper, and more broadly than the truth in all categories of information, and the effects were more pronounced for false political news than for false news about terrorism, natural disasters, science, urban legends, or financial information. They found that false news was more novel than true news, which suggests that people were more likely to share novel information. Whereas false stories inspired fear, disgust, and surprise in replies, true stories inspired anticipation, sadness, joy, and trust. Contrary to conventional wisdom, robots accelerated the spread of true and false news at the same rate, implying that false news spreads more than the truth because humans, not robots, are more likely to spread it. We have met the enemy, and it is us!

Some people want to ascribe Trump’s election to the campaign of false news. Who can tell? There were so many ‘confounding factors’, such as an inadequate candidate, poor messaging, FBI director Comey’s intervention at critical points in the campaign, and so forth. But the impression that false news was responsible for a substantial portion of the political content on the internet is borne out by the estimate that 9-15% of active Twitter accounts were bots, and by Facebook’s own estimate of 60 million bots on their platform.

How much damage can even one rumor cause? Consider the false tweet that Barack Obama was injured in an explosion. It was swiftly found to be false, but not before it caused a loss of $130 billion in stock value. This is one tweet. Consider what 60 million bots, spewing out thousands of false tweets can do to the fabric of society.

What can be done?

Many proposals have been floated. Facebook and Google are using AI to root out these sites. How good are their algorithms? Facebook removed the Declaration of Independence as hate speech… but let’s assume that machine learning will improve the algorithms. The basic problem is that it’s a game of whack-a-mole. These sites reappear in a different guise faster than you can identify them. Furthermore, as we see from the swift stock market behavior, these efforts are too slow: by the time they are implemented, the fake news has been tweeted and retweeted again and again. And, once the bells tolled, they cannot be un-tolled.

The MIT study found that it is us, humans, who propagate the false news. Sixty million bots could not get to first base if there were no humans eager to spread the fake news.

In my naïvete, I thought that in our country, in our democracy, an educated populace would immunize us against the rapid and far-flung infestation of fake news. How naïve. Consider these relatively recent events:

A federal judge, a George W. Bush appointee, has dismissed the lawsuit in part because he concluded there is no right to literacy.

Could you imagine such a bald-faced attack on the very basis of a democratic society in pre-Trump America? You have to wonder, is there a Plot Against America, or am I just being paranoid?