Was James Damore Right About Women in Tech? 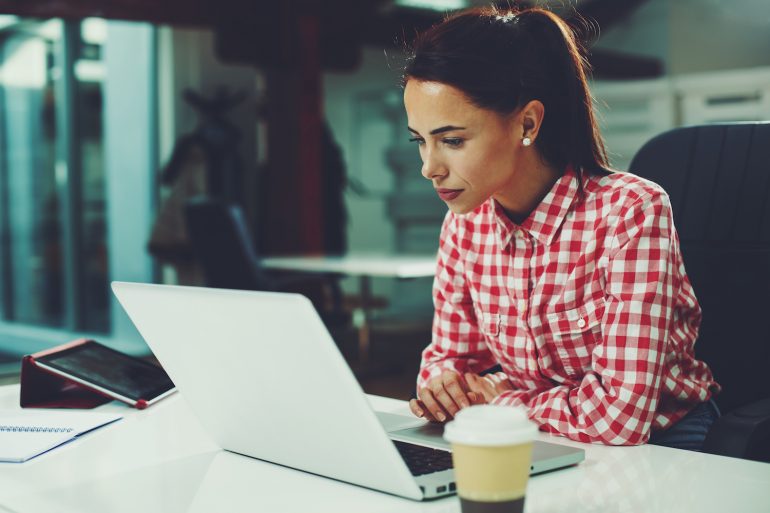 A long memo titled “Google’s Ideological Echo Chamber: How bias clouds our thinking about diversity and inclusion” landed with a loud thud in the emails and bulletin boards of Silicon Valley in July of this year. A lively debate about its content ensued. Eventually, the memo’s author, 28-year-old James Damore was fired. Hopefully, the Valley will never be the same again.

In the aftermath of the memo, a parade of women entrepreneurs, engineers, and administrators stepped forward and courageously called out their sexual abusers. To tell the truth, I was totally ignorant of this ugly reality. In this day and age? With all the laws on the book? With a highly educated population? I wondered, why were they silent until now? I was compelled to get a copy of the notorious memo so I could read it.

Before I dive into the details of the memo, let me point out that Mr. Damore is not just a crackpot woman-hater. He has impressive academic credentials, including molecular and cellular biology at the University of Illinois Urbana-Champaign, research in computational biology at Harvard, Princeton, and MIT, and a Ph.D program at Harvard, from which he dropped out before completion.

The main arguments of the memo

After acknowledging the presence of implicit and explicit bias against women in tech (by which he means software engineering), he nonetheless lists “non-bias” causes of the gender gap in tech, namely biological differences between men and women that are not socially constructed because, as he said in the memo,

Of course, several of the differences are so anatomically obvious you don’t need a high school GED to recognize them. But he is talking about very specific gender differences, namely performance in math and engineering. The trick of making some generally obvious statement and slipping under its cover a less obvious one is well known in debate strategies. But, we are here to illuminate, not debate.

Damore went on to say that the differences

“often have clear biological causes and links to prenatal testosterone.”

But he failed to cite examples or make the connection to math performance in later years. But I have one: The celebrated example of prenatal exposure to high testosterone of a first-born female spotted hyena. She is so aggressive she eats the other babies in the litter. However, within a short period of time, her testosterone-fired rage subsides and she duly assumes her place in the hierarchy of the pack. Although it doesn’t connect to math performance either, it does make the point that this prenatal exposure to testosterone leads to a behavioral change that is not long-lasting.

Another unsupported statement from Damore’s screed is this one:

“Biological males that were castrated at birth and raised as females often still identify and act like males.”

Exactly what point is he trying to make here? That “the underlying traits are highly heritable”? Well some are, but many are not. Further, what’s the relevance to math/engineering proficiency?

“They [women] are exactly what we would predict from an evolutionary psychology perspective.”

Here he falls into the trap of the circular reasoning that people who don’t understand the field of evolutionary psychology often use. The limit of this field is that it is retrospective. It offers possible explanations (many times closer to rank speculation) for certain biological observations. To be a predictive science, it would have to offer testable hypotheses that are subject to experimentation. The field of evolutionary psychology hasn’t done it yet; maybe because it cannot?

After stating that there are “generally accepted” differences between the genders, Damore goes on to list the personality differences that may explain why women are less adept than men at software engineering:

Tell it to my wife who hasn’t seen a new gadget she hasn’t fallen in love with at first sight. But seriously, women less inclined to ideas? In your own field, Mr. Damore, let me introduce you to Augusta Ada King-Noel, Countess of Lovelace (née Byron; 10 December 1815 – 27 November 1852), commonly known as Ada Lovelace. She was an English mathematician and writer, chiefly known for her work on Charles Babbage’s proposed mechanical general-purpose computer, the analytical machine. She was the first to recognize that the machine had applications beyond pure calculation, and created the first algorithm intended to be carried out by such a machine. As a result, she is often regarded as the first to recognize the full potential of a “computing machine” and the first computer programmer. So, like it or not, Mr. Damore, your field was invented by a woman. So much for lack of interest in ideas. And, in case you haven’t noticed her maiden name (née Byron), she was Lord Byron’s daughter. She wrote many of her ideas on machine computing in rhyme! Speaking of heritable traits. I would love to have some of hers.

Of course, he is right on this point. We all know what happens to women who are perceived as assertive. Remember the epithets thrown at Hillary Clinton during her runs for the highest office in the land? And, how about our President’s treatment of assertive women like Megyn Kelly or the beleaguered mayor of San Juan, Puerto Rico? The B word is liberally sprinkled all over the poison tweets of professional haters.

BTW, this assertion of women’s extraversion being misperceived as innocuous back-slapping gregariousness rather than substantive assertiveness coming out of a Google employee is laughable given that the male-dominated chaotic company was whipped into shape by Ruth Porat, one of the world’s best Chief Financial Officers. She came to Google, courtesy of testosterone-saturated Wall Street. She is the former CFO of J.P. Morgan. Google is also the organization that spawned leaders like Sherryl Sandberg (COO of Facebook), Marisa Mayer (former CEO of Yahoo), and Susan Wojcicki (running YouTube at Google). Sorry Mr. Damore, your argument is not credible.

I served in the Israeli military side-by-side with female soldiers that remained cool, and deadly, in high-stress situations that I hope you will never have a chance to experience. Did you know that we have now female marines, female pilots, and female Special Forces in our military? And in case you follow current events, the Kurdish Pesh Merga fighting Isis is highly populated, and many times led, by female soldiers. I have to admit that this bias, both explicit and implicit, is not limited to engineering, software, and otherwise. In my own field (medicine), women were not welcome in medical schools for many years because of ‘low tolerance to stress.’ You get an idea of the medical profession’s attitude from language that we don’t even stop to give a second thought. The word ‘uterus’ derives for the Greek hysteros. From there to hysteria, as a uniquely female affliction, arising from having a womb.

Why don’t females excel in math?

This is a simplistic question with a complex answer. The following findings are from a paper published by the American Psychological Association that highlights several meta-analyses, including millions of participants:

When we look at the normal distribution of math performance of males and females, the mean is indeed almost the same. But there is an intriguing difference; the right tail (highest performing) of the curve is “fatter and longer” in males than in females, meaning that among the very high performers, there are more males than females. Are there more “genius” boys than girls? A paper by 2 Economics professors, Muriel Niederle of Stanford and Lise Vesterlund of the U. of Pittsburgh, convincingly explain it. They ran a whole array of experiments of math competitions between groups of mixed gender as well as between groups of the same sex. Females in the mixed genders groups performed significantly worse than their male teammates. On the other hand, females competing against females performed equally to boys in mixed-gender or boys-only teams. This is a known phenomenon in the psychological literature: Females have higher anxiety in tests when competing against boys, especially in math tests. As any sports coach or anybody who ever took a college test would tell you, anxiety impairs performance.

But why the anxiety? Girls and boys with the same math test scores have very different assessments of their relative ability (for example, see Eccles, 1998). Conditional on math performance, boys are more overconfident than girls, and this gender gap is greatest among gifted children (Preckel, Goetz, Pekrun, and Kleine, 2008). The strong gender stereotype that boys are better at math may help to explain this gender gap in confidence.

Niederle and Vesterlund ran an experiment when the chance to win a monetary prize in a math tournament was either for the best two (regardless of gender) in every mixed-gender team or for every one male winner, there has to be a female winner (the “affirmative action” experiment). Their study showed that when women are guaranteed equal representation among winners, more women and fewer men enter competitions. The change exceeds that predicted by the changes in the probability of winning that result from the introduction of affirmative action.

The response caused the fraction of entrants who are women to increase from 29 to 64 percent! The excessive response is explained to a large extent by changes in beliefs on the chances of winning the competition and attitudes toward competition. Specifically, men are less overconfident and women less reluctant to compete in groups where their own gender is better represented.

So yes, Mr. Damore, Google is doing exactly the right thing by ensuring that women are guaranteed equal opportunity to win, they will equal your performance, and may even exceed it. We did it in medical schools years ago with spectacular success.