Why Is Vitamin B12 So Important? 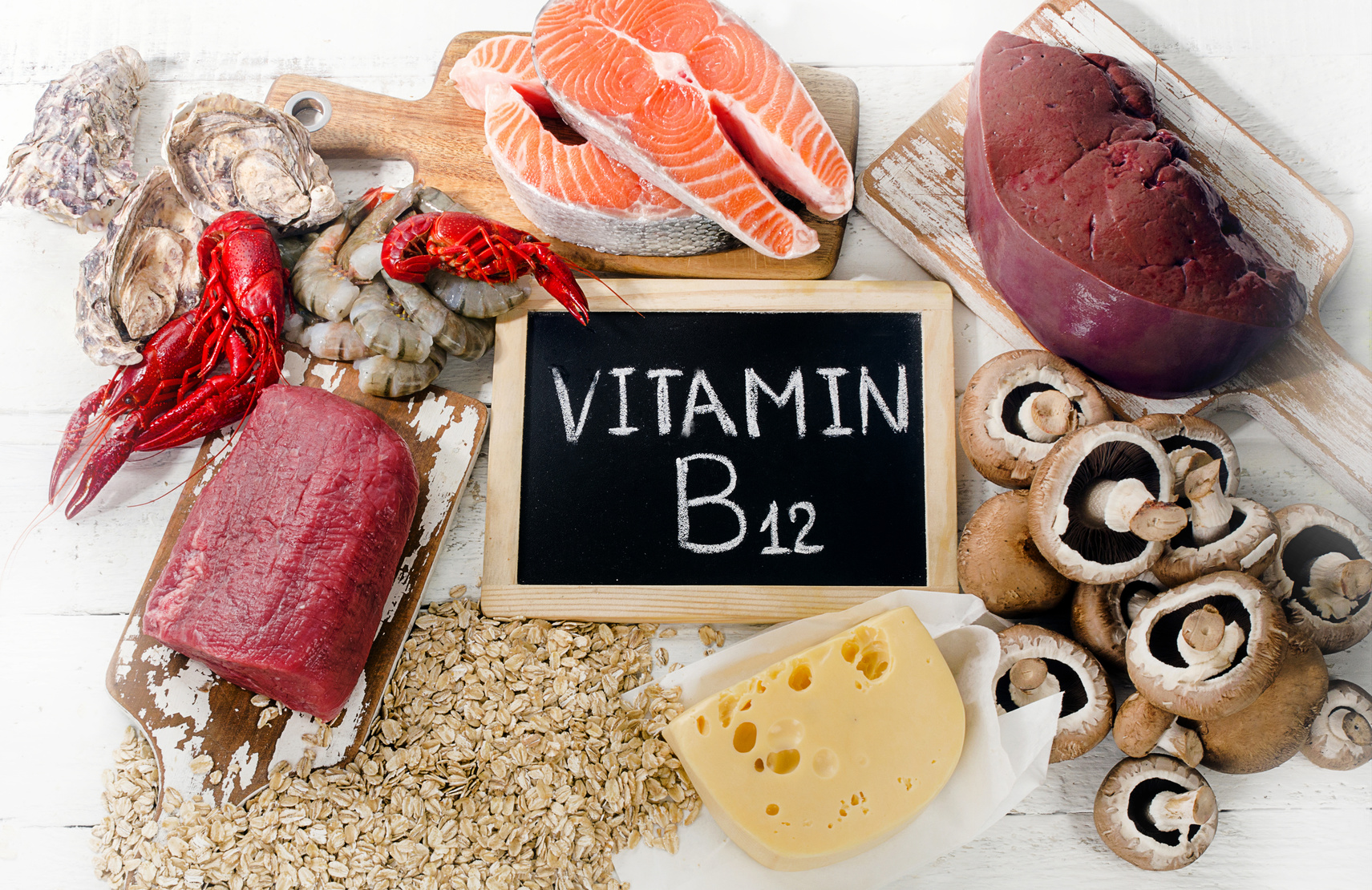 Why is vitamin B12 so important? It’s because it plays a critical role in many of the body’s most important functions. Consider this:

Vitamin B12 is also a necessary co-factor in 3 important biochemical reactions:

In short, vitamin B12 has a deep and wide metabolic reach.

What is vitamin B12?

First of all, the term vitamin is used to describe compounds that are essential for normal function but cannot be synthesized by the human body. They must, therefore, be acquired from the diet—or nowadays via pills known as supplements.

Vitamin B12 belongs to a family of naturally occurring cobalt-containing compounds known as cobalamins. It was discovered in the late 1940s about a decade and a half after it was determined that consumption of liver corrected a particular type of anemia known as pernicious anemia.

Eventually, the vitamin was purified and crystallized from liver and its structure was elucidated via x-ray crystallography. This led, in 1973, to the vitamin being synthesized (created artificially). This, in turn, opened up the possibility of using supplements to remedy deficiencies of the vitamin.

What type of foods contain vitamin B12?

Vitamin B12 can only be found in animal products (e.g., fish, meat, eggs, and dairy products). It is generally not present in foods that come from plants. However, it can be found in many breakfast cereals, nutritional yeasts, and other foods that have been fortified with B12.

Vitamin B12 can be found in varying amounts in almost all animal foods. However, certain animal foods, such as liver and clams, contain particularly large amounts. The National Institutes of Health Office of Dietary Supplements provides a list of the amount of B12 found in a variety of foods. Here are some examples:

You can find more information about the B12 content of specific foods by searching the US Department of Agriculture’s FoodData Central.

What is the recommended daily intake of vitamin B12?

The daily requirement for B12 is actually quite small – note that the amounts below are in micrograms. It also varies depending on the life stage as shown in the table below that was adapted from the National Institutes of Health Office of Dietary Supplements:

Because body stores are so large, it may up to 10 years of inadequate intake or malabsorption for the clinical manifestations fo B12 deficiency to develop.

What are the causes of vitamin B12 deficiency?

One of the main factors associated with B12 deficiency, I am sorry to say, is age. Depending on the study population, between 5-20% of seniors have B12 deficiency.

Older individuals often have a combination of factors that interfere with B12 absorption. These include:

Although these factors interfere with dietary B12 absorption, people with this type of B12 malabsorption, sometimes referred to as food cobalamin malabsorption, are able to absorb the form of B12 found in supplements.

Pernicious anemia (PA) is an autoimmune disorder that interferes with B12 absorption. Individuals with the disorder develop autoantibodies that attack the acid-producing parietal cells of the stomach lining.

These cells also produce intrinsic factor. Other autoantibodies that target intrinsic factor (IF) are also present in many people with PA. Intrinsic factor is a protein binds to vitamin B12 to facilitate its absorption from the terminal ileum of the intestines into the bloodstream. Lack of IF leads to malabsorption of B2.

The result is that people with pernicious anemia have both achlorhydria (absence of stomach acid) and decreased absorption of dietary B12.

Another cause of vitamin B12 deficiency is dietary. Vegans and vegetarians are, particularly, at risk. So are people who have inadequate animal-derived products in their diet. Additionally, some pregnant or lactating women who limit animal protein can become B12 deficient.

What are the health effects of B12 deficiency

The most common effect of a B12 deficiency is in the bone marrow. The inability to make enough hemoglobin results in large red blood cells that contain small amounts of the oxygen-carrying protein. Hence, the megaloblastic anemia and complaints of weakness and fatigue.

Effects on the nervous system can start with numbness or tingling in the hands, legs, or feet. When deficiency becomes more severe, difficulty in walking develops, such as staggering and loss of balance.

The hematological and neurological effects combine to produce cognitive deficiencies. Patients experience difficulty in thinking and reasoning, as well as memory loss.

An interesting association, although causation hasn’t been proven yet, is the reported link between low B12, folate (a B vitamin, like B12, that is a part of the one-carbon metabolic pathway), and major depression in a large population study in Norway. Furthermore, a genetic variant that impairs the normal function of the one-carbon pathway has been shown to be overrepresented among depressive patients, which strengthens the association, but still, does not prove causation.

Who should take supplements of vitamin B12?

From the discussion so far, it is obvious:

A prescription form of vitamin B12 can be administered as an injection. This is usually used to treat documented vitamin B12 deficiency that is due to inadequate absorption, such as pernicious anemia.

Why vitamin B12 is important?

In the United Kingdom and the United States, the prevalence of vitamin B12 deficiency is around 6% in people aged less than 60 years, and closer to 20% in those aged more than 60 years.

Just consider: 10-30% of adults over 50 have atrophic gastritis and consequently develop B12 deficiency. But no research that I know of has yet linked the common complaints of fatigue, weakness, lassitude, difficulties in thinking, reasoning, and memory loss with a widespread deficiency of vitamin B12 in the elderly. Is that because it doesn’t exist or are we, perhaps, overlooking a major, but easily solvable, problem? As they say, more studies are needed, but maybe some action as well?

Not to diminish the importance of the high prevalence of atrophic gastritis in the U.S., but the problem in other parts of the world is significantly worse. Across Latin America, approximately 40% of children and adults have been found to have a clinical or subclinical deficiency. The prevalence of deficiency is much higher in African and Asian countries. For example, it is 70% in Kenyan schoolchildren, 80% in Indian preschool children, and 70% in Indian adults. In vegan and vegetarian groups, the rates vary; in the United Kingdom, 11% of vegans are deficient in vitamin B12 and in Ethiopia, 62% of vegetarian pregnant women are deficient.

B12 is plentiful in foods from animal sources and vitamin B12 fortified foods are available in more developed areas of the world as are B12 supplements. But B12 deficiency remains a serious problem in the elderly and even more so in poor countries around the world. The remedy is surprisingly cheap and low tech. This is a problem that we should be able to solve.

**Love our content? Want more information on Diet and Nutrition, Vitamins, and Dietary Supplements?  SIGN UP FOR OUR WEEKLY NEWSLETTER HERE**

This post was first published in November 2017. It has been reviewed and updated for republication on 2/23/2020.