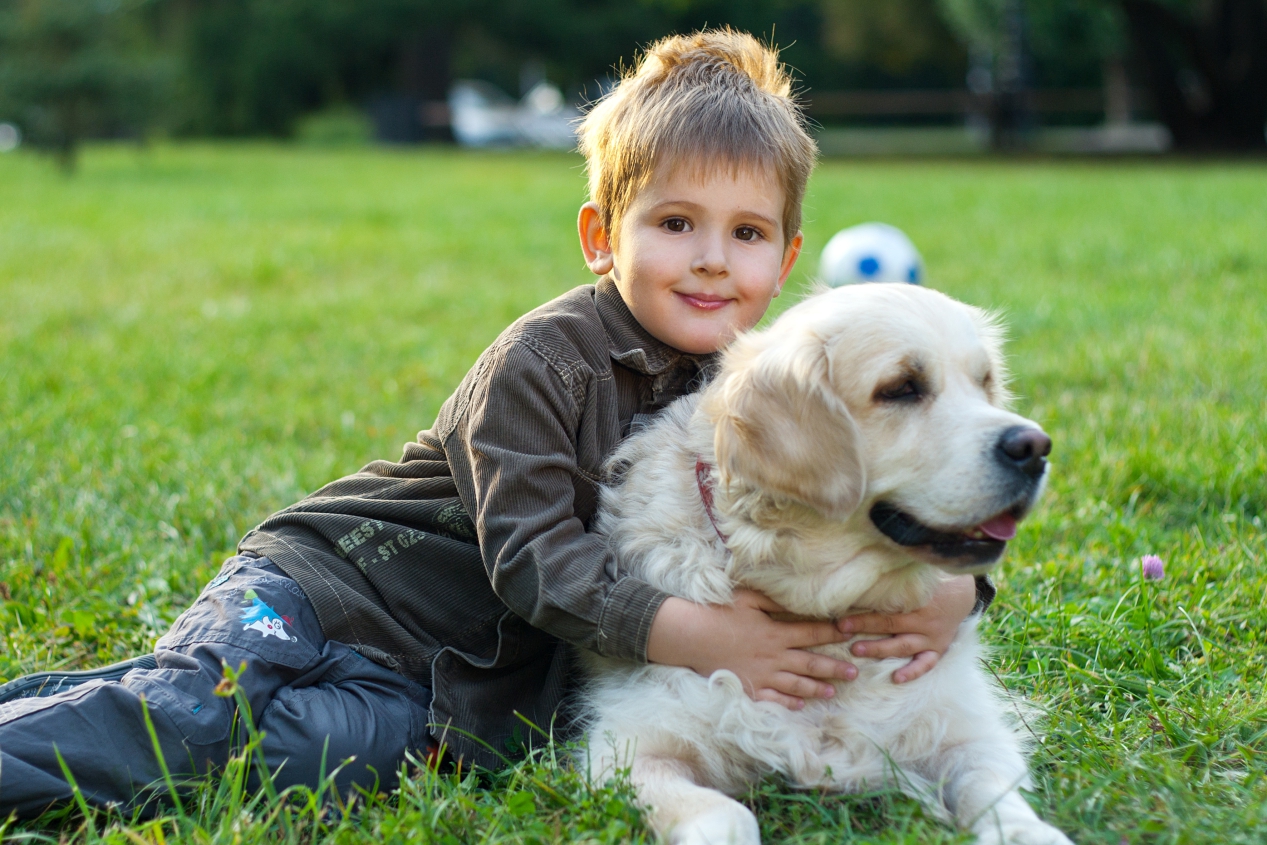 An autism service dog is a service dog trained to assist an autistic person to help them gain independence and the ability to perform activities of daily living similar to anyone else. For the most part, these dogs are trained to perform tasks similar to those of service dogs for other sensory processing disorders. Many autism service dogs are trained in guide work/obstacle avoidance (similar to a guide dog) to help the handler with visual stimuli, find specific locations to help with navigation, signal to sounds, and provide targeted deep pressure therapy.

Autism is a complex neurobehavioral condition that includes impairments in social interaction and developmental language and communication skills combined with rigid, repetitive behaviors. Because of the range of symptoms, this condition is now called autism spectrum disorder (ASD). It covers a large spectrum of symptoms, skills, and levels of impairment. ASD ranges in severity from a handicap that somewhat limits an otherwise normal life, to a devastating disability that may require institutional care. These disorders include autistic disorder (autism), Asperger disorder, and pervasive developmental disorder not otherwise specified. Children who have the latter two disorders have fewer and milder symptoms compared with autism.

An autism spectrum disorder affects about 1 in every 110 children in the United States, according to the Centers for Disease Control and Prevention. Studies in Europe, North America, and Asia have noted an approximate prevalence of 0.6 to more than 1%. Children with autism have trouble communicating. They have trouble understanding what other people think and feel. This makes it very hard for them to express themselves either with words or through gestures, facial expressions, and touch.

Dogs are man’s best friend and have also been known to be successful in helping children cope with autism. A study conducted by the Journal of Pediatric Nursing surveyed parents of children who had autism, about the children’s interactions with dogs. Nearly two-thirds of the families owned a dog. Of these, 94% said their child bonded strongly with the pet. Even in the families without dogs, 7 in 10 parents said their child enjoyed interacting with dogs. The study shows children with autism, who also had a family pet from a young age, tended to have greater social skills.

A research team in Canada measured stress hormones in children with autism and interviewed their parents about their child’s behavior before, during, and after introducing a service dog into their home. Overall, the parents in the 42 families who participated in the study reported 33 problem behaviors (e.g., tantrums, anxiety, intolerance of noise) before the dog came into the home and only 25 while the dog was in the home.

Benefits to family and child

Placing an autism service dog can be a long process. “Proper training of an autism service dog, and having the family and child bond with the service dog can take up to a year and a half to two years,” according to Golden Opportunities for Independence Head Trainer Howie Gallagher. Golden Opportunities for Independence is a non-profit that has been training service dogs since 2013. Mr. Gallagher recalled a case where a 7-year autistic child began to bond and cuddle with his new service dog. “I remember his mother crying her eyes out, her child before that wouldn’t even let her cuddle with him.”

Renee Tarnutzer, who got her son an autism service dog two and a half years ago explains the benefits she has seen. “One of the things that I never expected was for the dog to also help us with teaching empathy, or understanding the ability to read social signals. For instance, we have used the dog’s body language for him to understand when the dog is happy or sad. In social situations, people do ask about the dog and it gives us an opportunity to push our son to engage in brief conversations—something he never did before.”

As it relates to the overall happiness of the family, Renee couldn’t have imagined having an autism service dog making such a positive impact. “Because we had difficulties going out in public with our son, it was always tag-teaming which parent would go and which would stay. Now, it’s not uncommon to go out and about with the whole family. The dog has also helped calm our son when and if he has a meltdown in public. Even things like family gatherings are easier.”

This year, the service dog accompanies her son to school for four half days and a full day of school. “Everyone knows who he is because they know he’s the kid with the dog. He feels so much more comfortable, even at school, with the dog.”

Parents should consider their children’s sensitivities carefully when choosing a pet to ensure a good match. Bringing a dog into any family is a big step. For families of children with autism, getting a dog should be a decision that’s taken very seriously. For example, a child who is easily agitated or has sensitivities to noise may have great difficulty with an extremely active dog or one that tends to bark.

Trained service dogs can be the link between a child with autism and the world around them. Instead of stares and mutters, a service dog can alert the public that this child is a little different. By showing that interactions with other people are a positive thing, a service dog can help with the gross delays many of these children have in public or crowds. With its unconditional love and inherent patience, an autism service dog can lend far more support than any particular person or parent can offer by themselves.

This was first published on Companion Animals on 01/27/17. It has been republished here with the author’s permission.

Mike Callahan is Content Manager for companionanimals.org. A blogger by day and pet enthusiast, husband, and father all the time. Mike has growing writing history on service, therapy, and emotional support animals, which started after personal experiences.