What Makes Them Tic? The Facts about Tourette Syndrome

Tics are cornerstone of the diagnosis of Tourette Syndrome. They are sudden, brief, intermittent, repetitive movements (motor tics) or noises (vocal tics). 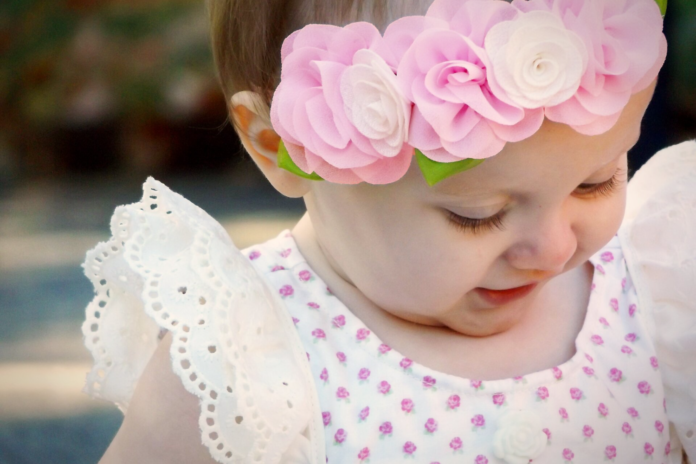 The Centers for Disease Control estimates that 0.3% of children age 6 – 17 years in the United States have received a diagnosis of Tourette syndrome (about 148,000 children)[1], but some reviews put this number as high as 0.9%[2].  At least half of children with this condition remain undiagnosed[3], a somber fact given the potential for significant adverse psychosocial impacts from this neurodevelopmental condition. TS is poorly understood amongst both the lay and physician community, leading to both misconceptions and stigmatization of individuals suffering from this treatable disorder.

Tics form the cornerstone of the diagnosis of TS[4]. They are involuntary or semi-voluntary, sudden, brief, intermittent, repetitive movements (motor tics) or noises (vocal tics).

These movements and noises often occur out of their normal context or in inappropriate situations, which makes them difficult to manage, because they can call attention to the individual experiencing them. This is especially true when the tics occur in an exaggerated, forceful or repetitive manner. Tics often come and go over time, without specific provocation, though they may be more intense or frequent during periods of stress, relaxation, concentration, or anxiety.

A defining feature of tics is that they are commonly preceded by a premonitory sensation or “urge”. Examples include a burning or itching of the eyes before an eye-blinking tic or tickling in the throat before a coughing tic. These sensations are temporarily relieved after the tic occurs, though some individuals may have to perform the tic a certain way until it feels “just right”.

Another well-recognized feature of tics is that they can be transiently suppressed by the person experiencing them, such that they may not manifest in all environments. Frequently, tics are also suggestible, meaning that mere discussion of the tics can provoke them. It is these latter two features – the suppressibility and the suggestibility – that often lend the assumption to observers that tics are a voluntary phenomenon, and that the person having them is doing them “on purpose”. This is, in truth, far from the lived reality of individuals with TS.

TS is diagnosed when an individual is experiencing two or more motor tics and at least one vocal tic, although not necessarily concurrently[5].  These tics have to be present for at least one year and must have started before the age of 18 years.  Lastly, the tics should not be attributable to medications, drugs, or other medical conditions.

Many in the lay community believe, often reinforced by media portrayals, that TS is characterized by shouting obscenities (coprolalia) or making crude gestures (copropraxia) – yet these are not part of the diagnostic criteria and in fact, occur in a minority of patients.

–TS is associated with psychiatric and behavioral co-morbidities

The diagnostic criteria for TS also fail to draw attention to the fact that TS is highly associated with a variety of psychiatric and behavioral co-morbidities, which often also significantly contribute to symptom severity and psychosocial and/or educational difficulties[6]. In fact, over 50% of individuals with TS will also suffer from obsessive-compulsive disorder (OCD) and/or attention-deficit hyperactivity disorder (ADHD).

A variety of other conditions, such as mood and anxiety disorder, disruptive behaviors, eating disorders, substance use disorders, and suicidal ideation may also be present.  It is therefore extremely important that healthcare professionals interacting with patients who are exhibiting tics investigate the presence of these co-morbidities in order to better inform treatment.

–The need to determine the major source of disability

A second important step in the approach to patients with TS is to determine the major source of disability, because individuals may show various combinations of symptoms and symptom severity. For example, some may experience severe tics and little to no ADHD or OCD. Others may manifest tics and OCD without ADHD. And yet others may have severe ADHD with few tics or OCD.

The comorbidities, rather than the tics, may be the major driver of the psychological and psychosocial limitations experienced by individuals with TS[7]. A comprehensive assessment is therefore the best way to identify an appropriate treatment plan.

Individuals with TS are often stigmatized, with many reporting being subject to stereotypes, bullying, and discrimination as a consequence of their symptoms[8]. In addition, a frequent impression is that health care professionals have limited knowledge about the condition or how to treat it[9]which may stem from the common perception that “he/she will grow out of it”. It may lead some to avoid or delay seeking a diagnosis.

Although it is recognized that the majority of individuals with TS will experience tic improvement by late adolescence, the co-morbidities often remain and may require ongoing treatment. In fact, 18% of children with TS become tic-free in adult life, 60% improve with minimal or mild tics remaining, while 22% continue to experience moderate or severe tics[10].

Even in the case of eventual tic improvement, the worst ever time period for tics is from 10-12 years of age[11] and it is estimated that about one-fifth of children with TS will experience symptoms to a degree that functioning in school was impossible or in severe jeopardy[12].  Despite this, access to care from specialists familiar with TS can be a limiting feature to receipt of appropriate care. Many patients and families have significant concerns about the medications needed to treat symptoms.

FDA-approved treatments for tics in TS can be poorly tolerated

The only medications approved in the United States by the Food and Drug Administration to treat tics associated with TS are haloperidol, pimozide, and aripiprazole. All three are neuroleptic medications whose effects on reducing tics relate to their dopamine receptor blocking qualities. They can, however, be poorly tolerated due to potential side effects such as somnolence, weight gain, cardiac effects, metabolic effects, and extrapyramidal symptoms (e.g., tremors and restlessness), amongst others[13].

These medications are often not listed as the first line of treatment in published guidelines for the treatment of TS, including the American Academy of Neurology Practice Guideline for treatment of tics, which recommends their use only when benefits outweigh risks and after physicians have appropriately counseled patients about the potential side effects[14]. Use of the lowest effective dose and ongoing monitoring for adverse effects are also recommended.

There are other treatment options for tics in Tourette Syndrome

Several alternate classes of medications have been investigated for the treatment of tics and are recommended in various guidelines. Alpha-2 agonists such as clonidine and guanfacine are useful medications when tics are mild but require treatment, and especially in individuals with co-morbid ADHD[15].  Their effects are thought to be mediated by reduced noradrenergic transmission, and potential side effects can include hypotension, bradycardia, and sedation.

Topiramate is an anti-epileptic medication that has been demonstrated to reduce tics in a randomized control trial[16] and has a different side effect profile, including the potential for paresthesias, cognitive slowing and kidney stones. Its tic reducing effects are attributed to the enhancement of gamma-aminobutyric acid (GABA) transmission. Other GABA agonists such as clonazepam and baclofen have been reported to reduce tics (although only in small studies) and may be used as adjunctive treatments.

Botulinum toxin injections may also be used to manage focal motor tics (such as blepharospastic or cervical dystonic tics) or vocal tics[17] [18], though they are not an efficient sole management strategy when multiple problematic tics are present. Finally, non-pharmacologic treatments such as habit reversal training (HRT) and cognitive behavioral intervention for tics (CBIT) are also effective in select patients[19] [20]. HRT includes awareness training, competing response training, and relaxation therapy/anxiety management, while CBIT combines elements of HRT with psychoeducation and function-based behavioral interventions.

New drugs with new mechanisms are under investigation

Recent years have seen an increase in the number of medications under investigation for tic management[21]. Vesicular monoamine transporter type 2 inhibitors offer an alternate method to reduce dopamine transmission with a more favorable side effect profile but recently completed clinical trials with deutetrabenazine and valbenazine failed to meet their primary endpoints, for reasons that are not yet well established. The selective D1 antagonist ecopipam (Emalex) has completed enrollment for a phase 2 study with results pending.

Considerable interest in the use of cannabinoids for the treatment of TS has developed based on multiple anecdotal reports of tic improvement following cannabis use and the recent legislation broadening access to medical marijuana. Small randomized trials of tetrahydrocannabinol (THC) have shown some positive effects but concerns about the use of these agents in children and long-term exposure to THC remain[22]

Clinical trials of THX-TS01 (Therapix Bioscienes) and Lu AG06466 (formerly ABX-1431, Lundbeck) have also been conducted. The former combines dronabinol (synthetic THC) with palmitoylethanolamide (a cannabinoid mimetic lipid molecule, which naturally occurs in plant/animal sources) while the latter is an enzyme that regulates the activity of the endocannabinoid system. Finally, D-cycloserine is a modulator of glutamatergic neurotransmission that is postulated to improve tics and is being investigated as a method to augment the effects of CBIT.

Multiple medications may be required to address various symptoms

While the variety of treatment options available and under investigation for the treatment of TS is encouraging, it is important to remember that these are focused primarily on tics. The need for assessment and management of co-morbidities remains.

When ADHD requires treatment, stimulant (amphetamine and methylphenidate-based) and non-stimulant treatments (alpha-2 agonists and atomoxetine) can be considered alongside tic medications[23]. Similarly for OCD, typical treatment strategies such as selective serotonin reuptake inhibitors (including sertraline, fluoxetine, paroxetine and fluvoxamine) and behavioral therapies should also be considered and offered when appropriate[24].

There is a need for a greater understanding of Tourette Syndrome

TS can manifest with a combination of neurologic and psychiatric symptoms that have a complex interplay on the psychosocial functioning of individuals with this condition. It is essential for healthcare providers to recognize the principal manifestations in order to identify treatment options that can ultimately improve patients’ quality of life. Awareness and education can dispel misconceptions about this multifaceted condition, but when patients are offered an effective treatment strategy, there is also hope for minimizing disability and stigmatization.

Dr. Jimenez-Shahed completed her undergraduate degree at Washington University in St. Louis. She received her medical degree from Baylor College of Medicine (BCM) and Neurology residency training at Duke University Medical Center. She then completed a fellowship in Movement Disorders at the Parkinson’s Disease Center and Movement Disorders Clinical (PDCMDC) at BCM.

In addition, Dr. Jimenez-Shahed has chaired the Medical Advisory Board for the Houston Area Parkinson Society. She has served as Principal Investigator for industry-sponsored and investigator-initiated clinical trials and has authored several papers and book chapters.