The Privilege of Being a Third-Year Medical Student 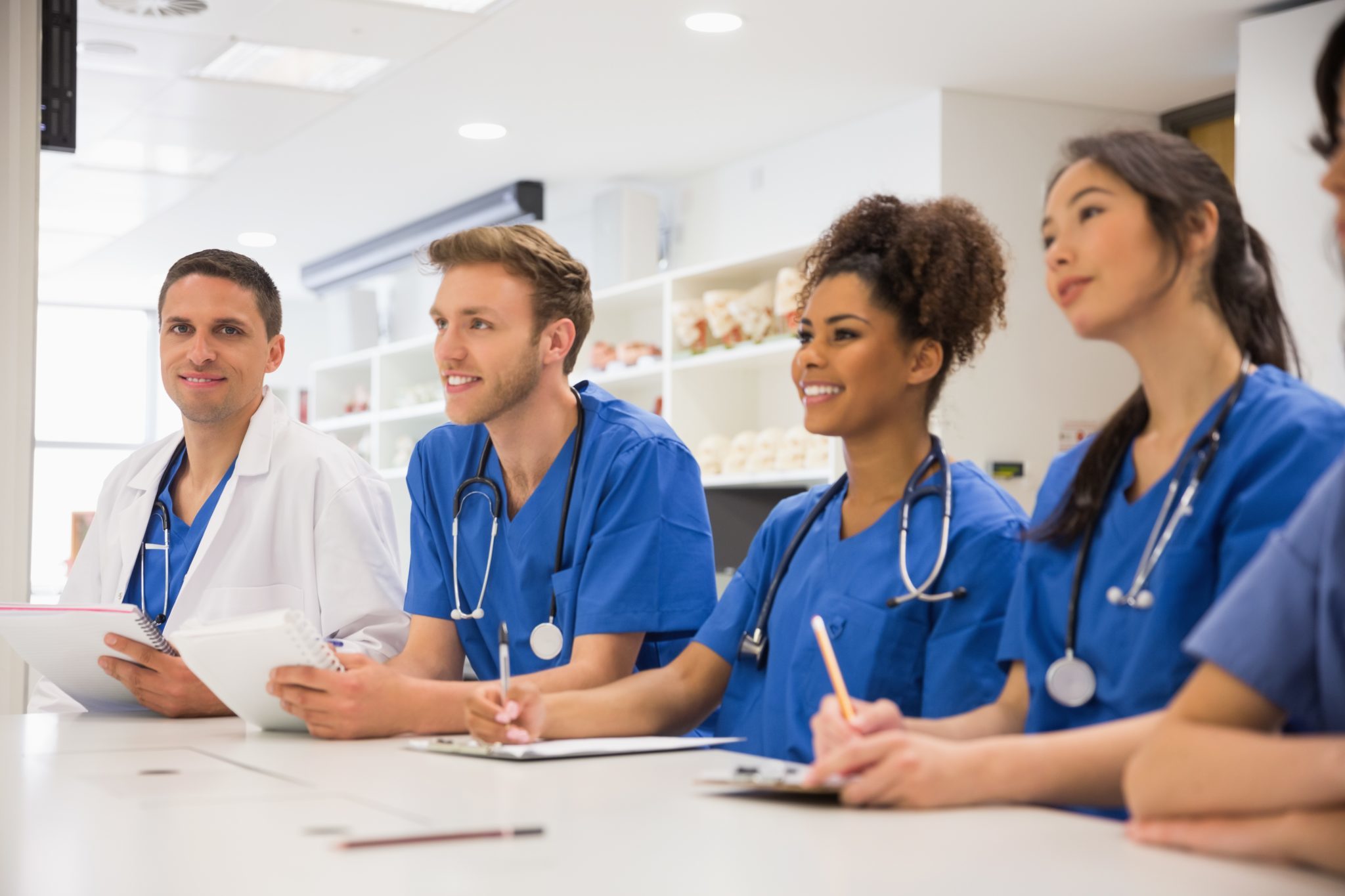 Our deans told us at the beginning of the third year of medical school that we would be talking with patients more than anyone else on the medical team. We would serve as advocates for our patients’ wants and needs. They said that although our medical knowledge is still limited in comparison to the doctors above us, the patients commonly remember the students more than anyone else. That is the privilege of being a third-year medical student.

It comes down to time. The residents and attending physicians have many patients to see each day. And, they only have time to briefly visit the bedside to elicit key information that affects patient care.

We are the lucky ones, we were told, we third-year medical students. While our resident is busy managing more than a dozen patients—most of whom have multi-systemic, complex problems—we are beginners, entrusted to manage a handful of patients at a time.

As beginners, it takes us more time to think through algorithms of management and treatment options. A handful of patients is plenty. Having only this handful allows us to really get to know our patients as people. It allows us to have the time to sit at their bedsides and hear their stories, beyond the details that affect their care.

The first call day as a third-year medical student

Today was our “call day”. I am rotating through internal medicine. Every fourth day, our team is on call. Our team consists of one attending physician (the boss), two resident physicians (doctors in training after medical school), and two medical students.

On call day, our team accepts new patients who present to the emergency department and need to be admitted to our service. Being on call is always chaotic and always interesting. We rush around interviewing patients and figuring out what is wrong with them and how we can help.

This morning, I was assigned to a middle-aged man named Jack. He had presented during the night with worsening back and hip pain.

I rushed to the fifth floor and opened his chart. My job was to read what other doctors had written in their notes. Then, I would talk to the patient and perform a history and physical exam. Afterward, I would present my findings to one of the residents.

Jack had been diagnosed with liver cancer one year ago. It had rapidly spread to his pelvis and spine. An MRI (magnetic resonance imaging) was performed in the emergency department last night to look for cancer in his spine and pelvis.

An MRI is an imaging test used to visualize structures inside the body. MRI provides high-detail images of soft-tissue structures in the body. This makes it a good imaging choice for specific structures and diseases, such as the brain, muscles, and certain types of cancer. Because the purpose of Jack’s imaging was to look for the spread of cancer, an MRI was the appropriate choice.

The MRI revealed a new mass in Jack’s spinal cord. The neurosurgeons wanted to operate to remove the mass and prevent compression of the spinal cord, which could cause paralysis.

I opened the MRI document on the hospital computer and scrolled through the images until I noticed an unusual round mass in the lower portion of the spinal cord. The medical student part of me noted the size and location of the mass and thought about what structures might be affected by his spreading cancer. The human part of me felt hopelessness and compassion for this poor man, who I now knew had a very poor prognosis.

The surgery, the neurosurgeon’s note explained, would not cure his cancer. It was only a way to prevent the spinal cord compression. This would relieve his pain and possibly prevent paralysis in his legs. It was a way for him to have a better quality of life before his inevitable death secondary to this terrible disease.

The privilege of being a third-year medical student

It turns out that I had no other patients to see that morning. Further, I had almost three hours before I had to meet with my team for rounds. And then I remembered the message from my deans. Medical students are the lucky ones on the team. The ones who gets to spend more time with their patients.

I spent the next three hours sitting and talking with Jack. As a medical student, I gathered his past medical history and the details of his current illness. As a human being, I formed a bond with a dying man, getting to know him and listening to his story as he wanted to tell it.

Related content:
Musings on Medicine at a Chinese Buffet
https://thedoctorweighsin.com/death-informed-physicians-life/

Jack regaled me with stories about his childhood. He had been educated in a monastery as a teenager. Later, he became a Buddhist monk.

He has also traveled to different countries as a medical assistant, birthing babies, and giving medicine to those in need. He eventually moved to the U.S. to receive higher education.

Jack also told me about his wife and three children. And, I learned that he likes to drink beer socially with his friends.

He talked about his diagnosis of hepatitis. It most likely occurred because of a needle stick during his tenure as a medical assistant.

He told me that his MRI just one year ago was performed as a screening test because of his hepatitis status. At that time, he had no symptoms of any kind. The doctor told him he had a tumor in his liver that needed surgery.

He described the pain he has after surgery. And, how he was told that his cancer had spread to his pelvis. And now he was here, a man of great accomplishments, with worsening pain and worsening prognosis.

A man who had raised three children and supported his family was now reduced to a sick patient in a hospital gown, eating hospital food, totally dependent on his doctors and nurses. A man, who had defined himself in so many ways, was now being defined as a 53-year-old man with liver cancer metastasized to his pelvis and spine.

The other details of his life faded to gray in the minds of busy doctors with too many patients. But this didn’t happen to me. I am the lucky one.

My body did not belong to me

With question after question and time to spare, I was able to learn about Jack’s upbringing and his fight with cancer during the past year. I also learned about the lessons that had helped him grow throughout his life.

Other content of interest: Does the US Have a Physician Shortage or a Physician Training Shortage?

He also talked about how these lessons applied to his current situation. Buddhism, he explained, teaches that a person has no true belongings. For if something belonged to a person, it would do as he said. But nothing behaves that way, not even one’s own body.

“Hair,” he continued, “if it was up to us, hair would always stay black, but instead, it turns to gray, or maybe falls out completely. It is the same with the rest of my body and my liver.”

The importance of having time to stop and listen

I tucked away my pen and paper and continued to listen to his story and absorb his wisdom.

He went on, sharing his thoughts and feelings, his worries and concerns, and his outlook on his terminal illness. A dying monk from a different world took the time to teach and reflect with a young third-year medical student. It was extremely powerful.

I am fortunate to have the time to stop and listen. It was a privilege to bring Jack’s background information back from the gray into the light and to invite Jack to tell his story.

And I can only hope that by doing my part, I am helping him in some way through his difficult struggle. And for that, I am thankful and eager to fulfill this important role as we take care of patients on our medical team.

As I progress through my medical career, I want to continue to make time to listen, not only as a physician gathering information from patients but as a human being listening and learning as I hear other people’s stories.

Related content by the author: Overnight Admission (may require a subscription)