The Fascinating Case of the Hairy Penis 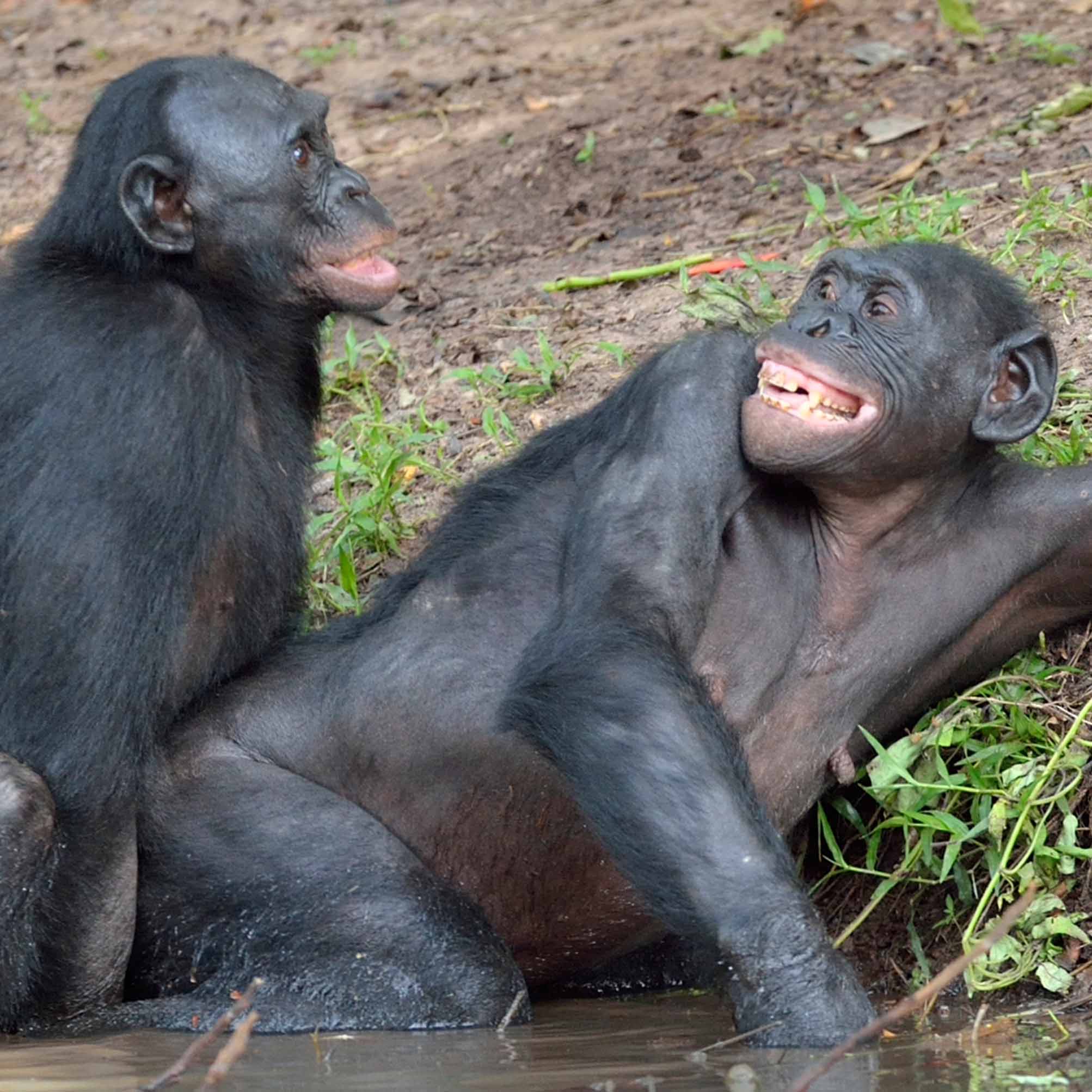 Whatever happened to the hairy penis?

I am sure this burning question has been on your minds for a while. It’s been on mine too. Since it is blogging day in Larkspur, I finally decided to research the answer about what happened to the hairy penis. And, I am pretty sure you are going to like this one.

Now, rest assured, I will get to the answer eventually. If you are one of my regular readers, you know that I like to start by meandering through some evolutionary biology first.

So, what happened on the way to Homo sapiens?

Here is an example of linear thinking:

Q: Can you propose an experiment that will answer, “What makes us human?”
A: Study the human genome and find genes that are unique to us, and are missing in chimpanzees—the species closest to us and from which we diverged about 5-7 million years ago.

Here is a lateral way of thinking about the problem: Compare the human and chimp DNA and find the areas that chimps have and we don’t. In other words, maybe it’s what we don’t have that makes us human.

A number of years ago, a story in the scientific journal Nature reported on exactly this kind of ingenious thinking.

Two Stanford molecular geneticists, Gill Bejerano and David Kingsley, set out to search for areas of DNA that were present in chimpanzees but missing in humans. The missing areas are called deletion mutations.

They found 510 such areas but to their surprise, most of them were not genes coding for specific traits. Instead, they were what is called non-coding DNA. These are the areas between our genes. They make up 98% of the total DNA whereas genes for traits make up only 2% of our DNA.

The importance of “junk DNA.”

The endless stretches of non-coding DNA were dubbed “junk DNA”. But, like all disparaging labels for things we don’t understand, it turned out to be wrong.

We now know that non-coding DNA is actually very important. It controls the expression of the genes located nearby. And, it is critical to the command-and-control part of an animal’s genome.

Of the 510 areas of deletions, Bejerano and Kingsley chose two that looked interesting to study in depth. One is near GADD45G, which is a gene involved in tumor suppression. The other is next to the AR gene, which codes for the androgen (or testosterone) receptor.

They inserted these sequences into mouse embryos to see what kind of functions they control. The first sequence acted as a brake on the development of certain brain areas. The other sequence (adjacent to the testosterone receptor) caused the mice to develop the hard spines that chimps have on their penises. [See, I told you I would get there eventually]

As you might expect, this research attracted more than casual interest. Commentary has flooded the scientific literature. It was also quite popular in the popular press. There is something about the idea of hairy penises that captures the imagination.

What is the evolutionary value of the hairy penis?

Many male mammals have stiff sensory hairs on their penis. However, we don’t know for certain what value did they bring to the animals that evolved them.

Some evolutionary biologists theorize that they function as a broom, sweeping out the sperm of other males who had paid a visit to the missus. This would have an evolutionary advantage as it would increase the odds of the last guy’s own DNA got the prize. The prize being offspring to whom he passed his genetic legacy.

You might also enjoy: The Ancient Human Language of Music

The theory sounds good (at least for the males). But I can’t help but wonder how the females feel about it.

Let’s not forget the second deletion

I think the second deletion in the Berejano and Kingsley study is potentially the more interesting finding.

By removing the sequence that is inhibitory to the development of certain brain regions, the human brain was then free to develop the neocortex. This is the outer layer of neurons that are the anatomic basis of some of the traits that distinguish us from “lower” animals.  These traits include cognition as well as meta-cognition (thinking about thinking).

Now chimps do have a neocortex but it is greatly attenuated compared to ours. Apparently, deletion of DNA next to the GADD45G released the neocortex from its developmental shackles and an evolutionary star was born.

Well, not quite. The emergence of Homo sapiens is actually a lot more complex, but it’s a good start or at least, a good story.

Final thoughts on the hairy penis

Whatever the true function and evolutionary advantage of the hairy penis, I for one am glad that it was deleted. I couldn’t imagine living with one (and neither can my wife).

However, the beauty of being a human being is that we can use our over-developed brains to create things that can compensate for losses.

Here is one. It is called the French Tickler.

There are no evolutionary theories about the utility of these devices. As far as I know, there are no double-blind studies testing their efficacy. But I can tell you that some of the testimonials that I read about them, albeit anecdotal, were ecstatic. And perhaps, that is good enough.

This post was first published on June 25, 2015. It has been revised and updated for re-publication by the author.