The Brilliant Creations of Physician Inventors 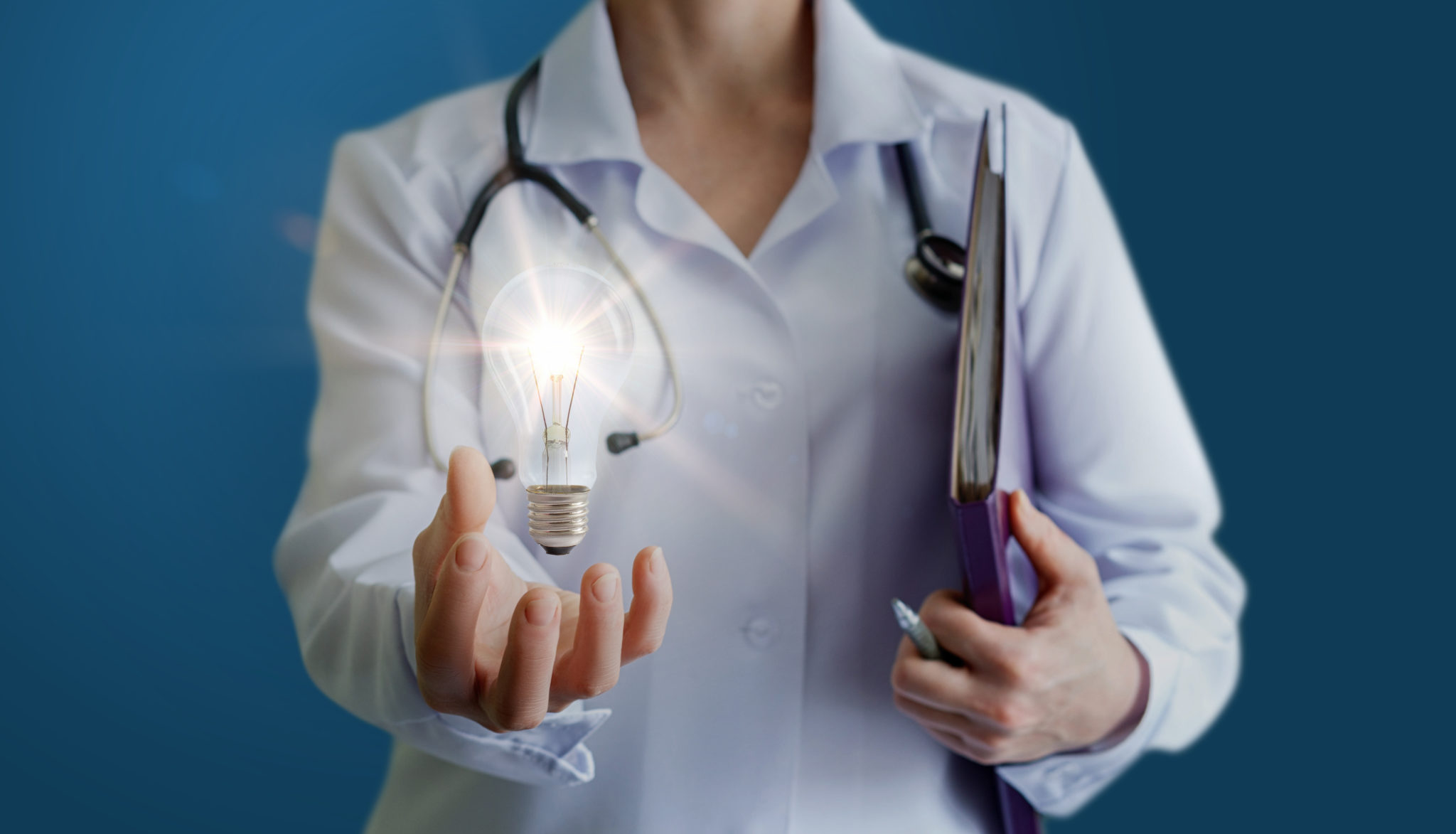 My favorite clients are doctors, and not just because they pay their bills.

Think about the qualities that make a great inventor. At the top of my list are creativity, intelligence, and tenacity. With physicians, you begin to see a group of individuals that have self-selected for at least two of the three traits. I am not sure that creativity is more prevalent amongst physicians, but rarely do you see one without intelligence and tenacity. Getting into medical school requires intelligence; finishing residency takes tenacity.

Equipped with these two qualities, and being placed under often-stressful conditions likely to generate innovations, it’s no wonder that so many become inventors or “doctorprenuers”.

Related Content:  Be a Physician Entrepreneur and Succeed the Right Way

A history of innovation

French physician René-Théophile-Hyacinthe Laennec is credited with inventing the first stethoscope in 1816. It was made of paper. Years later, Dr. Laennec described his revelation:

“In 1816, I was consulted by a young woman laboring under general symptoms of diseased heart, and in whose case percussion and the application of the hand were of little avail on account of the great degree of fatness…I happened to recollect a simple and well-known fact in acoustics, …the great distinctness with which we hear the scratch of a pin at one end of a piece of wood on applying our ear to the other. Immediately, on this suggestion, I rolled a quire of paper into a kind of cylinder and applied one end of it to the region of the heart and the other to my ear, and was not a little surprised and pleased to find that I could thereby perceive the action of the heart in a manner much more clear and distinct than I had ever been able to do by the immediate application of my ear.”1

This ability to recollect a seemingly unrelated fact or experience—Dr. Laennec later said that he had seen children playing with sticks and pins a few days before his invention2 — and apply it to solve a problem is one of the engines that drive innovation.

Sometimes innovation is a little more complex than rolling up a piece of paper. In 1901, Dutch physician Willem Einthoven was the first to create a string galvanometer, a device having a thin filament of conductive wire passing between strong magnets, the strings being movable when a current is applied. The device required five people to operate it and occupied two rooms3, but became the precursor to the modern electrocardiogram. The P, Q, R, S, and T variables used to represent the waves of a normal heartbeat were coined by Dr. Einthoven.

This tradition of physician inventors continues to this day. More recently, Dr. Julio Palmaz was credited with inventing the first balloon-expandable coronary stents to solve the problem of restenosis of arteries. He continued to co-develop the stent with another physician, Dr. Richard Schatz. It is remarkable that this technology, which was licensed to Johnson & Johnson for $10 million plus royalties, was once funded by the restauranteur of Fuddruckers and The Macaroni Grill. Phil Romano would later claim that his $250,000 investment in the two physicians generated $600 million for the three of them.4 He recalled, “Richard drew it out on a napkin. It looked like a Chinese finger puzzle.“5 So often, “napkinventions” made at a restaurant or a bar are precursors to billion-dollar industries.

Years later, another physician, Dr. Bruce Saffran would build on this technology and become embroiled in prolonged litigations with Johnson & Johnson, Boston Scientific, and Abbott over his patents for drug-eluting stents. At one point, a district court had awarded Dr. Saffran $600 million dollars from Johnson & Johnson’s then-subsidiary Cordis.6 That decision was later overturned by the Federal Circuit, but the case still demonstrates how profoundly a single physician can influence an industry.

While the stent wars may have quieted a bit, the transcatheter heart valve replacement (TAVR) industry appears to be reaching a crescendo. TAVR is a procedure whereby a diseased aortic valve is replaced with functioning heart valve through a catheterization process, avoiding the need for open-heart surgery. 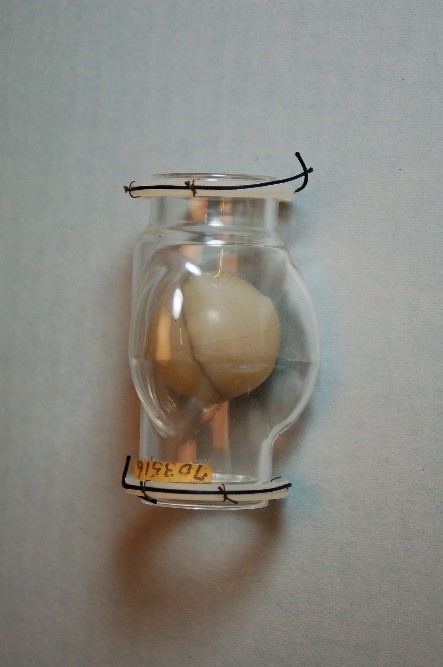 Some years later, Danish inventor Henning Rud Andersen, while watching a presentation on coronary stents, decided to create a transcatheter heart valve. At first, Dr. Andersen started with some wire, bent it to form a frame, and went to a local butcher to shop for pig hearts to harvest the aortic valves. His work, along with the independent work of Dr. Alain Cribier, represented the birth of the TAVR movement as we know it. That market is predicted to be worth $5.9 billion within the next five years.8 It is the work of those two men that directly led to the recent $1 billion settlement between Edwards Lifesciences and Medtronic over competing TAVR devices.9

There are countless other doctor inventors like them in almost every medical field. It was reported last year that Dr. Roger Jackson, an orthopedic spine surgeon, hauled in approximately $38 million in royalties for medical devices.10 Another physician, Dr. Richard M. Chesbrough, a diagnostic radiologist, has licensed numerous devices, such as the UltraClip®, UltraWire®, and Chesbrough Anchor Wire® devices. Statistics on the filings of patent applications by physicians are difficult to collect. However, anecdotal evidence shows that at the core of any medical technology, key patents often belong to physicians.

To be clear, there has always been and still continues to be a debate on if and how physicians should be compensated for innovation, and whether there is a potential conflict between the Principles of Medical Ethics and the U.S. Constitution’s aim of promoting the progress of science using monopolistic means.

The rising cost of healthcare and its relationship to medical technology is a topic that warrants serious consideration.11 One interesting comment suggested using the music industry’s reimbursement of artists via the American Society of Composers, Authors, and Publishers (ASCAP) as a model for a medical patent clearinghouse.12 There are plenty of suggestions, but it is crucially important to recognize that the astronomical licensing fees and royalty payments indicate that the market shows a real need for such devices and that we must continue to incentivize physician innovation in some manner.

When physicians invent, we all win

A highly successful physician, Dr. Laennec famously said that the stethoscope was the greatest legacy of his life. Certainly, there is money to be made. But the ability to develop a device or technique to save lives, that can truly define the legacy of a physician. In the case of Dr. Andersen, the invention’s impact could not be greater as his own father would eventually be saved by the same transcatheter heart valve technology he pioneered. In short, these innovations matter, and when physicians invent, we all win.

Peter D. Sleman is a partner at the intellectual property boutique of Wei & Sleman LLP. He specializes in medical devices. Peter holds his B.S. in Biomedical Engineering from Rutgers University and his J.D. from Seton Hall University School of Law. He is also a registered patent attorney with the United States Patent and Trademark Office. This article is for general information purposes and is not intended to be and should not be taken as legal advice.