OPINION: Stem Cell Therapy – How I Became a Patient Advocate 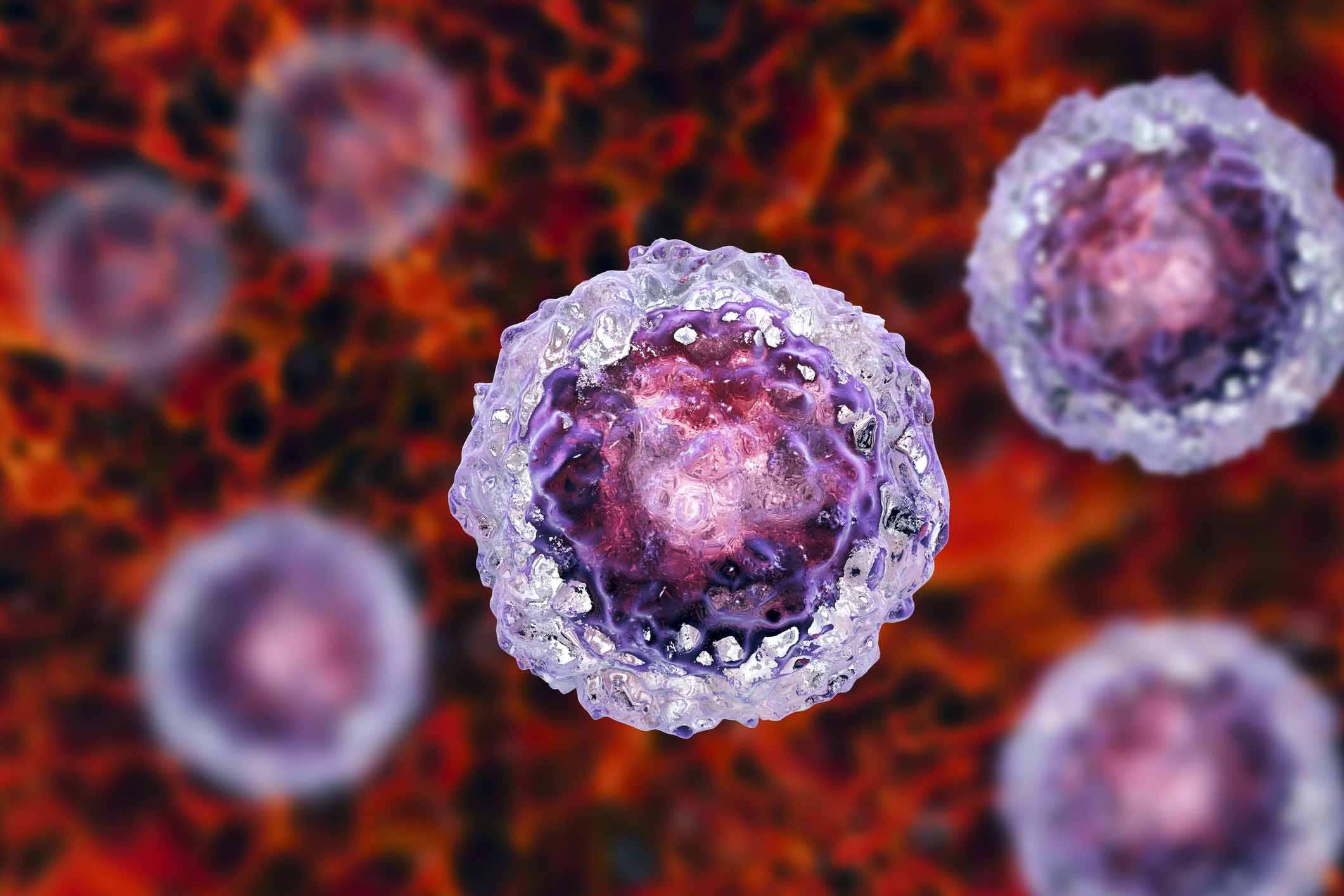 In 2010, I went to Nanjing, China for stem cell therapy (SCT). I have absolutely no regrets.

The therapy was to treat a debilitating, progressive neuro-muscular disorder I’d had since childhood. The condition had progressed to the point where my walking was unsteady and my swallowing was no longer functioning properly.

Two years prior, I had to endure the emotional and physical ordeal of having a feeding tube inserted into my stomach. At the time I was completing my Ph.D. in Political Science at the University of Pennsylvania. I detail my experience here. [Editor’s note: I highly recommend that you read Rahman’s extraordinary essay. It provides valuable background for this OP-ED.]

Determined to find a cure

Although neurologists told me there was nothing I could do but manage my condition, I was determined to find a cure. I began researching various emerging medical modalities and ran across SCT.

After studying the academic literature, I emailed some of the papers’ authors for their opinions on my case. I was told that there was no way to determine whether SCT would help me any, if at all. However, there was absolutely nothing in the literature that indicated the therapy could injure me in any way.

Thus, after serious study and earnest deliberation, I decided to try SCT. I knew the therapy would be expensive. And I knew it might not help me. I accepted those risks.

Conventional medicine had absolutely no answers for me. I decided that I owed it to myself to do whatever I could to save, or at the very least improve, my own life.

I researched several options and ultimately decided on a company that would treat me at a hospital in Nanjing, China. The representative from the company offering the therapy answered all of my questions thoroughly and professionally.

After all of the particulars were clarified, the booking was made. Soon afterward, I wired the funds to the company. I had absolutely no fear of traveling to China and no fear of the therapy itself.

Upon arrival at the Second Affiliated Hospital of Nanjing University, I completed some basic diagnostic tests. After, I was given several injections of umbilical-cord-derived stem cells. They were delivered intramuscularly (IM), intravenously (IV) and intrathecally. A team of neurologists handled my care.

My overall care was exceptional

My overall care was exceptional. Everyone, from the Chief Neurologist to the highly attentive nursing staff, translators, and custodians who attempted to teach me a few words in Mandarin contributed to my excellent care experience. Without question, the decision to go to Nanjing was one of the best I have ever made.

I got to enjoy a bit of China and its culture. I also met warm and caring hospital staff as well as fellow patients. And, the therapy helped me greatly.

The improvement “kicked in” approximately three months after I returned to the U.S. The Chief Neurologist advised me that this would be the case. The improvement was dramatic. My overall strength had significantly improved, my motor function had improved and my energy was clearly better.

Related Content: Why It’s So Important to be a Patient Advocate for Your Loved One

Did the therapy cure me?

Did the therapy cure me? No. And, its effects did diminish over time. However, I knew that with such a rare, aggressive long-standing condition, this could be the case.

If I had to do it again, I wouldn’t hesitate for an instant. I was so pleased with the overall outcome that after completing my Ph.D., I decided to advocate for all Americans to have affordable access to the therapy in the U.S.

I have written a number of online articles and a report entitled “Stem Cell Legislation in New Jersey: A Responsible Approach to the Costs of Disability and Disease.”

Both my research and my personal experience prompted me to consider SCT to be a paradigm shift in medicine and a therapy that everyone should have the chance to try.

The devolution of the stem cell debate

I had then, and still have now, exceptionally high hopes that SCT will be embraced as a new, powerful therapy. One that could help people with any number of disabling medical conditions achieve the physical freedom conventional medicine cannot offer them.

Sadly, almost ten years after I went to Nanjing, the current mainstream narrative about SCT in America is one of antagonism and conflict. It is characterized by

Hyper-critical statements from oft-cited scientist/ethicist “experts” reinforce the SCT story as being unruly, chaotic and wild.

The debate has devolved and become politicized. And, many in the scientific and journalistic communities seem to have lost sight of the needs of the patients themselves.

The arguments pro and con

Unlike the umbilical cord therapy I received, the current debate concerns primarily autologous stem cell modalities. These are treatments in which bone marrow or adipose tissue is extracted, then processed, then re-administered to the same person.

Stem cell proponents argue that SCT should be regarded differently than conventional drugs, and FDA regulations are

SCT critics argue, conversely, that the regulations are appropriate and necessary to safeguard safety and efficacy. And, they believe, that the FDA needs to do more to enforce them.

Sadly, government, media, and scientific commentary are often permeated by an undercurrent of condescension, elitism and aristocratic thinking that denies the humanity and autonomy of patients. This makes the SCT picture sterile, clinical and mechanical. The human element –  one that can only be provided by the patients – is what brings the issue into proper focus and gives it the depth of color it deserves.

Yes, patients can be desperate. And, in their desperation, they can be exploited by SCT bad actors. However, patients are not nearly as ignorant, infantile and docile as they have been portrayed. They need not be treated so paternalistically by ethicists or regulators.

The perceived flagrance of stem cell clinic operators and the perceived permissive FDA response has sparked the ire of certain recalcitrant, backward-thinking elements within the medical establishment that lodge unsubstantiated critiques of SCT writ large.

From a patient-advocate perspective, these critics seek to maintain a monopoly on knowledge about what’s best for patients. At the same time, they usurp patients’ right and duty to perform their own due diligence and make the health decisions that they believe are best for them.

There is no question. There are important concerns over stem SCT that should be raised including,

However, any robust debate must include the perspective of those most immediately affected.

Much to the dismay of SCT’s most ardent critics, the people’s voice has now gained predominance, as exemplified by the proliferation of SCT clinics. This proliferation has occurred despite the fact that the products and therapies offered by these clinics have not gone through the FDA clinical trial process.

The apparent ubiquity of physical disability and chronic illness amongst Americans from every geographic location, every socioeconomic class, every gender, every race, and every political ideology has fueled the growing interest in SCT.

The market has responded. And the government must respond as well. We all must recognize that the demand for SCT is urgent.

I believe that any broad crackdown on clinics that might occur will simply not be feasible or ethical. Working with clinics rather than against them is the optimal way forward.

Stem cell therapy is no different. However, amidst the turbulence, we must remember to put the needs of the patient first.

**LOVE OUR CONTENT? WANT MORE INFORMATION ON STEM CELL,  TECHNOLOGY AND HEALTHY LIVING?  SIGN UP FOR OUR WEEKLY NEWSLETTER HERE**

The information in this article should not be considered as professional medical advice, diagnosis or treatment. It is for informational purposes only and represents the author’s opinions alone. It does not inherently express or reflect the views, opinions and/or positions of The Doctor Weighs In.

A. Rahman Ford, J.D., Ph.D., is a freelance researcher and writer on the issues of politics, policy and health. He is a graduate of Rutgers University and the Howard University School of Law, where he served as Editor in Chief of the Howard Law Journal. He earned his PhD at the University of Pennsylvania. Rahman lives with chronic inflammation in his digestive tract and is unable to eat solid food. He has received stem cell treatment in China.