The State of U.S. Healthcare: An Iron Cage of Bureaucracy 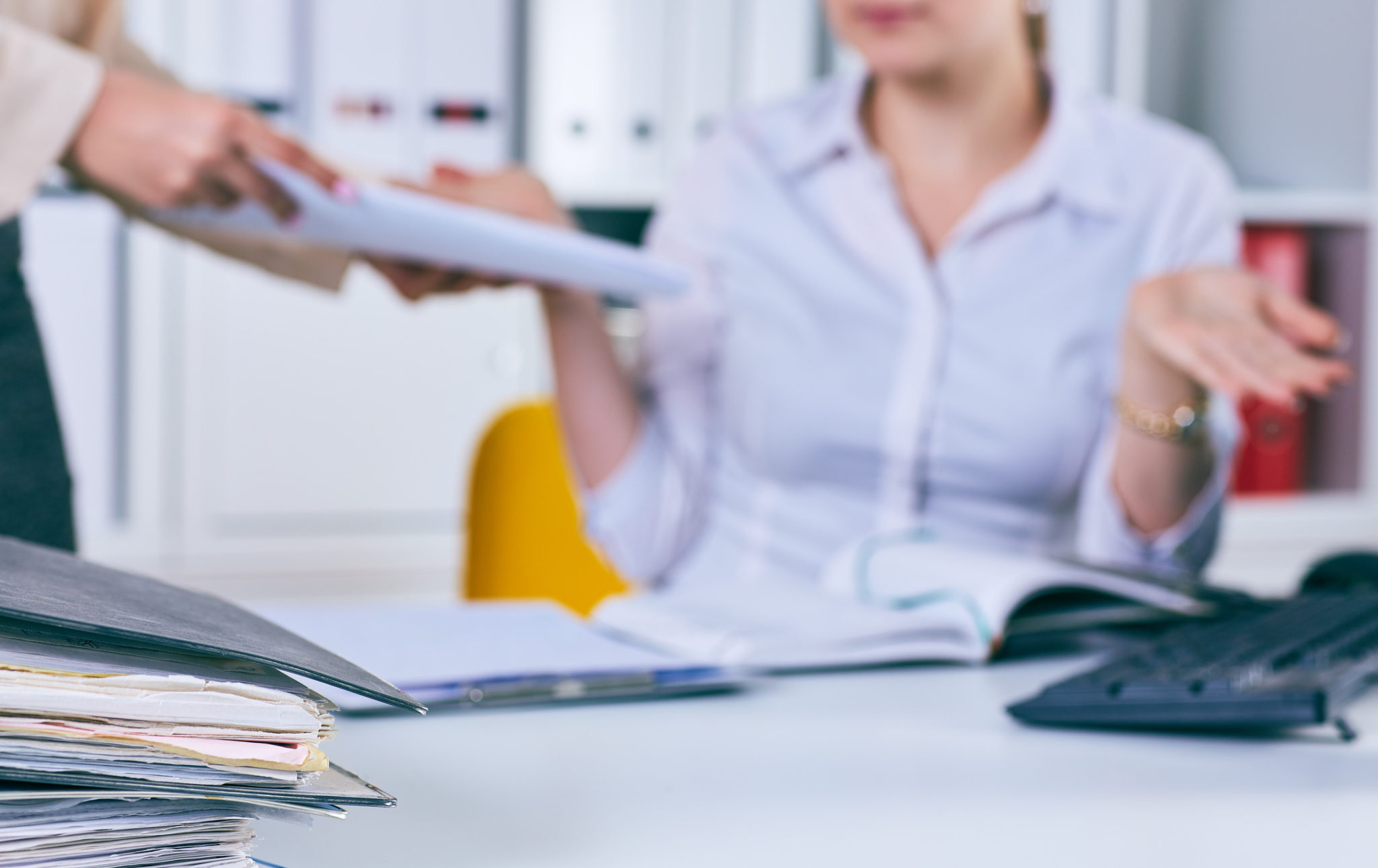 Max Weber (1864-1920), the German sociologist and political economist widely considered the father of bureaucracy, espoused a philosophy more than 100 years ago that has inarguably remained a respected foundational blueprint by organizations and societies throughout the world. A champion of hierarchical structures, he stated: “Precision, speed, unambiguity, knowledge of files, continuity, discretion, unity, strict subordination, reduction of friction and of material and personal costs—these are raised to the optimum point in the strictly bureaucratic administration.” Most experts would agree that, in theory, his suppositions were correct. When implemented with rigor, discipline, and quality at the core, his management solution would result in rational, efficient and organized activity that eliminated favoritism and improved the human condition.

Imagine, however, if Weber were able to experience a day in the life of a politician in Washington, D.C., or better yet, experience being a patient in the current U.S. healthcare system. Perhaps, he would be tempted to side with contemporary counterparts like Gary Hamel, who firmly believes that in order for organizations to flourish, bureaucracy must die. A visiting professor at London Business School and co-founder of The Management Innovation Exchange, he argues that when the goal is anything other than efficiency, bureaucracy itself is to blame for discord. “By their very nature,” he states, “bureaucracies are inertial, incremental and uninspiring. That’s a problem because today operational efficiency is just the price of entry; a necessary, but far from sufficient, condition for competitive success.”

The costly and inefficient bureaucracy of U.S. healthcare

In no other industry is this more palpable than the U.S. healthcare system, where the high cost and low quality of care are a direct result of a gangly and growing hierarchy often inclusive of a cast of case managers, nurses, specialists, administrators and insurance providers, among others, all working in silos, with arduous amounts of paperwork and increasing regulations piled up between them. This nebulous network not only inhibits collaboration, stifles communication and undermines participation and teamwork, it invariably leaves patients at the bottom of a $3.54 trillion industry that, according to Plunkett Research, is expected to soar to $5.55 trillion by 2025.

Moreover, mounting pressures from increasing mergers and acquisitions, continuously advancing technology and complex government and insurer regulations have further compromised the healthcare ecosystem. It’s no wonder physician burnout rate in the U.S. now affects nearly half of all doctors (45 percent) and costs the U.S. an estimated $5 billion per year. This hidden epidemic, examined at great length in a new report, has far-reaching consequences beyond doctors, however, with stress and depression among nurse practitioners, physician assistants, medical assistants and other health-related professionals contributing to the widespread yet avoidable medical errors that are now the third leading cause of death in the U.S.

For those still unconvinced the U.S. healthcare system is being strangled by bureaucracy, data from the Bureau of Labor Statistics (BLS), the National Center for Health Statistics and the United States Census Bureau’s Current Population Survey reveals that between 1975 and 2010, while the number of doctors in the United States grew 150 percent, the number of healthcare administrators increased 3,200 percent. In fact, The Atlantic reports that while there were 7 million more workers in manufacturing and 2.4 million more workers in retail than in healthcare in the early 2000s, America’s biggest employer is now healthcare. It seems disproportionate to the number of hospitals nationwide, which according to the American Hospital Association stands at 5,686, with expenses totaling about $859 billion.

Even as Americans are forced to resign to healthcare costs that have reached an all-time high—and adjust to the new normal—it is indisputable that patients continue to pay more while receiving less. Increasing numbers of reports, such as Mirror, Mirror 2017: International Comparison Reflects Flaws and Opportunities for Better U.S. Health Care released by the Commonwealth Fund, put into perspective just how far America’s healthcare system has plummeted. Rather than leading the world, the U.S. has fallen to the last place on a list of the top 11 countries with similar high-income populations, scoring poorly in nearly every category, including administrative efficiency and healthcare outcomes, and reinforcing the notion that high spend is no guarantee for high quality.

Of course, many argue these studies are flawed, clinging to the ghost of what was once a well-oiled machine. But when criticism comes from within, it’s hard to ignore the truth that bureaucracy extends to nearly every person and agency involved in healthcare, including the Centers for Medicare & Medicaid Services (CMS), which recently declared the need to reform its own burdensome regulations that are part of this growing problem. This announcement comes on the heels of a report from the American Hospitals Association revealing that activities related to regulatory compliance cost hospitals, health systems and post-acute care providers roughly $39 billion a year (or the equivalent of $1,200 per patient admitted to a hospital) and divert precious time away from direct care.

To add insult to injury, the Department of Health and Human Services (HHS) released a 2017 analysis showing how premiums have doubled for individual health insurance plans since 2013, with the average American now paying nearly $3,000 more for health insurance per year. In the states of Alaska, Alabama, and Oklahoma, premiums have tripled. Meanwhile, wait times to see doctors and specialists have soared.

At the heart of healthcare, there may be nothing more important than time and attention, particularly when it comes to a health emergency. But even with the U.S. spending more on healthcare than any other country in the world at $10,348 per person, which amounts to nearly 18 percent of gross domestic product, it still takes on average 50 percent longer to see a family medicine doctor and 30 percent longer (24 days or more) for a patient to get an appointment with a new doctor in comparison to just three years ago, according to a 2017 Merritt Hawkins survey. With the recent deadly flu season claiming the lives of 168 children as of May 2018, according to a report by the Centers for Disease Control (CDC), that waiting game has become a matter of life and death.

Related content: Is Single Payer a Better Option for America?

The door to the iron cage

One hundred years ago, Weber may have made the case for why bureaucratic management can generate obedience and, as a result, increase efficiency, yet not without warning of its dehumanizing effects—namely the “iron cage” he suggested, which can limit the potential for human innovation and social interaction. When that occurs, he surmised, the only way to escape the mechanical existence it imposes is for a transformative charismatic leader to emerge with a new system or ideology to replace it. That should be easy once we recognize the door to that iron cage has always been open.

Robert E. Grant is founder and chief executive officer of CONCIERGE KEY Health, a premier healthcare service that provides on-demand access to top-tier doctor specialists, an assigned healthcare team, dramatic reductions in wait times and the ability to schedule an appointment with the click of a button. An entrepreneur, inventor and investor, he has played a pivotal role for more than 20 years in successful technology and business development in pharmaceutical, medical device and healthcare markets. In addition to founding CONCIERGE KEY, Grant is founder and vice chairman of Alphaeon Corporation, as well as founder, chairman and managing partner of its parent company, Strathspey Crown Holdings, LLC. Most recently, Grant was CEO and president of Bausch+Lomb Surgical, leading the significant growth of its product portfolio. From 2006 to 2010, he served as president of Allergan Medical, leading the $3.2 billion Inamed acquisition and the commercial success of the Botox Cosmetic, Juvederm, Natrelle breast implants and Lap-Band brands. Grant also served as director, board chairman, CEO, president, COO and CFO of Biolase Technology from 2003 to 2006 after holding various senior management positions at Lumenis for six years.

An independent director on several corporate boards including Acufocus, Myoscience and ReShape, Grant has served on several community and civil boards including Make-A-Wish Foundation, Young Presidents Organization, University of California, Irvine (UCI) CEO Roundtable Steering Committee, Chapman Schmid College and both UCI's school of law and Henry Samueli School of Engineering. Grant received his bachelor's degree from Brigham Young University and graduated with honors from Thunderbird School of Global Management, where he earned his MBA. He has also attended the President's Seminar at Harvard Business School and has lived and worked in nine countries, with fluency in Japanese, French, Korean and German.