How Do I Know If I Have Skin Cancer? 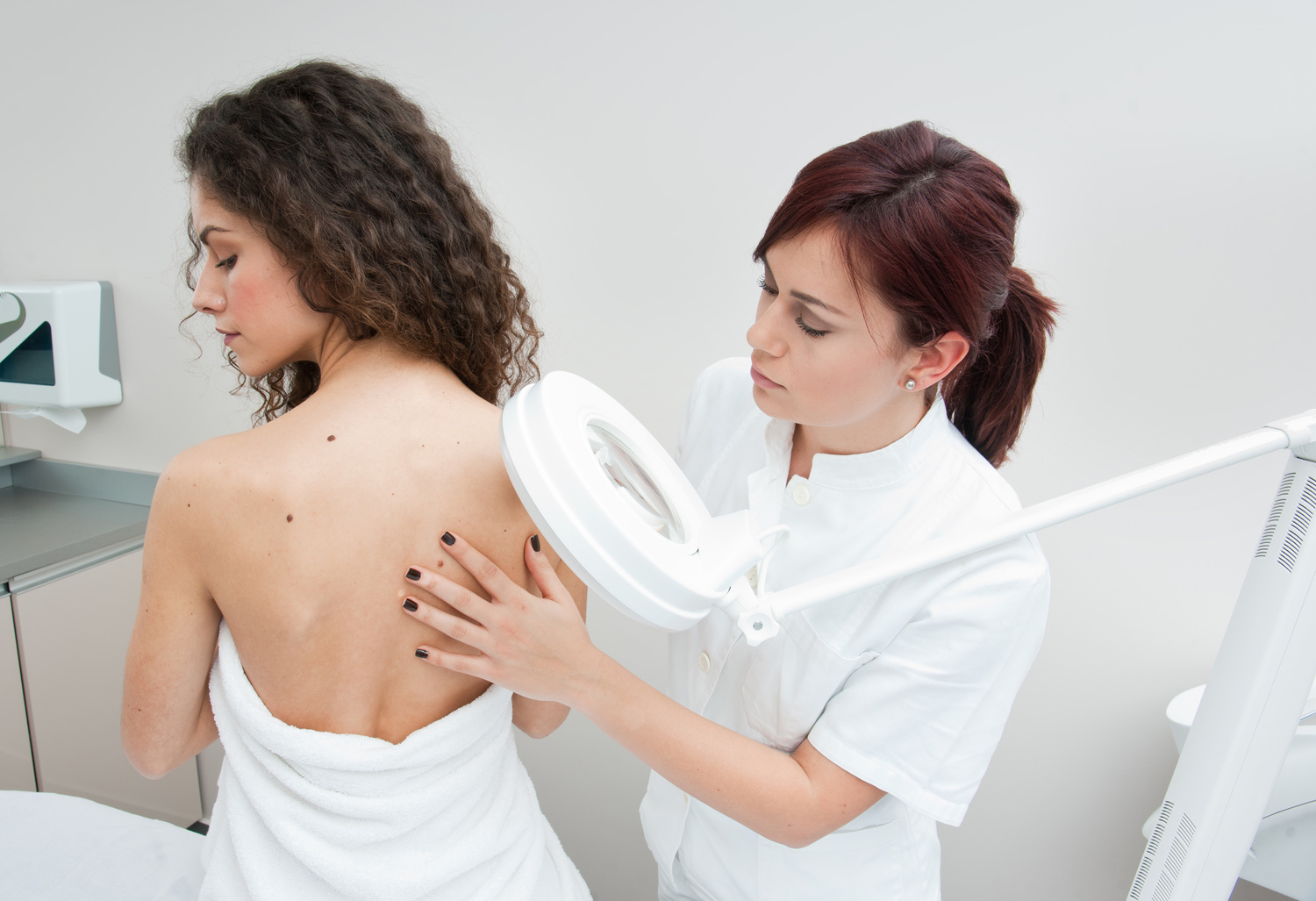 I walked into the exam room to see Peggy, an overweight blond-haired, blue-eyed, middle-aged Irish woman who was wrapped in a blue paper gown. She was sweating profusely. After a brief greeting, she blurted out, “I think I have skin cancer.”

She felt perfectly fine otherwise. She had no pain or itching or any other type of symptoms related to her skin. However, Peggy was convinced that she was joining the ranks of her older sister, father, and maternal grandfather, all of whom had been diagnosed with some form of skin cancer in the past.

Later, that same day, Tina, a young brunette Wall Street trader also visited the office with concerns that she had skin cancer. She noticed a new brown colored growth on her right upper leg.

Tina confessed that she had been a tanning bed addict as a teenager. She also said that she loved the sun. Furthermore, she had suffered many a sunburn as a child. In addition, Tina admitted that she never used sunscreen except for the small amount that might have been present in some of her makeup.

She couldn’t think of anything else since she noticed that harmless appearing pencil eraser-sized growth several weeks ago. With the help of Google, Tina matched her mind’s image of her growth with a photo of a biopsy-proven skin cancer she found on the Internet. And, so, she self-diagnosed her lesion as not just any skin cancer. She was sure she had malignant melanoma, the most deadly form of skin cancer.

Tina was unable to concentrate at work.  By her own admission, she spent hours ruminating over the possibility of surgery, chemotherapy, and ultimately, not being around for her 36th birthday.

What is skin cancer?

Skin cancer is the out-of-control growth of cells found in the uppermost layer of skin, the epidermis. Due to damaged DNA that triggers mutations, the cells multiple rapidly and form malignant skin cancers.

The epidermis is the most superficial of the skin’s main layers (the dermis and hypodermis lying below). It covers the entire external surface of the body. It is comprised of 30 – 50 layers of cells with the thickness varying depending on the body region.

The deepest layer of the epidermis is called the stratum basale. The majority of cells in this layer are columnar shaped cells called basal cells. These cells continually divide and move upward producing the cells above, the keratinocytes.

Skin cancers that arise from the out-of-control growth of these basal cells are called basal cell carcinomas. This is the most common form of skin cancer. It is frequently found on sun-exposed surfaces of the body like the head and neck.

In addition to these active basal cells, pigment-producing cells called melanocytes are also found within the basal layer. The pigment produced by these cells is responsible for skin color.

Out of control growth of these pigment-producing cells results in the development of one of the most deadly forms of skin cancer, malignant melanoma. This type of skin cancer is far more dangerous because of its ability to spread to other parts of the body if not treated at an early stage. Fortunately, it is less common than other types of skin cancer.

Another less common type of cell found within the basal layer of the skin is the called merkel cell. These cells act as touch receptors sending information about light touch and pressure sensation to the brain. These cells are found associated with a nerve cell and are most dense on the fingertips and lips where touch sensation is most acute.

As the basal cells divide and move upward they form thin flatter skin cells that make up the outermost layers of the epidermis. These cells will eventually shed and be replaced by newer underlying cells. These flat cells are called squamous cells.

Abnormal changes in the DNA of these cells, which cause them to divide uncontrollably, leads to the development of squamous cell carcinomas, the second most common skin cancer type. When this cancer is found early, it is very treatable.

Skin cancer is easy to self-detect

One in five Americans is expected to develop skin cancer in their lifetime. Anyone can get it, regardless of skin color, age or gender.

Fortunately, skin cancer is one of the easiest of all cancers to diagnose. Further, if it is found early, it is relatively easy to treat. Because they are almost always visible on the skin, if the person is looking for changes, they are likely to find a skin cancer early.

The moral of the story: do self-examinations of your skin monthly.

Skin cancer can occur anywhere on the body, so be thorough. Check the nails, between the toes, and inside your mouth. Use a hand mirror to check hard to see areas, including your back and private places. When shampooing, feel around the scalp and glimpse through the hair.

Related content: A Little Lump Or Bump On Your Eyelid? Beware, It Could Be Skin Cancer

You should seek a definitive diagnosis early if any of the following changes occur in your skin:

Make an appointment with a dermatologist

After you have performed regular skin checks and once you discover a suspicious lesion, you have done your job. Now it’s time to see a dermatologist, a skin care specialist who can determine the definitive diagnosis. This may require a minor outpatient surgical procedure known as a biopsy. Occasionally, a more significant surgery will be required.

The biopsy specimen will be sent to the pathology lab who can determine whether or not the lesion was a skin cancer and, if it was, what type. Found early, skin cancer, even melanoma, is very treatable.

As for Peggy and Tina, happy to announce, neither were diagnosed with skin cancer.

If you find a new growth on your skin how do you know if it is cancer? The simple answer; you don’t.  The average layperson does not know how to diagnose skin cancer, nor are you expected to. But it is your job to help find it!

This post was first published October 21, 2018. It has been reviewed and updated by the author for republication on April 15, 2020