Screening Colonoscopy: Shopping Around Saved Me $6,820 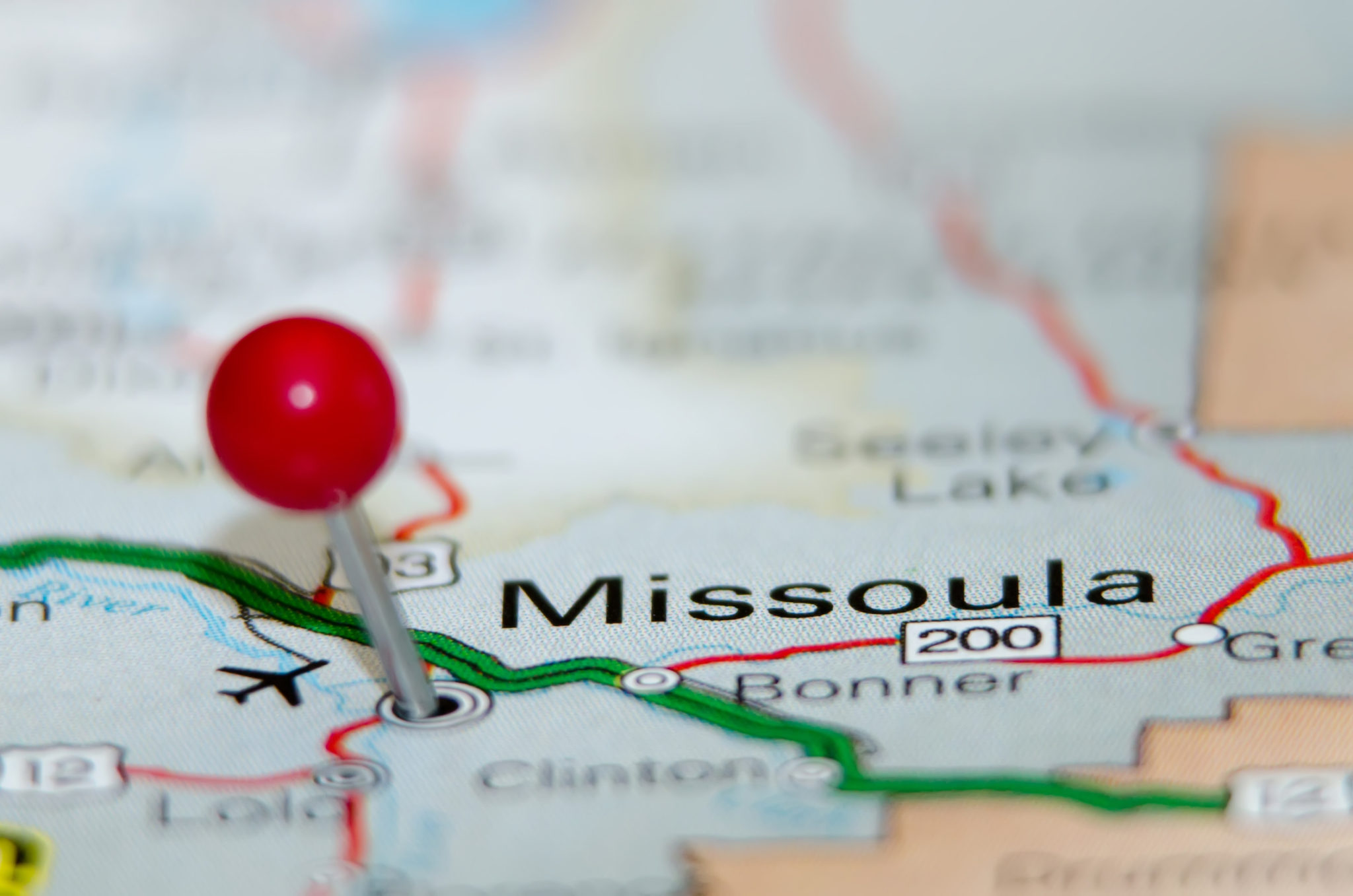 If you are paying out of pocket for your screening colonoscipy, be sure to shop around (photo: iStock)

With Medicare eligibility looming and my good genes and healthy lifestyle, I made a good argument (to myself) to avoid buying health insurance. My relationship with the medical establishment was mostly hands-off.  In addition, I thought I had all that anyone really needs – a satellite geo tracker with its red rescue button and life flight insurance. However, the fateful words of my retired veterinary friend kept talking about the importance of having a screening colonoscopy.

It gnawed at my serenity when he said:

“No one has to die from colon cancer; if they do, it’s their own fault.”

That was two years ago.

I finally decided to get the freaking colonoscopy

On top of my growing anxiety over my friend’s wise words, my internist in San Francisco was relentless in sending me requests to have my labs done. Finally, I decided to answer the knock at the door.

Simultaneously, another good friend, a physician, and CEO was working feverishly at his digital health company that uses AI to better measure and deliver quality care. Between my nagging guilt and the high-tech inspiration, I set out to get the freaking colonoscopy.

That was two months ago.

I reached out to my San Francisco doctor whom I pay cash to on yearly basis. I do that so he’ll take my calls and keep an eye on me. And also get me some (slightly) discounted lab services.

He referred me to a GI doctor whom he trusts and would give me a preferred rate. I called his office and made an appointment. Out of curiosity, I asked the receptionist, “How much do you charge for a screening colonoscopy?”

Knowing I paid cash without insurance coverage, she was quick to respond, “The whole procedure not including the anesthesiologist is $8500.” I thanked her and hung up the phone.

Hmmm, what else could I use that money for?

And then I began to think through the importance of the procedure for my own health and well-being compared with alternative uses of the cash. Say, a “scuba trip to the Sea of Cortez”, or “my grandson’s college fund.”

It’s hard to trade-off a potential future benefit against a good use of that cash now. So, I started calling around.

When I’m not working in California, I’m living in Utah. I called some Salt Lake City doctors, which seemed logical. Dinners in Utah are at least 30% cheaper than dinners in San Francisco. Perhaps colonoscopy rates might follow that trend.

During my hunt, I was renting a vacation place in Hamilton, MT, so thought I’d do some colonoscopy shopping just north in Missoula too. What have I got to lose?

I called the Community Hospital there and asked for the Colonoscopy Department. I told the receptionist right away that I was a self-pay patient (code for no insurance). And, that I was calling around to get the best pricing.

She put me through to the billing department. The helpful staff member informed me that the cost for a screening colonoscopy was $3,500, but that there is a 40% discount for self-pay patients.

Related content: A Tale of Cost and Care: Blood on the Sidewalk

After some discussion and clarification, we settled on $2,000 for the procedure. I booked the appointment immediately. That was two weeks ago.

Wendy, the clinic nurse, and I became friendly. She made my appointment and got my address to send the prep kit. She called me the night before the appointment to make sure things were going well. And she reminded me to show up a little early for registration.

She also told me where to park and which entrance to the hospital to walk through. Wow! Great customer service in healthcare. This is new.

When I arrived on the day of the procedure, I was politely greeted and directed to a seating area to wait. I waited only about ten minutes before I was called up to the front desk.

Surprisingly, the woman at the desk already knew that I was a “self-pay,” and confirmed the 40% discount. So far, so good.

Smiling, she informed me that she could give me an additional 20% off if I paid the procedure in full that day. The total became $1,680. What a massive break from the whopping $8,500 the hospital in San Francisco wanted to charge me.

I smiled back and said, “Well, in that case, I’ll take two!”

Why is there such a huge variation in pricing for a screening colonoscopy?

I got curious about the calculus of why the same procedure could have such a swing in cost from city to city. So, I called another friend who is a data science expert and told him my story.

He did his best to throw some light on some of the reasons, although we’re going to need another call. He explained, among other things:

Admittedly, after I left the cashier, I had some second and third thoughts about the recent transaction. I wondered if indeed they had gotten the fee right and if they did, hoped they would get the procedure right. Hell, I paid more for a dental crown the week before.

I went on to share more about the quality of care I felt I had received from the Community Hospital. In other words, both the doctors and the prep nurse were awesome. They were efficient, confident, and personable in the genuine ways that made me feel like I was seen as an individual and not just as a patient.

The prep nurse heard that I got my free COVID-19 test at the High School in Hamilton. She shared that her daughter was one of the National Guard Soldiers assigned there that day.

The doctor came in and informed me that those results were not in yet. But not to worry because he and the team (of two) were just going to double up on the protective gear.

The O.R. was smaller than most. I only know this because the anesthesiologist said, “It’s a little cozy in here Stephen, but I’ll have you out of here before you know it.”

As I was coming to after the procedure, the doctor — on his way out to throw hoppers on the bitterroot — told me he appreciated the good job I did on the cleanse the night before. He also told me that everything looked great.

“Maybe I’ll see you on the river one of these days, but not here again for another 10 years.”

No one has to die from colon cancer. If they do, it’s their own fault — unless, of course, they live in San Francisco.

Stephen Wachter has over two decades of Talent Acquisition experience for start-up ventures. He specializes in Vice President of Engineering Searches for clients at the forefront of transformative technologies. Stephen studied pre-medicine studies at the University of California at San Diego. As head of talent for Health2047 — the AMA’s innovation lab — Stephen got to meet many physicians, heard a lot about their struggles, and awed at their ideas for new technology innovations.

Stephen has been successfully recruiting senior engineering executives for several high-profile Silicon Valley companies, including Google and Yahoo!, for over a decade. At Google, Stephen placed their first VP of Engineering when they were a 56 person start-up when search technology was just breaking out.

During his long-time association with Yahoo!, he became the exclusive external resource for all technical executive recruiting and placed over thirty individuals there at the SVP, VP, Sr. Director, and Chief Architect levels. Additionally, he has successfully completed searches for several smaller, venture-funded start-up companies such as NetSeer and Agile Minds.

Earlier in his career he worked for the Ward Consulting Group, an Organizational Development Consulting Firm. As an inside consultant, Stephen was able to gain some perspectives on how the most effective emerging companies were able to successfully "tell their story" in a way that attracted the best talent available, while at the same time "actualizing their story" by creating environments that effectively retained those same talented assets.

At the Apolo Group, he laced VP’s and Directors of Technology for the Online Education revolution. Today—AI healthcare client Apixio, advanced nuclear client, Kairos Power, and mars rocket client Relativity Space—keep his firm Osprey One on the edge of innovation.