Your Genes and Food: The Science of Personalized Nutrition 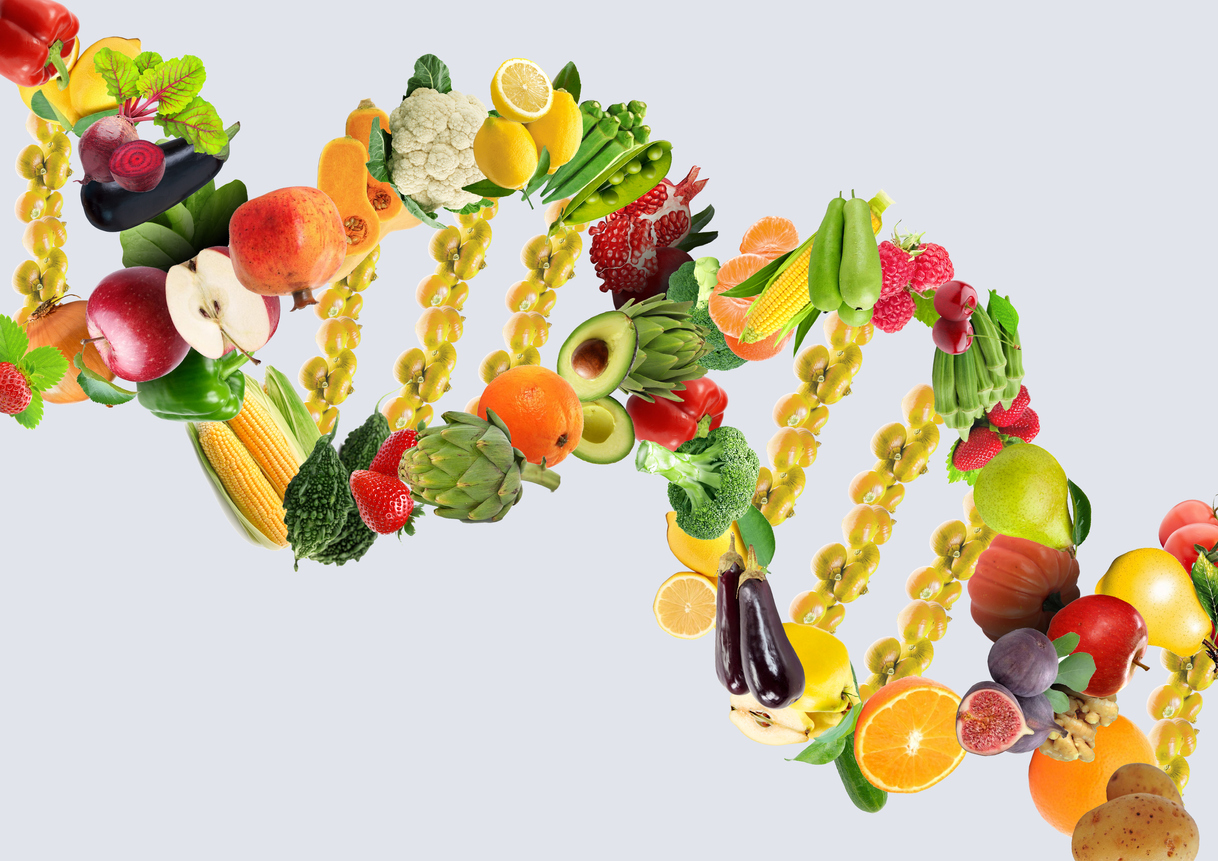 I first became interested in personalized nutrition in 2015. Back then, I concluded that while the concept was intriguing, the evidence base was weak. Therefore, I felt that the real-world application was not quite ready for prime-time autoimmune care, the primary focus of my work.

So, when I met Dana Reed of the American Nutrition Association (ANA) at a Personalized Medicine Lifestyle (PML) Institute meeting and learned how enthusiastic she is about the future of personalized nutrition, my curiosity was piqued. I wondered, with the fast growth of “-omics” (such as genomics, proteomics, nutrigenomics, etc.) technologies, if times have changed. After attending the ANA Conference in Philadelphia in November 2018, I can say yes, for early adopters.

Jeff Bland, Ph.D., Founder and President of the PML Institute, set the tone of the meeting by asserting that genes are not our destiny. Rather, he explained, genetic expression is what defines our function. He went on to say that,

The term ‘environment’ encompasses not only exposures based on where you live, but also what you choose to do or not do. Smoking and diet, for example, are two important factors that influence gene expression.

This picture of genetic plasticity is in stark contrast to previous thinking about genetic determinism that many of us learned in our medical training.

Dr. Bland explained that there are two tuning knobs:

Bland said that we are moving from the era of individual medicine to more of a network systems approach. He ended his talk with a discussion of polygenic risk scores, noting that understanding the impact of nutrition on gene expression is going to be extremely important going forward.

An early breakthrough in the research landscape occurred when Dr. Chris D’Adamo, Ph.D., Associate Professor at the University of Maryland, wondered why is there so much heterogeneity in the outcomes of clinical trials?

He is now examining the role of micronutrients in health and disease. He pointed out that nutrients and minerals are now being incorporated into randomized clinical trials (RCTs) to begin to build the evidence base for personal variation in micronutrient metabolism. This he says is one of the more actionable areas. Importantly,

“Personalized nutrition extends beyond nutritional genetics into the microbiome, environmental exposures, personal preferences that are essential to compliance, and many other factors that will influence varying responses to diet between (or even within) people.

He explained that, within nutritional genetics, you can conceptualize this important concept as two sides of a coin.

The two sides are:

D’Adamo notes that big data sets will generally be needed to tease out small effects from combinations of large numbers of genes. He explains,

“It is a numbers game, with 30,000 genes, 6 billion nucleotides and over 10 million SNPs. You will need small p-values in research to be meaningful because there is so much opportunity for chance associations.” 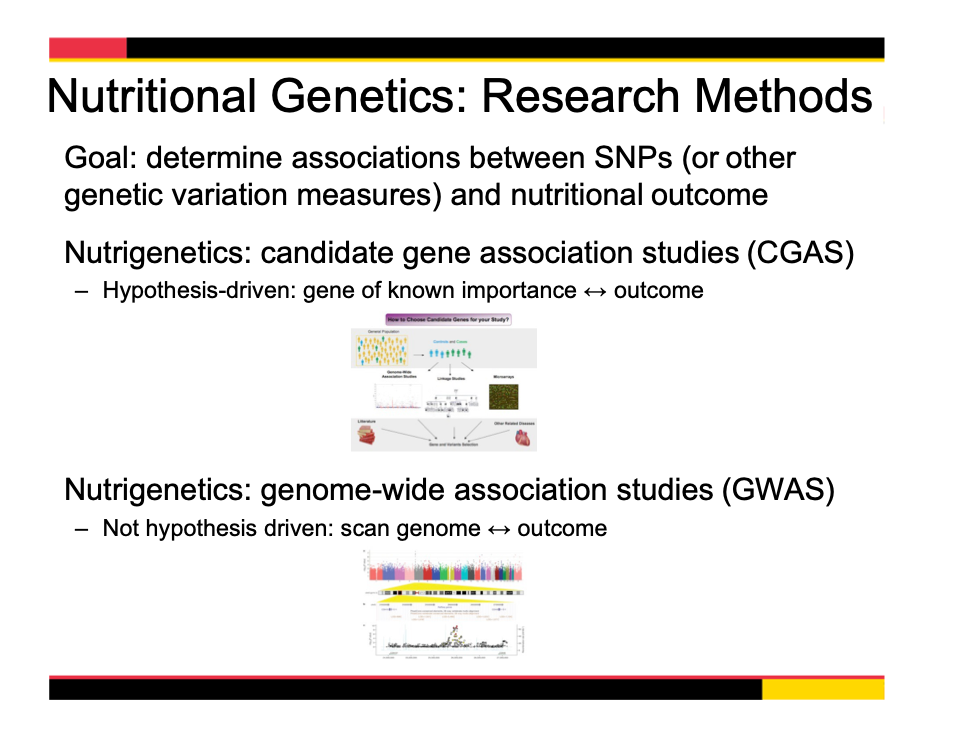 Just in the last few years, researchers have conducted new large (more than 500 people) nutritional clinical trials. Although research on micronutrients (vitamins and minerals) goes back to the 19th Century, the complex nature of this research means that the most meaningful studies will require collaborative teams from genetics, nutrition, and bioinformatics.

A deeper dive into micronutrients

D’Adamo continued saying that it is interesting, if not surprising, that researchers have found genetic associations in almost every micronutrient they have examined. Yet, we only now understand gross results within broad categories, “without the specificity to perfectly isolate the contribution of individual genes.”

The emerging understanding that many more phenotypic traits are polygenic or pleiotropic, rather than single gene – single trait, suggests even more complexity for future research.

Folate occurs in several chemical forms— a large group of naturally occurring folates and synthetic folic acid (the form used in fortified foods). Folate and homocysteine metabolism are important in neurological pathways and thus, deleterious genetic variants in these pathway enzymes have been associated with neural tube defects, Alzheimer’s disease, and other dementias, as well as vascular diseases and cancers.

The strongest genetic influence on folate metabolism is exerted by the 5, 10 methylenetetrahydrofolate reductase (MTHFR) variants. This set of 24 (currently identified) single-nucleotide polymorphisms (SNPs) is important. However, it is difficult to study because there are a large number of possible combinations, including “variants with strong effect size.” These are SNPs where ~50% of the population are heterozygotes in whom methylation can be reduced by as much as 30%.

Homozygosity on such SNPs can reduce methylation as much as 65%. Some new clinical trials using MTHFR status are starting to improve our understanding of these variants.

B12 serum levels are known to be associated with methylation and metabolism of folate and homocysteine, neurotransmitter synthesis and production of cellular energy. Low B12 levels have been associated with low energy and fatigue, common in those who eat a vegan diet. New science suggests that there are gene clusters, most notably FUT2, that affect B12 absorption from food and supplements that may be clinically important.

Vitamin D is important in many chemical reactions throughout the body. Some of these include hormone activity, and the expression of over 10,000 genes and the conversion of Vitamin D3 to 1,25,-(OH)2-D3 (the metabolically active form of the vitamin).

Recent clinical trials show “a pretty impressive role of several genes including CYP2R1.” People identified with this variant have normal levels of calcitriol, so there may be other genes involved, along with complex interactions between calcium and Vitamin D3.

Vitamin E is a class of fat-soluble micronutrient with antioxidant properties. It is now known to have eight forms. Vitamin E is associated with lipid metabolism and obesity. Many genes influence vitamin E metabolism; low levels of the vitamin are associated with several chronic diseases. On the other end of the U-shaped curve, a famous study in Finnish smokers showed that Vitamin E supplementation increased cancer risk, suggesting that smoking may have an epigenetic effect on Vitamin E’s role as an antioxidant.

Carotenoids are a class of more than 750 fat-soluble pigments (polyphenols and phytochemicals) made by plants. Some of them are precursors to Vitamin A. Most of them have antioxidant and anti-inflammatory properties. These red, yellow, and orange nutrients are found in colored fruits and vegetables, such as carrots (hence the name), tomatoes (which also contain red-pigmented lycopene) and spinach (where the yellow carotenoids are masked by the green color of chlorophyll).

Although neither vitamins nor minerals, low carotenoid intake is associated with increased risk of various diseases, especially of the eye and lung. Like Vitamin E, the effect of beta-carotene is different in smokers than non-smokers.

Histone deacetylases are a very large group of enzymes involved in a plethora of biological processes. One essential role is the control of gene transcription in cells, removing acetyl groups from histones that wrap DNA. This, like methylation, is an epigenetic mechanism.

Autoimmune metabolic diseases and cancers can follow from too much or too little HDAC. This U-shaped response curve (also evident in Vitamin E nutrigenomics) further complicates research, since for most nutrients, more is better, but only up to a certain threshold.

In fact, HDAC inhibitors have been used for decades as anti-seizure, migraine and bipolar mania medicines and are now being investigated as HIV therapy. This suggests that switching off enzyme activity once the reaction is facilitated is as important as switching them on when needed. 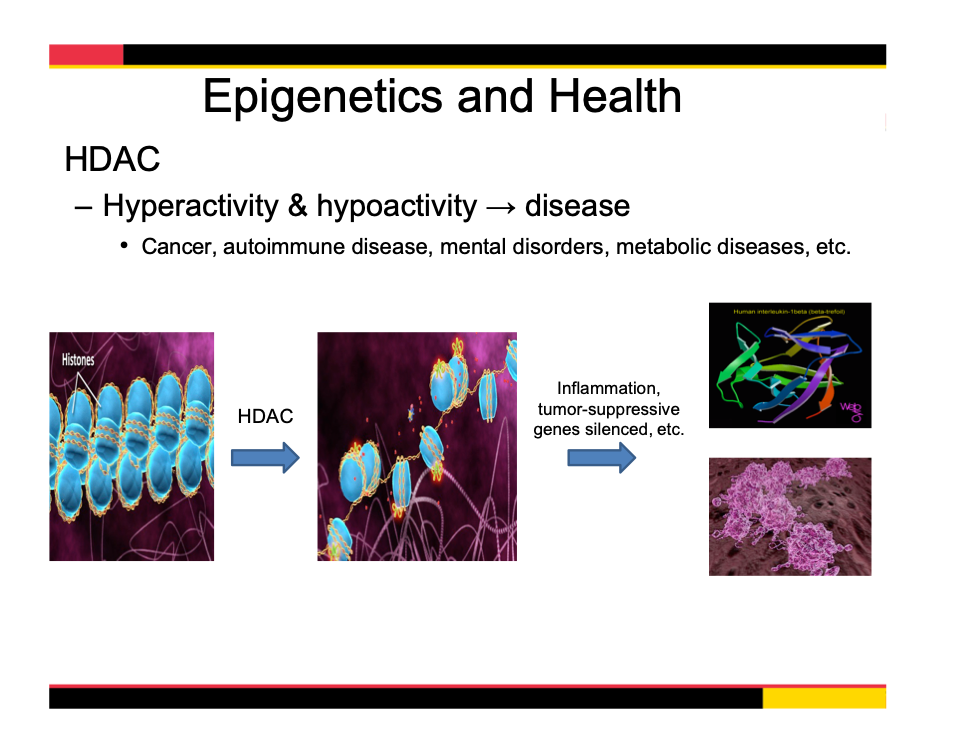 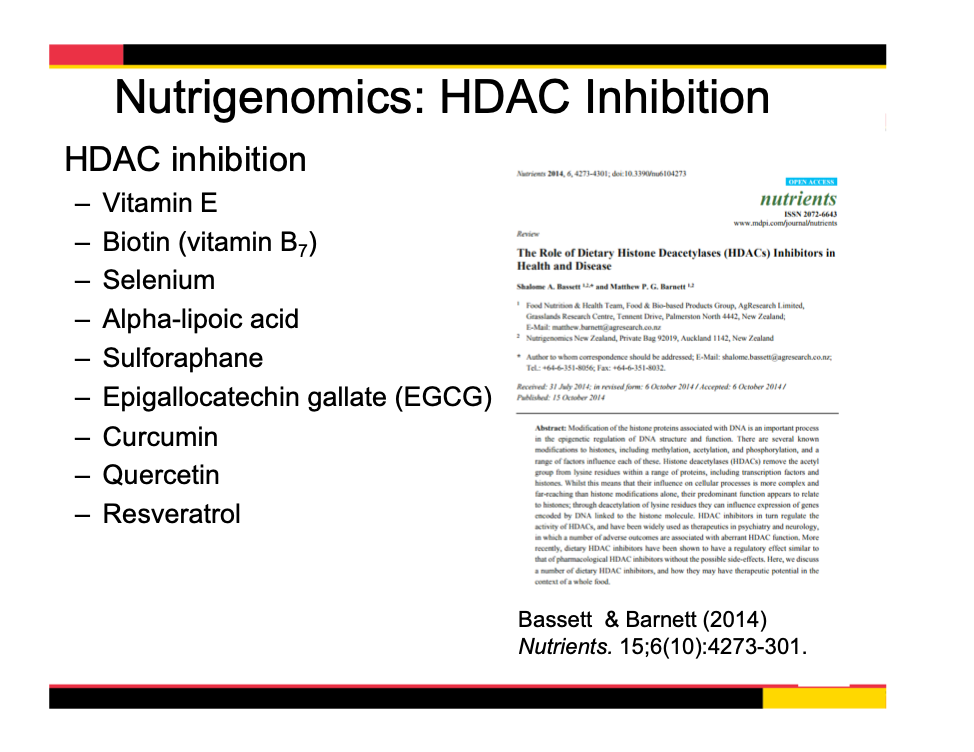 Below are examples of the various food sources that can inhibit HDAC activity. 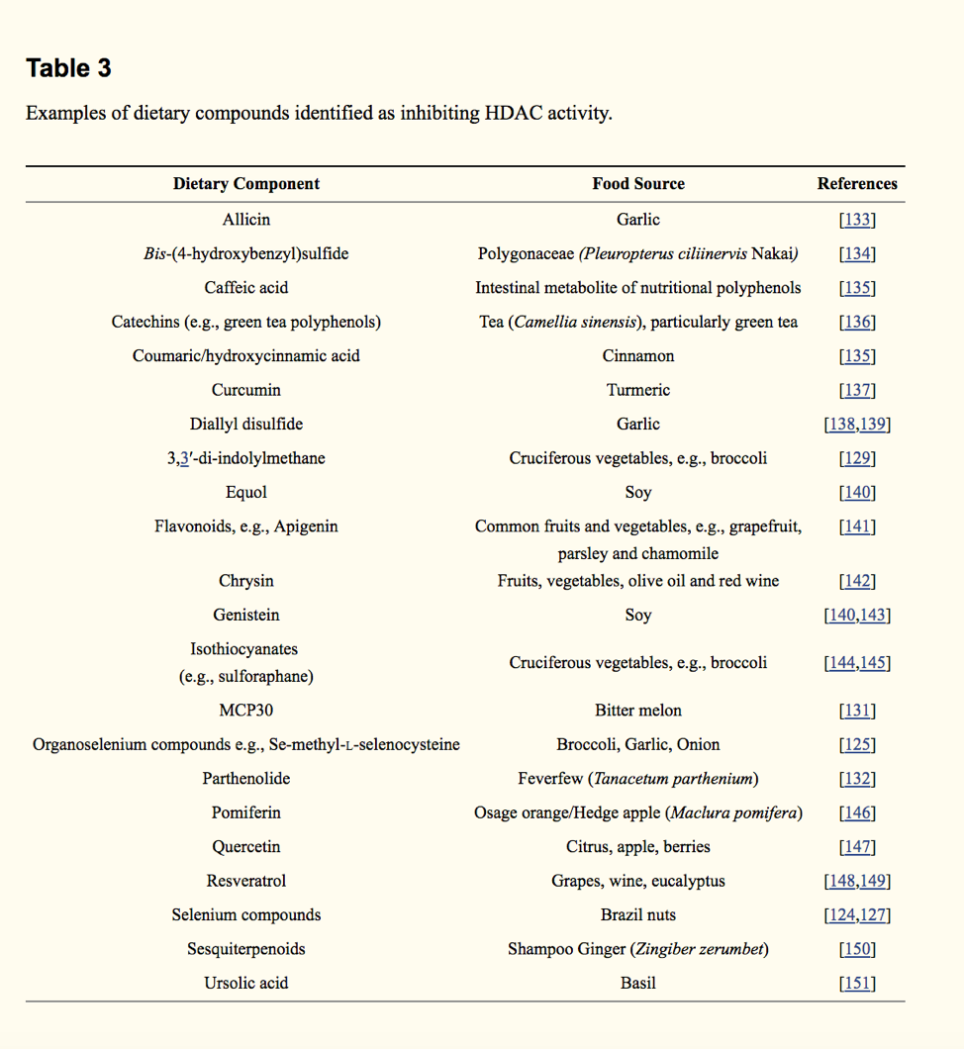 You can learn more here.

Other important points of Dr. D’Adamo’s talk are shown below: 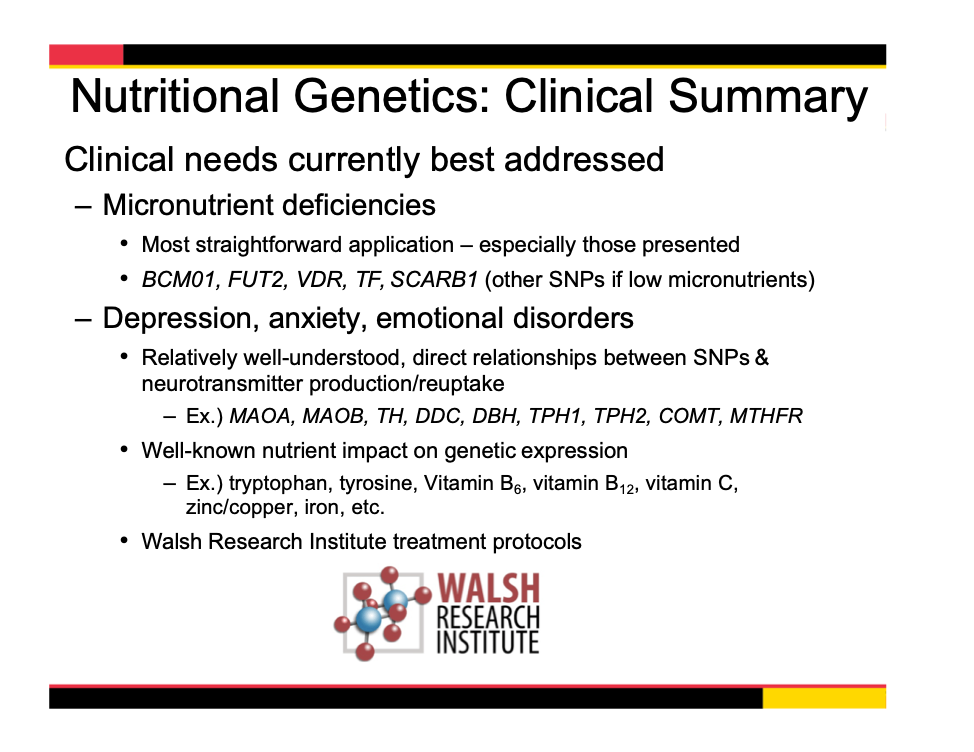 Using the evolving science in practice

Jessica M. Pizano, DCN, CNS of Nutritional Genomics Institute presented case studies translating this research into clinical practice. For example, she presented the case of a 72-year old woman who had already seen both conventional and functional providers without a clear explanation of her symptoms. By focusing on metabolic pathways and examining her functional laboratory test results along with her salient SNPs (shown below) revealed that she needed a very specific form of B12. With treatment, she is now feeling better. 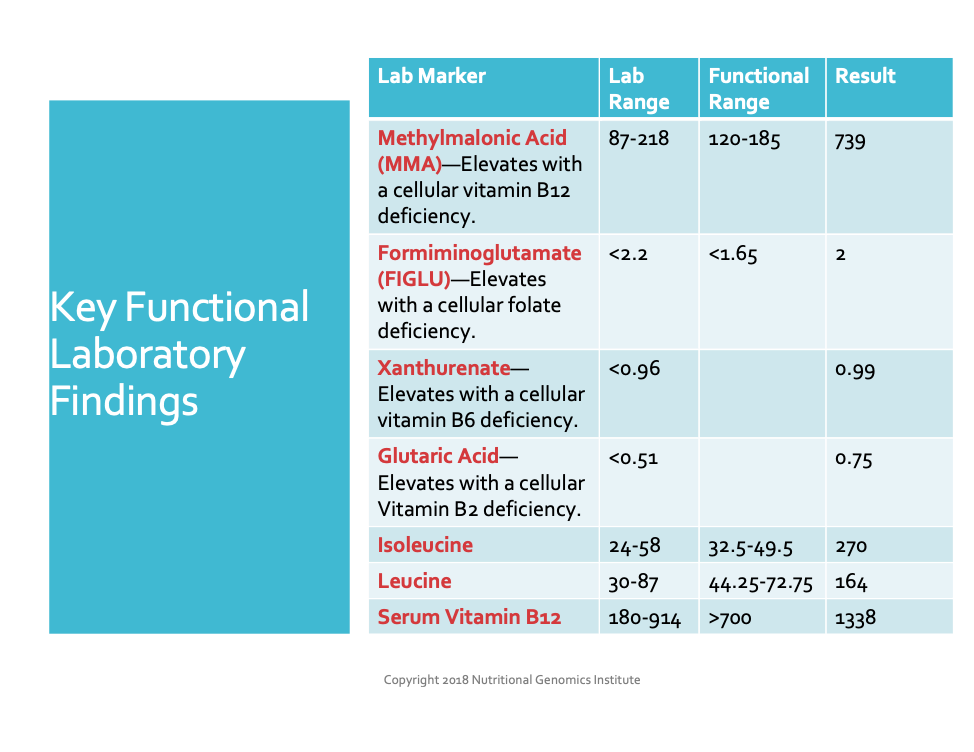 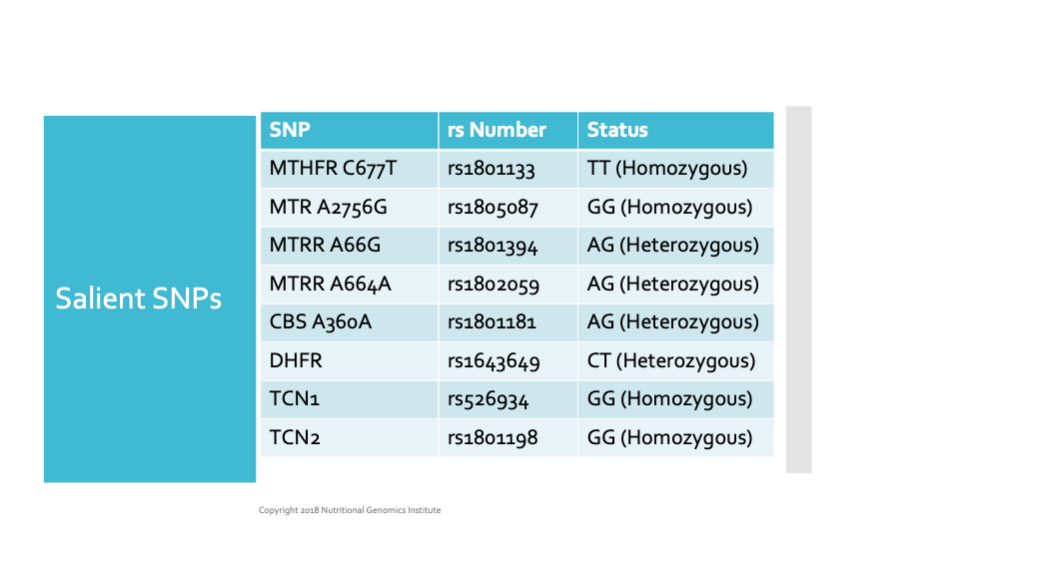 It will be interesting to see how this play out as the evidence base and ability to routinely obtain functional lab findings become ingrained in clinical practice.

You might also enjoy: 1200 Foods That Will Confuse and Amuse You

Overall, the meeting offered a terrific line up of experts tackling various complications around using personalized nutrition in clinical practice. It left me feeling more optimistic about moving from an autoimmune disease treatment system to one focused on autoimmune personalized care.

Dr. Feldman is an autoimmune patient advocate and an expert in digital health, the oral and gut microbiomes, and immune-mediated diseases. She is a frequently invited speaker and panelist at national and international conferences including TEDx, SXSW, and Stanford Medicine X.

Currently, she is the Founder and CEO of Your Autoimmunity Connection, a consultancy that through research, consulting, and other professional services, assists clients offer innovative products and services to people with chronic immuno-inflammatory diseases.

Previously, Dr. Feldman was a practicing clinical dentist. As a dentist, she built two dental practices and a consulting business from scratch. Then, armed with an MBA in finance from the UCLA Anderson School of Management, she worked on all sides of the Wall Street equation - sell side, buy side, and investor relations.

Her multimedia work has appeared in numerous online venues such as Forbes, Medium, Tincture, and Thrive Global. She has also been featured in podcasts and documentaries, written various white papers demonstrating deep subject expertise, and created presentations and blog posts that demonstrate her exceptional skills in the art of science storytelling.

Motivated by her desire to help future generations thrive, Dr. Feldman takes her four lenses (dentist, Wall Street analyst, digital health consultant, and patient) to seek out solutions that provide the best of conventional, functional, and digital medicine to improve chronic disease management for all patients. 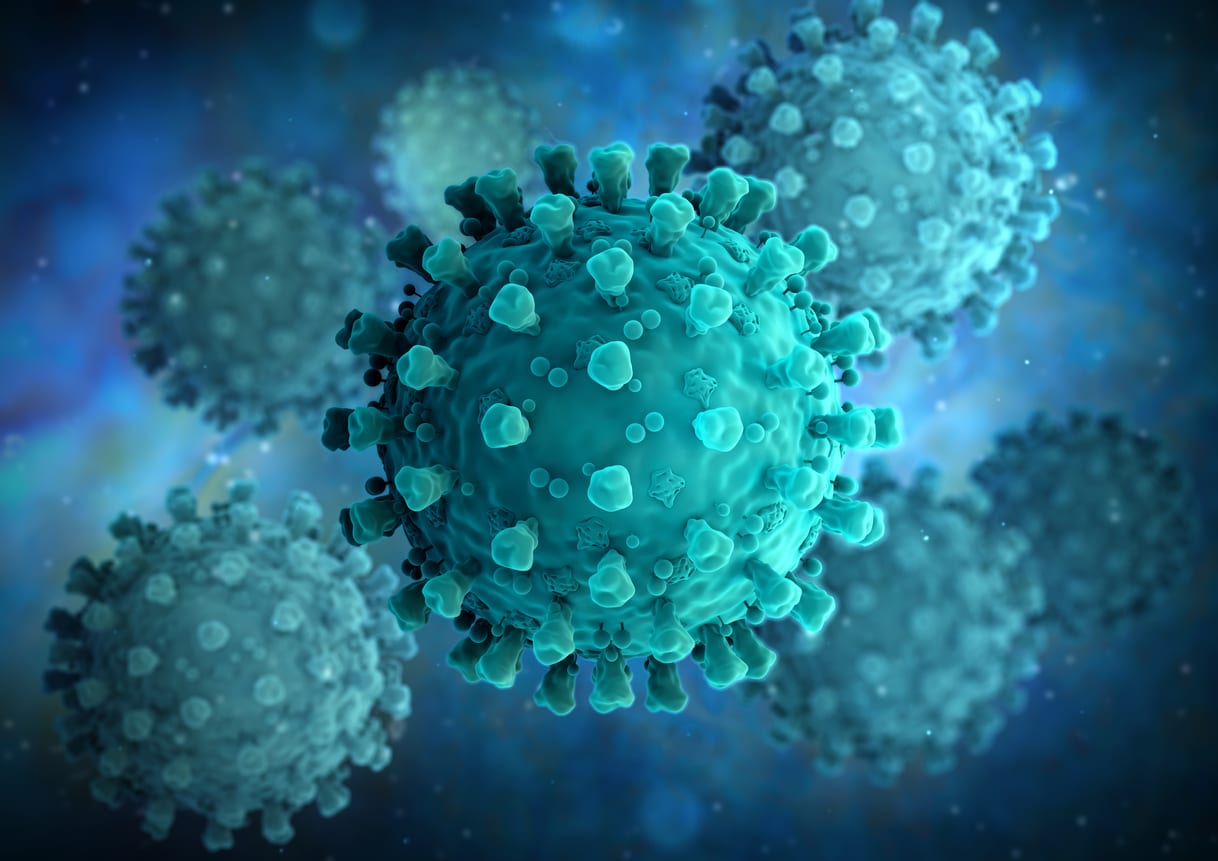 What Will Healthcare Look Like in a Post-COVID-19 World? (Part 1) 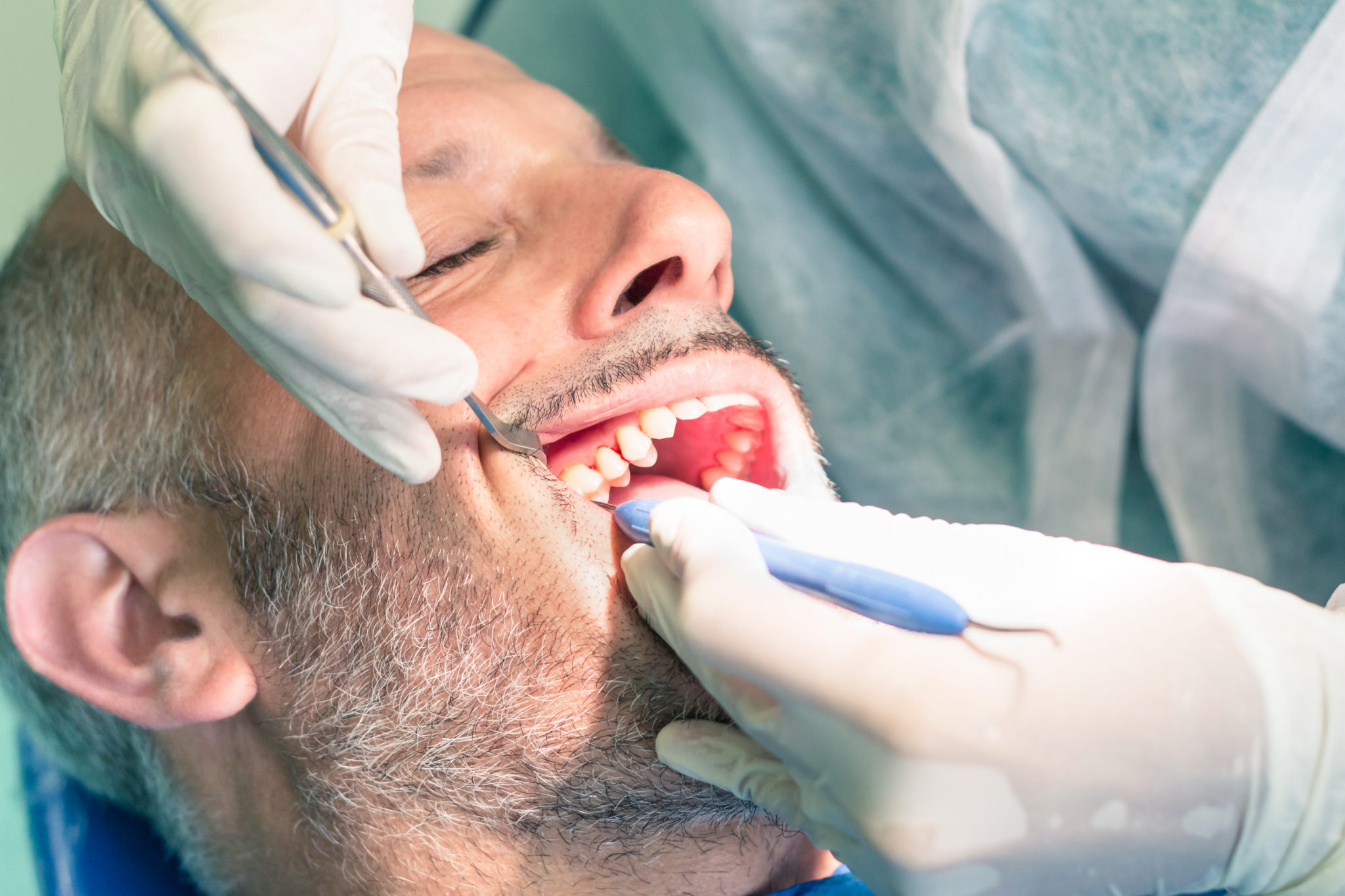 The Relationship Between Periodontitis and Systemic Diseases 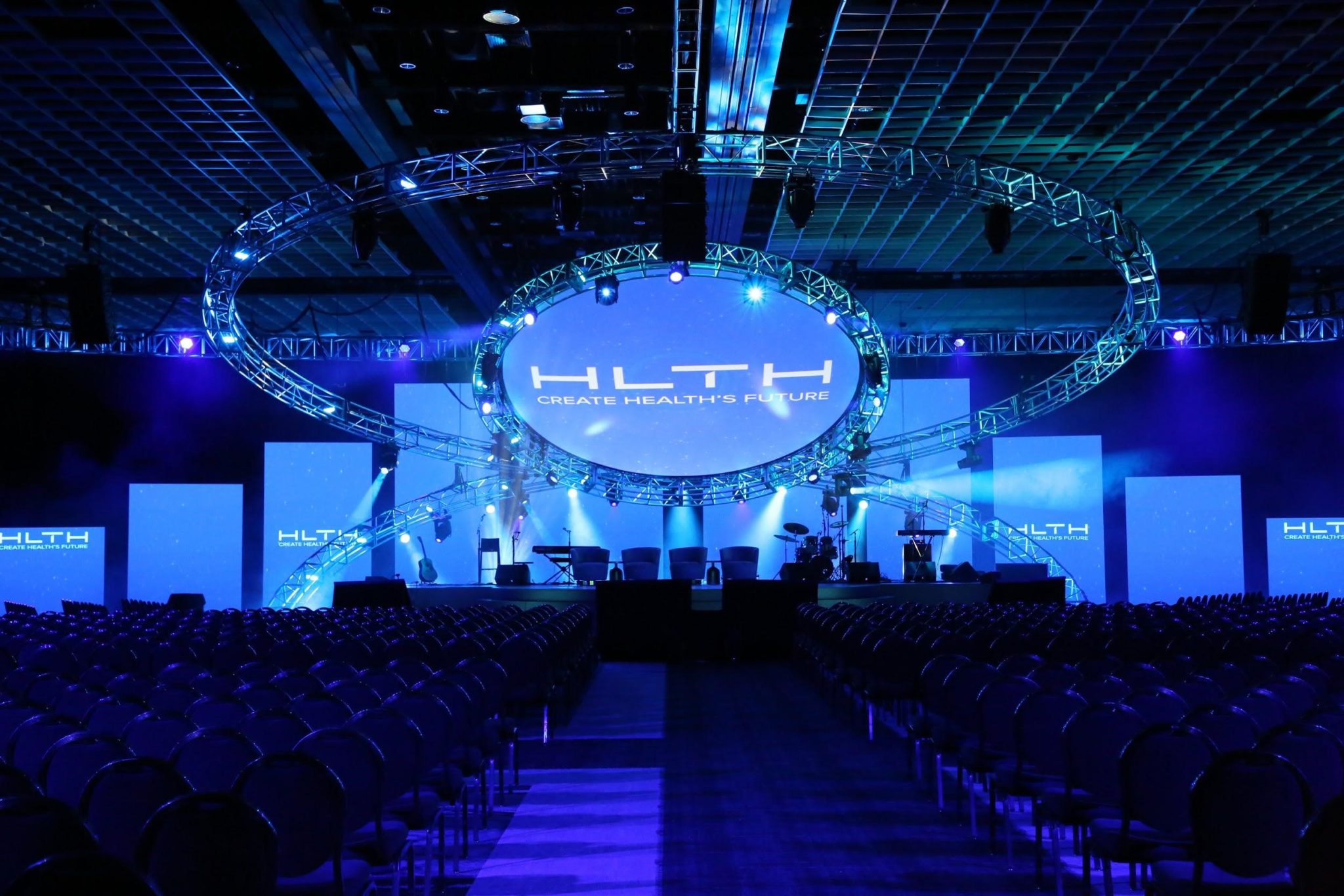 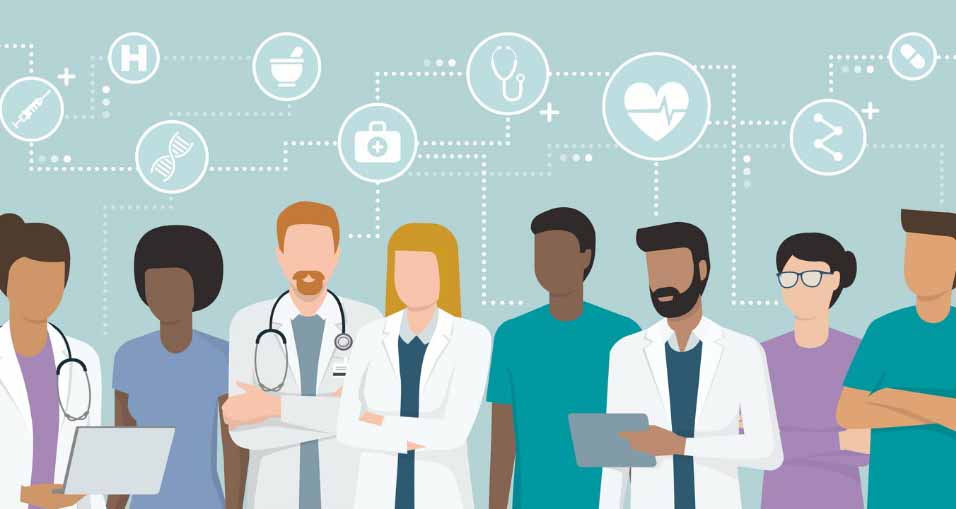 Why Collaboration is So Important in Autoimmune Disease 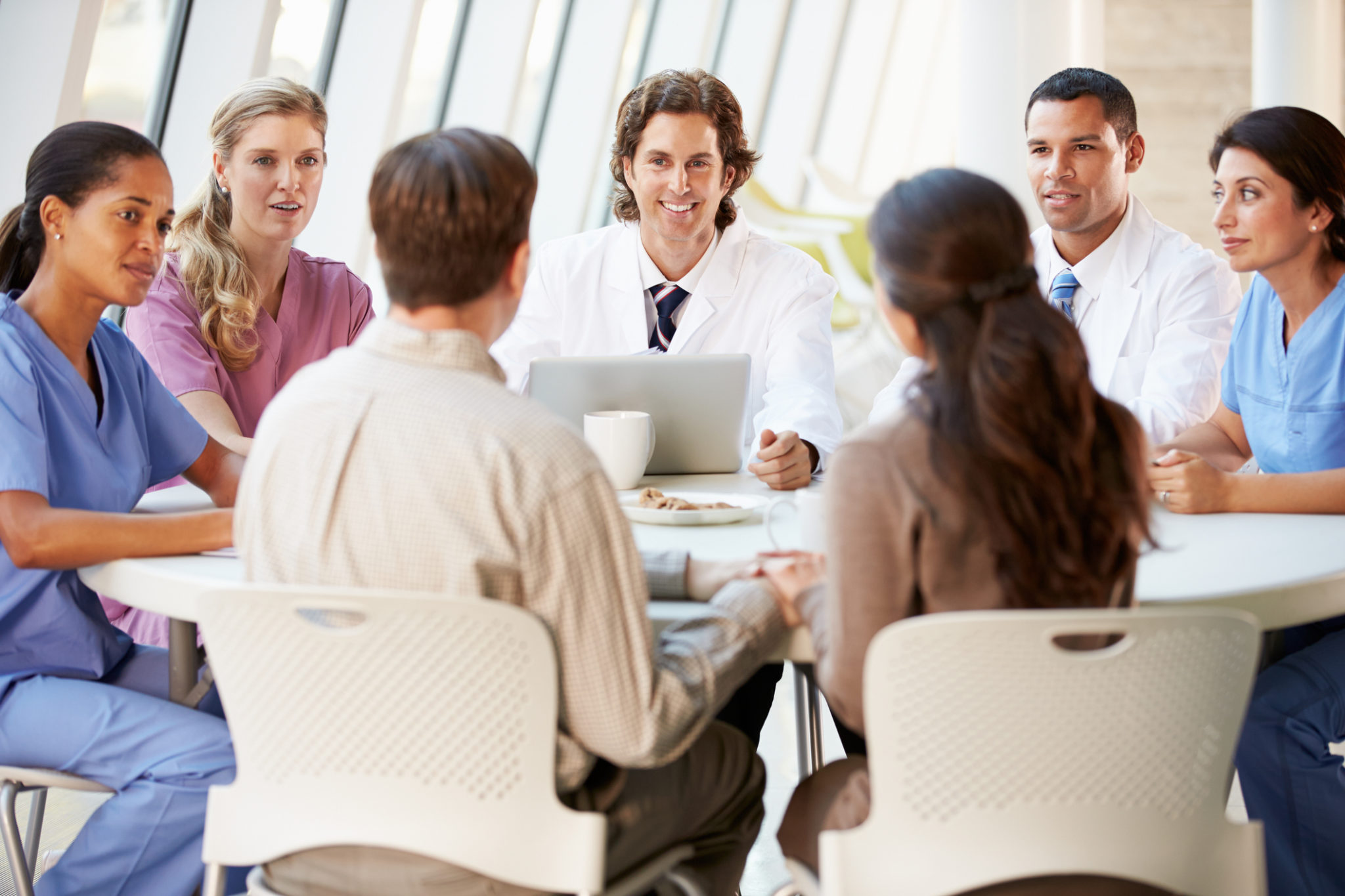 Patient Centricity: Better Solutions For (and With) Patients