There are powerful reasons to move to a value-based primary care system. Highly effective primary care is an indispensable piece of that effort. It is critically important that we move rapidly from Primary Care 1.0 and 2.0 to Primary Care 3. The latter provides a molecular medical management framework as opposed to the traditional organ system management. We believe that implementing this type of approach will unlock the full potential of primary care.

Why is primary care so important?

Research demonstrates that a focus on primary care has many benefits. These include:

Primary care provider reimbursement generates just 7.7% of healthcare costs but PCPs direct most spending through their referrals. There is evidence that this is exacerbated when PCPs are employed by hospital systems.

It is important to recognize that the costs of care are not distributed evenly:

An interesting twist is that primary care has already begun to segment. For example, urgent care providers and hospitalists are organized to meet the specific needs of people with acute or intensive needs. In addition, some primary care providers are specializing in delivering care almost exclusively via telemedicine. Primary care teams that focus on chronic conditions are critical to improve overall health and save money.

Let’s look at the different stages of Primary Care using the management of cardiometabolic disease as an example.

In primary care 1.0, physicians practice what is called “usual care.” They manage chronic conditions, such as the prevention and management of chronic kidney disease (CKD), using any medication that has been approved for the purpose. They may not specifically take into account the molecular medicine and the root causes of the condition.

Many of these patients are diabetic and hypertensive. Aggressive treatment of these conditions is needed to prevent the development and progression of kidney disease to end-stage renal disease requiring dialysis.

In addition, socioeconomic factors also play an important role. The cost of care can be a huge barrier to effective primary care access not only for the uninsured but also for the under-insured and those with high cost-sharing plans.

For people who can gain access to current primary care, treating hypertension and diabetes in usual care can be effective in preventing progression to dialysis. However, depending on which drugs are chosen to manage them, costs of care can vary widely.

Consequences of failure to prevent progression of CKD

Failure to prevent the progression of CKD poses significant health risks for patients. For example, one study found that “cardiac and vascular mortality are several times higher in dialysis patients than in the general population.”

Further, progression to dialysis is very expensive. The diabetic patient without CKD costs $10,721 annually. With stage 3 CKD and any progression, the cost is $31,693. The dialysis patient costs $62,091 a year.

Once a patient goes on dialysis, they automatically go on Medicare.

Even if you are miserly and hard-hearted…even if you care nothing for the plight of people less fortunate than you… you are going to pay for their much more expensive care down-stream.

It is in everyone’s hard financial interest to see that every American has access to cost-effective primary care, including critical generic medications.

As effective as Primary Care 1.0 is, it does not begin to realize the benefits that we could deliver with currently available best practice paradigms for chronic condition management. This is what takes place in Primary Care 2.0.

Using the prevention of CKD as an example again, we see that physicians aggressively and cost-effectively manage diabetes and hypertension using drugs that go beyond traditional risk factors.

They also follow guidelines that advocate focused, multifactorial interventions based on scientific evidence. And, they take cost into account by using generic drugs that target root causes. They also set aggressive clinical targets following their patients closely so they can tweak the interventions as needed.

The Steno-2 trial is a great example of such an intervention. Participating physicians followed a protocol that combines ACE inhibitors for hypertension, statins for cholesterol, metformin for diabetes, and aspirin to prevent clots.

When applied, this approach has produced impressive results:

Luckily, optimal medical therapy can be systematized, industrialized, and scaled. There is no reason why patients cannot reliably receive this type of treatment regardless of whether they live in a big city or a small town.

Similar approaches could also (Note: this article is behind a paywall) be used to reduce the incidence of Alzheimer’s disease and other expensive chronic conditions in addition to dialysis. We believe that Primary Care 2.0 is a much more effective way to manage cardiometabolic diseases.

It is only with Primary Care 3.0 that we begin to see its full potential. There are thousands of people developing the new science of molecular medical management. However, few are working on translating the new science from bench to bedside.

This is unfortunate because this new approach can move us beyond a system arranged around traditional risk factors and organ systems. It can move us to a much more precise approach targeting the molecular biology that forms the basis of chronic diseases and accelerated aging.

Understanding the full potential of primary care redesign requires a very short trip into the basic science weeds. If you just understand the rest of this article and the links, you will understand what next-generation chronic disease management could be. It is not that hard.

For example, elevated LDL cholesterol levels are a traditional target for therapies to reduce the risk of cardiovascular events, such as heart attacks and stroke. However, about half of all heart attacks occur in people with normal levels of LDL cholesterol. This suggests that other factors may be contributing to the risk in those people. Several seminal studies have pointed at inflammation as a critical pathway in the pathogenesis of atherosclerosis.

Paul Ridker is a cardiologist at Harvard Medical School. He is the leading proponent of the “inflammatory hypothesis” of cardiovascular disease. The 2008 Jupiter trial made him famous in medical circles.

The trial enrolled 17,802 healthy patients with normal LDL cholesterol levels (according to guidelines at the time) but a high level of the inflammatory marker C-reactive protein (CRP). Half of the patients were randomly assigned to receive the statin and half did not.

Although many in the public think of statins as cholesterol-lowering drugs, they also have significant effects in reducing inflammation. The results were dramatic leading the cessation of the trial after a median of ~2 years. Rosuvastatin treatment cut the incidence of a first cardiovascular event in these individuals by half. LDL levels were reduced by 50% and CRP by 37%.

Dr. Ridker expanded this concept in the 2017 CANTOS trial designed to determine the impact on cardiovascular events if inflammation was reduced but cholesterol levels were not impacted.

Patients with a history of heart attack and a high CRP received the injectable monoclonal antibody canakinumab that neutralizes the inflammatory mediator interleukin 1B (initiates inflammatory signaling cascade). That intervention reduced heart attacks by 15%.

This study provided compelling evidence that targeting inflammation instead or (or in addition to) lowering lipids is a viable approach to the prevention of cardiovascular disease.

In a follow-up review, Ridker and his colleague, Aaron Aday, wrote the following:

Dr. Ridker summarizes the implications like this: “CANTOS is what we call systems biology.

When I was a medical student, we taught heart, lung, kidney, brain. however, We don’t do that anymore. Instead, We teach inflammation, fibrosis, and metabolism.

The best scientists at Harvard are calling for a move away from a medical system designed around organ systems. Instead, they advocate moving toward a system based on genetics, epigenetics, and molecular biology. This is because the same molecular signaling that causes a heart attack also causes stroke and kidney failure.

It makes no sense to send these people to cardiologists, neurologists, and nephrologists. The best management will not come from partialists. It will come from generalists who are experts in molecular medical management. That, in a nutshell, is primary care 3.0.

Other articles in this series:

Healthy Life Extended by Eight Years in a Landmark Study

Heart Attacks: When Will We Finally Do What Needs to Be Done

Is There Really a Way to Reverse Diabetes?

A Unifying Hypothesis of Chronic Disease and Aging

Erectile Dysfunction: Is It a Sign of Heart Disease?

Reshaping Healthcare: What We Can Learn From Alaska 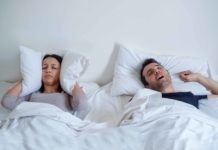 Sleep Apnea: New Treatment Options You Should Know About

Diagnostic Errors Are More Common Than You Think