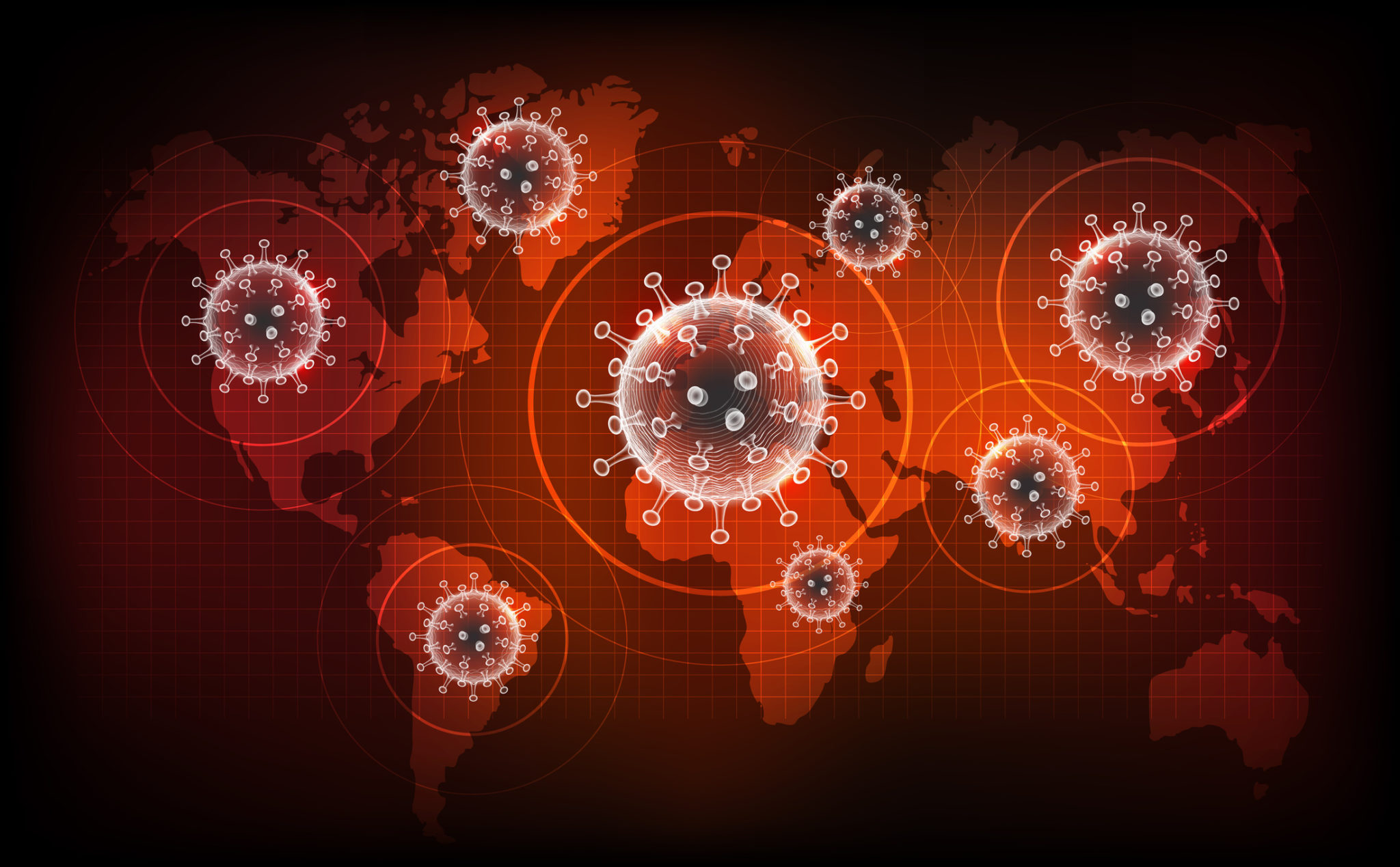 We are living through different phases of a global disaster as the COVID-19 pandemic continues to wreak havoc on the entire world. In China in late 2019, a novel coronavirus, SARS-CoV-2, jumped species and found fertile ground in the human body. That unfortunate event has multiplied exponentially into hundreds of thousands of tragic deaths since then.

Communities locked down. Businesses were shut. People stayed at home. As a result, the economy came to a screeching halt. Millions of people became unemployed overnight adding financial insecurity to the widespread fear related to the spread of the contagion.

Because this is a new virus, new diagnostic and therapeutic and options are still being developed. And there is, as of yet, no vaccine to prevent the infection. All we have are human behaviors: social isolation, social distancing, hand washing, and wearing masks.

So not only have we had to take care of individuals often extremely ill because of the infection, but we have also had to keep an eye on the collective physical and mental health of our whole population.

Although it may seem like we have had to respond to this once in a generation disaster without a clear road map, we can actually learn what may lie ahead by studying existing literature on major disasters.

The Phases of Disaster

One useful lesson is the model by Zunin and Myers for the phases of disaster. Those phases are well-described and summarized in the following figure: 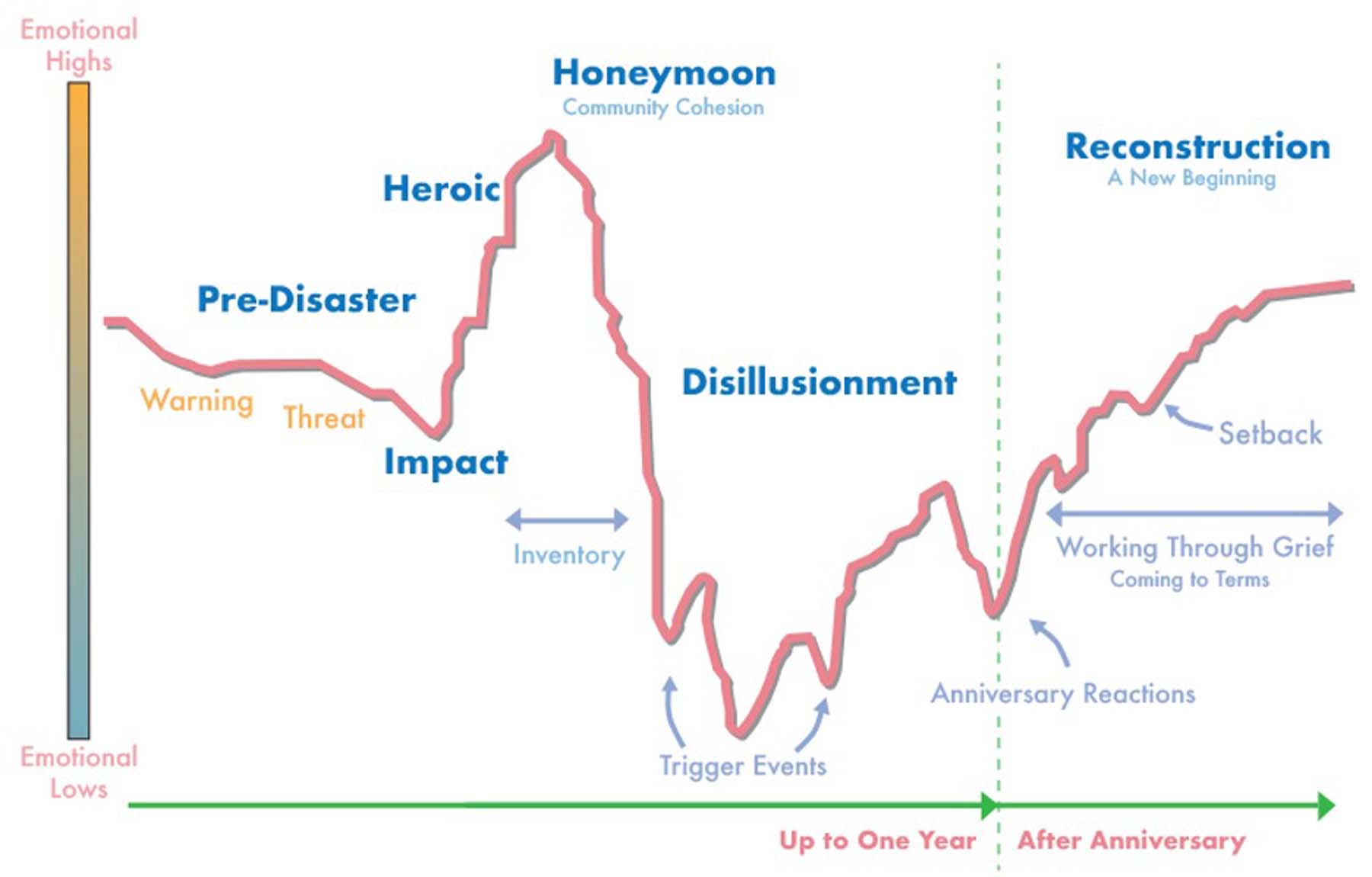 Graph Source: Graph from Samsha.gov. adapted from Zunin and Myers

Applying the Model to the Current Pandemic

The pre-disaster phase of the COVID-19 pandemic was characterized by fear and uncertainty. When the virus suddenly started killing people in the U.S., all we knew was that it had killed many people in China and that it spread very quickly. We didn’t even understand much about how it was transmitted – was it by droplets, aerosol, or touching contaminated surfaces?

Disasters with no warning, such as this one, can cause a variety of feelings of vulnerability, such as:

The duration of the pre-disaster phase varies depending on the type of disaster being experienced. It can be as short as hours, or even minutes, such as during a terrorist attack or an earthquake. Or it may be as many months-long such as occurs during hurricane season.

In the case of this pandemic, we have watched the disease move from China to Europe to the US over many months. And, we have witnessed the spread from the densely populated urban areas to less populated suburban and even rural areas as is occurring now.

According to the description of the model, disasters with a warning period, such as when the pandemic reached the U.S., “can cause guilt or self-blame for failure to heed the warnings.”

Looking back at the early days of the COVID outbreaks in our country, we can see that some of our early responses were driven by fear and uncertainty (buying large stores of toilet paper and hand sanitizer, for example).  Early on it became clear that our response to the pandemic by local, state, and national governments has been inadequate to downright disastrous in places. Our leaders have vacillated between strict measures and easing up, between forthrightness and plain denial. Individuals also have varied in their responses – some self-isolating and others partying with abandon (think Spring Break in Florida). When these actions cause harm to self or others, guilt and self-blame are likely consequences.

The impact phase is usually the shortest of all of the disaster phases. It characterized by a range of quite intense emotional reactions depending on the specifics of the disaster. The psychological effects of a slow, less threatening disaster will be different from those brought on by a rapid, more dangerous disaster.

In the case of the COVID-19 pandemic, the spread has been very rapid in some places and slower in others. And, there have been mixed messages about how dangerous it is to different populations:

The model predicts that reactions in this phase “can range from shock to overt panic. Initial confusion and disbelief typically are followed by a focus on self-preservation and family protection. We’ve certainly seen a lot of that across the country as the cases mounted and many people sheltered in place even before such measures were announced.

We watched in awe as many people stepped forward, risking their lives, to honor their professions. This includes people who take care of critically ill hospitalized patients as well as patients in nursing homes (nurses, doctors, support staff, EMTs)

It also includes people whose work allowed the rest of us to stay at home. People who work in grocery stores, pharmacies, drive buses, and those who keep us safe (police, firefighters). All of these people. at various times, been honored as heroes of the pandemic.

We also witnessed many folks volunteering to help in any way that they can. For example, delivering groceries to elderly people. Donations also started pilling up. Here the model foretold: a sense of altruism, and many community members exhibit adrenaline-induced rescue behavior. As a result, risk assessment may be impaired.

This is the phase of community cohesion. Here the model says: dramatic shift in emotion. During the honeymoon phase, disaster assistance is readily available. Community bonding occurs. Optimism exists that everything will return to normal quickly. Again, we’ve seen this occur in many communities. Also, we have witnessed it, at times, in the rush to re-open social distancing before all conditions are in place (e.g., testing, effective treatment, capacity, and contact tracing).

So, if the model has been good at looking at the recent past, what does it say about the phases still to come? Here we have a warning sign as the next phase is the one marked by disillusionment.

The model warns of stark contrast to the honeymoon phase as “optimism turns to discouragement and stress continues to take a toll, negative reactions, such as physical exhaustion or substance use, may begin to surface. The increasing gap between need and assistance leads to feelings of abandonment.” It is possible that many communities in America – and around the world – are entering this phase right now.

What We Must Do

As a psychiatrist, I want to share this with healthcare workers in general and other mental health workers, in particular. This is so that we remain vigilant and work together to support society, communities, and individuals during this time when hope for an early return to normal fades.

We must remain vigilant to help others as they lose faith. Each of us must look to our inner sources of strength and our outer sources of support to stay present for each other. We need to continue increasing the offerings of mental health support and expand its definition to be more inclusive to all working towards the greater good.

Now more than ever, mental health workers should use the tools of positive psychiatry, positive psychotherapy, and positive psychology, to support each other and the communities in need across the globe. It’s important that we work to foster a sense of community cohesion and avoid the danger of social collapse and despair.

Related:
Positive Psychiatry: What Is It and Why Do We Need It?
Prioritizing Healthcare Workers’ Mental Health During COVID-19

Why is it important, and vital, to fight disillusionment at this moment?

Because we need to be prepared for the last phase: reconstruction.

We will have a lot to rebuild in America and this is yet another change to make things better and address injustice.

The model actually describes it beautifully: “Individuals and communities begin to assume responsibility for rebuilding their lives, and people adjust to a new “normal” while continuing to grieve losses.”

We must keep in mind the future and the opportunities to build a more equitable and prepared society for all. Learning the errors of the past, being here, and facing the challenges of the present, we should be offered another chance to build a new and better future after the storm. 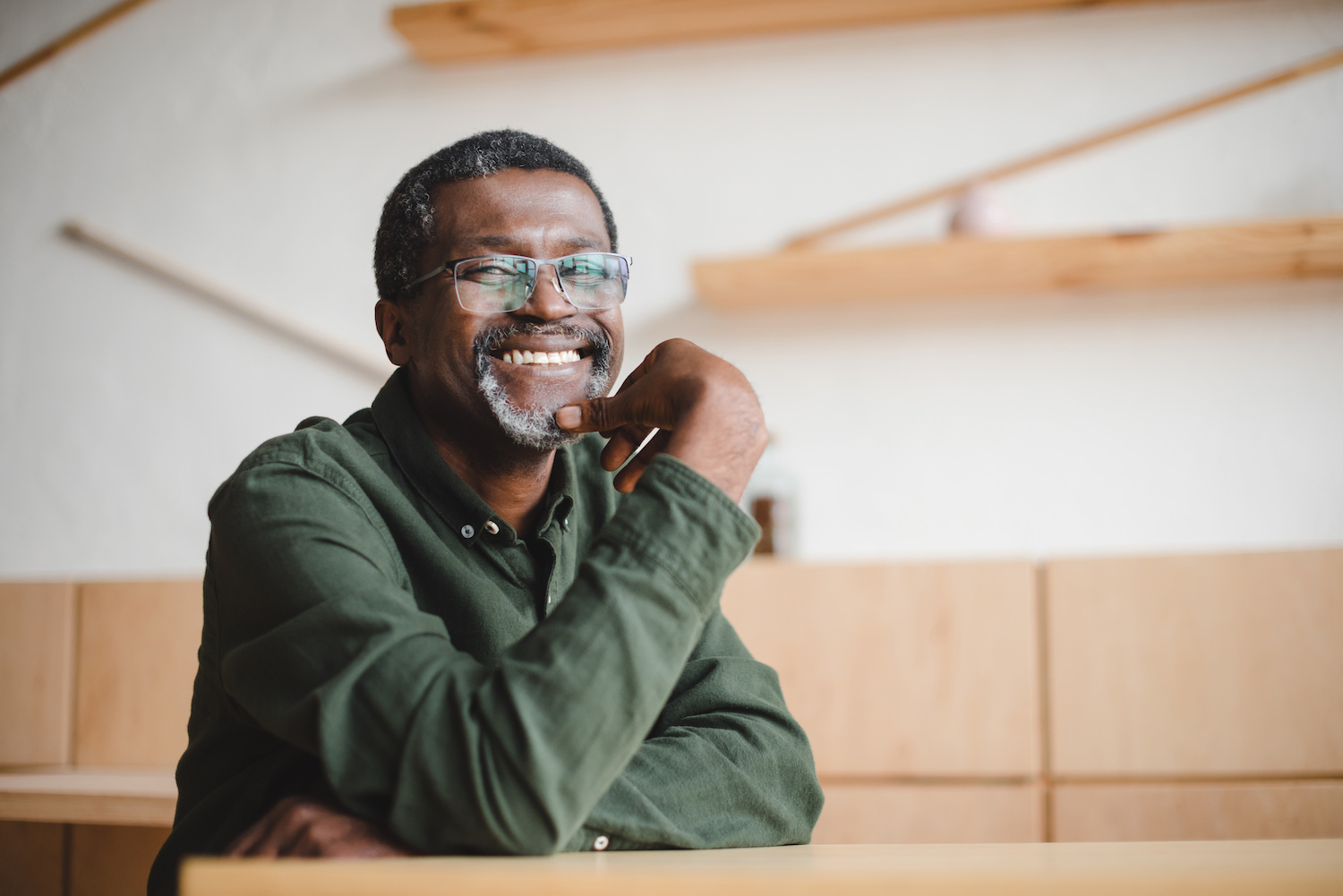 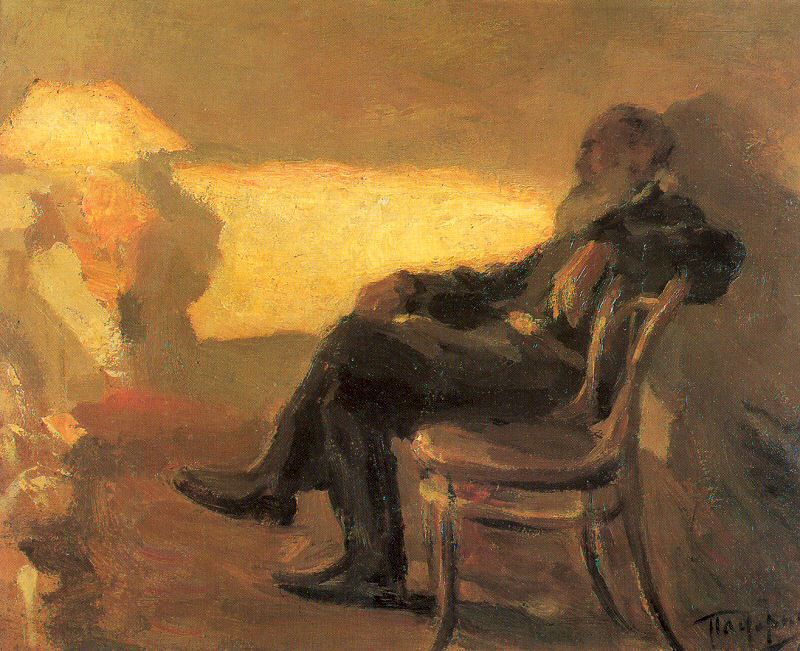