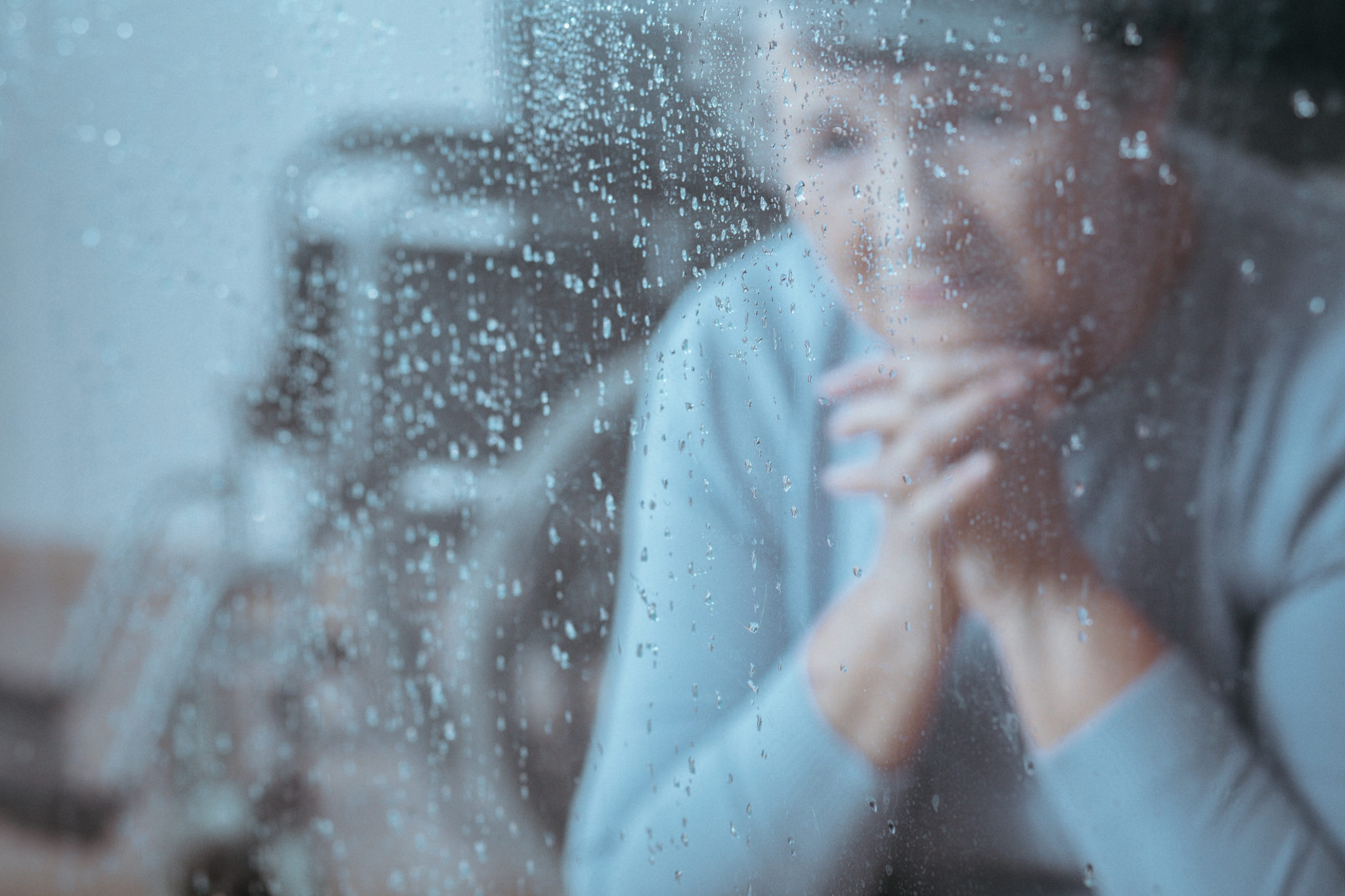 Parkinson’s Disease is a chronic, progressive neurologic disorder in which there is a loss of neurons and depletion of the neurotransmitter, dopamine, in an area of the brain known as the basal ganglia. The pathophysiology of functional brain changes is complex and the etiology (cause) of the neuronal degeneration is unknown in many cases.

Parkinson’s is relatively common in older adults currently affecting approximately 10 million people worldwide. Unless we find a cure through genetic editing or stem cells, neurodegenerative disorders, like Parkinson’s disease, will double in my lifetime as a physician as our U.S. population continues to age.

People are usually aware of Parkinson’s motor symptoms such as slowness, tremor, and stiffness, but since Parkinson’s involves many parts of the brain, it should not be surprising to learn that PD symptoms go well beyond the “motor”.

The non-motor symptoms of Parkinson’s

“Thank you for asking, doctor, his tremor is about the same. Honestly, though, it’s not the tremor that’s difficult, it is all of the other issues.”

This quote, from the spouse of one of my patients living with Parkinson’s disease (PD) makes the point that PD is more than a movement disorder. In my practice, we use the mnemonic “SWAPES” to remind ourselves of all the non-motor physical manifestations of Parkinson’s. As highlighted by the quote, the “non-motor symptoms” of PD may be the most disabling of all of the symptoms related to the disease.

“A” stands for autonomic changes. A patient with PD can have slow heart rate called bradycardia, its opposite tachycardia, and very often orthostatic hypotension referring to drops in blood pressure, which can result in falls.

“P” is referring to psychiatric symptoms. PD can induce disabling anxiety that makes it difficult to function at work and at home. At times, people with PD develop dementia or depression as well. Even worse, more than half of all people living with PD will experience imperceptions, such as hallucinations and/or delusions, over the course of their disease.

“E” highlights the enteric symptoms, such as constipation, that very often can accompany PD.

“S” is for sensory changes that can happen. PD patients can lose their sense of smell and can lose a partial sense of touch, especially in fingers and toes.

I have had PD patients that are bankers, teachers, clinicians, and, of course, spouses and parents, all of whom aspire to live active and engaged lives. These nonmotor symptoms not only interfere with daily activities, but they can also drive patients into hospitals and into nursing homes.

As their physician, it’s my charge to not only look for and treat these non-motor SWAPES symptoms but also to be very certain that we do NOT worsen those symptoms with medications used to treat the various symptoms. Unfortunately, many medications, particularly psychiatric medications, can be fraught with adverse events such as constipation, sedation, drops in blood pressure, and even changes in heart rate.

The onset of hallucinations and delusions associated with Parkinson’s disease often catch patients and their supporting loved ones off guard. In fact, many families do not even realize that these symptoms, which still carry a societal stigma, are part of PD. As I treat my PD patients, I try to alert them and their loved ones that hallucinations and delusions are common and can be addressed provided that we (clinicians) are alerted to them happening.

Hallucinations in Parkinson’s disease are often visual and, sometimes, the person with PD won’t find them bothersome. Often, my patients will see small animals (cats, insects, or rodents), groups of children, or deceased loved ones where they shouldn’t be. Some patients have enough insight to recognize that what they may be seeing isn’t there and can be re-directed when someone says, “No dear, there aren’t any spiders on the floor.” However, as the hallucinations become more frequent and persistent, they can be very vexing and stressful to patients. Though less common, people with PD may experience auditory hallucinations (e.g., hear music in another room), feel something touch them when nothing is there, or even have the idea that there is a “presence” nearby.

Delusions are less common than hallucinations, but likely more bothersome. They are often paranoid. For example, in my practice, I’ve heard a husband accuse his wife of 50 years of having an affair despite the fact that she takes care of him nearly 24 hours a day, seven days a week. Other common delusions include accusations of theft or concerns about conspiracy.

Studies show that the onset of hallucinations and delusions associated with Parkinson’s disease lead to increased nursing home placement as well as higher risk for mortality. It is very challenging for caregivers (often spouses) to manage their loved one when they cannot be convinced that what they are seeing and believing isn’t real. It’s frustrating and taxing for both the people with PD and their loved ones.

Prior to mid-2016, physicians prescribed dopamine-lowering antipsychotics such quetiapine, clozapine, or risperidone “off-label” (not FDA approved) to try to treat Parkinson’s psychosis. Not surprisingly, this often led to a worsening of the motor and non-motor symptoms in PD patients who already have a dopamine deficiency in their brains.

In May 2016, a new treatment, pimavanserin (Nuplazid), for Parkinson’s hallucinations and delusions became available. Unlike the older antipsychotics, this drug targets the neurotransmitter serotonin (5HT) instead of dopamine.

FDA approval of the drug was based largely on a smallish (199 patient); short (6 weeks); well-designed (randomized, double-blind, placebo-controlled) phase 3 clinical trial that was paid for by the manufacturer of the drug, ACADIA Pharmaceuticals.

In that study, published in the Lancet, Nuplazid reduced hallucinations and delusions as measured by a 9-point Scale for the Assessment of Positive Symptoms (SAPS-PD) by 5·79 points compared with a reduction of 2·73 for the placebo group. Ten patients in the pimavanserin group discontinued the drug because of an adverse event (four due to psychotic disorder or hallucination within 10 days of the start of the study drug) compared with two in the placebo group. Overall, pimavanserin was well tolerated with no significant safety concerns or worsening of motor function, which is an important aspect to those living with and being treated for Parkinson’s disease.

According to a poster presentation at the June 2015 International Congress of Parkinson’s Disease and Movement Disorders, analysis of a pooled sample of 268 patients from North America, Nuplazid showed “highly significant improvement in psychosis compared to placebo on the 9-item SAPS-PD scale (p<0.001).” It also “demonstrated significant improvement on each of the separate hallucinations and delusions domains and also on secondary psychoses measures, including the Clinical Global Impression-Improvement (CGI-I) and the Clinical Global Impression-Severity (CGI-S) scales” [as well as] “significant improvement in nighttime sleep, daytime wakefulness and caregiver burden, representing additional potential clinically impactful benefits.” Another abstract cited in the poster concluded the drug was “well tolerated and had no impairment of motor function.”

It is important to note that the drug’s prescription insert (like all other atypical antipsychotics) carries a black box warning that “elderly patients with dementia-related psychosis treated with antipsychotic drugs are at an increased risk of death.” Phase IV post-marketing studies will be critical to determine if this applies to Nuplazid in particular.

A new drug in the Parkinson’s treatment armamentarium

Although Parkinson’s disease can be devastating, the good news is that in addition to the drugs to treat motor symptoms, we now have a good treatment option for the hallucinations and delusions that can accompany this disease state. In my opinion, going forward, patients with delusions or hallucinations associated with Parkinson’s disease whose symptoms are severe enough to require treatment should preferentially be treated with pimavanserin assuming nonpharmacological interventions have failed and there is no allergy to the drug. If you or a loved one live with Parkinson’s, there is a high chance that you could have accompanying psychiatric symptoms. This is commonly anxiety, but also includes depression, and sometimes psychosis.

Disclaimer: Dr. Kellogg is a consultant on the advisory board to ACADIA Pharmaceuticals which manufactures Nuplazid.

Jason Kellogg, MD is the Chief of Staff at Newport Bay Hospital (a geriatric hospital) in Orange County, CA. Previously, he served two terms as the Chairman of the Department of Neurology and Psychiatry at Hoag Hospital in Newport Beach, California where he was awarded Physician of the Year. Dr. Kellogg is the founder of the Progeny Psychiatric Group, in Irvine and Long Beach, CA. Dr. Kellogg is a consultant on the advisory board to ACADIA Pharmaceuticals, a speaker for Neurocrine Biosciences and Alkermes, and a research investigator for Otsuka Pharmaceutical.