Is ‘No Pain, No Gain’ Good or Bad When It Comes to Exercise? 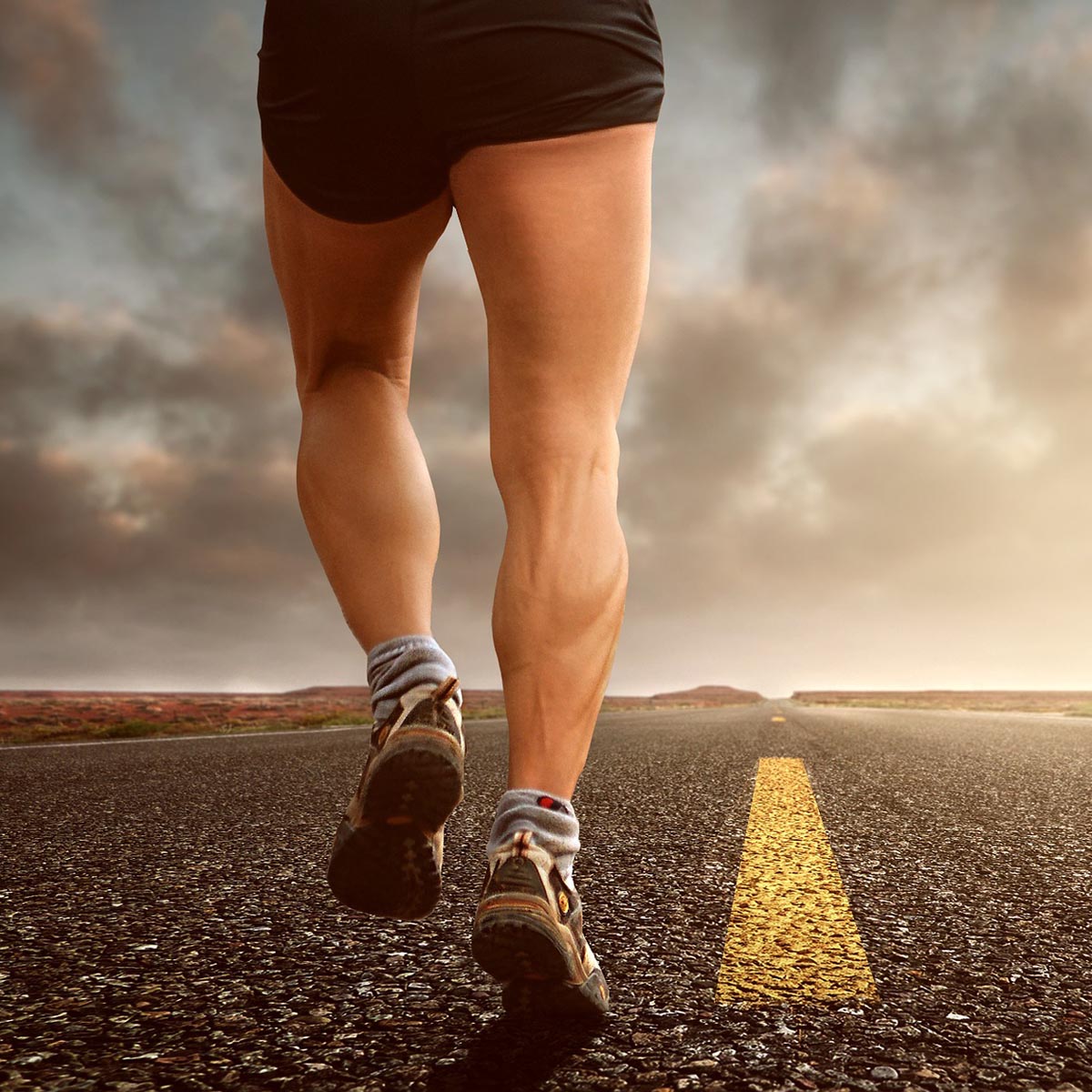 I doubt anyone would argue with me if I were to say that exercise is one of the most beneficial things you can do to improve your overall quality of life. Not only does it give you more energy and a stronger, healthier body, it also helps with your mental state.

Together, these positive influences can go a long way in affecting other aspects of your life, such as your social interactions. To put it simply, there’s an abundance of reasons why you should start exercising if you’re not already, and really, there’s no reason not to.

Now that we’ve got that established, it’s important to understand the risks of exercise.  More specifically, the significant risk of a specific phrase which we’ve all heard before, and that is, ‘no pain, no gain.’

Although it’s not inherently wrong—in fact, it has an element of truth to it—the issue with this statement is that most people, especially those starting out in fitness, don’t really know what the ‘pain’ part is referring to.

Surely, pain is a bad thing? We’ve lived our whole lives avoiding it! Well, yes and no; to an extent, this line of thinking is actually correct and the very reason I dislike the expression, ‘no pain, no gain’— it’s vague.

Some discomfort is part and parcel of a good workout. The body is an efficient machine.  So if we didn’t place any stress on the muscles, they wouldn’t grow.   Sol, why waste energy building something up which isn’t needed? There would be neither weight loss nor strength gain. So feeling mild discomfort when exercising is exactly what we want and could be termed ‘good pain’.

In order to contract the muscles, the body, of course, needs energy. This is generated via the breakdown of glucose (a sugar molecule) in a process which, under normal conditions, requires oxygen and is hence termed aerobic respiration.

However, during particularly intensive bouts of exercise, there may be insufficient amounts of oxygen for the increased energy requirements of the body, and so an alternate method is utilised—anaerobic respiration.

While this pathway does indeed provide you with the necessary energy for those last few reps or that last half mile, it also results in an uncomfortable buildup of lactic acid. It’s the cause of what people mean when they talk about how you should ‘feel the burn’ when working out.

Fortunately, the discomfort caused by lactic acid build-up is short-lived and should usually go away soon after finishing your exercise, when the body goes back to using oxygen to break down glucose.

Better still is the fact that the more you exercise, the more efficient your lactic acid clearance will get. In other words, as you get fitter, your lactate threshold (essentially the point beyond which lactic acid begins to build up) will also increase.   The burning sensation will begin much later on in your exercise. When it does occur, you’ll also be able to withstand it for longer.

So that’s ‘good pain’ during the workout itself. But what about the ache you sometimes feel in your muscles a day or two after a session? Usually, that’s also fine.

This pain, known as delayed onset muscle soreness (DOMS), will generally happen to you for one of two reasons. First, you’ve recently started exercising again after a long period of inactivity, or second, you’ve incorporated a new activity into your routine. DOMS comes about as a result of numerous microscopic tears in the muscles which occur during the eccentric (lengthening) portion of an exercise, such as running downhill or crouching down for a squat.

Fortunately, the DOMS should ease off over the next few days, but to speed up the process, you should go ahead and do some light exercise, such as taking a walk or going for a swim. It’s important that it is just light exercise, though. Anything more intense could lead to further damage in the muscles, prolonging the soreness, and in extreme scenarios can even lead to permanent muscular damage. Don’t worry, though, this is very rare.

Without fail, this ‘good pain’ can quickly take a nasty turn if you’re not careful. Drs Edward McFarland and Andrew Cosgarea of Johns Hopkins Medicine say ‘bad pain’ occurs when the muscles, tendons, ligaments, cartilage, or bones in the body are exposed to excessive amounts of stress.

In some cases, these stresses might happen during a short period, such as a single workout. For example, trying to lift too much weight with the incorrect form might leave you with an aching back for days, weeks, months, or even years. Trust me, I’ve been there.

In other cases, the excess strain placed on the body is a result of an accumulation of stresses over time, i.e. exercising over and over again without giving your body time to recuperate. Despite what many gym enthusiasts swear by, overtraining does exist and can have some serious physiological and even psychological repercussions.

Related Content: Pain in the Hamstring? Here’s What You Need to Know

How to Recognise and Avoid Bad Pain?

Unfortunately, there really isn’t a single, sure-fire way to confirm whether what you’re feeling is ‘good pain’ or something more serious.

Training regularly will help you learn about your body and enable you to distinguish real injury from harmless, short-term discomfort. That doesn’t really help you if you’re just starting out though.

So, for beginners, it’s recommended to start out slowly and gradually increase the intensity of the exercises as you progress. A good rule of thumb is that a slight burn that goes away a while after the muscles stop working is probably perfectly fine. A lingering ache is a sign that you’ve overdone it and you should immediately stop what you’re doing to prevent worsening the injury.

Another thing to bear in mind is that ‘good pain’ should never affect your joints. If you’re jogging, for example, and feel pain in your knees, don’t push through it. It’s better to cut your run short and be fit enough to run again the next day rather than to keep running and spend the next two weeks healing.

Luckily, most injuries arising from exercise aren’t severe and should heal fully without the use of any special methods. The first and most important thing to do is cut back on the exercise for a while.

Depending on the severity of the injury, this could simply mean decreasing the intensity or even stopping altogether. Note that this doesn’t mean you should resign yourself to the way of the couch potato for the next few days.

On the contrary, keeping the blood flowing to an injury by moving and stretching it helps speed up the healing process. In the case of a hurt joint, movement prevents it from stiffening up.

Another thing you could do is apply ice—for how long and how often depends on the injury. However, about 15 minutes repeated every hour for a day or so is common practice. With all that said, these are just loose guidelines and tips. It’s vital that you seek out professional help if you feel like what you’re experiencing isn’t normal. There’s no substitute for a professional’s advice.

Related Article:  5 Natural Ways to Speed Up Muscle Recovery After a Workout

Ultimately, ‘good’ and ‘bad’ pain are two sides of the same coin. Differentiating between them, however, can be easier said than done.

My advice to you, at the risk of sounding cliché, is to remember that exercise isn’t a competition. It is a way for you to get healthier and happier with your life. Don’t fall victim to your ego and keep pressing on with an exercise that’s causing you pain.

The reason you’re exercising in the first place is to get healthier, after all. If you’re suffering; stop, rest, and start again on another day. Eventually, you’ll learn what your body can handle and how to avoid hurting yourself, but this takes time, so meanwhile take it slow, don’t rush it, and just enjoy yourself!

Eric Ellul Falzon is a certified medical laboratory scientist currently working as a freelance medical and healthcare writer. Having developed a passion for medicine at an early age, his goal now is to share the beauty of it with his readers, regardless of their professional background. When he's not working, Eric enjoys exercising, going for hikes by the sea, or just staying in and watching funny videos on YouTube with a nice cup of tea.