No Child Should Ever Die from Elective Dental Anesthesia Caleb Sears was a healthy 6-year-old boy who was looking forward to ice cream treats after his elective dental surgery. Before his dental extraction, Caleb’s parents were told that, despite being generally safe, intravenous anesthesia has a risk of serious complications, including brain damage and death. What they weren’t told was that anesthesia standards of practice vary in different settings. And, most importantly, that the risk goes up substantially when the oral surgeon is responsible for monitoring the effects of anesthesia at the same time that he is doing the operation.

To ensure the safety of children before, during, and after sedation for diagnostic and therapeutic procedures, the American Academy of Pediatrics (AAP) and the American Academy of Pediatric Dentistry (AAPD) guidelines state that there must be a clinician present other than the practitioner whose sole responsibility is to monitor the patient’s vital signs:

“The use of moderate sedation shall include the provision of a person, in addition to the practitioner, whose responsibility is to monitor appropriate physiologic parameters and to assist in any supportive or resuscitation measures, if required…

During deep sedation, there must be 1 person whose only responsibility is to constantly observe the patient’s vital signs, airway patency, and adequacy of ventilation and to either administer drugs or direct their administration.” The risks of not doing so may be serious injury or even death. The lack of an anesthesia-trained clinician, who is tasked with this responsibility, is tragically evidenced in the death of Caleb Sears, a child who received general anesthesia for a routine tooth extraction.

Caleb stopped breathing after receiving several different kinds of IV anesthetics, including the general anesthetic propofol and commonly used adjuncts of midazolam and fentanyl. The surgeon had to stop the surgical procedure and attend to the life-saving task of rescuing Caleb by administering 100% oxygen by mask, although, unsuccessfully. He then tried to place a breathing tube into Caleb’s trachea but was again unsuccessful. Precious minutes passed before the paramedics arrived at the oral surgeon’s office. Caleb was transported to the hospital, but too late. His brain had been without oxygen for too long and Caleb died. He was six years old.

Determined that no other family should have to experience the devastation of losing a child due to dental anesthesia where the surgeon and the anesthesia provider are one in the same, Caleb’s family took the issue to the California Legislature. The result was Bill AB2235 (referred to as Caleb’s Law). The original proposed language of the bill would have required

“all oral surgeons and dentists performing heavy sedation or general anesthesia on minors in California have a licensed anesthesiologist or certified registered nurse anesthetist present during the procedure, whose sole role is to monitor the patient.”

This is consistent with the AAP/AAPD guidelines discussed above.

However, as often happens during the legislative process, the final language of the bill was watered down. According to the Mercury News, the California Dental Association (the lobby for dentists and oral surgeons) opposed Bill AB2235. In response to this legislative effort in support of patient safety, Alicia Malaby, spokeswoman for the California Dental Association, wrote in an email,

“There is no evidence that dental anesthesia under this model of care [operator-anesthesia] carries a greater risk than dental care with a second anesthesiologist present.”

In its current form, AB2235 requires the Dental Board of California to collect, study, and share data about deaths and injuries from dental anesthesia. Surprisingly, the reporting of adverse events due to dental anesthesia is woefully inadequate, not just in California, but nationwide. This is unconscionable as we have known for decades that systematically collected, high-quality data is an essential element of patient safety in healthcare. More astonishing is that regulatory agencies need data to prove that a practitioner trying to do two complex and risky procedures at the same time jeopardizes children’s safety. Drivers shouldn’t drive and text at the same time, so how can a dentist do dentistry and provide general anesthesia simultaneously?

The bill also requires dentists to inform parents or guardians that there are different ways of practicing anesthesia. And, depending on the patient’s age and health, the type of practitioner and their training, and the setting in which the anesthesia is required, the risks vary. It also encourages parents to explore all available options for their child and to consult with their dentist or pediatrician as needed about the anesthesia choices. It does not explicitly require disclosure of whether the operating dentist (or oral surgeon) and anesthesia provider are one and the same person.

The safety of general anesthetics in the outpatient settings

The deaths of Michael Jackson and more recently Prince have made the general public aware of the dangers of drugs like fentanyl and propofol—both of which depress respiratory drive. But there is an assumption that if those drugs are administered in a medical or dental setting appropriate precautions and safeguards are being followed.

The danger of propofol is so well known that the Federal Drug Administration (FDA) has the following warning on its label:

“For general anesthesia or monitored anesthesia care (MAC) sedation, DIPRIVAN Injectable Emulsion [the brand name of propofol] should be administered only by persons trained in the administration of general anesthesia and not involved in the conduct of the surgical/diagnostic procedure [the emphasis is ours].”

When the American College of Gastroenterology (ACG), representing physicians who commonly employ an operator-anesthesia provider technique, petitioned to have the warning removed in 2005, the FDA reviewed the scientific and medical literature that had been submitted to support the request and denied the petition. They concluded the warning label was justified, stating,

“…the person administering propofol should not be otherwise involved in the conduct of the procedure…because adverse events associated with propofol can occur suddenly and must be addressed immediately.”

Continuous monitoring is difficult if not impossible to accomplish when the operator is immersed in performing the procedure, whether it is endoscopy, dentistry, or oral surgery.

Why object to improving patient safety?

Given what we know about general anesthesia with propofol, why wouldn’t the Dental Board of California (and Dental Boards everywhere)—or even the American Dental Association—jump at the chance to mandate that their members comply with recommendations consistent with these guidelines?

Perhaps, they believe that deaths due to dental anesthesia are relatively rare—although they can’t possibly know to what extent, given the current paucity of reporting data and lax regulations. Perhaps, there is resistance to change in an otherwise unregulated and profitable area of practice. And, maybe there is a reluctance to invite another licensed clinician into the somewhat isolated private practice settings of dentistry and oral surgery. The more important question, however, is why death due to pediatric dental anesthesia is not considered a “never event”—a tragic outcome that may be minimized or even eliminated when known preventive measures are implemented. Simply stated, we believe that no child should ever die of elective dental anesthesia.

If the clinician does not answer those questions to your satisfaction, find another place to get the procedure done—your child’s life might depend on it.

Update: On September 23, 2016, Caleb’s Law was signed into law by Governor Brown. The law requires dentists administering general anesthesia to inform parents of the risks of operating and providing anesthesia simultaneously. The law also required the Dental Board of California to make a study of adverse outcomes and to review safety measures and make recommendations to reduce the potential for injury. We were unable to get a more powerful bill passed because of the opposition of the dental lobby. However, this week, rather to our surprise, the Dental Board of California met and recommended that all children under age 7 have a separate pediatric anesthesiologist when sedation is necessary. Since there were at least four pediatric deaths in 2015 we believe this law will save lives. Caleb would be pleased. Thanks to Annie Kaplan for leading this fight.

Annie Kaplan, MD (L) is Caleb Sears' aunt and a physician. She has been advocating on behalf of her family to make pediatric dental anesthesia safer both through change in practice and through public education. She has been instrumental in the crafting of Caleb's Law.

Michael Wong, JD (M) is the driving force behind the Physician-Patient Alliance for Health & Safety (PPAHS), an advocacy group of physicians, patient advocates, and healthcare organizations.

Patricia Salber, MD, MBA (R) is an internist, emergency physician, and Editor-in-Chief of The Doctor Weighs In. She is also a media advisor to PPAHS. 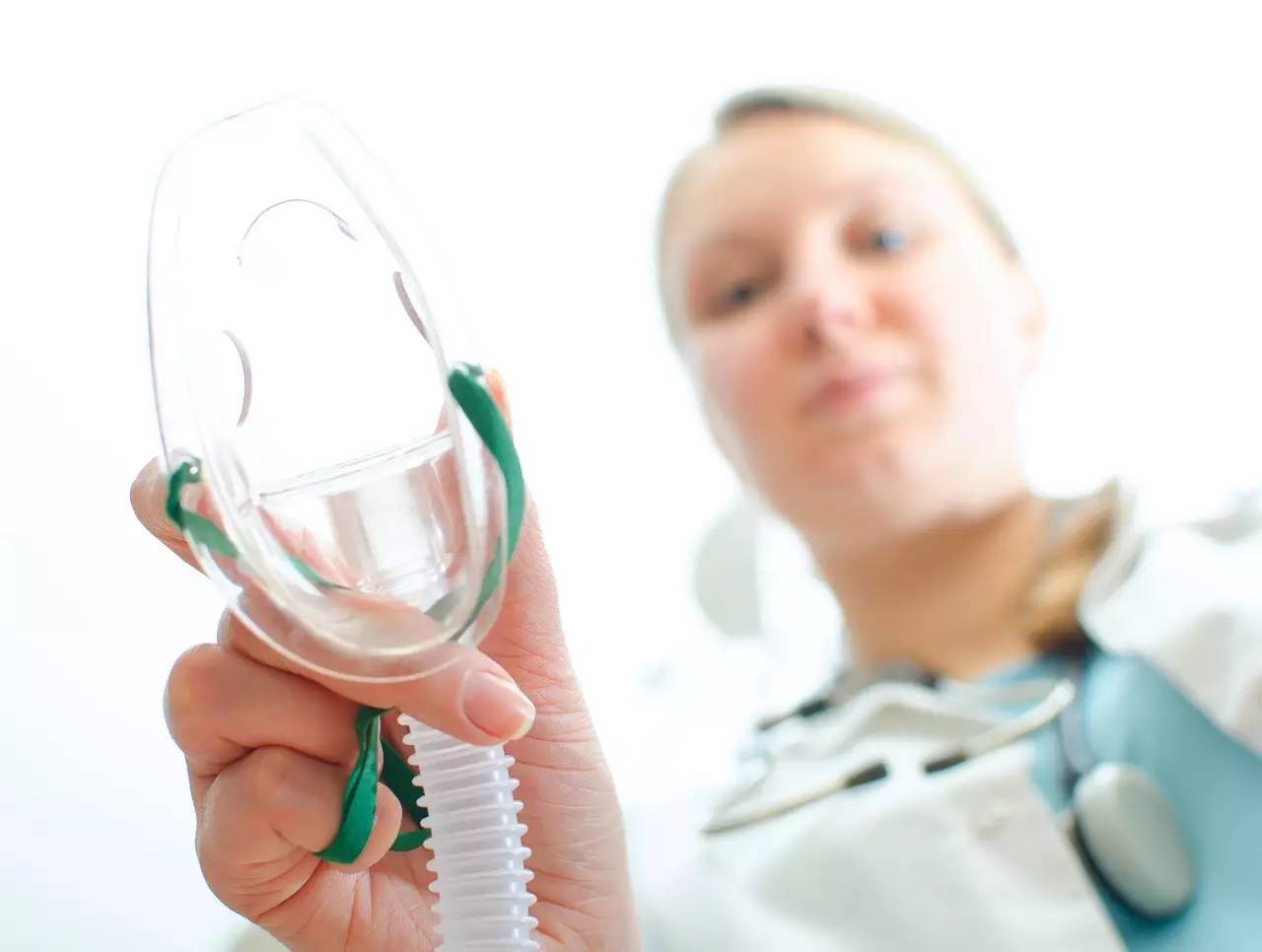 Why Have Low Safety Standards for Dental Anesthesia?