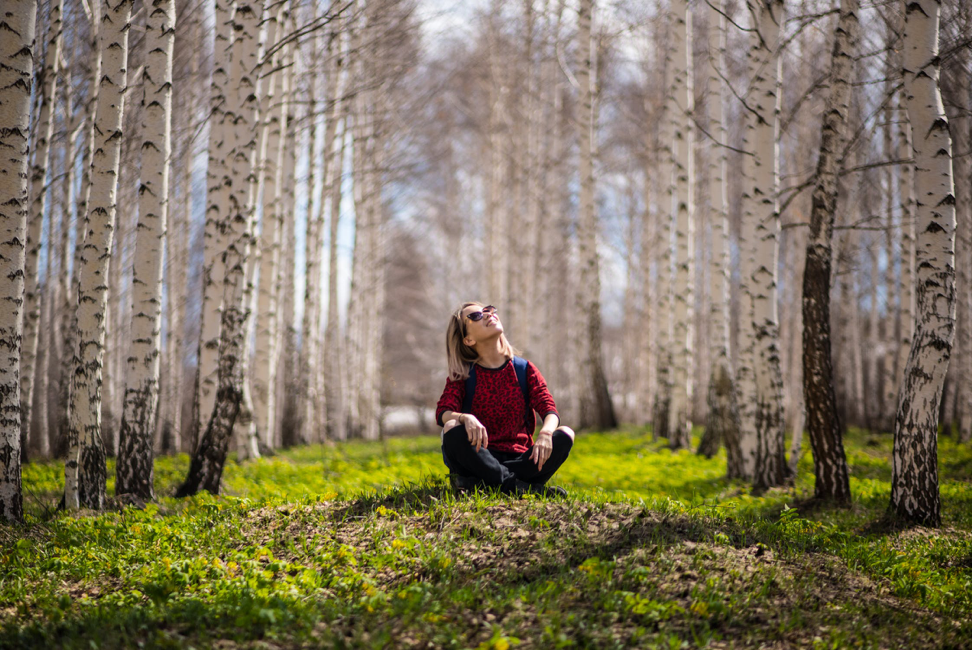 But here we are. In a day and age where technology rules almost every aspect of our lives, adults and children alike are spending less and less time with nature and more time under the spell of blue light emitted from every device under the sun (or, quite frankly, not under the sun).

Things have gotten so bad that the term Nature Deficit Disorder has been applied to what we experience when we are lacking enough contact with mother earth. Though not a term you’ll find in the DSM-5 (Diagnostic and Statistical Manual of Mental Disorders) yet, many scientists believe that it will be soon.

What exactly is Nature Deficit Disorder?

In 2005, author Richard Louv coined the phrase in his best selling book, “Last Child in the Woods: Saving Our Children from Nature-Deficit Disorder.” As you’ll find on Wikipedia, Nature Deficit Order is the belief that people, especially children, are spending so little time with nature that it is acutely affecting their behavior in negative ways making them unable them to achieve a peaceful mind and happiness.

It’s not meant to be a medical diagnosis (yet). Instead, Richard Louv has said that the term should

“encompass a description of the human costs of alienation from the natural world”.

Framing the problem in this way forces us to look at the fact that we and our children are suffering because of our lack of exposure to nature.

Is it because of the smartphones parents are handing out like candy these days?  Or is it due to extended workday hours confined to small office cubicles? Perhaps these and more?

Louv suggests that there are many contributing factors including, but not limited to:

We have become so reliant on technology for our day to day endeavors that nature has become a luxury. It is something we have to schedule in on the weekends IF we’re lucky enough to have the time.

Robert Louv says yes. And there are many scientists and studies to back him up.  The Children And Nature Network states that:

Research also suggests that the nature-deficit weakens ecological literacy and stewardship of the natural world. These problems are linked more broadly to what health care experts call the ‘epidemic of inactivity,’ and to a devaluing of independent play.”

Children and adults are taking ADHD medications at an alarmingly high rate. In addition, behavioral problems in schools have sky-rocketed over the past couple of decades.

Psychiatric News published an article last year questioning why the use of antidepressants, especially in our youth, is soaring. This is because most of us think that we can’t overcome depression without medication. But nothing could be more wrong than that!

Though we seemingly have everything, we are missing the very thing that feeds our bodies and souls as nothing else can. That thing is Nature.

How do I know if I have Nature Deficit Disorder?

While this disorder undeniably seems like a grim issue, the first step in treating it is being able to realize if you’re struggling with it.

To identify whether you are struggling with this very real and widespread disorder, take a look at these telltale signs:

If you are constantly indoors and find yourself moving from one indoor space to the other without taking time to be outside in nature, you may be nature deficient. Whether in adults or children, this can happen because of a lack of appreciation, understanding, or connection with the natural world.

For example, you might find yourself feeling unwell on more days than not. You can’t put your finger on it, you just don’t feel right. Your doctor wasn’t able to find anything wrong. But you notice you feel better after a walk in the woods.

Parents of children who are nature-deficient may have made multiple trips to their pediatrician trying to pinpoint what is causing their unwell feelings. Blood tests come back negative and medications don’t help. Perhaps they just need to spend more time in nature.

3. Loss of interest in things and activities outside of electronics

This telltale sign is often easy to pinpoint in children who would rather be playing Fortnite than hide-and-seek outside. But can you spot it in yourself?

These types of behaviors can point to a decreased interest in nature, a hallmark of Nature Deficit Disorder.

What can we do overcome Nature Deficit Disorder?

The only way to overcome Nature Deficit Disorder is to spend more time outside. Literally.

Psychology Today outlines studies and programs that have been aimed over the past few years at helping people overcome this bleak disorder. They all have the same things in common:

An outstanding example of the national push to reconnect with nature is the Children and Nature Network’s campaign. They have already implemented over 50 regional and statewide initiatives to move people back outdoors.

Organizations such as the National Wildlife Foundation, Trust for Public Land and the Conservation Fund are also working to help every state support environmental education in the hopes that we will get ourselves and our children back outdoors.

Though we have a long way to go, every little step counts. Foregoing a movie in place of a hike, replacing screen time with time spent on a bench swing or walk outside. All of these things will help move you in the right direction.

Our Future is Bright

The great thing about being a human is the ability to identify that something is wrong, figure out what it is, and then fix it. If you find that you are indeed struggling with Nature Deficit Disorder, don’t wallow. Of all the things that can be detrimental to your health, this may possibly be the easiest to fix.

With a few easy lifestyle changes, you can create more time to spend with nature. And once you do, you will feel its positive effects pretty immediately.

In Louv’s later book, “The Nature Principle: Reconnecting with Life in a Virtual Age,” he asked perhaps one of the most important questions of our time,

“What could our lives and our children’s lives be like if our days and nights were as immersed in nature as they are in technology?”

There’s no time like the present to find out.

Sarah Williams is a lifestyle writer specializing in encouraging people to take care of themselves and feel better in their own skin.

You can read her thoughts about health, self-development, and relationships at Wingman Magazine.

She likely wrote this post from a hammock in her garden or somewhere around the world.