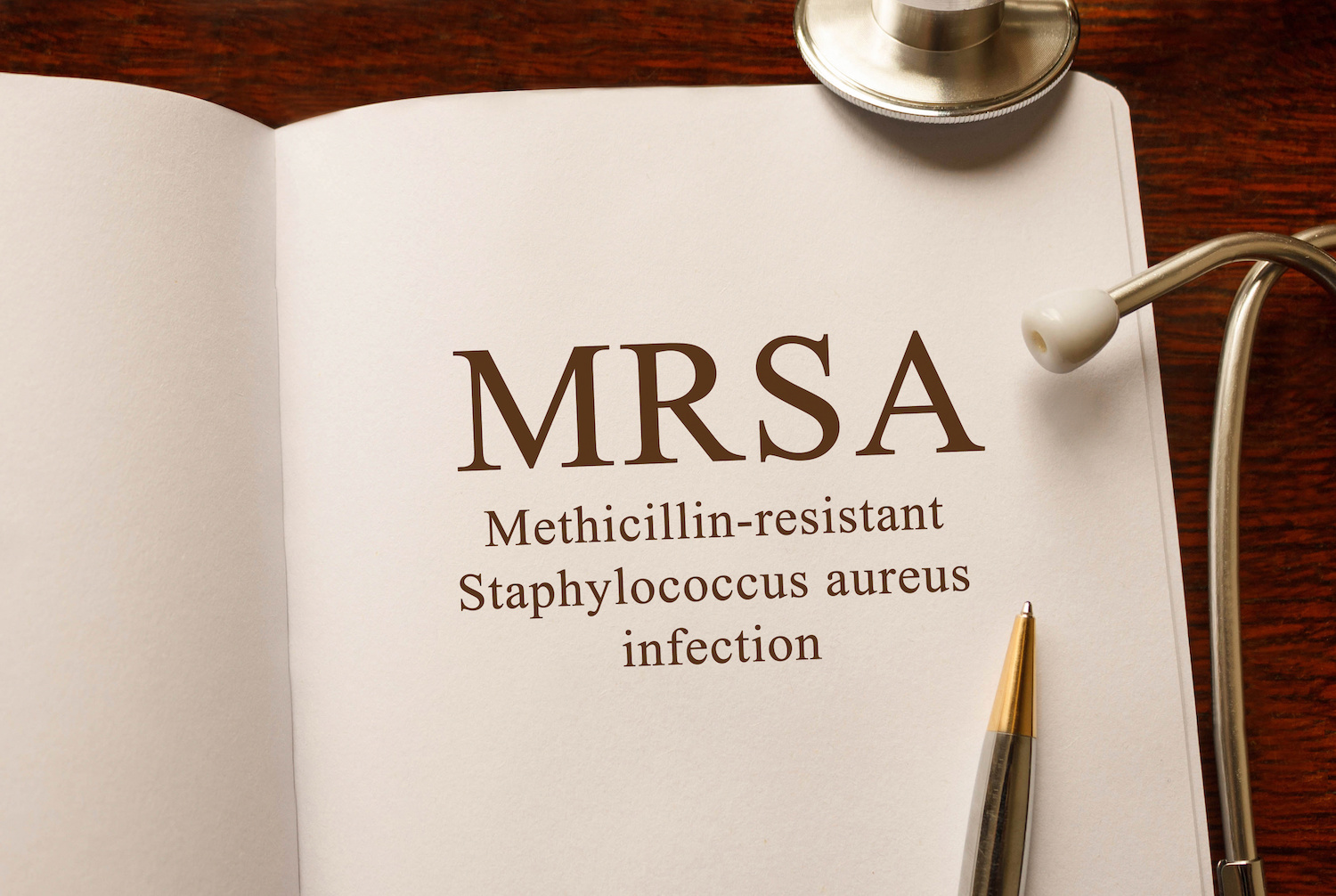 MRSA stands for methicillin-resistant Staphylococcus aureus (usually shortened to Staph aureus). It is a bacterium that is resistant to many commonly used antibiotics, including methicillin.

Staph aureus was discovered in the 1880s. It was known to cause infections, including blood poisoning, and surgical deaths. When the antibiotic penicillin came into use in the 1940s, effective treatment for Staph infections became possible for the first time.

Penicillin was used widely to treat different types of infections. Some people even suggested it should be put into public water supplies.

Now years later, we see the folly of our ways. The overuse and misuse of not only penicillin but many other antibiotics have allowed Staph (and other bacterial species) to mutate and become resistant to most antibiotics.

The genesis of MRSA

According to the British Medical Journal, on October 2, 1960, the British Professor Patrician Jevons, a microbiologist at the Public Health Laboratory Service in London, was the first to see the new strain of Staph that was resistant to Methicillin.

This was the beginning of the clinical phenomena that we now call MRSA. Since then, MRSA has spread throughout healthcare facilities in Britain, then Europe and later worldwide.

U.S. healthcare facilities began seeing MRSA in the 1970s. It started to become prevalent in the early 2000s. It is believed that MRSA went unchecked, in part, because there the CDC did not have stringent contact precautions.

In those days, the approach was reactive. When a patient was infected with MRSA, they were administered antibiotics. Now, if a patient is suspected or found to have MRSA, proactive preventive interventions, such as disinfecting, are implemented.

There are two types of MRSA strain in humans:

According to the CDC, the majority of MRSA infections and colonization in the U.S. are acquired in healthcare facilities (84 percent).

Patients should be closely followed by doctors and given instructions upon discharge for disinfecting their home environment and body.

Ninety percent of HA-MRSA infections are surrounding the surgical site or caused by central lines and catheters. These can turn in to sepsis or bloodstream infections with mortality rates are as high as 30 percent.

CA-MRSA can cause infections and illness in people outside of healthcare facilities. Over 90 percent of people colonized with MRSA will never acquire an infection (asymptomatic).

They are carriers, however, and can, therefore, transmit it to others by sneezing, coughing, etc. as droplets fall on surfaces and contaminate them. MRSA can also be transmitted simply by coming into close contact with a person who is colonized or infected.

Currently, the spread of MRSA is an ongoing epidemic and a public health crisis in healthcare facilities as well as communities across the world.

In 1980, the Netherlands started screening patients admitted to healthcare facilities for MRSA. This together with strict adherence to hand hygiene, decontamination of the environment and prudent use of antibiotics, allowed them to control MRSA to a less than 1 percent prevalence.

Despite growing awareness and increased screening, only 50 percent of U.S. hospitals now screen for MRSA and then only for certain high-risk patients.

In a 2017 report published in the American Journal of Infection Control, the Department of Veterans Affairs’ Veterans Health Administration showed that universally screening patients for MRSA in all 150 of its healthcare facilities since 2007 has decreased MRSA infection rates by over 80 percent, which makes them a leader in the fight against MRSA in U.S. healthcare facilities.

Colonization with Staph aureus means that you “carry” it on your skin or in your nose. This is not an infection.

According to the Centers for Disease Control, about 33 percent of the U.S. population are asymptomatic carriers of Staph. About 2% of the population is colonized with (carry) MRSA. The exact rate of MRSA colonization varies depending on the region or city you live in.

Infection means there are symptoms present such as:

Red bumps, a rash, boil, lesion or an abscessed wound are cause for concern. If you suspect an infection is present, do not delay seeking care from a doctor. It is always best to seek treatment early for an infection.

Abscesses almost always require surgical drainage – usually in the doctor’s office or in the emergency department. The doctor may send a sample of the abscess fluid to the lab for a culture to determine exactly what type of bacteria is present and to ascertain it’s antibiotic sensitivity.

Some recommendations to reduce the chance of a CA-MRSA infection

3. Preventing MRSA at the workplace, school, daycare center, or other communal areas

If you have a CA-MRSA or HA-MRSA infection, it can be difficult to eradicate. It can become a chronic disease and it may spread to other family members living in the same household.

All family members living in the household should be screened for MRSA if any family member has an MRSA infection.

Cats and dogs can also be infected with CA-MRSA from a vet visit or boarding stay. These animals can transmit CA-MRSA to humans, so it is important to keep feeding areas clean and washbowls with a disinfecting bleach product.

Below are some tips for how to prevent the spread of MRSA in the home if a pet is infected:

For more information on MRSA the following websites can be accessed:

Jeanine Thomas founded MRSA Survivors Network in early 2003 after having been critically ill with a MRSA infection, sepsis and C. difficile. Her organization was the first in the U.S. to ring the alarm about the MRSA epidemic, healthcare-acquired infections (HAI’s) and antibiotic resistance (AMR) to state and federal health officials in the U.S. and the organization continues to provide education, support, and awareness to survivors and the public. Jeanine is a spokesperson for Clorox.