Why Mental Health Education in Schools is So Important? 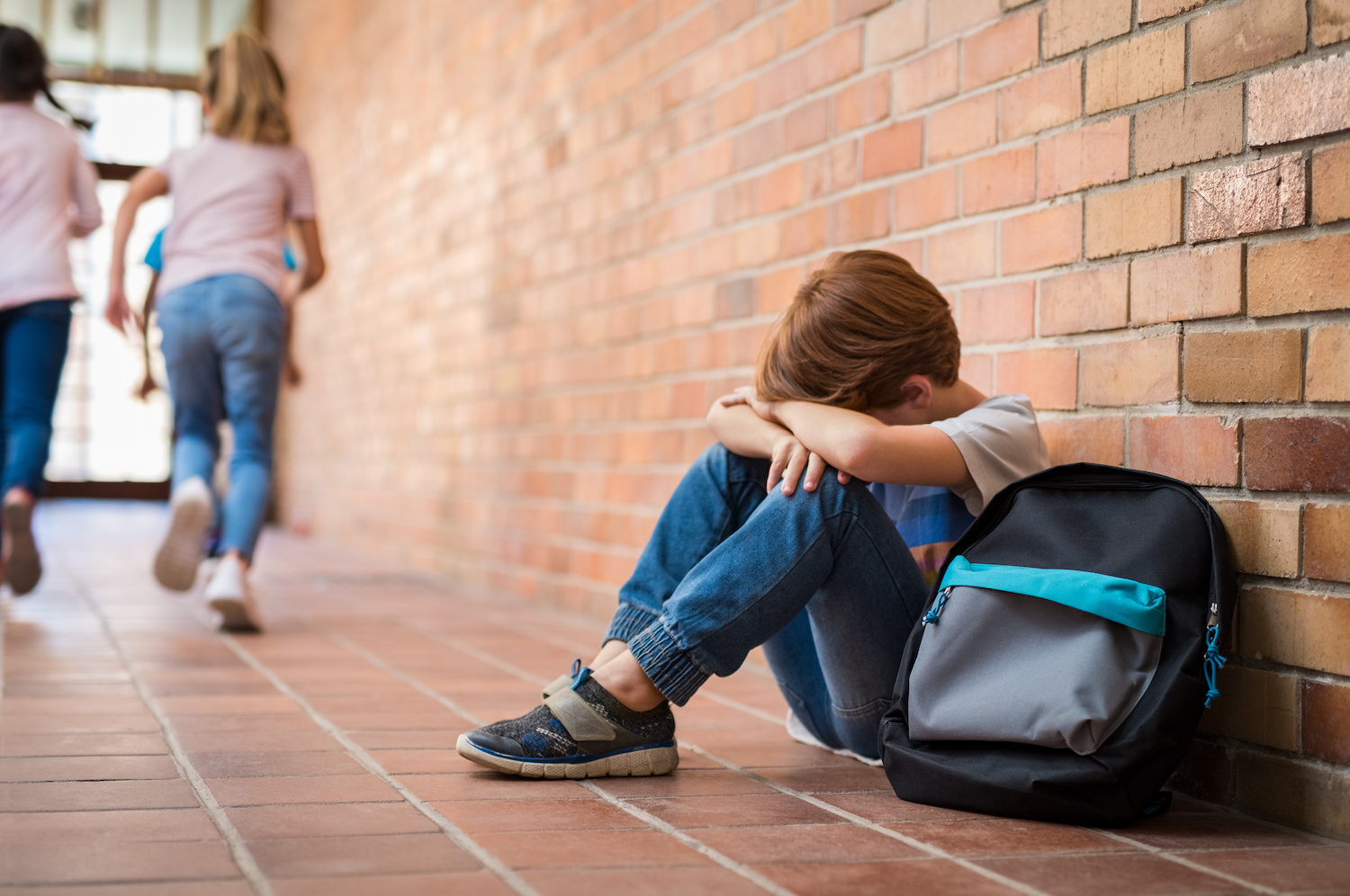 With the prevalence of mental health issues in our society, it’s astounding that we still tend to stigmatize mental illness. Many mental health misconceptions still exist.

Mental health issues often begin during the school-age years. It follows, therefore, that education about mental health should to also start at an early age. Because children spend so much of their daily life at school, mental health education logically should begin in schools.

Some facts about mental illness

Millions of people globally are affected by mental illness. In America, an estimated one in five adults experiences mental illness in a given year, according to the National Alliance on Mental Health.

The Centers for Disease Control and Prevention reports that one in five children in the U.S. currently have, or at some stage have had, a debilitating mental illness. Fifty percent of mental illness begins by the age of 14, according to the American Psychiatric Association.

Depression is on the rise

Mental illness, particularly depression, is predicted to become one of the major health burdens in the future. The World Health Organization (WHO) states that depression is the leading cause of disability worldwide. Over 300 million people of all ages suffer from depression.

As childhood and adolescent mental health disorders are so common, it’s baffling that we are not equipping our children with an understanding of mental health.

Undiagnosed, inadequately treated or untreated mental illness can seriously affect their ability to learn and grow. It can lead to negative coping mechanisms and at worst, may result in suicide.

The breaking down of stigma and misconceptions about mental illness has to start in schools. School is where friendships begin. It is where teens hone their sense of self-worth.

It’s also the place where children need to learn that their behavior towards others can cause serious self-worth issues. Many students experience conflicts, bullying and social exclusion at school.

Alex Crotty was only eleven when she started feeling miserable all the time. She felt disconnected from other children and empty. She suffered alone and even switched schools, but that did not help. It was only when she was 14 that she told her mother what was going on.

She was diagnosed with major depression and anxiety and was able to receive treatment. Her story reveals the difficulty young people experience when it comes to speaking out about their depression or anxiety.

Anxiety symptoms in children are often minimized or ignored

In the school environment, children face many challenges. Some are better at managing these than others.

Many children feel anxious, ranging from mild symptoms to more severe forms, such as panic attacks. When these symptoms are ignored, they can lead to depression, lack of performance and increased risk of substance abuse.

The Importance of Teaching Health in High School

We Need a Focus on Mental Health, Not Just Violence, In Schools

The Netflix show “13 Reasons Why” is currently in its second season. Teenager Hannah Baker is a victim of gossip, bullying, rape and body shaming. She commits suicide and leaves behind 13 tapes explaining why.

The show has many detractors, including health awareness professionals and parents who believe that it offers very little insight into the psychology of suicide. They believe it highlights just how bad things can get and how cruel teenagers can be and may even contribute to new ways for teens to think about suicide.

All of these criticisms may be fair, but the show has certainly provoked dialogue about the epidemic of teenage suicide, a very real problem. Suicide is the second leading cause of death for people aged 15 to 24 in the U.S.

The influence of social media on mental health

Current research indicates a possible connection between increased social media use and mental health although it’s still unclear exactly how they are connected. What is clear is that young adults are the most active users.

Some studies show that online connections to small groups of people may be beneficial, while other research indicates a connection with anxiety, depression and eating disorders. With no long-term studies having been completed, we are still largely guessing at its influence.

The upside of social media is that teens are hardwired to socialize, and social media makes it easy and immediate. Teens in marginalized groups may find it easier to make friends and find support.

The downside of social media is that those using social media may be faced with many negatives such as toxic comparisons, cyberbullying and less face-to-face interactions. Someone’s reputation can be destroyed in minutes and face the consequences for years.

The importance of early intervention

Family, friends, teachers, and individuals themselves often notice small changes in thinking and behavior before a mental illness appears in the full-blown form. Learning about early warning signs, and taking action can help.

It can reduce the severity of the illness, and it may even be possible to prevent or delay the development of a major mental illness. Some of these signs are apathy, feelings of disconnection, nervousness, unusual behavior, withdrawal, mood changes and a drop in performance.

In an article written by Nancy Barile, M.A.Ed. on the importance of mental health awareness in schools, she relates how she noticed some drastic changes in one of her students over a short period of time.

The student no longer did her homework, and she would come to school in the same clothes, although she’d previously been meticulous about her appearance. She was withdrawn and distant when Barile tried to speak to her.

Barile had some training in mental health issues and recognized that the student was in trouble. Social workers on the staff were able to speak to the student and found that she was depressed, suicidal and in need of immediate psychiatric intervention.

She was admitted to the hospital for a short while, given medication and therapy and managed to graduate with her class.

Mental health education should be part of the curriculum

We need to be working towards a school environment where students are able to recognize when they’re dealing with mental health issues and feel they can ask for help.

Open lines of communication between home and school should exist where parents are able to share their concerns about their children and collaborate with teachers to address them.

Just as physical education is part of the curriculum in schools, mental health awareness and education should be too. Our children spend most of their day at school. We need to empower them with knowledge about mental illness.

Progress is being made

A growing number of schools are beginning to realize the importance of mental health education. They are working to create an environment where mental health issues are recognized and support is offered.

In July 2018, New York became the first state in the U.S. to require mental health education for all students. The School Mental Health program will promote the healthy emotional, social, and behavioral development of all the students.

It will also take into account the general well-being of school staff and families, and collaborate with other student support and services. Mental health needs will be assessed, and access will be provided to mental health services and programs.

What do we know about the effectiveness of these programs?

As reported in US News and World Report, a few small studies have found “that teaching high school students about mental health improved their attitudes toward treatment, increased willingness to seek help from a counselor and boosted their overall mental health literacy.” There is a pressing need for more studies to determine programs’ effectiveness and identify ways to improve them.

Mental health education is not yet mandatory in schools. Until it is, teachers and administrators need to help shine the light on the concept of self-care. And, they need to emphasize the fact that mental health is an integral part of health.

Schools need to foster an environment in schools where mental health issues can be identified and addressed without being stigmatized. Awareness should be raised about mental health crises, such as self-harm, substance abuse, eating disorders and other negative coping behavior needs to be created.

If everyone in schools is empowered with knowledge, and dialogue is encouraged, students will have the freedom to open up about what they are going through. This will allow them to get the support they need before it’s too late.

Joe McLean, taught high school students for many years and has a particular interest in mental health. This interest developed when his son started experiencing severe panic attacks in high school. He is currently studying for his masters in psychology and writes for Assignment Masters when he’s not studying. In the little time he has left for relaxation, he loves hiking and traveling to interesting new places.