What Helps to Ensure Cooperation in Diverse Societies? 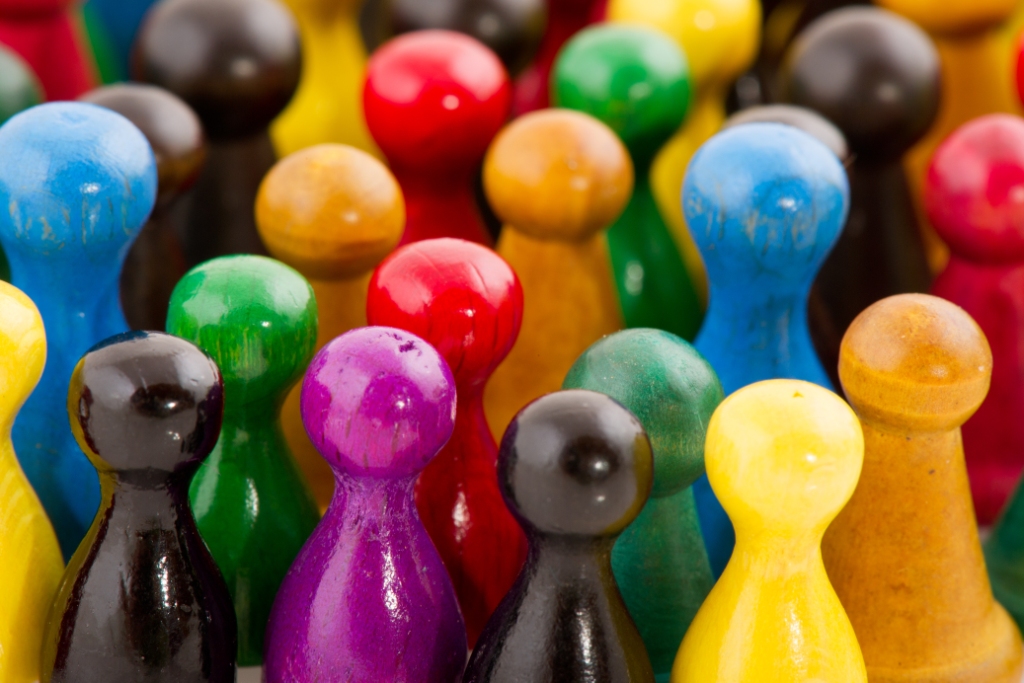 “History repeats itself because no one

was listening the first time.”

I wrote this post about the Bosnia war a number of years ago, but re-reading it made me think about the sociopolitical environment that exists in our country today. Our alienation from each other, and from “the other”—be it Democrats from Republicans, urban from rural, whites from blacks, secular from the religious, Christians from Moslems, and both from Jews, and citizens from migrants—is frighteningly reminiscent of the conditions that existed in Bosnia at the time of their terrible conflict. And given certain political leaders’ acquiescence and even encouragement of “the new normal”, I believe there is a compelling reason to fear for our country.

Tribalism is not destiny: The story of an ancient book

Let’s face it. We are tribal animals. Paradoxically, as we evolved into the human species, we became more viciously tribal and, at the same time, more altruistically humane. These thoughts went through my mind as I was reading Geraldine Brooks’ wonderful historical novel People of the Book: A Novel about the history of the Haggadah, the story of the exodus of the Jews out of Egypt.

From there, it was moved to Sarajevo in the 19th century and required yet another rescue—this time from the Nazis—by a Moslem scholar and his extended family, who hid it in a village mosque. After the war, the Haggadah was returned to its place of honor at the National Museum in Sarajevo. But not for long. The city of amity, civility, and culture fell victim to inter-ethnic and religious strife, as well as a vicious Serbian bombardment, and the book had to be rescued once again and hidden by a Moslem librarian.

I am not going to reveal the astonishing ending of the story. I will only add that the research Brooks did was absolutely amazing; some details of which I actually had personal experience with (she describes a Zionist youth movement that one of the protagonists belonged to; I belonged to the very same one).

As you can tell, the book paints a luminous picture of humaneness on the dark background of indescribable human cruelty to “the other”. So now, let’s dive into this a bit further by looking at the particular case of Bosnia.

Could Bosnia be redeemed from its nightmarish past?

The cynics among us would probably chuckle at the naiveté of such a question; the irredeemable optimists among us would say, of course. So, who was right? The answer is as always: It depends. On what? A couple of behavioral economists set out to investigate.

Marcus Alexander of Stanford and Fontini Christia of MIT observed that, whereas altruism drives the evolution of human cooperation, ethnoreligious diversity has been considered to obstruct it, leading to poverty, corruption, and war. They argue that current research has failed to properly account for the institutional environment and how it affects the role diversity plays.

The emergence of thriving, diverse communities throughout human history suggests that diversity does not always lead to cooperation break down. To study what keeps societies harmonious and what causes the harmony to break down, Alexander and Christia looked at the behavior of students belonging to two ethnic groups, Catholic Croats and Muslim Bosniacs, in post-war Bosnia and Herzegovina.

In the city of Mostar, two previously segregated school were integrated, while two other sites were left segregated. Integration happened for purely logistical reasons. Thus, any differences in behavior by the students from segregated and integrated schools can be attributed to a causal effect of integration. To measure these effects, the students participated in economic experiments that pit an individual’s self-interest against the welfare of other participants. These “others” sometimes belong to the same ethnic group, and sometimes not, at the integrated as well as segregated schools. This allowed the authors to measure the willingness to cooperate with others.

Alexander and Christia added a wrinkle to their experiment: They let participants sanction others by reducing their payoff at a personal cost. Such sanctions can reinforce group cooperation if they are directed against selfish individuals who otherwise wouldn’t cooperate. However, the availability of sanctions also raises the prospect of inflicting harm onto others for no good reason, which can then lead to an even worse outcome than when sanctioning is not possible.

Alexander and Christia show cooperation to be significantly hampered when people interact with members of another ethnic group. In mixed groups, contributions to the public good are much lower than in homogeneous groups. However, the authors also show that an integrative environment removes such parochialism, leading to the same cooperation rates within and between ethnoreligious groups. Furthermore, integration modulates the effectiveness of sanctions. Alexander and Christia find that giving means to sanction others is completely ineffective in segregated environments. Integration brings back the benefits of sanctioning, leading to high cooperation rates.

The nature of group interactions depends on context

In their commentary on the paper, Gotte and Meier conclude that

“the nature of group interactions thus depends critically on the context. In segregated societies, cooperation is strongly obstructed by group diversity, whereas in an integrated environment, even mixed groups can achieve high levels of cooperation. Given that the proper functioning of a sanctioning mechanism is a critical part of sustaining high cooperation and preventing conflict, the finding that sanctioning seems to crucially depend on the environment is important. To increase contributions, sanctions have to be directed toward selfish individuals who refuse to cooperate. However, in certain contexts, people sanction indiscriminately—a behavior termed ‘antisocial punishment’—thereby completely destroying the benefits of sanctions. The evidence reported by Alexander and Christia suggests that segregated societies may achieve lower levels of cooperation and trigger conflicts because sanctions are not working properly. This is consistent with the evidence that antisocial punishment is especially pronounced in societies with close-knit social networks. Integration can turn sanctioning behavior back to being prosocial and less parochial.”

To put the results in human terms, living in close proximity to one another, getting to know the “other” as human beings with a human heart and mind, and concerns and aspirations are part of the solution. The other part of the solution is the ability of the group to sanction the ones who try to disrupt it.

Great insight. Integrationists and segregations of our society: Are you listening? There is a lesson here for both of you.

This story was originally published 5/29/12, reviewed by the author and updated 07/10/17 and is being republished today in honor of the author’s upcoming birthday. Thank you Dov, your stories are always a gift!