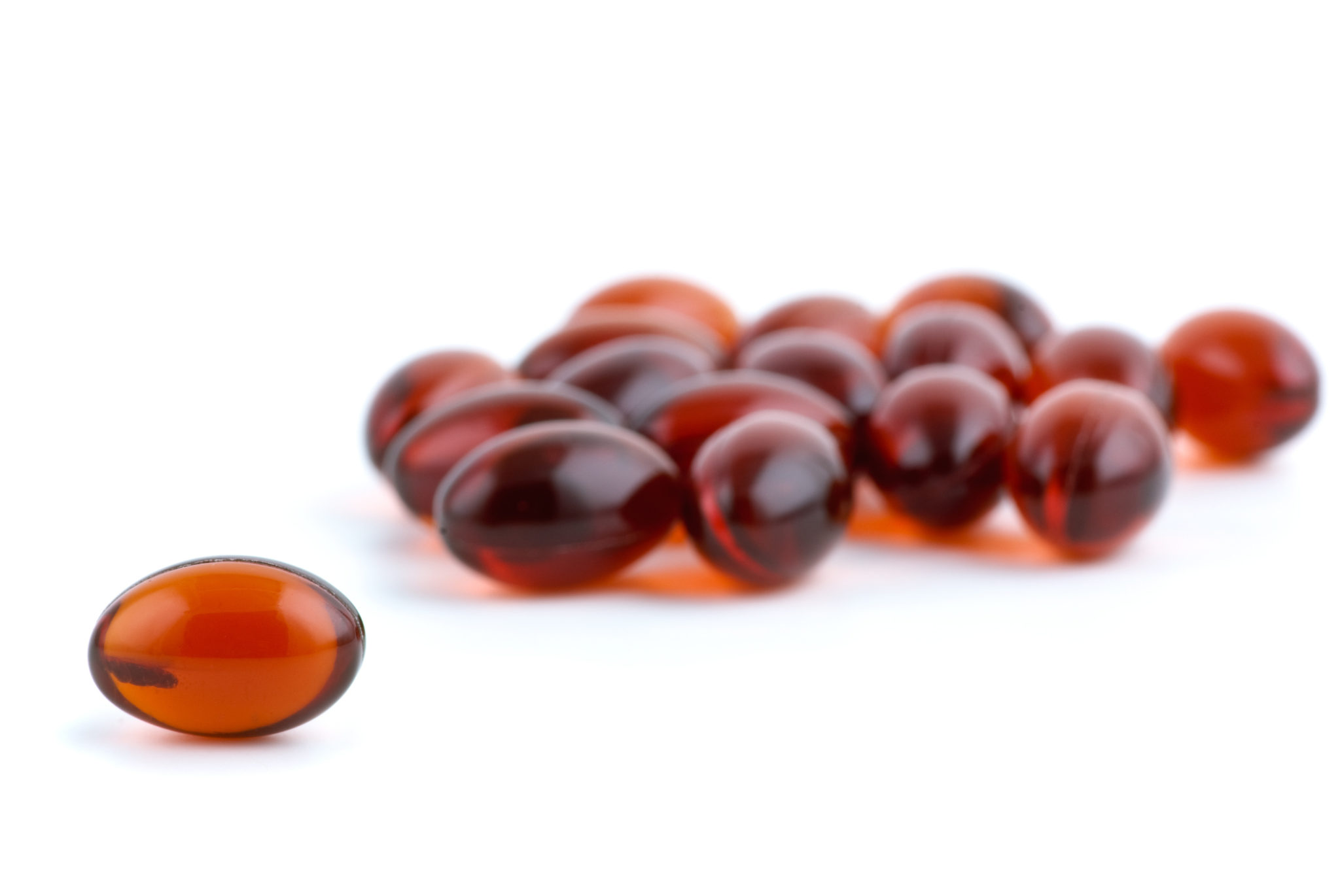 Lecithin supplements have been touted as being beneficial for many different things but there is almost no evidence that this is the case. (Photo source: iStock)

Lecithin is a very popular dietary supplement. But what do we know about its risks and benefits?

With regard to benefits, we know that lecithin supplements are heavily promoted as a panacea for:

I have always been suspicious of promotions that promise to cure all human ailments. So it doesn’t surprise me to find that a recent review of a number of scientific papers on PubMed reveals that the researchers still refer to hoped for lecithin benefits with terms like “may,” “might,” “theoretically could” and not with “does.” Further, most papers and credible health-related websites point out that there is a woeful lack of research about the efficacy of this particular dietary supplement.

So, I believe that, at this point in time, it is safe to say that none of the claims about lecithin have any credible evidence to back them up.

There are two possible but minor exceptions

Lecithin is actually a mixture of different fatty substances called glycerophospholipids, including:

Lecithin is found in egg yolk, meats, soy, seeds, such as sunflower and rapeseed, and some vegetables, such as corn. Soy is the source of most commercial lecithin, although sunflower lecithin is increasingly popular because of concerns about GMOs in soy and food allergy labeling regulations.

Is there really lecithin in your lecithin supplement?

You probably assume that when you take lecithin supplements, you are actually getting lecithin. However, as is the case with many nutritional supplements, commercial preparations vary widely in the amount the substance that is actually in their product.

Why such variability? Because the suppliers of supplements were exempted by Congress from adhering to any standards of manufacture, purity, or claims of benefits. How this came about is emblematic of our broken political system, but don’t get me going on this.

Only a fraction of commercial lecithin is made up of the real thing. So, what makes up the rest? The answer: fatty acids!

Not exactly the stuff to help in weight reduction, cardiovascular health, or good liver function. In fact, theoretically, they could work against all those potentially wonderful benefits.

Before we go any further, let me introduce a relatively new medical term: metabolomics. We are all familiar with the concept of genomics, meaning the study of the genome, or the total genetic content and its effect on health and disease.

Similarly, the sum total of chemicals, substrates, and metabolites in the body is called the metabolome. Metabolomics is the study of those substances in health and disease. The advantage of taking an all-inclusive approach is that it is unbiased.

The classical scientific approach is to study a specific gene or molecule, essentially ignoring everything else. This is akin to peeping through a keyhole. You see only what the hole allows you to see.

On the other hand, studying the whole genome or the whole metabolome gives a complete picture of everything that is involved in the process being studied.

For instance, for many years, only one or two genes were thought to be involved in the development of type 2 diabetes. Why? Because these were the only genes that “made sense” as targets for study. The advent of whole-genome studies demonstrated the involvement of dozens of genes in the disease. This was a complete surprise.

What’s the downside of lecithin supplements?

So, let’s return to the question at hand. If lecithin supplements don’t cause any harm, why not give it the benefit of the doubt? After all, a future study may prove its benefit.

In a paper published in Nature, Wang and his collaboratorsat the Cleveland Clinic studied the metabolic fate of lecithin. They used the metabolomic approach to look for circulating small molecules associated with coronary heart disease.

They screened blood from patients who had experienced a heart attack or stroke. Then they compared those results with the blood of people who had not had those serious cardiovascular events.

They found major differences in choline, betaine, and trimethylamine (TMA).It turns out that gut bacteria produce these metabolites from lecithin. And then they convert them to trimethylamine-N-oxide (TMAO).

This terminal metabolite, TMAO, is a known atherogenic substance.

That means it is involved in atherosclerotic plaque formation.

None of the metabolites appeared in the blood after the gut flora was wiped out with an antibiotic. Could it be that the gut flora in people with cardiovascular disease is different in some way from that of healthy people? We don’t know, but we do know that the physiological state of a person can determine the gut flora. For instance, the gut flora of obese people is markedly different from that of the non-obese.

Based on this study alone, we still can’t tell if these lecithin metabolites are causative factors, or whether they are just markers of the disease. This is because correlative studies can show only correlations, not cause and effect.

Lecithin is not the only culprit that leads to TMAO

Is lecithin the only culprit that produces TMAO? Red meat contains another triethylamine. This molecule, called L-Carnitine, is similar to choline and lecithin. Like them, it should be metabolized by the gut flora into MAO and then converted to TMAO in the circulation.

The same Cleveland Clinic group examined the production of TMAO by omnivores, vegans, and vegetarians following the ingestion of L-carnitine.

They found that the omnivorous humans had higher levels of circulating TMAO. The reason? Meat eaters have gut bacterial flora different than vegetarians and vegans.

It contains species that feast on triethylamines:

Let’s look at an interesting study published in the prestigious New England Journal of Medicine by Tang and colleagues. It had two phases.

In the first phase, the investigators gave healthy participants a phosphatidylcholine challenge using a stable isotope-labeled form of the phospholipid. They then used mass spectrometry to monitor choline metabolites before and after the suppression of gut microbiota with broad-spectrum antibiotics.

They found that the phosphatidylcholine challenge increased all choline metabolites. Antibiotics suppressed the generation of TMAO metabolites. After the antibiotics were discontinued, they reappeared.

In the second phase, the researchers examined the relationship between fasting plasma TMAO levels and incident cardiovascular events over a 3-year period. They studied more than 4,000 participants undergoing elective coronary angiography.

They found an independent, dose-dependent relationship between the metabolite and the risk of a cardiovascular event on the basis of the TMAO quartile. The highest quartile had 2.54 times the risk over the lowest quartile.

Here is what we know about lecithin:

One could argue that that the gold standard for demonstrating causality, namely a randomized, placebo-controlled study has not been done. Fair enough. But the accumulating evidence, both epidemiological and observational, and the detailed mechanistic studies provide a solid foundation for the clinical observation. This puts the onus of proof on the companies that make money off it and the “true believers” who fall for their unsubstantiated claims.

So, how does one make a decision about whether to take lecithin supplements?

Since the lecithin metabolite, TMAO, is a known atherogenic substance, I believe that until we better understand whether it actually causes atherosclerosis, the prudent approach would call for moderation.

That means limiting your intake of the foodstuffs that have high levels of lecithin.

Further, since there is no credible evidence supporting claims of health benefits, there is no reason to take high doses of lecithin in the form of nutritional supplements. If you do choose to take them, based on what we know now, you could be increasing your risk of a heart attack or stroke in exchange for no known benefit. It’s not a good trade-off, in my opinion.