Learning to Be a Doctor: Dissecting a Human Body 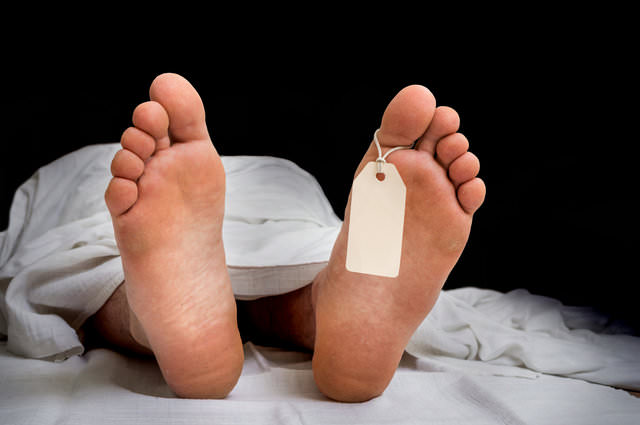 It was bad enough we were in our second of three labs for this week. It was bad enough that we were only on the third day of our new module, Head, Neck, and Special Senses, and already we had to know just as much anatomy as our previous course. It was bad enough that we had been dissecting for almost five months and we were just getting to the difficult anatomy. But now, now I had to be dressed for the lab in my oversized, bright teal scrubs by 8:00 AM a half an hour before my coffee’s purpose kicked in, an hour before our regularly scheduled classes, and hours before my mind functioned at an acceptable level.

But that all sounds like Complaining of the Trivial, the med student’s best friend, and someone I truly hated.

Were donors gifting their bodies in vain?

Was there a bigger issue at hand? I think so. It started in November when Gross Anatomy Lab first began. A local news reporting team came into my room to observe dissection, ask students questions, and get an overall feel of what it was like to be around a party of cadavers, robed in brown and blue canvas cloths at night, teaching med students selflessly by day.

The reporters were evidently investigating that last clause. They never specifically told us what angle their story wanted to take, but their questions made it sound like this: “Is gross anatomy dissection still a viable teaching tool in this modern day and age?” In other words, with online dissectors and images, was the act of physically dissecting a human specimen worth it? Was spending four hours a day in the lab a waste of medical students’ time? Were donors gifting their bodies in vain?

When the reporter came to our table, I staunchly defended the value of anatomy lab. I told her that it was the first time we encountered a body so intimately. It was a lesson in human dignity, in respecting the sanctity of human life. Did I believe it then? Probably.

Holding “Gladys’s” hand as my tablemate dissected the brachial plexus brought about a familiarity that caused me to let go so quickly, it seemed like I had touched a hot stove. We were not dissecting a worm, a frog, or a pig. We were cutting open someone with whom I had just held hands.

I was working with my first patient, as some say. I don’t know how long that feeling lasted. Weeks turned into months, and different courses and pages of Gray’s Anatomy flipped by. I was getting more comfortable around “Gladys”, as my group named her.

The sight of a cadaver, let alone nine cadavers simultaneously being stripped of skin, muscle, and bone, no longer irked me. Jokes were thrown across the table and across our body as if we were chatting around the water cooler. My peers and I took “Gladys’s” heart and put it in our hands. All I could think about were the names of all the coronal arteries.

We bisected “Gladys’s” pelvis, splitting her body in half with a reciprocating saw meant more for plywood than bone. All I thought about were the probable causes of a missing uterus. We separated the lower half of her body from her upper parts like a magician’s trick. All I wondered was whether we would get out of lab early, so I could go to the gym a bit earlier than usual that day.

A progressive desensitization sets in

This progressive desensitization was the most visible manifestation of a broader trend I was noticing since entering med school. As with thousands of med students across the country, I chose the profession of medicine because I wanted to help people. I wanted to serve those who needed it most, and I believed medicine was the best way I could do just that. I wanted to be a man for others.

Was it necessary? I think so. I didn’t choose to work a straight 9 to 5, doing happy hours every other weekday. I chose to put in my eight hours of work only after lecture and lab, in the office I shared with the rest of the pre-clinical-year med students.

Even with shadowing experiences, physician-patient communication interviews, and service classes, I couldn’t help but feel what one of my small group preceptors once told me,

“Med school will try to strip whatever semblance of a soul you have, and there are few opportunities to keep what was still left.”

But that all sounds like Admitting Weakness, the med student’s worst enemy, and someone with whom I was quite uncomfortable.

Related Content: The Dead is More Than a Corpse: Reminiscences of Anatomy Lab

That’s where I was at 8:00 AM during that first Head and Neck lab. Plus smell. Today, we were taking out “Gladys’s” brain. All I wondered was whether I’d have a chance to use the bone saw to detach the calvaria—her skull cap—and whether anyone would make any dumb scalping jokes.

My tablemates and I started by removing the rest of the scalp from the skull. Then, we traced a straight line around “Gladys’s” head with neon green chalk, marking a chain saw halo. Donned in a black apron, blue latex gloves, and a pair of plastic goggles, I plugged the bone saw into the overhead electrical outlet. I switched the saw on and off, making sure I could hear the high-powered, effortless whirring of the half-moon blades. Check.

Set and assured, I turned my weapon on permanently this time, setting steel to skull. The blade dug seamlessly into the bone as I moved the saw across “Gladys’s” forehead, tracing the neon headband. I retraced the centimeter deep crevice to carefully get through the whole skull.

Bone dust rose from Gladys’s head like a thought bubble, and the awful distinct smell of burnt, ground bone struck my nostrils, just as it did to the other eight butchers around the lab. When I sawed to a point just above the ear, I passed the high-wattage can opener to my tablemate. Like a ritual, all five of us proceeded to take turns encircling “Gladys’s” skull, capping a culminating moment in our dissecting experience that year.

When the sawing was complete, the skull cap was lifted, just like that, like taking off a winter hat. And there it was: the brain. It looked unreal. All that was left was to take the brain out its box. To do that, we had to prop “Gladys” upright, as if she were sitting on an examination table.

I looked around the room, and other cadavers were propped up on their respective tables as well. They seemed like a fleet of oversized ventriloquist puppets, formerly lifeless things that took on a new character once sitting up. Looking back at “Gladys,” I was taken aback. Lying down, “Gladys” had become just another study buddy along with Gray and Netter. Upright, she took on another life. We had skinned her grandmotherly face earlier this week, leaving a portrait akin to Munch’s “The Scream” sans skull cap. Slightly horrific, almost ghoulish, but even more so humanizing, something started to come over me. She wasn’t a worm, frog, or a pig. She was Gladys.

We chiseled out a wedge from the back of the skull to get better access to the brain and brainstem. My tablemate accidentally stabbed the brain with the chisel. “Oops!” He said as liquid began to dribble from the incision. He chuckled it off, just as we had chuckled off other “little” dissecting mistakes throughout the year. This time, however, I wasn’t so amused, but I didn’t know exactly why. We finally got the wedge of skull out, disassembling the jigsaw puzzle piece by piece. Now, mind-water began to drip out faster, as if Gladys’s thoughts and memories were escaping her brain.

Someone snipped her optic nerve. “There goes her vision,” someone joked. And that’s what we were doing. We were ridding Gladys, sitting up, of her sense of sight, and the rest of her senses, one by one. We cut the tendinous attachments and finally got to the brain stem—the great attachment to the nervous system and to the rest of the body. A couple of snips later, and Gladys’ mind was set free.

We took turns holding the brain. I was the last one to hold it. It was a lot heavier than I expected. Or maybe I didn’t know what to expect. It was spongy, like a stress ball, malleable to the influence of Time and its surroundings. Drops of fluid kept leaking out, emptying Gladys of her mind’s substance: her ideas, beliefs, and feelings. Gladys had lived a full life, and I was holding her view of it—scenes upon scenes of stories, lessons, and perceptions—in my two hands.

Why it is important to work with real bodies

I put the brain back on the table and sat down. I remembered that day in November when the reporter asked why it was important to work with real bodies in order to learn the human anatomy.

“It was more than just learning about all the nerves and muscles in the human body. It was also learning that all of this is a human process. She gave us the gift of her own body so that we can learn to become good doctors, and that is something quite special, maybe even sacred.”

In a way, Gladys was simply a study buddy just like Gray and Netter. By the end of Head and Neck, we bisected and disarticulated Gladys’ head to such a degree that even Munch would have trouble illustrating what was present. Only nerves, sinuses, and tongue muscles remained. Any semblance of humanity was sliced away by the whir of the bone saw.

In another way, however, Gladys was and is my first patient. Perhaps not in the way I hoped to see patients in the future, but in a way that reminded me of what was truly important. That day was the first in a long time where I understood the sanctity of the bond between doctor and patient. I don’t think I’ll forget that.

But that all sounds like Thinking Ideally, a med student’s long lost friend, and someone I hope to know for a long time.