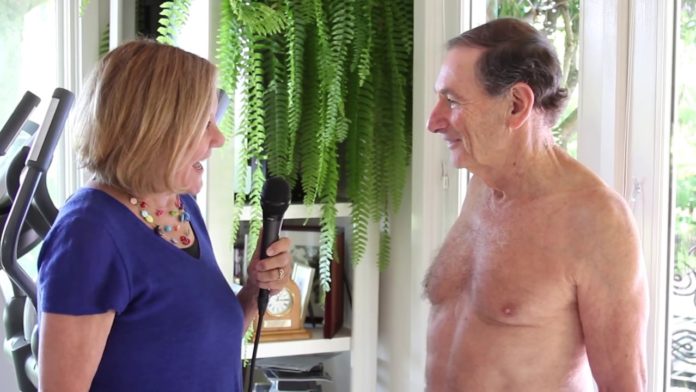 Oftentimes, when you read stories about people who attain a remarkable milestone in aging, you will find that they have been asked the following question:

“What is your secret to a long and healthy life?”

The stories usually relate one or two things that the oldster supposedly pointed to as the key to living to such an advanced age. For instance, Emma Morano, an Italian woman who died at the advanced age of 117 was said to attribute her longevity to her genetics and a diet of three eggs a day, two of them raw. Jeanne Calment of France was verifiably the longest living human ever. Her story noted that she smoked cigarettes from age 21 to age 116. She also ate 2 pounds of chocolate a week. She died at age 122. American Sarah Knauss lived to be 116 years old. She credited not letting things upset her as being the “secret” to her longevity. The “secrets” shared by these supercentenarians make it seem like anyone could live to a ripe old age without really working at it. But, alas, if it were that easy to live to a ripe old age, many more of us would be doing it.

The rest of the story

Of course, these stories don’t really tell the whole story. If it were that easy to live to a ripe old age, more of us would be doing it, no? And, do we really just want to hit the old age milestone, whether it is 80, 90, or 100 or do we also want to be robustly healthy and sound in mind and body? I don’t know about you, but I want to keep it all as long as I can…and that takes work.

So I thought I would share with you a story about one of the healthiest and hardiest 80+-year-olds that I know. This story (and accompanying video) is a tribute to Dov Michaeli, MD, Ph.D, my husband and role model for healthy aging on the occasion of his 83rd birthday. Let me tell you, there are no raw eggs or cigarettes in this story, rather there is hard work and discipline, the underpinnings of a long and healthy life for the rest of us.

Now, Dov would be the first to tell you that one of the most important things you can do is to be born to the right parents. He certainly was. His dad, Shaul, lived to his mid-90s dying from a treatable mouth cancer because he wanted to. Although he was living independently in his own apartment in Tel Aviv, many of his friends had already passed away. And, he found that although his mind and body were still strong, he was slowing down and was burdened with various aches and pains as he approached 90. He complained to me frequently during those years saying, “Don’t let anyone tell you about the golden years, they are really the rust years.” Dov’s Mom, Annie, also lived to her mid 90’s, living independently until close to the end. Her cheerful good nature kept her surrounded by family and friends and an astonishing number of men friends well into her 90’s.

But the gift of good genetics can be wasted, Dov says if you don’t actually work at staying healthy. His prescription for a healthy old age: exercise, nourish the body and nourish the mind. Here’s how he does it:

Years ago, we gave up the guest room and converted it into a gym (free weights, a bench, an elliptical, and a treadmill). And then, we hired a personal trainer to keep us motivated and to be sure we were doing it right. Since then, Dov has been working out 1-2 hours per day (that’s right, a day!). He starts with aerobic exercise, a high resistance, fast-paced elliptical workout for 35 minutes every morning (watch the video to see what that looks like). Afterward, he does strength training exercises with free weights alternating biceps one day, with push-ups and flies the next, and (groan) 6 sets of 30 pull-ups the next. He includes a variety of yoga stretches interspersed with the strength training. He credits these stretches with keeping his chronic back pain in check for years.

Having a dog means at least an hour long walk or hike almost every day. Dogs are great exercise motivators. Our vacations are usually activity-oriented. Dov summited Mt. Kilimanjaro at 78 followed by hiking New Zealand’s Milford track at 79. No vegging out on the beach for this guy.

Nourishment for the body

You would think with all that working out, Dov could eat whatever he wants. But he is disciplined in that aspect of life as well. Every morning, breakfast is the same: a big bowl of bran cereal topped by oodles of fresh berries, melon, and grapes…with non-fat milk, of course. He supplements the cereal with two hard-boiled egg whites (the dog gets the yolks). Dinner is almost always salmon—but also occasional lamb or chicken—with a salad and a glass (or two) of red wine. His primary indulgence is a tiny piece of dark chocolate which he notes is good for his memory.

Nourishment for the brain

Because the body is no good without the mind (and the mind is no good without the brain), Dov reads constantly—mostly nonfiction, sometimes quite dense. His current book is a history of Ancient Mesopotamia (a real sleeper for me) supplemented with online news and opinion as well as audiobooks of a lighter sort, including novels. He also writes weekly for The Doctor Weighs In—mainly evidence-based stories about how different parts of the brain affect our behavior. Playing chess, learning a language, engaging in sometimes heated political discussions are all a part of his workout for the brain.

So there you have it…

The key to killer abs and a sharp brain at 80 is hard work and discipline. Exercise your body, feed it well, and stimulate your brain. It works. In fact, it works even better if you also have good genes. 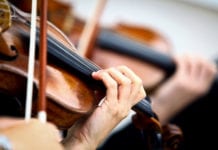 The Healing Power of Music in a Physician’s Life 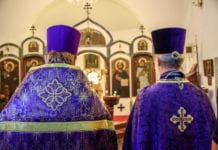 5 TRX Exercises that Provide Terrific Workouts for Everyone