Why Infertility Treatment Should be a Covered Benefit 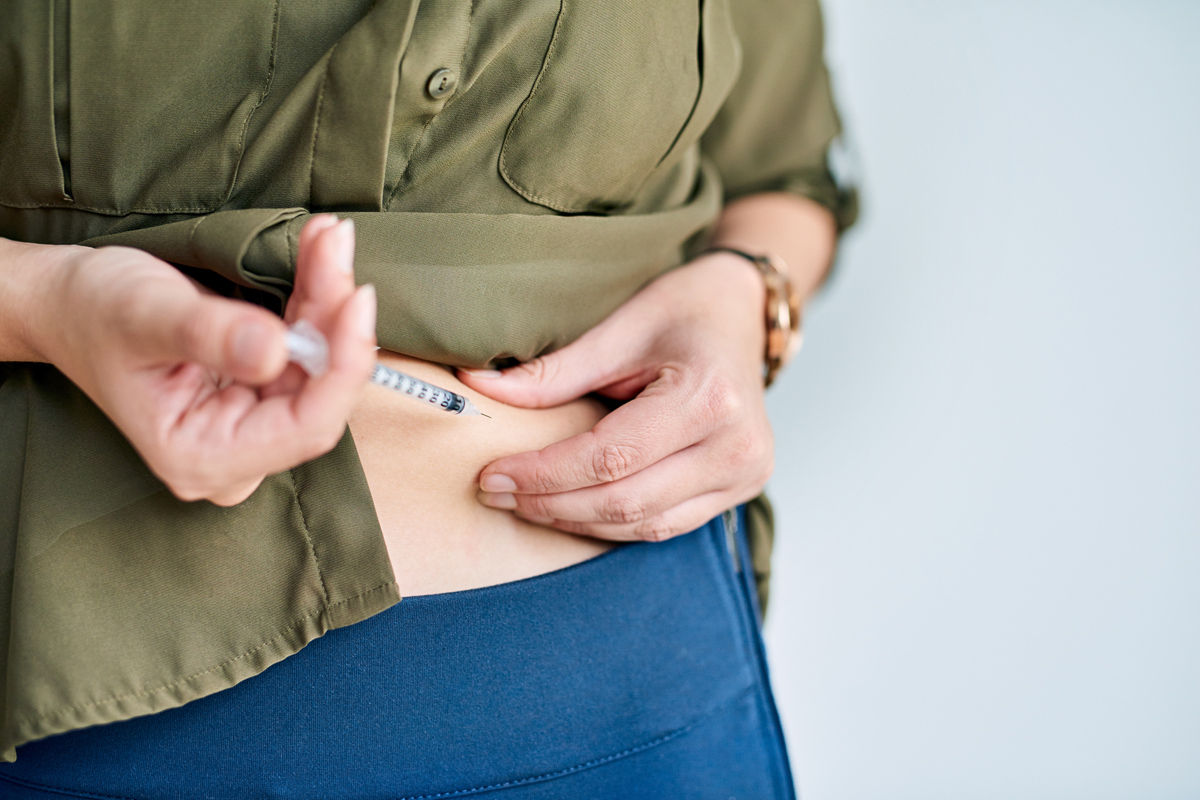 Infertility is a disease of the reproductive system that impairs the body’s ability to perform the basic function of reproduction.”  That’s what the American Society for Reproductive Medicine (ASRM) – the professional society for reproductive medicine physicians and providers – declared back in 1993. Despite this statement by professional experts, it took many more years for other major health groups to formally agree.

WHO and ICMART Weigh-in

Following the ASRM declaration, in 2009, the World Health Organization (WHO) and the International Committee for Monitoring Assisted Reproductive Technology (ICMART) decided to define infertility as “a disease of the reproductive system defined by the failure to achieve a clinical pregnancy after 12 months or more of regular unprotected sexual intercourse.” These bodies influence perspectives and practice in the international health community and this definition is now part of the WHO-ICMART glossary published in 2009.

Another notable change occurred afterward when the International Classification of Diseases (ICD) which governs billing codes used to obtain payment added “infertility” to the list of ICD-9 codes.

However, it wasn’t until 2017 that the American Medical Association (AMA) joined WHO/ICMART in also declaring that infertility is a disease. Persuaded by the ASRM, the AMA House of Delegates adopted a resolution during their 2017 annual meeting describing infertility “as a disease state with multiple etiologies requiring a range of interventions to advance fertility treatment and prevention.” In a summary of their decision, the AMA stated their hope that the new designation would remove some of the stigmas and importantly, “promote insurance coverage and payment.”

Lobbying the AMA and others has been part of a strategic effort by ASRM to ensure that more Americans have access to reproductive medicine. According to past president Richard Paulson, MD, “We all feel this way and realized it was time to put our efforts behind it,” adding infertility doctors have become “increasingly sensitive to the fact that much of the American population simply can’t afford infertility treatment.”

Financial constraints not only influence whether or not infertility treatments are covered but also to what extent. Infertility professionals have expressed concern that some patients are making suboptimal decisions about treatment, choosing to transfer multiple embryos to the uterus at once, instead of the now-recommended single embryo transfer, in order to avoid paying for more procedures. This leads to a higher risk of complications for mother and child and higher long-term health care costs for insurance companies.

Despite several major health groups declaring that infertility is a disease, many complex and varied factors actually determine what is covered and paid for as part of healthcare coverage. Depending on the type of insurance, employers lead the decision-making, but often insurance companies have more influence. Major factors that determine coverage include cost, prevalence, and politics/external pressures (including state advocacy and internal pressure from employees on employers).

In writing about the politics and culture of parenthood for CNN Health, Elissa Strauss has her own perspective as to why insurance companies still do not sufficiently cover treatments such as in vitro fertilization (IVF): “economics, ignorance and sexism.”

There’s widespread agreement on the role of economics and the influence it has on covering infertility treatment. Some argue that the label “experimental” continues to be problematic. It’s hard to argue, for example, that IVF remains experimental forty years after the successful birth of Louise Brown and 8 million more babies worldwide.

Two other factors have led to low coverage rates for infertility treatment according to Strauss: sexism and the perception of who needs IVF. She points to insurers’ treatment of women’s issues as a “niche” health issue, starting with the fact that 30 years ago childbirth was not covered by insurance and had to be paid out-of-pocket. She believes this attitude continues to play a role in the denial of coverage. She notes the irony of treating infertility as a “female” issue when half of the infertility cases are associated with male factor infertility.

The other issue Strauss believes has interfered with gaining wider insurance coverage is the perception that procedures like IVF are only needed/used by wealthy women who require the procedure because they delayed having children until too late while they pursued careers. The demographics of who is affected by infertility and would like treatment definitively shows otherwise.

The trend for coverage of infertility is definitely improving but the most active sectors embracing this change are technology firms, banking and other highly compensated industry sectors as described in this New York Times article. There is also wide variation in what is covered, how much is paid and even whether pre-authorization is required before receiving treatment.

The article also cites an analysis of infertility coverage by broad industry sectors and the top 250 employers for the 2017/2018 benefit year. A survey of a subset of 10,000 verified IVF patients who had complete IVF coverage in 2017 found employees who had their IVF covered reported being more likely to remain in their job for a longer period (62%), were more willing to overlook shortcomings of their employer (53%) and were more likely to work harder (22%). And, the vast majority (88%) of women who had their IVF fully paid by their own employer decided to return back to that employer after maternity leave.

There is also a higher rate of employee satisfaction with their employer if fertility benefits are offered compared to employers that do not offer a benefit:

5 times more believe their employer listens to their needs

5 times more believe their employer cares about their well-being

Comments from survey respondents also revealed stark differences in how employees felt about their employers based on whether or not they offered a fertility benefit. One woman stated that because her employer offered such coverage “I’m loyal – it’s the reason I stay.” Those employers who did not offer coverage earned negative comments from employees including: “behind the times in health coverage,” “makes me feel undervalued,” “discriminated against this disease,” and “must be a better place to work, I’m looking for a better job with better benefits, better understanding.”

While coverage of infertility has improved over the years – largely from competitive pressures among companies looking to attract and retain the best employees – there is definite room for improvement. So, how does a disease like infertility garner inclusion as a covered benefit? External pressure can drive decision-making by employers who determine benefit coverage with insurers and with state and federal legislators to enact mandates to ensure appropriate coverage for needed treatment. RESOLVE: The National Infertility Association serves as a valuable resource and advocate on both counts.

RESOLVE has developed material to help individuals advocate on their own behalf with their employer to add fertility coverage to benefit packages. This includes talking points to use with your Human Resources department and/or benefits manager and a template letter you can customize. The resources are available through the RESOLVE Coverage at Work Initiative.

The letter provides the type of information employers need including studies that show there actually are minimal costs involved in adding coverage including improved health outcomes that also work to lower employer expenses. You can download the template “Insurance Coverage Request Letter” by clicking here.

With a healthy economy and a desire for healthy babies, employees facing infertility have every reason to expect that employers can and should offer a fertility benefit. Surveys and studies show it makes companies more competitive, increases their ability to attract and retain the best employees, enhances employee morale and productivity, and improves health outcomes.

In addition to reporting on whether your state mandates coverage for infertility treatment, RESOLVE also produces a Fertility Scorecard that ranks each state on how well they’re doing on the issue. You can learn more about RESOLVE’s 2018 state advocacy issues here and find out how to become involved.

Whatever varied factors you believe may influence whether infertility is considered a disease with coverage for needed treatment, CNN Health’s Strauss notes there are “thornier” issues to consider: is having a baby a privilege or a right? Such questions parallel the discussion of whether or not access to health care is a right; while most countries consider it to be so, this position is not universally held in the US. For Kara N. Goldman, MD, assistant professor of reproductive endocrinology and infertility at New York University who has advocated for comprehensive infertility coverage, “I think of reproduction as a basic human right. Patients should be able to have families, and we have the medical care to make that possible.” The view that reproductive rights include the right to diagnosis and treatment of infertility is increasingly becoming the international norm.

His undergraduate, medical school, and obstetrics/gynecology residency training were at the University of Toronto, and his Reproductive Endocrinology and Infertility fellowship training at Stanford University. Currently, he is Director of Equal3 Fertility, APC, and CEO of ARC® Fertility.

Dr. Adamson has over 300 peer-reviewed and scientific/medical publications and has lectured extensively for more than 30 years nationally and globally on assisted reproductive technologies, endometriosis, reproductive surgery, infertility, and access to quality reproductive health care. Dr. Adamson led the committee that created The FIGO Fertility Toolbox and the organization that created the global Endometriosis Phenome and Biobanking Harmonization Project (EPHect). He created the Endometriosis Fertility Index, all digital tools used globally to improve health care for reproductive-age women.

He is Chair of the International Committee Monitoring ART (ICMART), which is a non-State actor (NSA/NGO) in official relations with the World Health Organization (WHO) and President of the World Endometriosis Research Foundation (WERF). Dr. Adamson is on the Board of the International Federation of Fertility Societies (IFFS) and FIGO Committee on Reproductive Medicine of which he is Past Chair. He is the Founder, Chairman, and Chief Executive Officer of Advanced Reproductive Care (ARC® Fertility), the largest United States network fertility company.

Dr. Adamson is Past President of the American Society for Reproductive Medicine (ASRM), Society for Assisted Reproductive Technology (SART), AAGL, and several other major gynecological societies. He has been recognized as one of the best 400 physicians for women in America. He has received many awards, including the Outstanding Achievement in Medicine award from the Santa Clara County Medical Society, a Certificate of Special Congressional Recognition for contributions to the community, Distinguished Surgeon award from the Society of Reproductive Surgeons, Honorary Life Membership from the Canadian Association of Internes and Residents, the Barbara Eck Founders Award from RESOLVE, numerous honorary memberships and professorships, and the ASRM Distinguished Service award for his outstanding achievements in advancing the practice of reproductive medicine.

In addition to being a contributing author for The Doctor Weighs In, Dr. Adamson also serves on the TDWI Editorial Board, where he medically reviews articles submitted for publication. 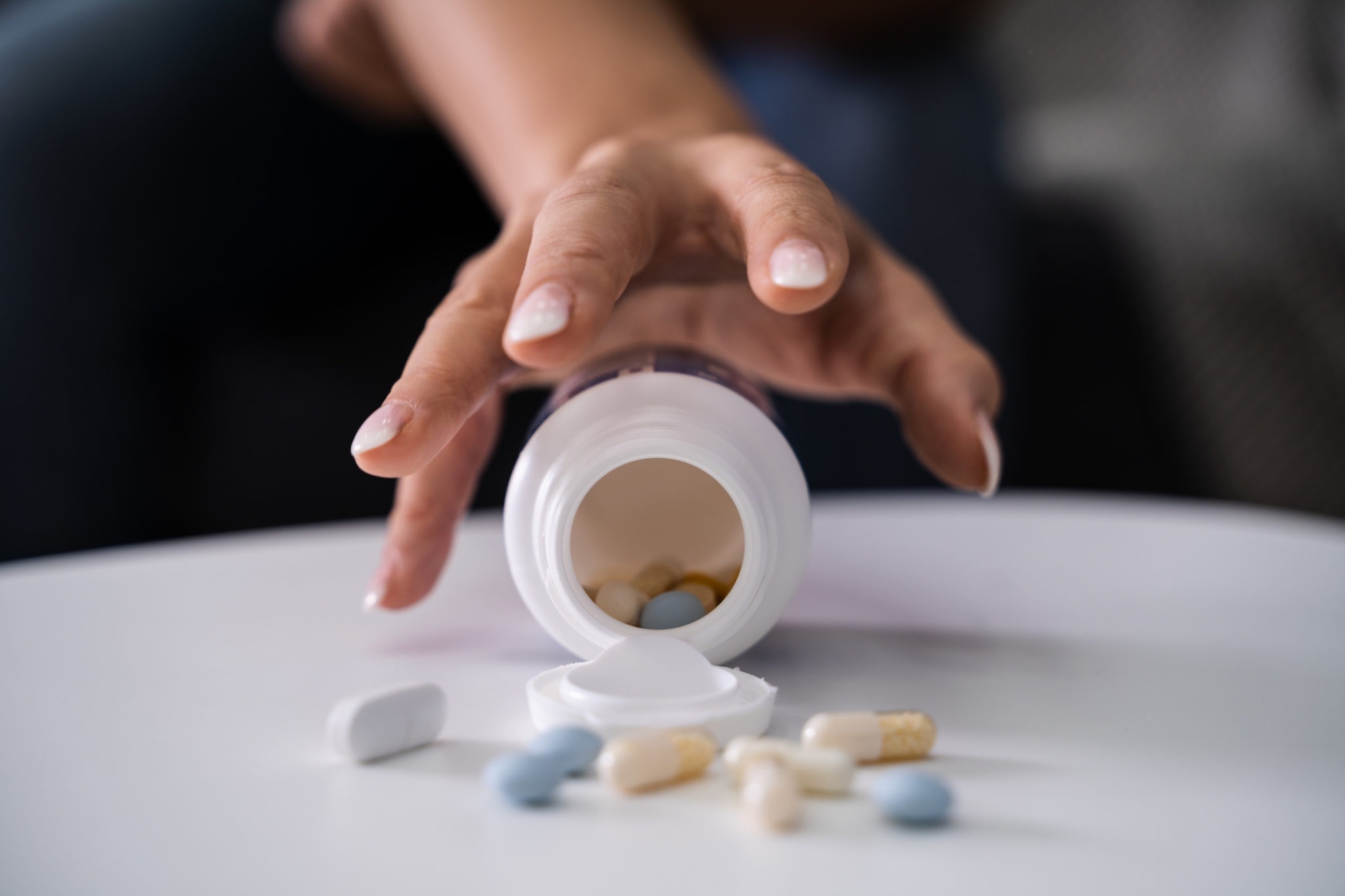 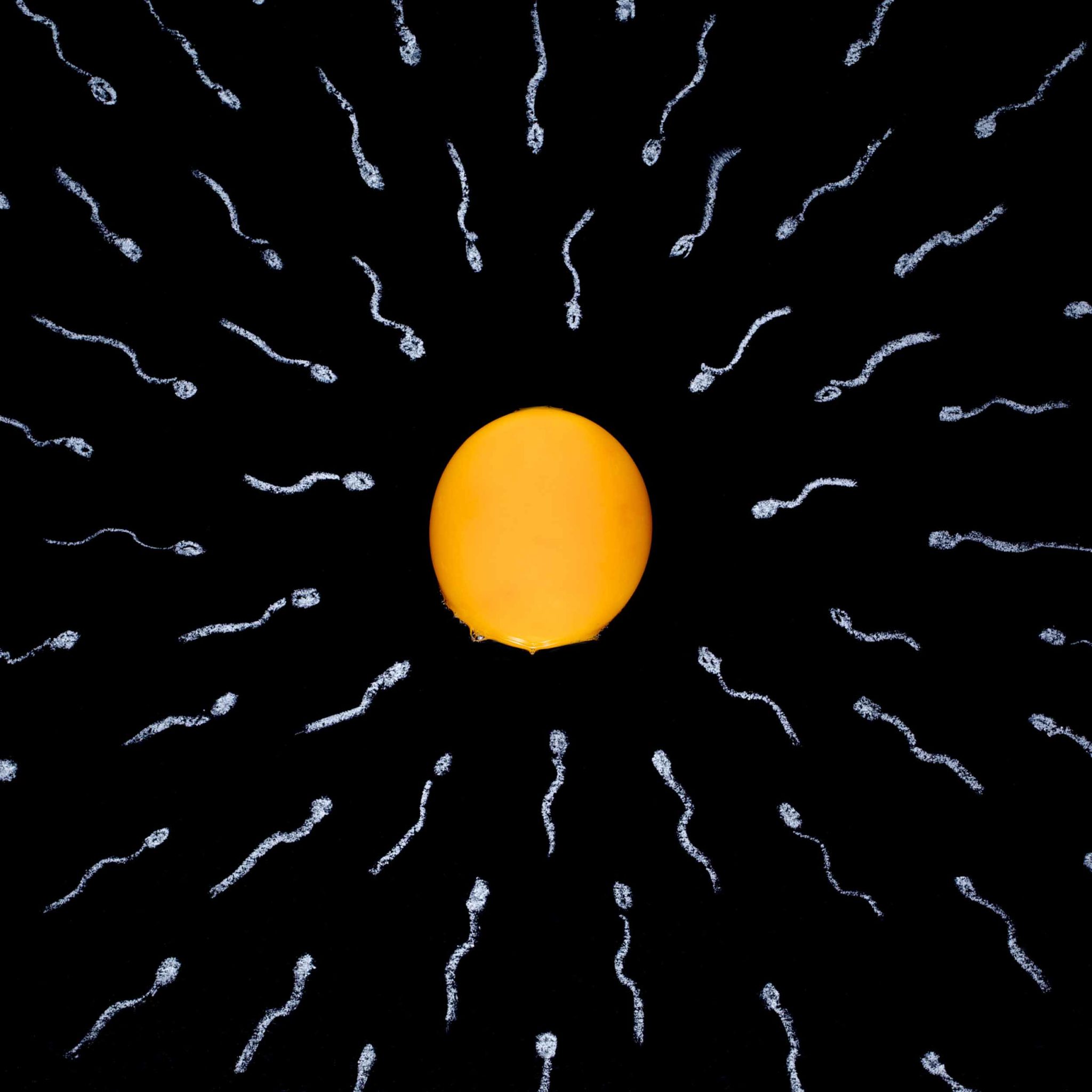 IVF or IUI: Which is the Right Fertility Procedure for You? 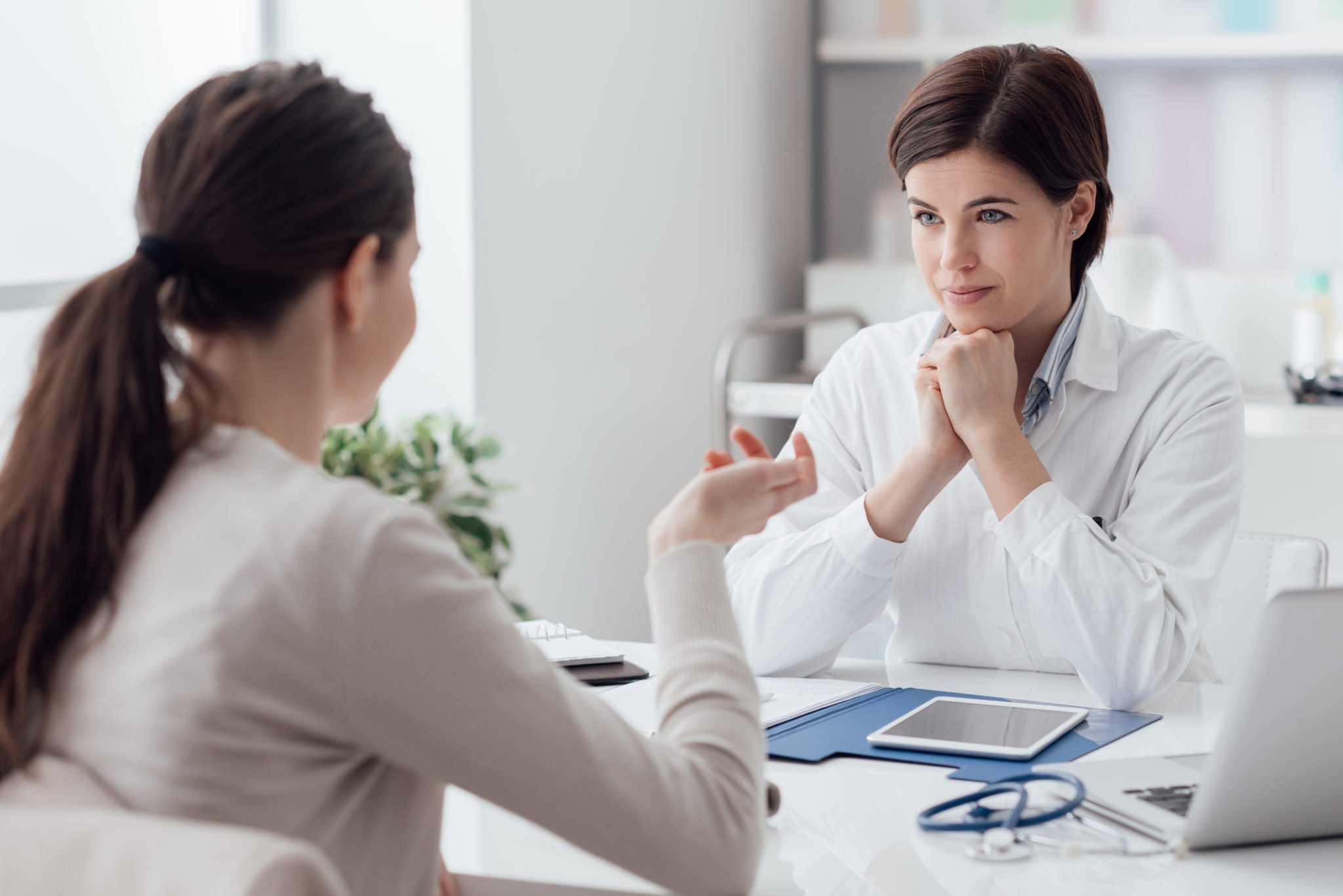