41 Advances in the Infertility Field In 41 Years 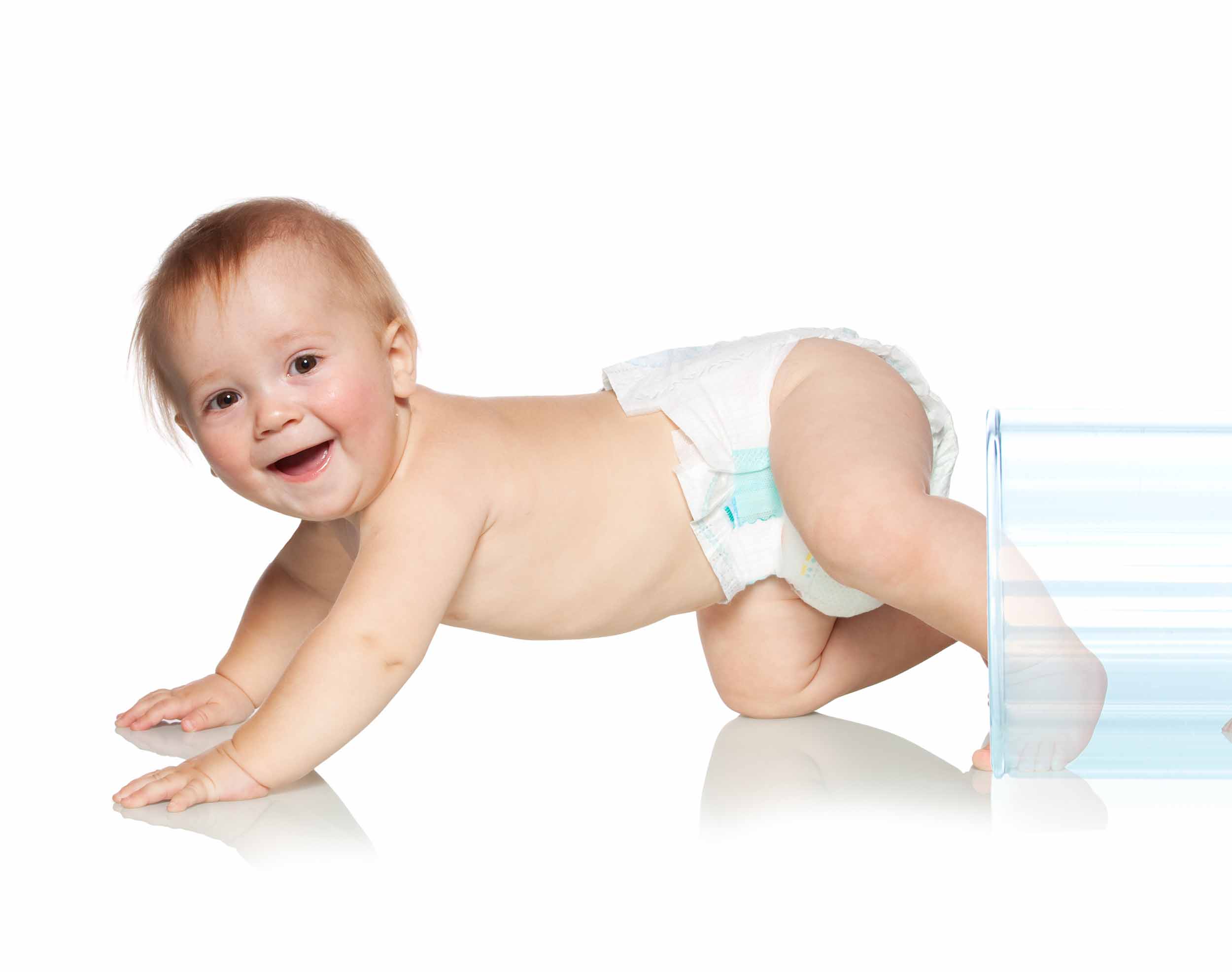 More than 8 million babies have been born around the world from IVF and other assisted reproductive technology since the birth of Louise Brown, the first “test-tube baby,” in 1978. As a practicing reproductive endocrinologist with more than 20 years of experience in the fertility space, I have seen an incredible transformation in infertility treatments.

Societal change and the acceptance of nontraditional parenting along with breakthroughs in science and medicine have expanded the frontiers of who can have a baby and how. Here are 41 developments that have revolutionized fertility treatments.

More women are focused on education and career. This means they are starting families later. It is also more common to hear about women having children in their late 40s and even at age 50. For example, Janet Jackson. They are most likely using donor eggs to get pregnant.

There is less stigma and shame attached to infertility as more people are talking about their experiences through social media. There are now hundreds of private Facebook groups for infertility support.

Former First Lady Michelle Obama has openly shared her struggles with infertility, as have many other notable figures and celebrities.  This transparency changed the landscape in the media and allowed more women to feel comfortable talking about their infertility.

Support groups for people struggling with infertility have proliferated online and at fertility centers.

Since the 1980s, 16 states have mandated offering at least some health insurance coverage for fertility treatment.

In 2018 more than 400 companies offered fertility benefits to their employees, according to Fertility IQ.

As the demand for fertility treatment has increased, along with the cost of treatment, some companies have developed methods to encourage more effective treatment protocols that improve the employee experience and control cost for employers.

Freezing sperm or eggs preserves the ability to have a family in the future, The procedure is used to avoid infertility from the side effects of cancer treatment or from delaying childbearing to later years.

10. Egg freezing as a lifestyle choice

Young women who want to concentrate on a career or who haven’t found a life partner increasingly turn to egg freezing to make sure they can still have a family when they are older. The age of the egg matters much more than the age of the mother in a successful pregnancy.

PGD (Preimplantation Genetic Diagnosis) may be used for gender selection, for family balancing or to avoid gender-linked genetic diseases.

Half-siblings from a common sperm donor can now find each other in online registries like 23andMe and Ancestry.com.

People with extra frozen embryos from IVF cycles may donate them to others who want to bear a child, usually through an embryo adoption agency.

Gestational surrogates have made parenthood possible for same-sex male couples, while also helping women who aren’t able to carry a baby to term.

15. Benefits of nutrition on fertility

A recent Harvard study found that folic acid, vitamin B-12, omega 3 fatty acids, and healthy diets like the Mediterranean diet were linked to positive effects on fertility.

Infertility is not only a “women’s problem.” Male factor infertility affects as many as 40 to 50 percent of infertility cases.

Mini IVF uses lower doses of fertility medications to stimulate the ovaries to produce eggs.  Fewer eggs are produced than with conventional IVF and although the success rates are lower, the medication cost is significantly reduced.

The average cost of an IVF cycle in the U.S. is $12,000, not including the cost of fertility medications, which can run over $10,000 per cycle.  Americans pay more for IVF than anyone else in the world.

The development of intracytoplasmic sperm injection in the early 1990s enabled men with poor semen quality to become fathers by injecting a single sperm directly into an egg in the lab.

Until recently, standard IVF procedure involved transferring two or three embryos in order to increase the odds of one embryo implanting.  This is much less frequently done now as it greatly increased the chance of multiple births, and “IVF twins” which had been common are now becoming rare.

A blastocyst is a five-day embryo. An embryo that grows for five days is thought to be a better prospect for a successful implantation than the old standard, a day-three embryo.

Flash freezing or vitrification has made it possible to freeze eggs and use them successfully in IVF treatment.

As vitrification has improved egg freezing, donor egg banks have become a new option as a source for eggs for women whose ovarian reserve is poor.

Radiation and chemotherapy can render female patients infertile.  Freezing eggs before treatment may allow cancer patients to have a biological child later. Preimplantation genetic screening (PGS)—PGS screens embryos for chromosome abnormalities, which cause miscarriages, Down syndrome, and Edwards syndrome.

PGS screens embryos for chromosome abnormalities, which cause miscarriages, Down syndrome, and Edwards syndrome.

Also known as co-maternity, lesbian couples can share childbearing.  One partner donates the egg for IVF, and the other partner carries the pregnancy.

As an alternative to freezing eggs, it is possible to preserve fertility in women prior to their undergoing cancer treatment by freezing ovarian tissue, prior to chemotherapy, and transplanting it back into the woman once the patient is cancer-free and is safe to get pregnant. This procedure was initially devised 10 years ago and while it’s still not commonly done, studies have found ovarian transplant to be safe and effective.

Currently in Development or Possible Future Directions for Reproductive Technology

36.Sperm and eggs from stem cells

Scientists have grown early-stage sperm and egg cells from stem cells in the lab. Still in very early stages, this technique could help infertile people in the future.

37. Extending embryo life in the lab

Researchers have recently grown embryos in the lab for 13 days, potentially providing crucial learning on how embryos develop during and after the window for transfer and implantation.

CRSPR, a new technique to edit genes, is being studied in animal models.  It holds promise for the treatment of single-gene disorders like cystic fibrosis and sickle cell anemia, as well as more complex diseases.

The Augment treatment involves attempting to improve egg quality by injecting mitochondria from immature egg cells into mature eggs.  Research has not yet proven this treatment to be effective.

In 2017 the first baby was born in the U.S. from a transplanted uterus, part of a clinical trial at Baylor University.  The procedure offers hope for women with absolute uterine factor infertility, meaning their uterus is non-functioning or nonexistent.

Imagine a future without infertility

We have accomplished so much in 41 years – just imagine what the next 41 will look like.  Although a mind-boggling concept, societal changes, research, and science are driving us closer to eliminating infertility entirely.

Additional Content on Infertility:
Intrauterine Insemination: Is It the Right Fertility Procedure for You?
IVF: What is it and When Should It Be Considered?
One Couple’s Journey on the Bumpy Road of Infertility

**LOVE OUR CONTENT? WANT MORE INFORMATION ON INFERTILITY, WOMENS’ HEALTH, AND HEALTHY LIVING?  SIGN UP FOR OUR WEEKLY NEWSLETTER HERE**

Barry Witt, M.D. is the Medical Director of WINFertilty and Greenwich Fertility.  He is a board-certified reproductive endocrinologist who has been offering reproductive care for more than 25 years. Dr. Witt is a fellow of the American College of Obstetricians and Gynecologists (ACOG), where he has served as the Chair of the Subcommittee on Reproductive Endocrinology for the Committee on Gynecologic Practice. He has been an active member of the American Society for Reproductive Medicine (ASRM) and a long-standing member of the Society for Assisted Reproductive Technologies (SART). In addition, Dr. Witt is a member of the Society of Reproductive Endocrinology and Infertility, the New York Obstetrical Society, the American Institute of Ultrasound in Medicine (AIUM), and the Westchester Obstetrics and Gynecology Society for which he has served as its president for the past three years. Throughout his career, Dr. Witt has received many prestigious awards and honors and has been listed among Castle Connolly’s Top Doc since 1998. He has authored numerous scientific articles in the field of reproductive endocrinology and infertility.
Dr. Witt received his undergraduate BA degree in Biology from Binghamton University, where he was elected to Phi Beta Kappa, and a medical degree from New York Medical College, where he was elected to the Alpha Omega Alpha Honor Society.  He completed his residency training in Obstetrics and Gynecology at the Albert Einstein College of Medicine in New York and his fellowship training in Reproductive Endocrinology at Tulane University in New Orleans. Following the completion of his fellowship, he joined the faculty at the Albert Einstein College of Medicine where he became the Director of the IVF Program until 2013 when he joined the NYU School of Medicine as Associate Professor of Obstetrics and Gynecology (clinical).