How to Survive a Hospital Shooting 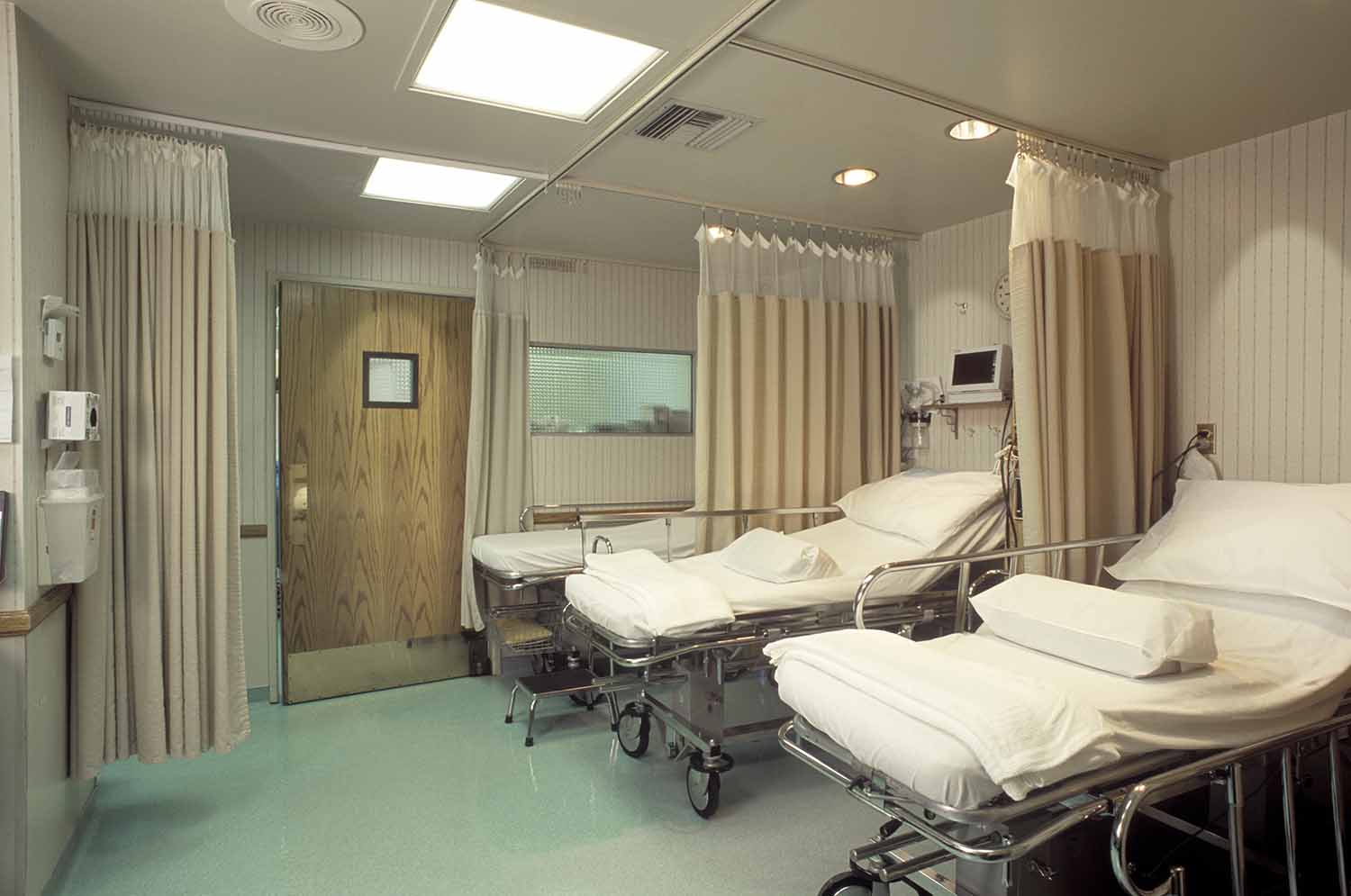 On Friday, June 30, 2017, a gunman opened fire on the 16th floor at Bronx-Lebanon Hospital Center in New York City. He killed one physician and wounded five other physicians before killing himself. In the chaotic moments that followed, two physicians from North American Partners in Anesthesia (NAPA) joined their colleagues and hospital staff to provide care for the wounded and help manage the unfolding tragedy. NAPA’s leadership team, from its base on Long Island, New York, provided support to their colleagues and friends on site and to the hospital’s leadership. How both the NAPA team and Bronx-Lebanon team pulled together—saving lives, facing danger, and providing support to all involved in the shooting—is a case study in leadership.

Dr. Dave Livingstone, NAPA site chief at Bronx-Lebanon, was writing orders on patients in the post-anesthesia care unit when he heard the first code silver over the PA system. Several additional overhead codes immediately followed, then a call for all available personnel, stat.

In those initial moments, it was unclear what was unfolding, how many victims were in need, and just what dangers might be encountered. Dr. Livingstone knew he needed to respond. He recalled, “No one knew for sure what was happening, but from the moment we all felt threatened, we all pulled together.”

He grabbed the anesthesia code bag and a colleague, Dr. Eun Jung Park, and together they ran toward the location. The two entered the elevator and pushed the button to go up. Instead, the elevator took them directly to the ground floor. The doors opened and SWAT officers in full gear began yelling commands as they pointed automatic rifles inches from their faces. Drs. Livingstone and Park were escorted at gunpoint out of the elevator and out of the hospital. The SWAT officers were systematically clearing the hospital. Everyone was considered a suspect. Dr. Livingstone knew the SWAT response protocol from the training he received during an active shooter course he attended with colleagues two years prior.

“I knew that if we did not comply with all orders, we would be considered hostile and could be shot.” He continued, “Staying calm and following their direction was probably one of the most difficult parts because everyone was scared.”

Once outside, Drs. Livingstone and Park made their way to the side of the hospital, identified themselves as anesthesiologists, and were ultimately escorted—still at gunpoint—into the Emergency Department (ED). That was the first moment they encountered the victims of the shooting. Doctors, nurses, and other staff members were carrying victims down the stairwell and into the ED. Once Dr. Livingstone arrived, he met Dr. Ajay Shah, the assistant vice chair of surgery, and together they started the triage process.

The first two victims were gravely injured. One had suffered a gunshot wound to the abdomen, resulting in severe trauma to the liver; the other had suffered a gunshot wound to the head. Both were intubated immediately. Drs. Livingstone and Shah rushed the victim with the abdominal wound to the OR. Three more wounded victims were also in need of emergency surgery and were urgently transported to operating rooms. A sixth victim had died. The surgical, anesthesia, and nursing teams frantically prepared five operating rooms for five trauma surgeries simultaneously.

Dr. Dale Anderson, NAPA’s managing partner, was in his car somewhere north of the Throgs Neck Bridge when he received a text message from Sheryl Blumberg, NAPA senior director of human resources, saying that there was a shooter at Bronx-Lebanon. “I knew that Dave and his team were in trouble and needed help, so I went,” Dr. Anderson said.

After arriving at the hospital, Dr. Anderson encountered a barricade of law enforcement. “When I explained who I was and what I wanted to do, they really worked to get me inside as fast as they could. Hundreds of police officers in full assault gear were positioned at the hospital entrance all the way up to and inside the OR.”

Upon arriving in the OR, Dr. Anderson located Dr. Livingstone, gave him a hug, changed into scrubs, got a quick report about what was happening in the five rooms, and asked where he was needed the most. Dr. Livingstone directed him to the patient with the liver trauma.

“What happened at Bronx-Lebanon was beyond what any institution plans for unless it’s a MASH unit in a forward military zone. All of us have had gunshot wounds at our hospitals. It’s very frightening, but that’s just one. Multiply that by five, and the scene goes from terrible to simply surreal,” said Dr. Anderson. “To this day, it’s hard for me to wrap my arms around what I saw. I’ll never forget it.”

Shooter at Bronx-Lebanon, all our people are okay

Dr. Sheldon Newman, NAPA regional director, recalls receiving a text message from Dr. Livingstone before anyone saw it on the news. The message was simple: “Shooter at Bronx-Lebanon, all our people are okay.” Word spread quickly throughout the NAPA office. The NAPA leadership team was quickly mobilized. Dr. Newman worked with Barbara Cerrone, NAPA senior director of marketing, to develop a brief message to send to the entire organization.

Dr. Newman explained, “NAPA is a very large organization. It also happens to be a very close-knit organization, and our people were genuinely concerned for Dave and all our staff at Bronx-Lebanon.”

In all, 16 NAPA staff members were working at the hospital at the time of the shooting. Dr. Newman said, “Our immediate response was concern for the safety of our people there, these poor victims, and everyone at Bronx-Lebanon during this horrific tragedy. How could we support them acutely, emotionally, for that evening and over the ensuing hours and days? It was the mission of the entire leadership that our only concern was for patient safety and the emotional stability of the staff.”

Dr. Livingstone commented on the support of NAPA leadership, “The team was comforted by Dr. Anderson’s presence. We felt the entire NAPA organization was behind us.” In fact, Dr. Livingstone received dozens of supportive messages from NAPA providers across the enterprise.

NAPA: All rowing in the same direction

As the hospital’s provider of anesthesia services, NAPA has a relationship with Bronx-Lebanon. NAPA identified the importance of communicating a consistent message of support to the Bronx-Lebanon clinical and administrative leadership. Tom Delaney, senior vice president of client services, commented, “I think it helped to convey that we were all rowing in the same direction at a very difficult time. That’s the kind of relationship we’ve been able to establish at this institution.”

Dr. Anderson noted, “The Bronx-Lebanon chief medical officer and leadership didn’t just have the OR to worry about, but also the entire institution. What we did was help them understand how to best manage the perioperative space. That’s where we live. Over the next four to five days, we helped ensure the staff had appropriate focus and that the patients were safe. They were appreciative of our insight.”

NAPA and Bronx-Lebanon leadership collaborated closely to ensure there was support for the perioperative team. Elective surgery cases were temporarily suspended to allow people to reflect and process what had happened. The NAPA and Bronx-Lebanon Human Resources Departments partnered to provide immediate and ongoing crisis management and counseling to the perioperative team. Staff was encouraged to speak about what had happened and were given the option of private counseling sessions on an as-needed basis.

Embroiled in the pandemonium, Dr. Livingstone credited the success of the response to team cohesion and working together toward a single goal. “I have read all kinds of management books and taken business courses, but living through this experience has really driven it home for me. When something like this happens, teamwork becomes a matter of life and death.”

Lessons learned in a crisis

Dr. Livingstone: “I learned the value of a well-coordinated team response. We talk about teams and how they function, but in the condition of extreme stress—when everything you do counts and every minute matters—it’s the team’s cohesion and the ability to work together toward a single goal. I have read all kinds of management books and taken business courses. We talk about it, but living through this experience has really cemented this, driven this home for me.”

Dr. Newman: “What I saw was the immediate and united response from all leadership. It never wavered in unanimity and commitment to supporting our staff and the patients and people at Bronx-Lebanon at all cost.”

NAPA plans to incorporate the lessons learned from this tragic situation into its leadership training programs. Barbara Cerrone, NAPA senior director of marketing, said, “We’re living in an age where, sadly, these acts are increasingly common, and we have a responsibility to educate our teams on how best to handle themselves and the situation, should it arise.”

The NAPA and Bronx-Lebanon leadership took responsibility to ensure immediate and ongoing crisis management in the perioperative team. Their actions exemplify the principles of Extreme Ownership, leadership lessons based on U.S. Navy SEAL training. The principles, embraced by The Doctors Company, have helped us build high-performance teams within our own organization.

Shelley Rizzo (L) received a Bachelor of Science in Nursing from Wright State University and a Master of Science in Nursing from the University of Utah. She is a Certified Professional in Hospital Risk Management, A Certified Professional in Patient Safety and a Certified Legal Nurse Consultant. Her experience of over 30 years includes clinical, administrative and leadership positions in neonatal, pediatric and adult care, as well as, hospital risk management, quality management, and patient safety with several reputable healthcare systems. In addition to investigating, analyzing and coding hundreds of complex adverse events, she also assisted in the development and implementation of a large physician peer review program, electronic adverse event reporting systems and patient safety transformation initiatives. Prior to joining The Doctors Company, Shelley worked as an independent risk management and legal nurse consultant.

Steven J. Weintraub, MD (R), serves as the Chief of Risk Management at North American Partners in Anesthesia. Dr. Weintraub graduated from UMDNJ Rutgers Medical School in Newark, NJ, with training in general surgery. He completed his residency and fellowship in obstetric anesthesia and critical medicine at the Yale School of Medicine in New Haven, CT. Dr. Weintraub has been a member of NAPA since 1985, working in areas of general anesthesia and obstetric anesthesia. He has been a director of pre-surgical testing for over 20 years. Dr. Weintraub is a member of the ASA, NYSSA, and the American Society of Risk Health Management. Dr. Weintraub is also an assistant professor at Hofstra University, NY.