How to Kill Pre-existing Condition Protections 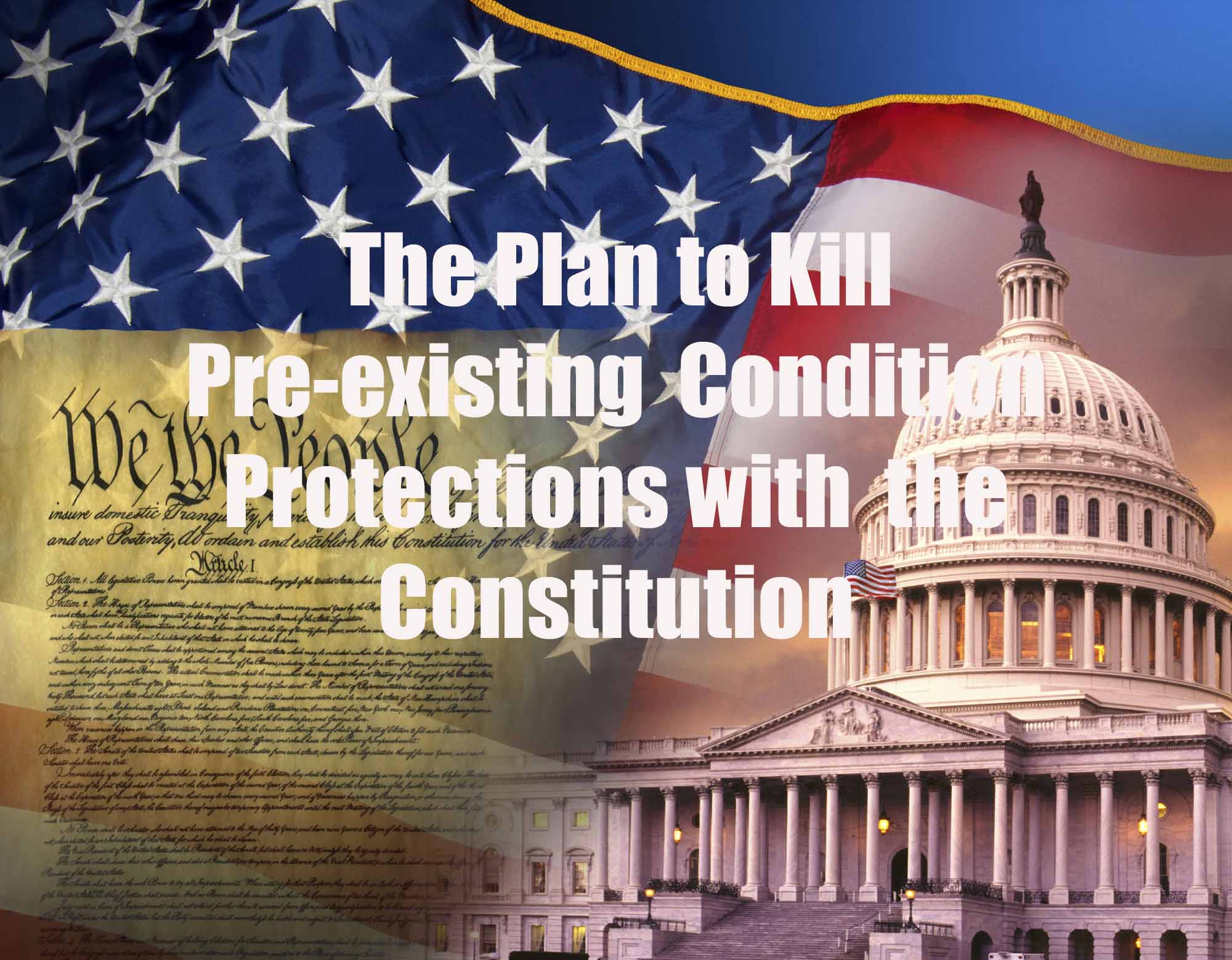 In identical letters to Speaker Ryan and Leader Pelosi with the express approval of the President of the United States, Attorney General Jefferson B. Sessions III outlined the reasoning the Department of Justice is using in its refusal to defend a legal assault, Texas v. United States, on three key provisions of the Affordable Care Act (ACA).

It is a bit convoluted but stick with me. There’s going to be a lot of spin once this story finally breaks through the barrage of news about North Korea, the G7, and the latest on the Mueller investigation. It will be important to understand what is being done and why.

There are three ACA provisions at risk and there are four major prongs to the Administration ’s strategy – three of them are aimed at declaring the individual mandate unconstitutional and other one tries to inextricably tie pre-existing condition protections to the constitutionality of the mandate. The provisions are:

Although the first provision is reviled by many, particularly Republicans or those who lean Republican, the latter two are wildly popular even in Congress. And, no wonder. According to a study by the Kaiser Family Foundation, 27% of adults under 65 have a condition that would make them uninsurable. In eleven states, many of which have joined the Texas v. U.S. lawsuit, that number is higher ranging between 30-36%.

The four prongs of the Administration’s strategy to decline to defend the ACA in the Texas case are largely based on Chief Justice Roberts written opinion in a Supreme Court case known as the National Federation of Independent Business v. Sebelius or NFIB for short. They are as follows:

The fourth prong, the one that tries to tie the constitutionality of the mandate to the pre-existing condition protections is more difficult for those without specialized legal training to fathom. It goes like this. Although the plaintiffs in Texas v. United States are arguing that the individual mandate cannot be severed from the rest of the ACA and therefore the entire statute should be invalidated, the A.G. is arguing instead that if the individual mandate is unconstitutional it can be “severable” from all ACA provisions except the guaranteed issue and community rating provisions. In his letter, he uses language from the Department’s prior determination in relation to the Jobs Act that describes the mandate as essential to the operation of the guaranteed-issue and community rating provisions as justification for this position.

He goes on to say because the Department believes that the mandate can be severable from all of the rest of the ACA except the pre-existing condition protection provisions, the Department is not going against the “general practice of defending the constitutionality of federal law” when they refuse to defend the constitutionality of the three provisions outlined above. Despite this assertion, just such claims have already been levied.

This convoluted strategy is politically risky given the popularity of the pre-existing condition provisions. There are simply too many Americans who have one or more of these conditions and many more who remember the bad old days when getting denied coverage for trivial or episodic conditions, such as low back pain or skin rashes was routine. The Administration may be counting on the fact that the arguments in the case are so complex and technical that voters will be swayed by slogans and spin instead of facts. Being informed about the underlying issues and arguments is one way that voters can begin to make sense of yet another attempt to kill off a law that has helped so many of our fellow Americans gain access to much-needed health insurance coverage.

Originally published 6/15/2018, this story is being republished today so that you have information you need to understand the issues in the critically important Texas vs. Azar case that has just started.